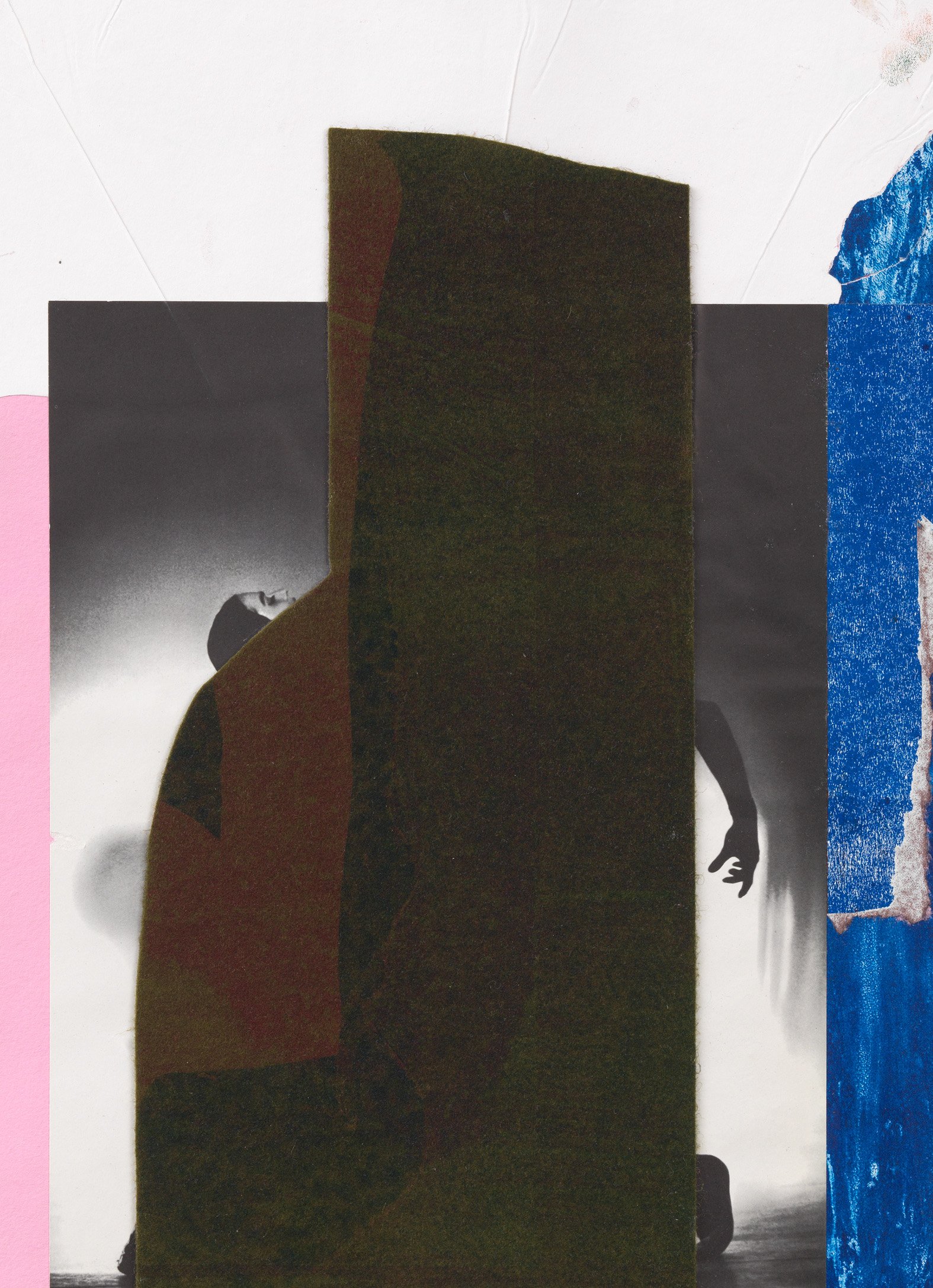 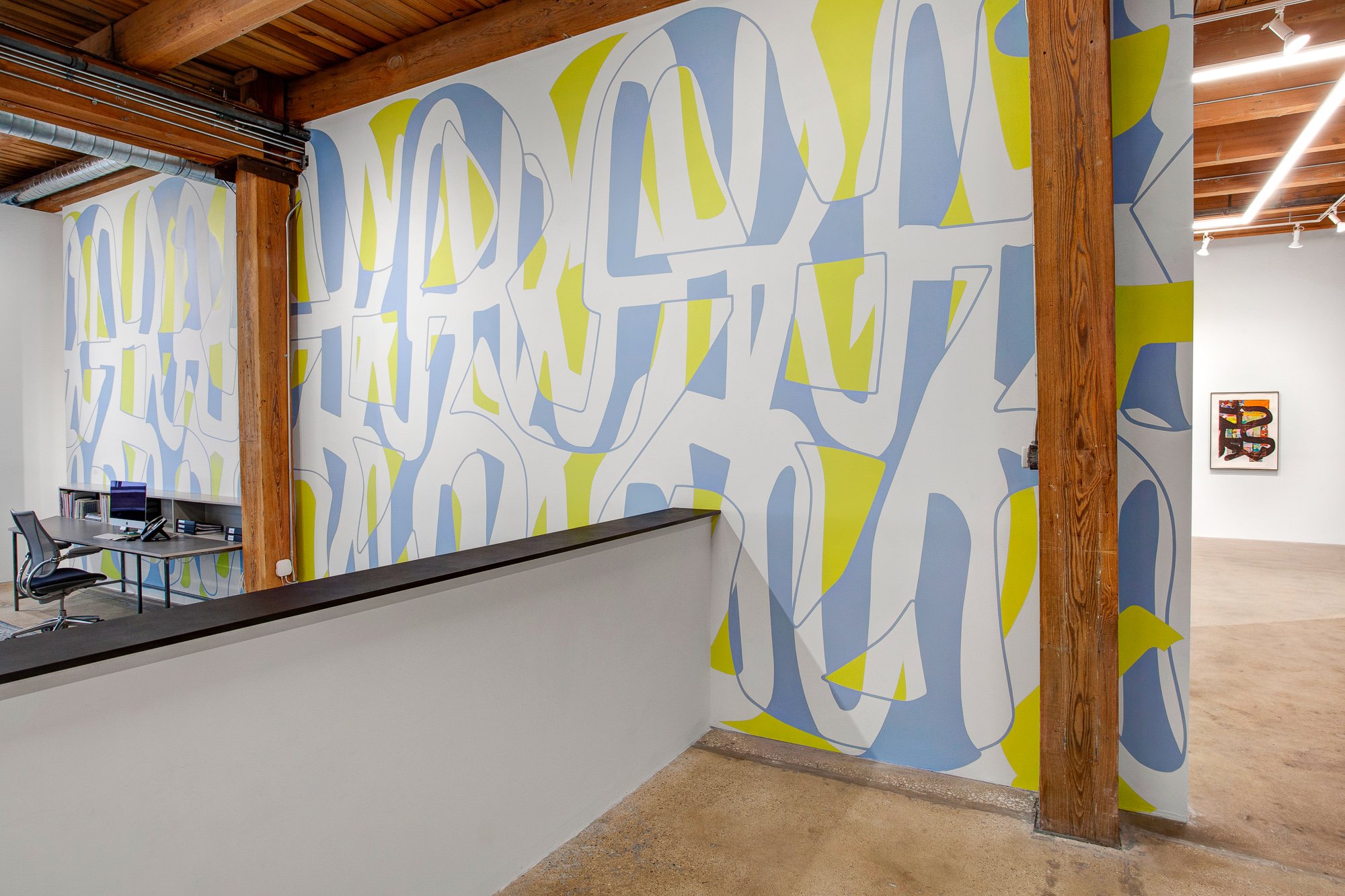 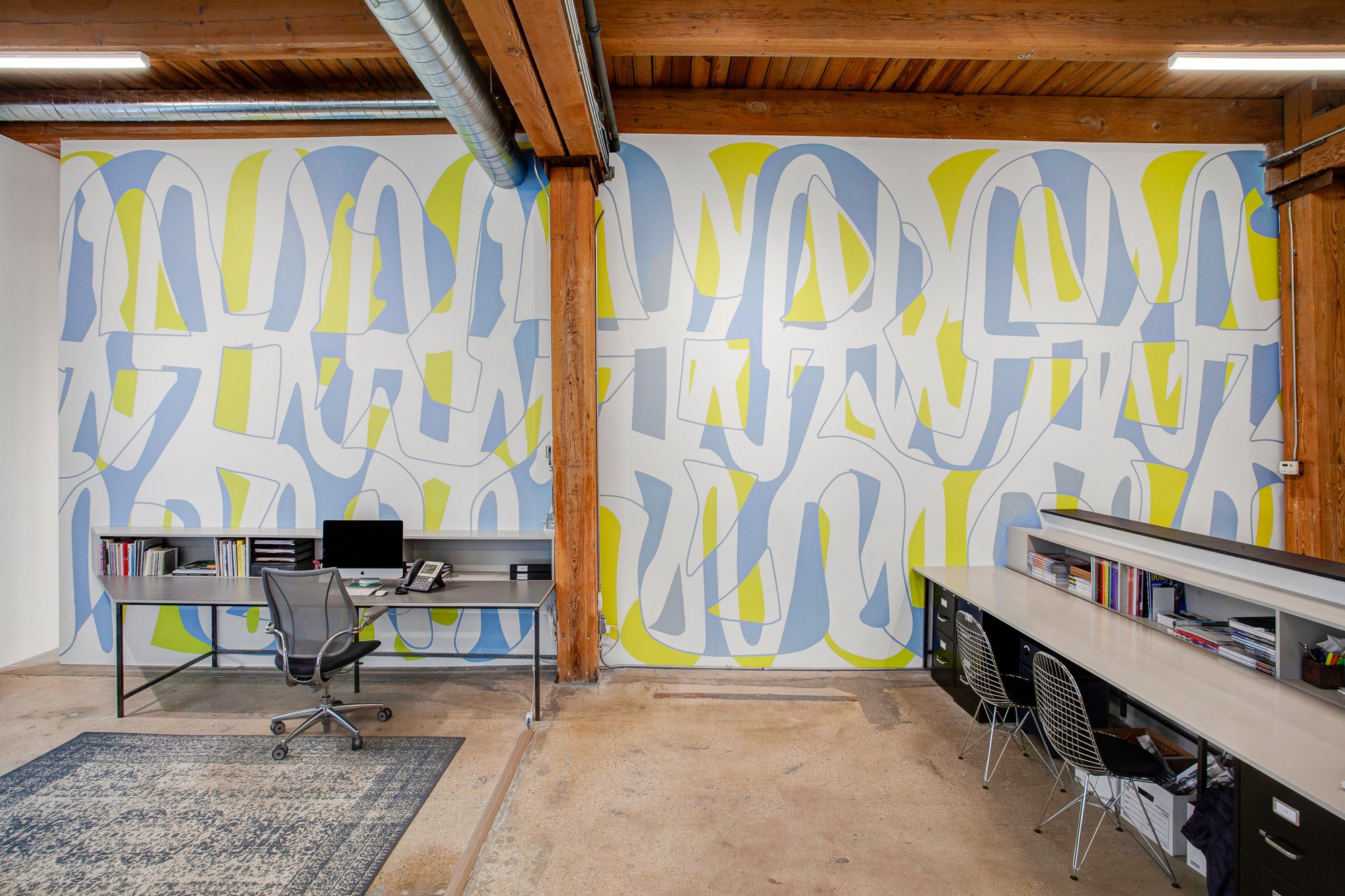 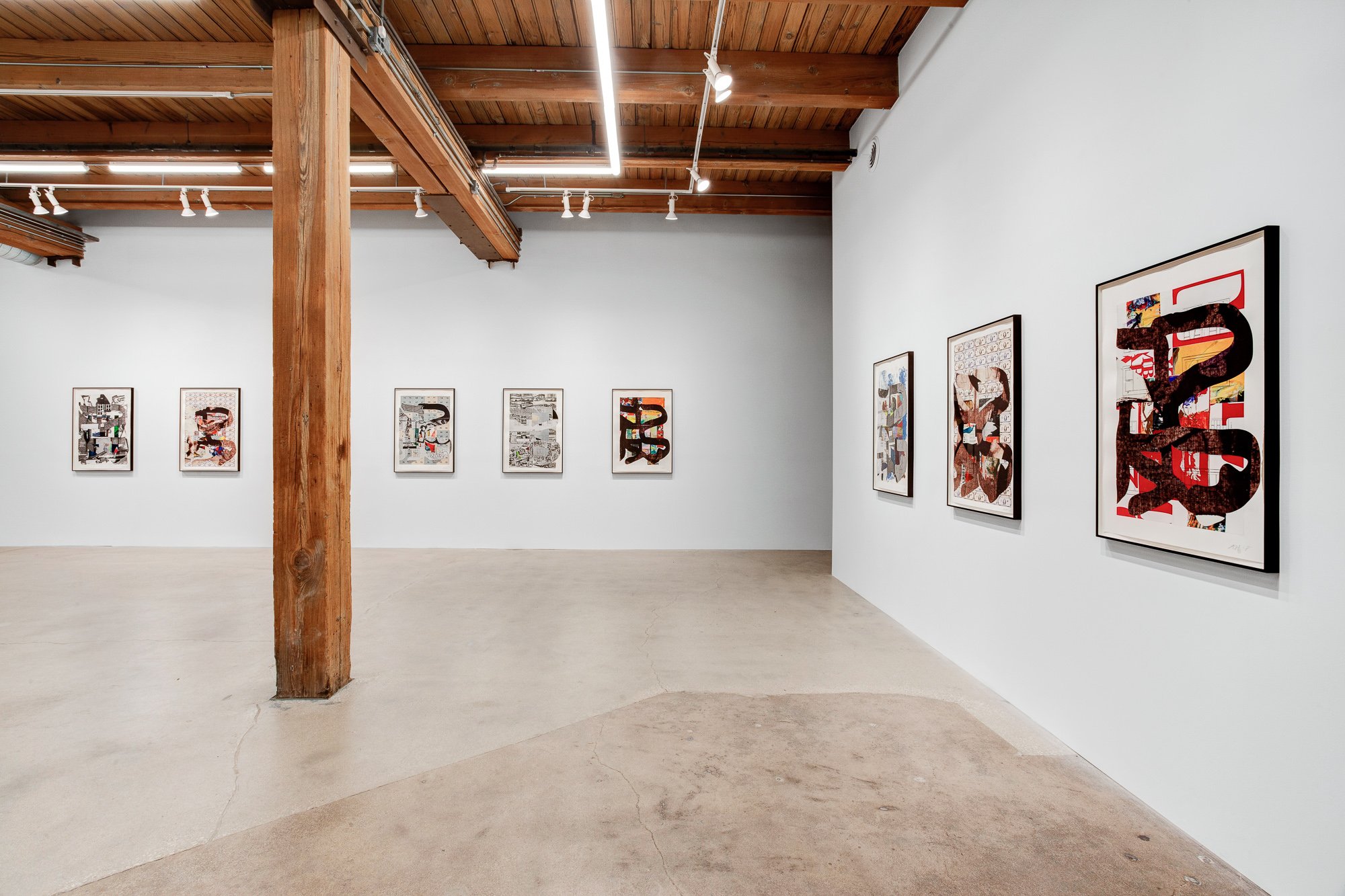 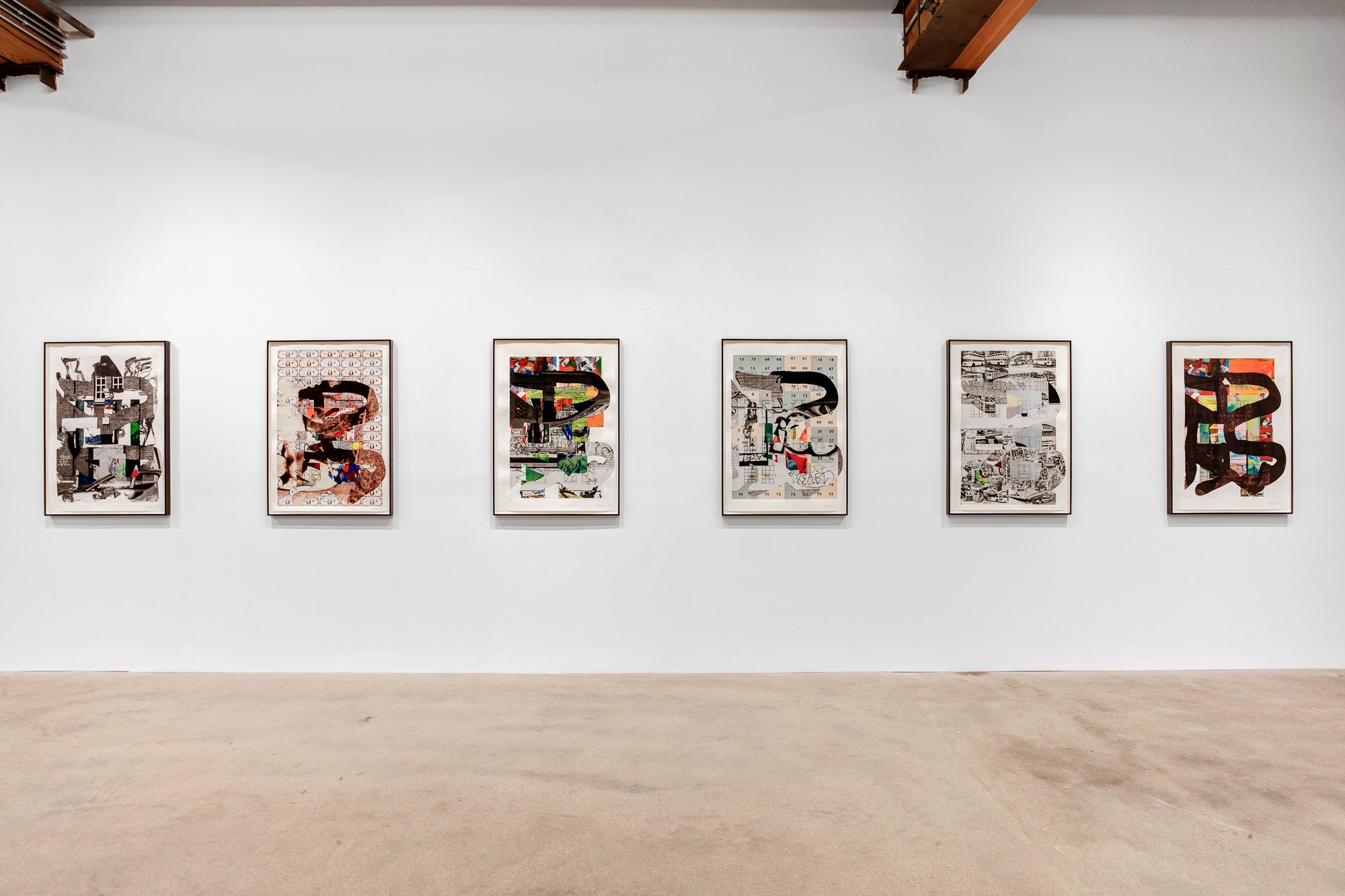 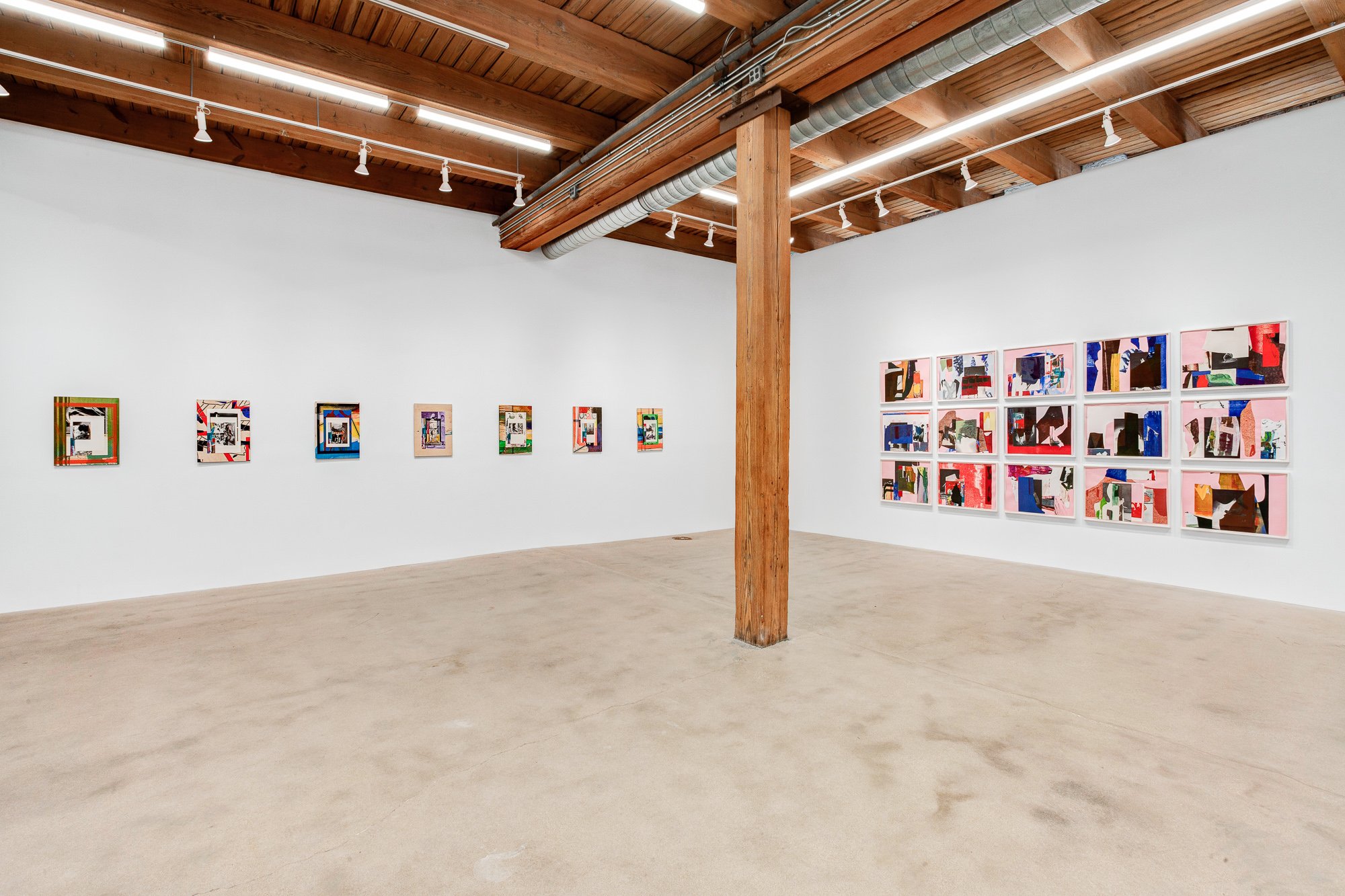 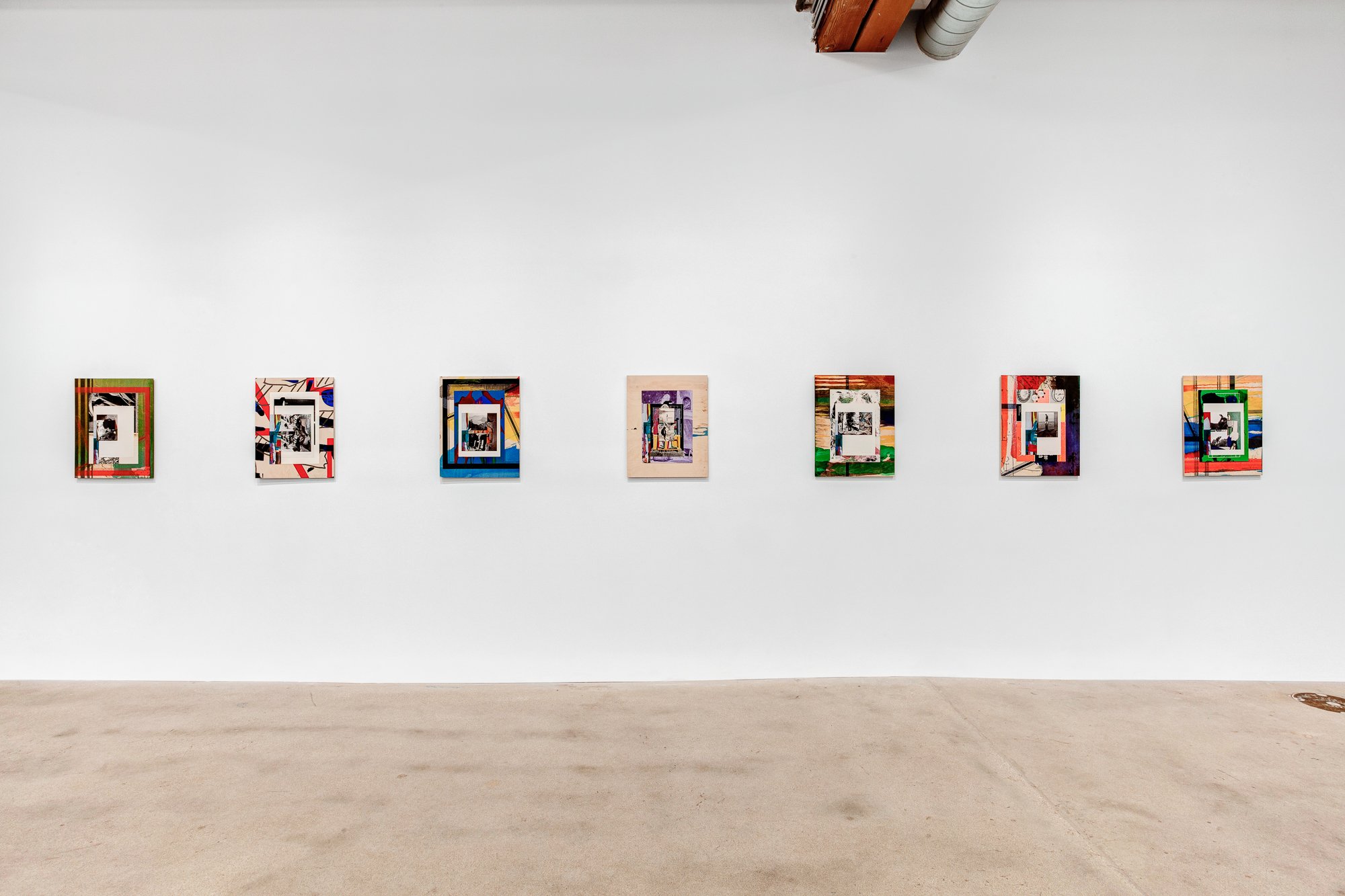 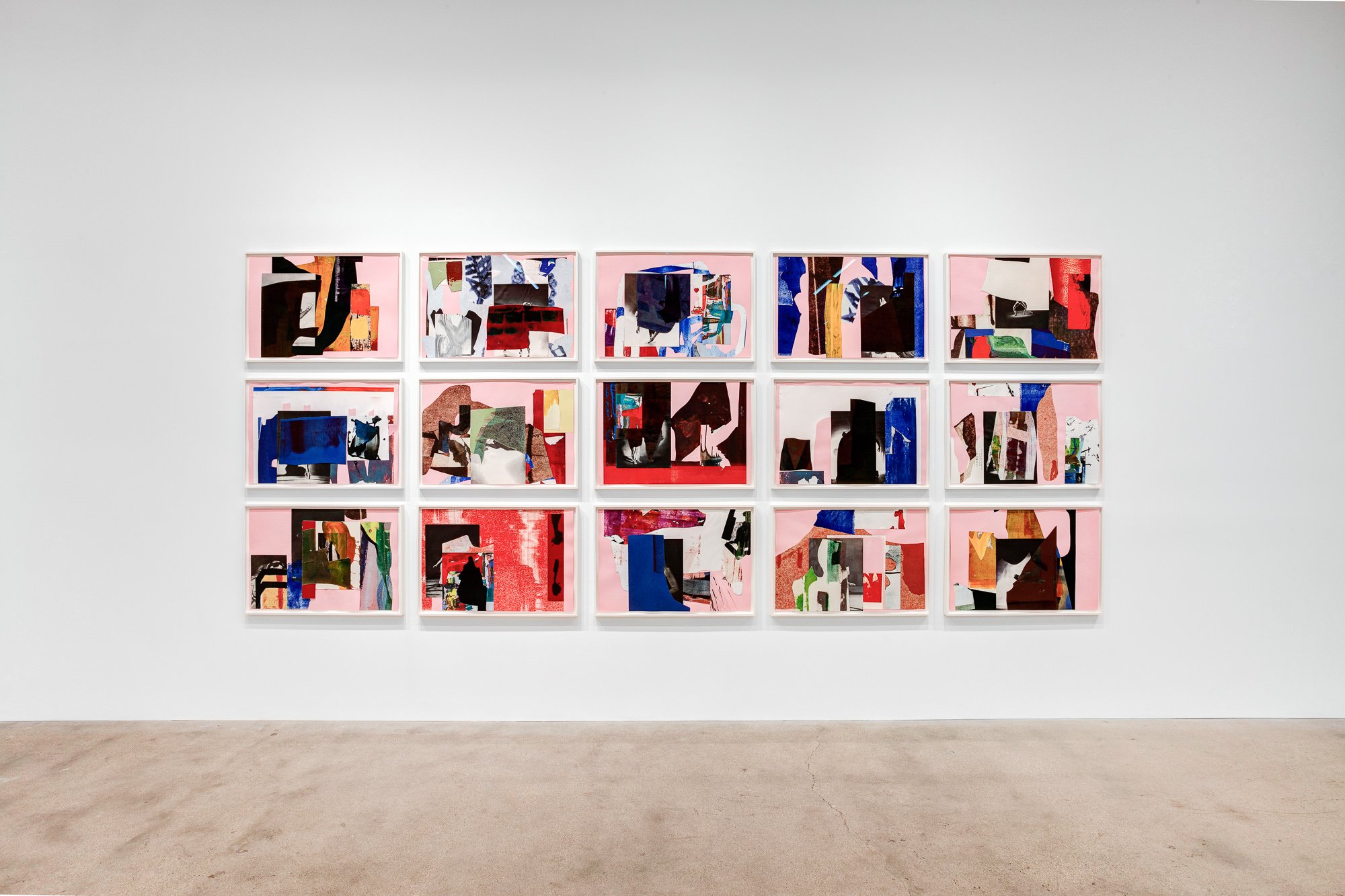 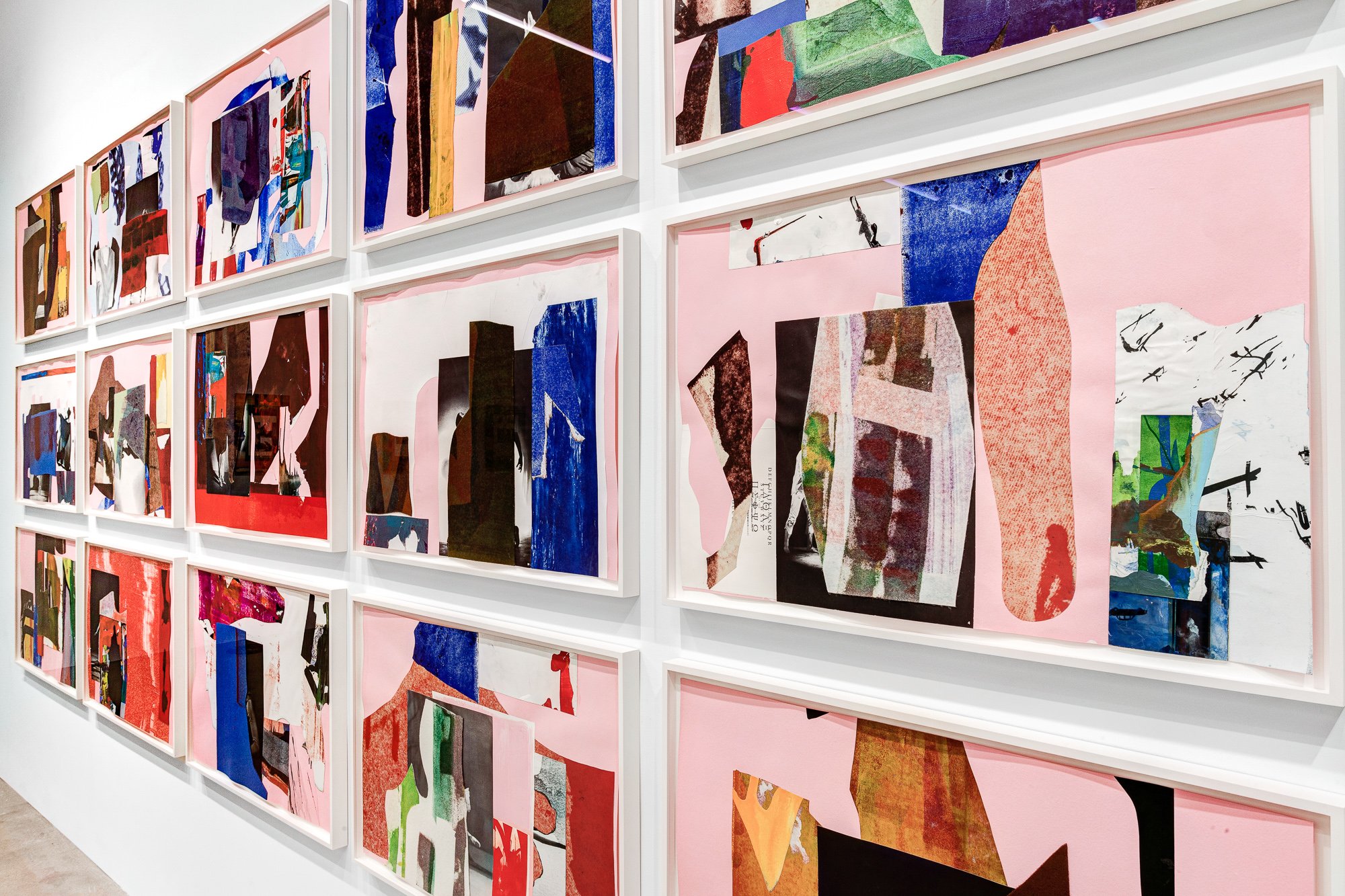 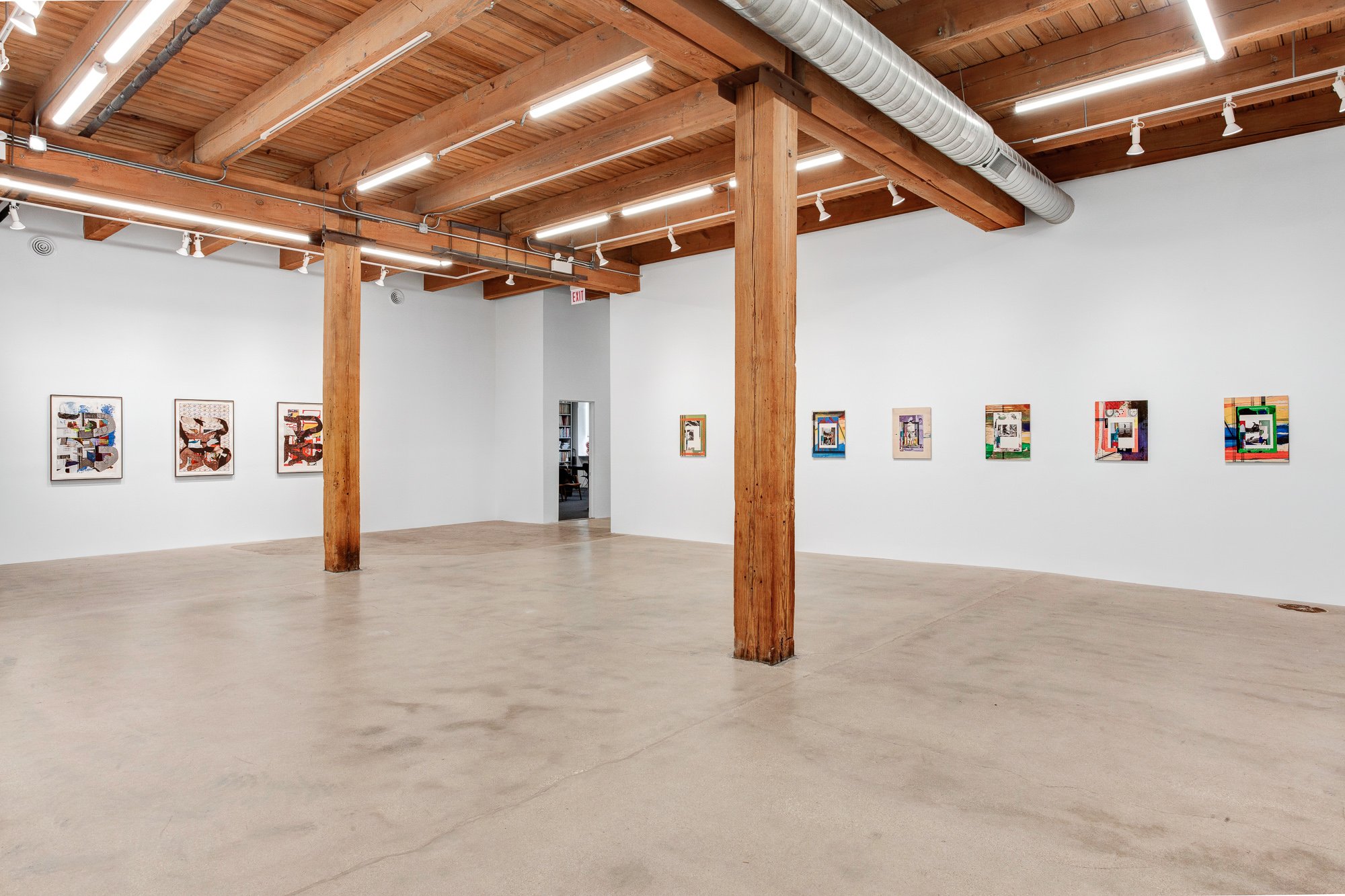 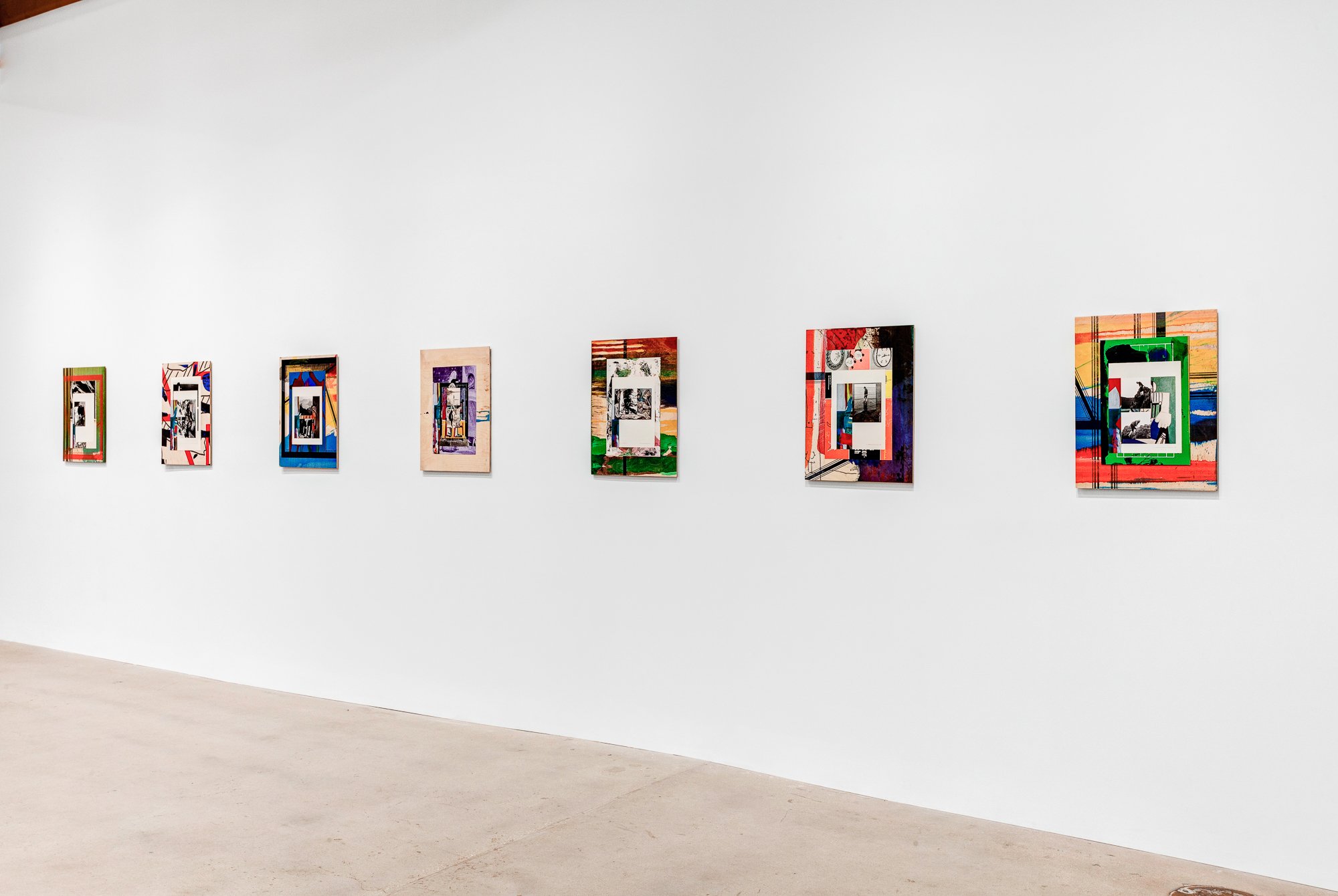 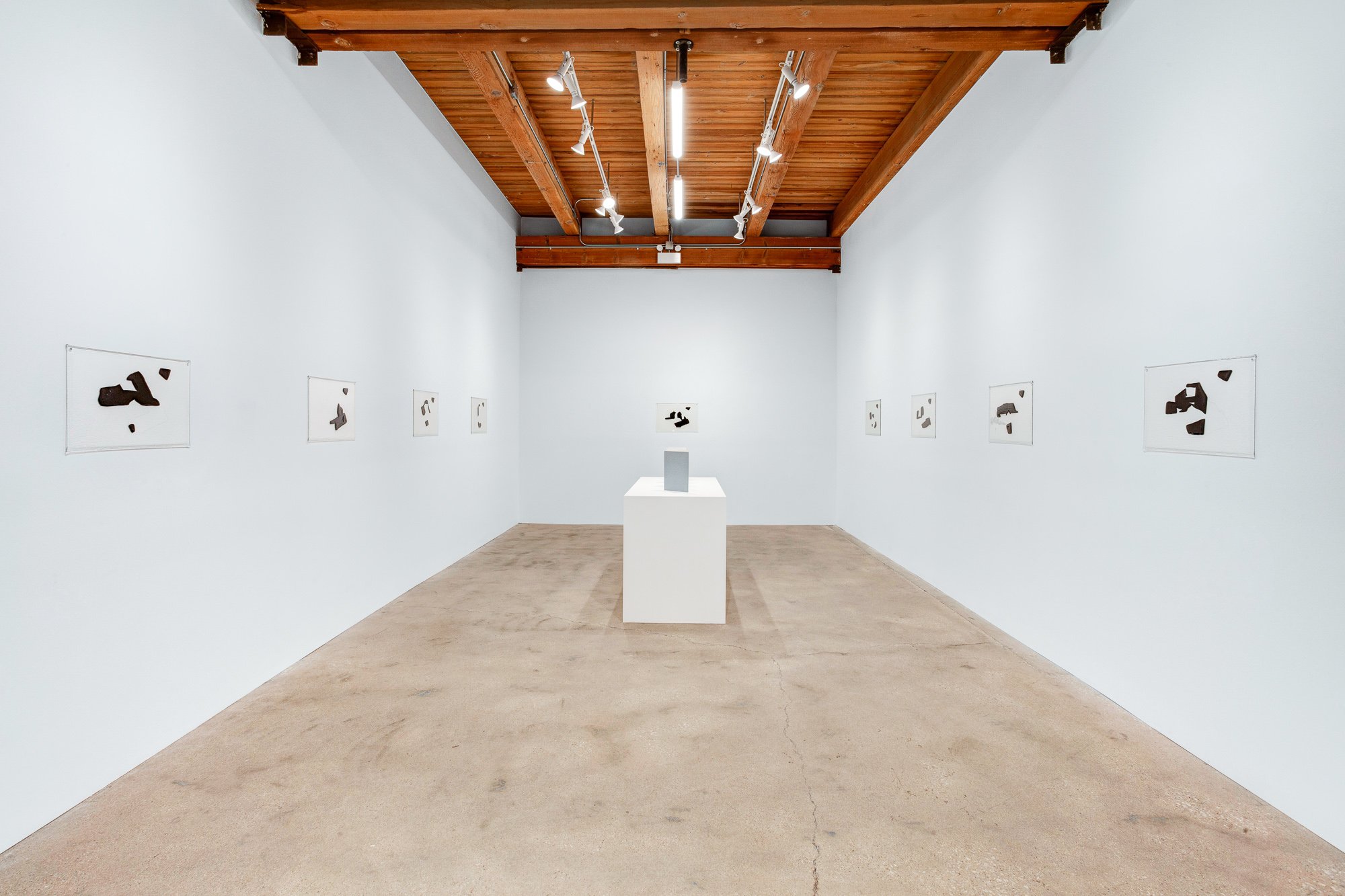 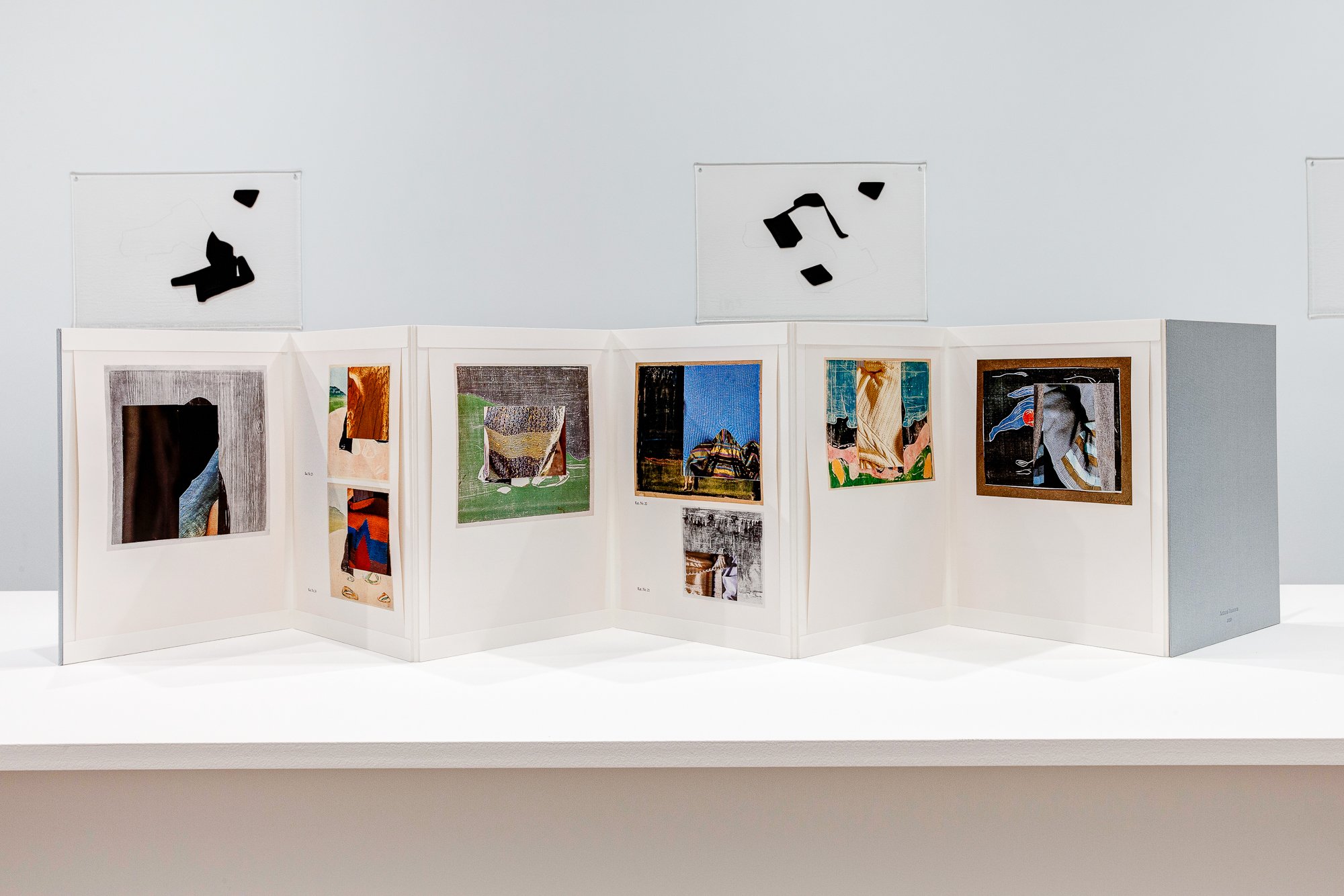 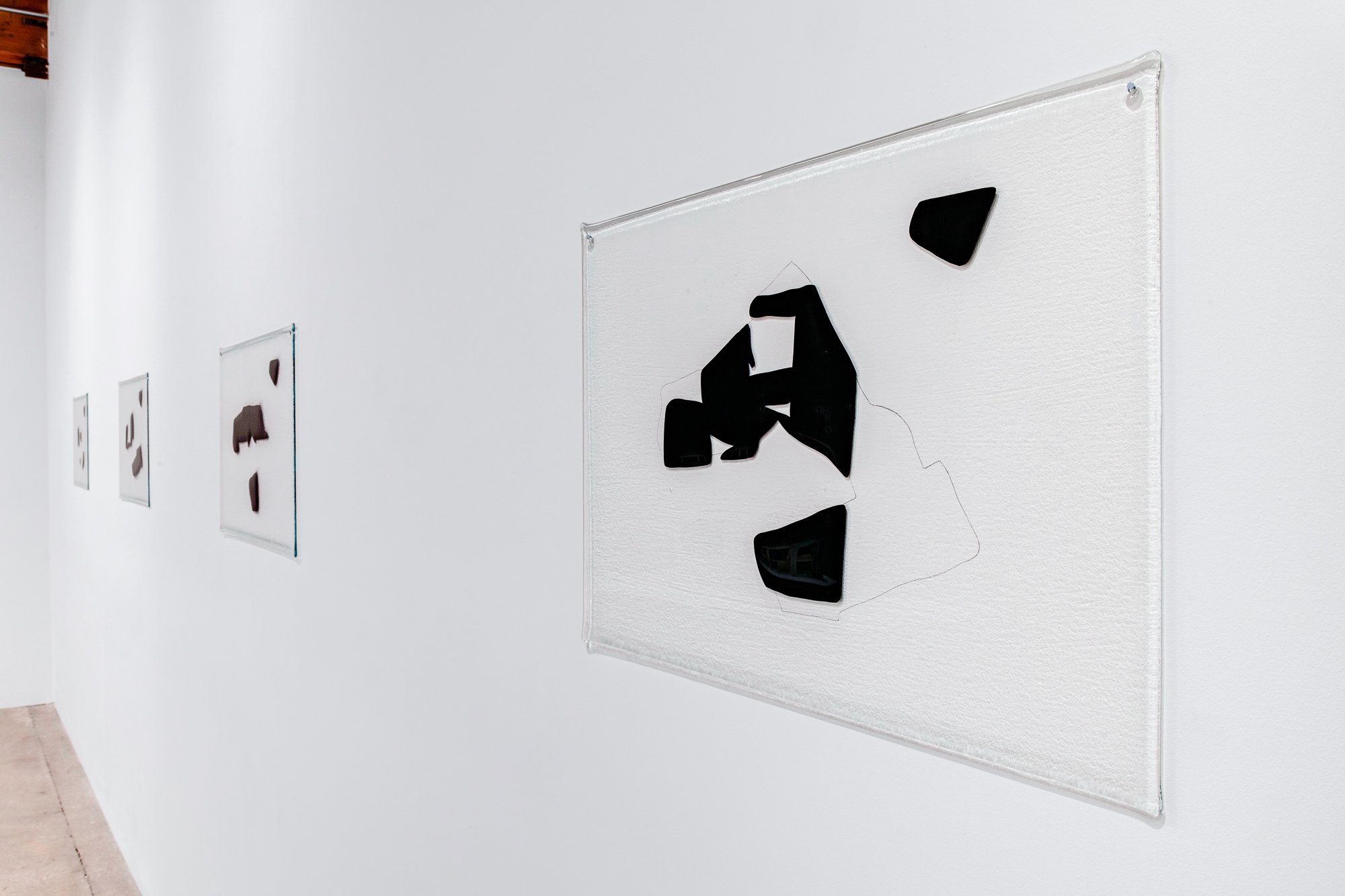 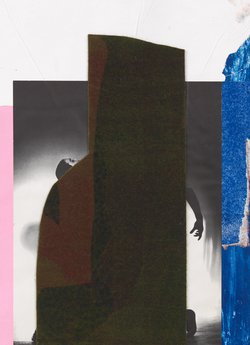 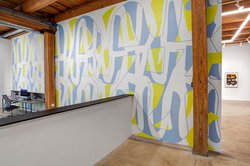 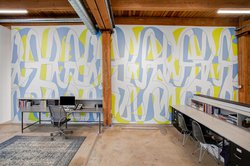 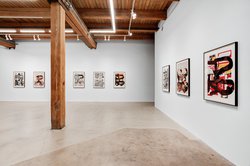 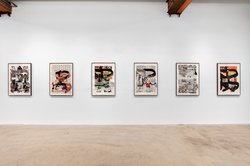 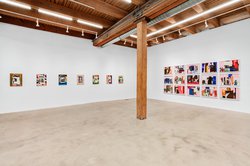 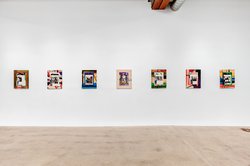 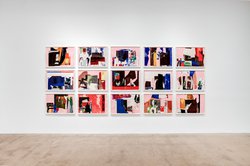 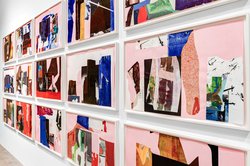 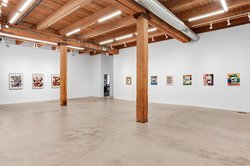 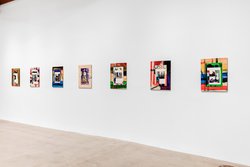 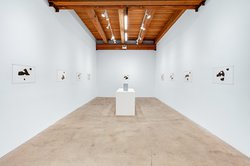 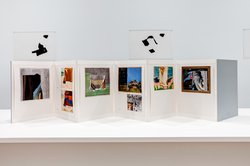 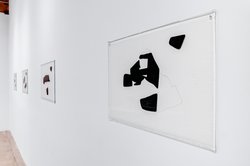 Corbett vs. Dempsey is pleased to present an exhibition of new work by Arturo Herrera. This is the artist’s third solo exhibition with the gallery and is on view from November 22 through December 21, 2019. Dance circulates as a subject and a model that is evoked, notated and enacted through the medium of collage, using a diversity of materials such as handmade paper, painted wood, aluminum, printed paper and glass. The works’ pictorial presence traces to specific channels that Herrera opens between the two media – dance and collage – to imbue each of their internal elements/references with a hybrid intensity. The essential layering of fragments in collage cumulatively suggest the space of stage and stage props, vanishing points, step patterns and lines of motion that seem to play out in real time. Herrera’s most recent site specific installations can be found at the Kunst-Station im Hauptbahnhof Wolfsburg and Städtische Galerie Wolfsburg, Germany; at Galleri Bo Bjerggaard, Copenhagen, Denmark; at the Officine Grandi Riparazioni / OGR in Turin; Bloomberg European Headquarters in London; and at the West Elm building at 8366 Beverly Boulevard in Los Angeles in conjunction with the exhibition How to Read El Pato Pascual: Disney’s Latin America and Latin America’s Disney organized by the MAK Center for Art and Architecture. In 2016, Tate Modern commissioned Herrera to create a long-term wall painting for the sixth-floor restaurant. Herrera was born in Caracas, Venezuela in 1959, and received his bachelor’s degree from the University of Tulsa and an MFA from the University of Illinois at Chicago. He currently lives and works in Berlin. Opening reception, Friday November 22, 6-8 pm