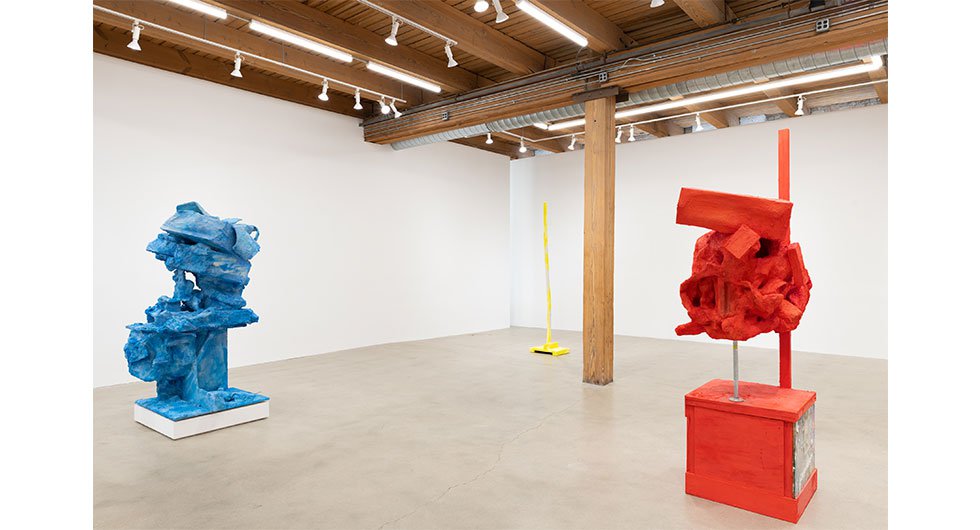 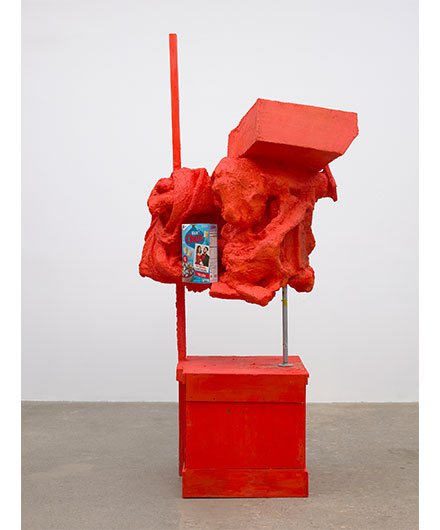 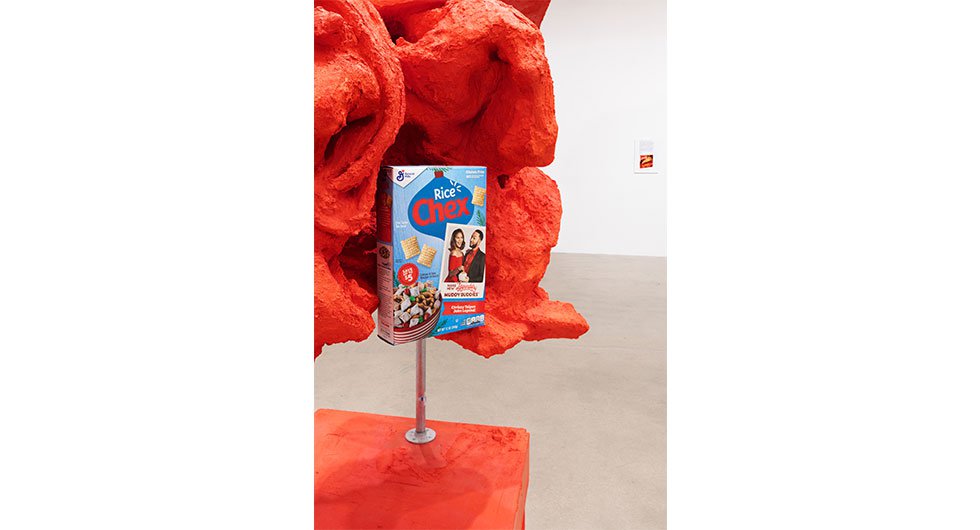 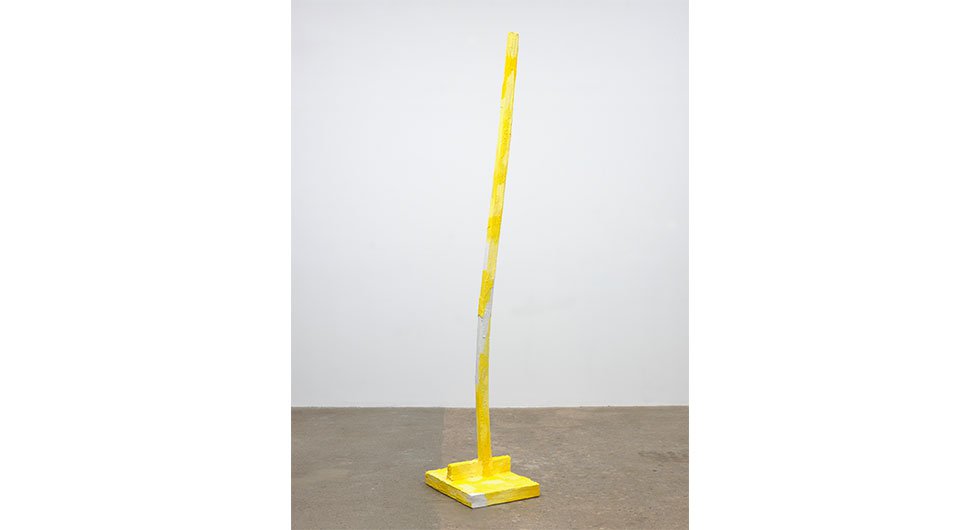 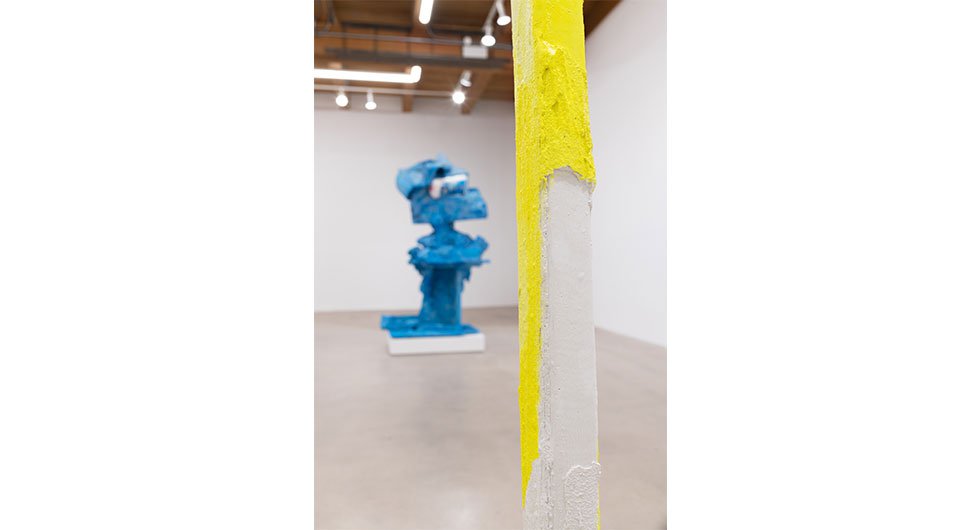 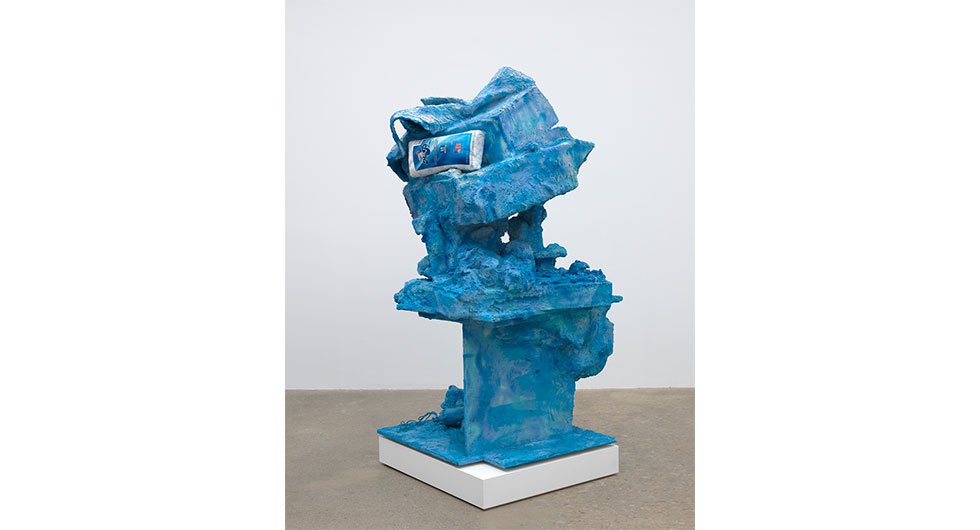 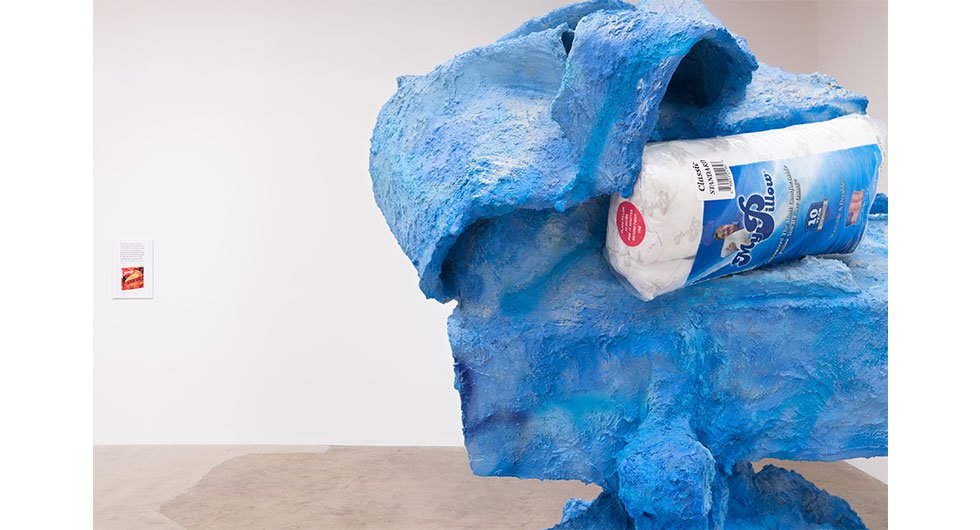 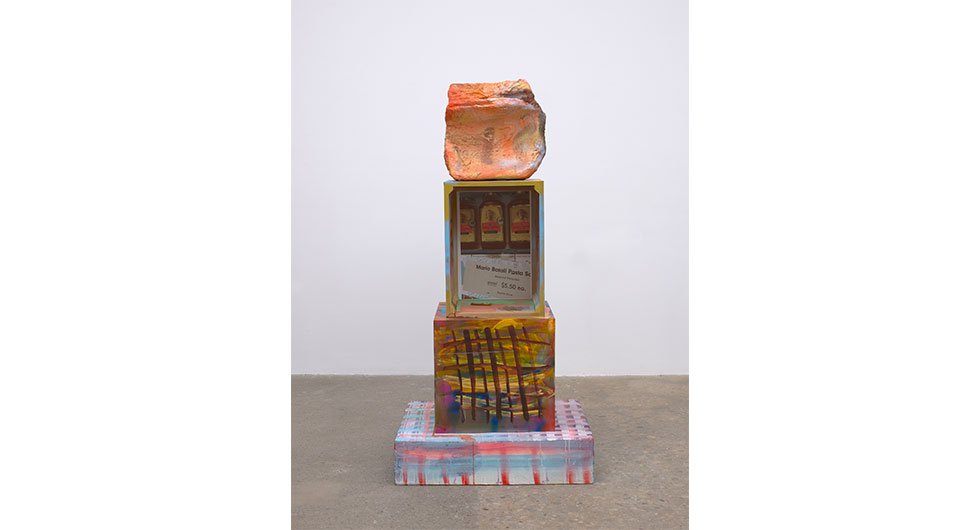 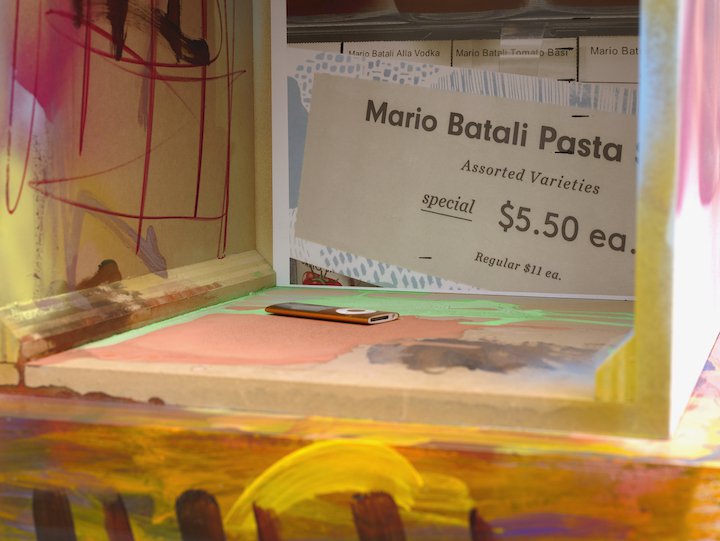 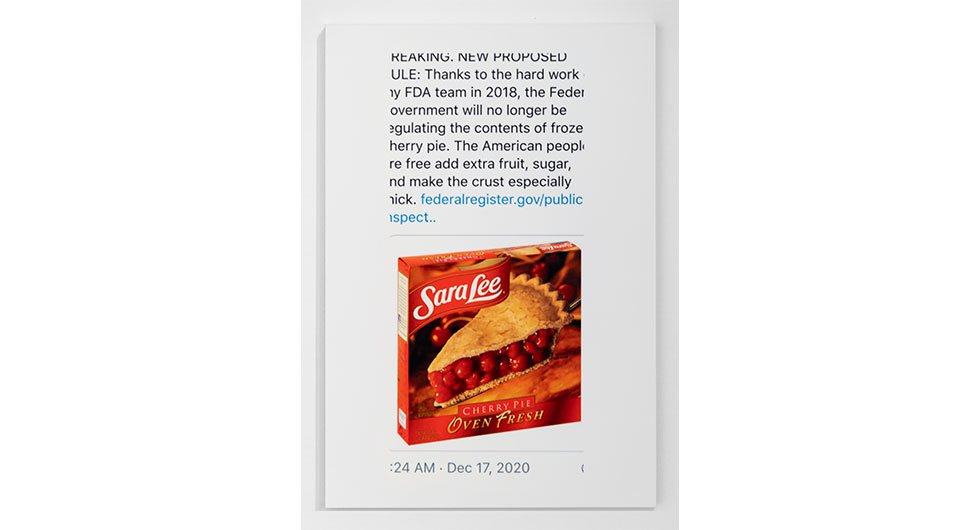 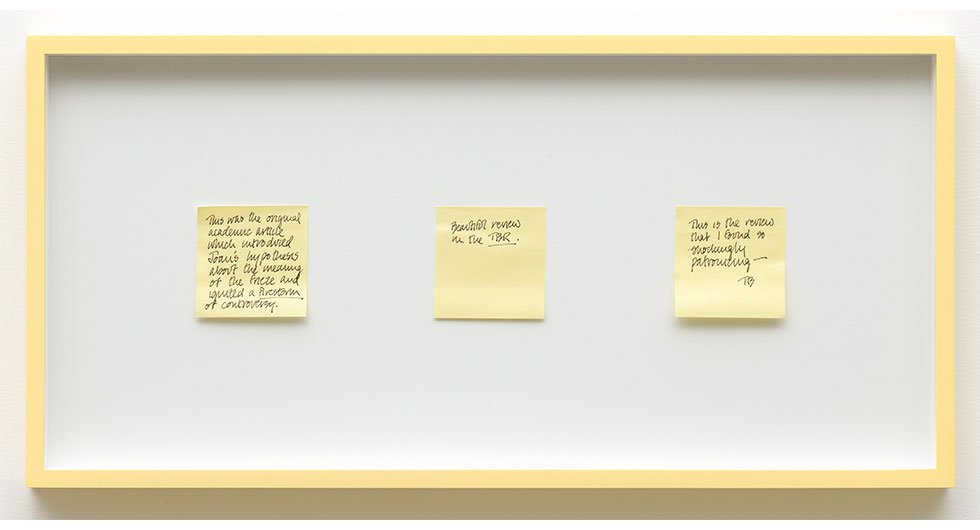 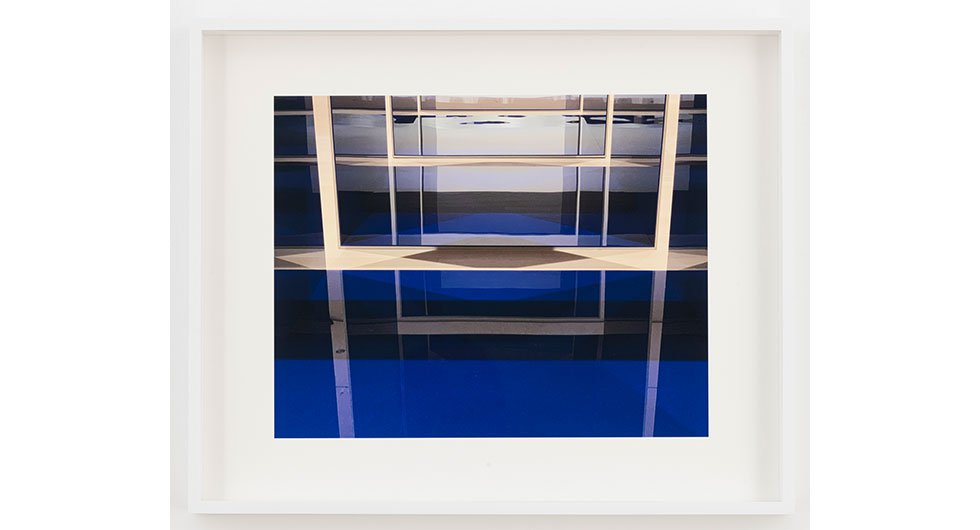 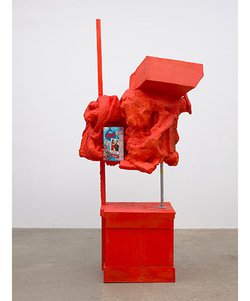 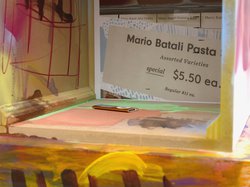 Corbett vs. Dempsey is pleased to present Assorted Varieties, an exhibition of new work by Rachel Harrison. This is the gallery's first solo show with Harrison and the artist's first gallery presentation in Chicago.

In Assorted Varieties, Harrison unveils four major sculptures and three wall works. Of these large-scale pieces, three are in theory monochromatic – red, blue, and yellow. However, their variegated hues almost chide the idea of the monochrome, revealing a subtle pandemonium of shades and temperatures residing in craggy surfaces, torqued volumes, and inset objects. The wall works roughly map onto the color scheme of the sculptures, recast in different media – a framed set of post-it notes, an enigmatic abstract photograph (titled Photograph), and a blown-up screen grab of a frozen cherry pie with associated Tweet. Everything in Harrison's artistic ecosystem is buzzing with latent meaning – nothing is arbitrary, and nothing is obvious.

Since emerging on the international art scene in the 1990s, New York-based artist Rachel Harrison has built a critically incisive oeuvre consisting of work in various media. The subject of an acclaimed survey at the Whitney Museum of American Art in 2019, Harrison is most widely known for her masterful and irreverent sculptural work, which incorporates an ingenious formal sense within an apparent (but illusory) defiance of formalism. As art historian David Joselit has succinctly written, she "makes sculptures that defy description." The work is sensuous and strategic, serious and uproarious, self-referential and wildly omnivorous, ranging across historical points of reference drawn from both fine art and popular culture.

Opening reception will be held Friday, November 19th from 5pm-7pm.