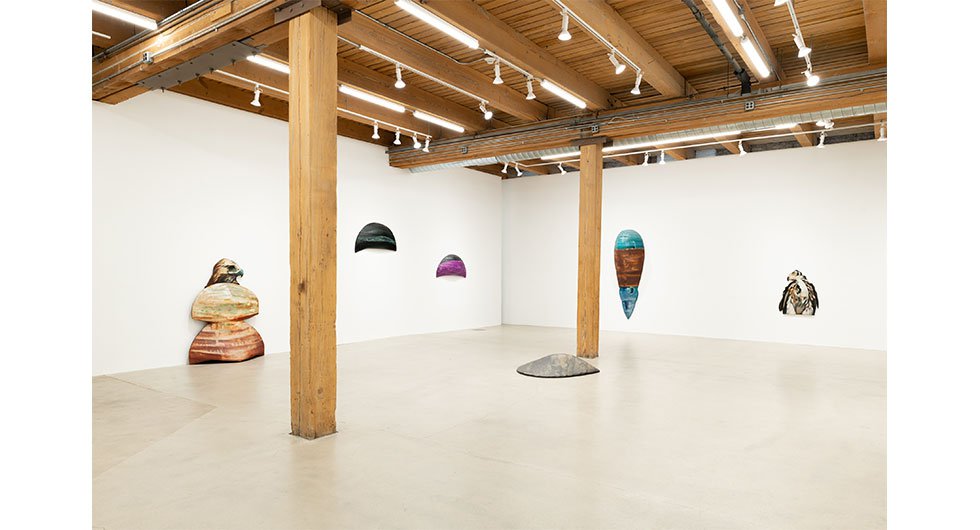 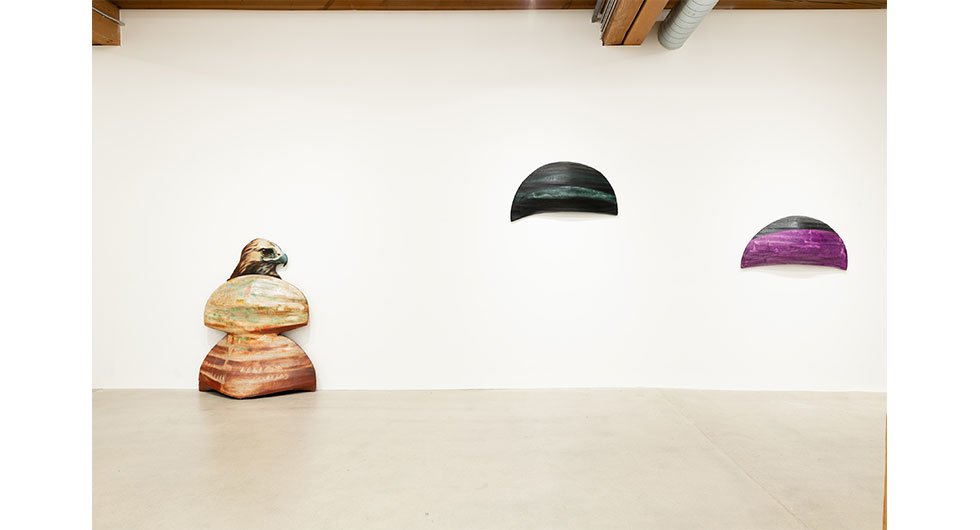 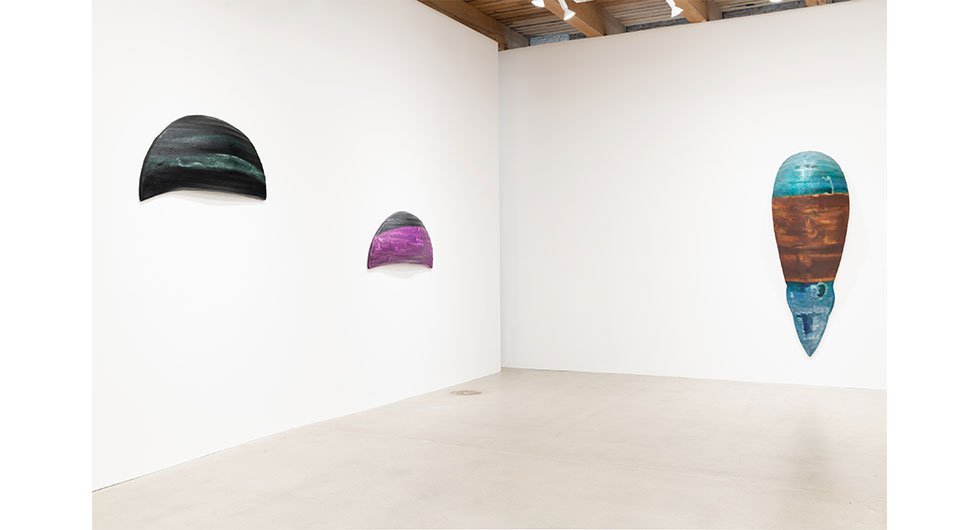 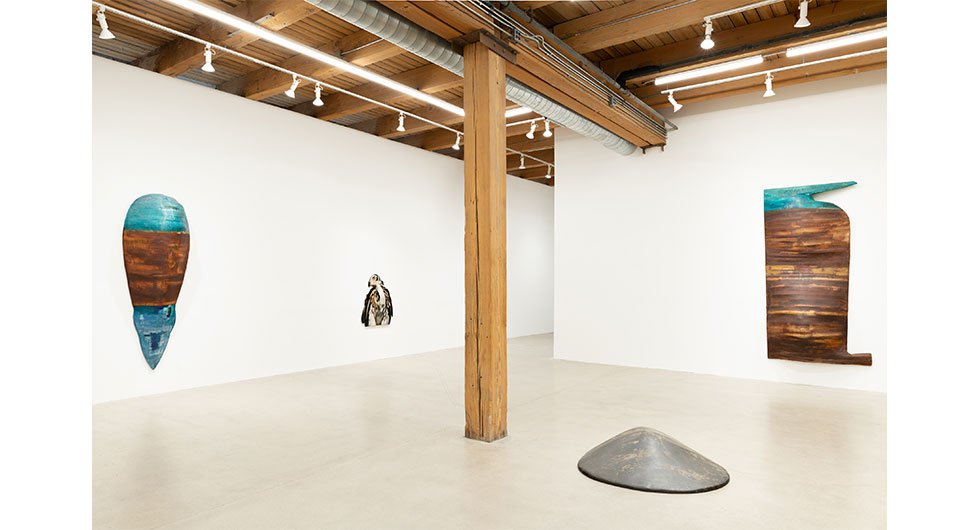 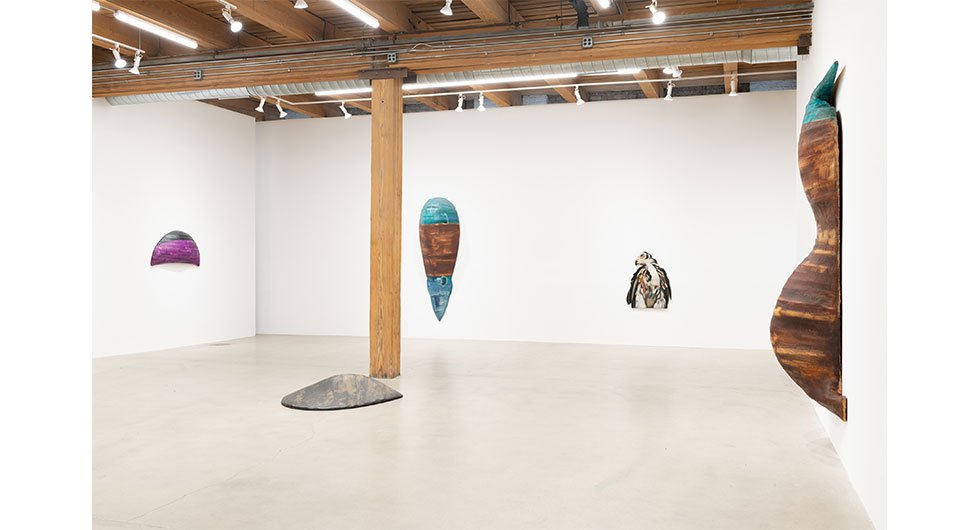 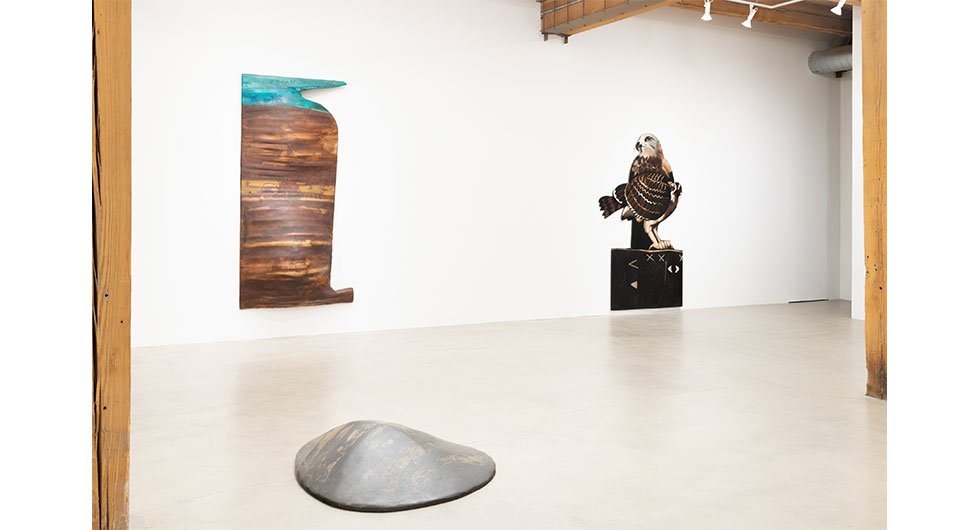 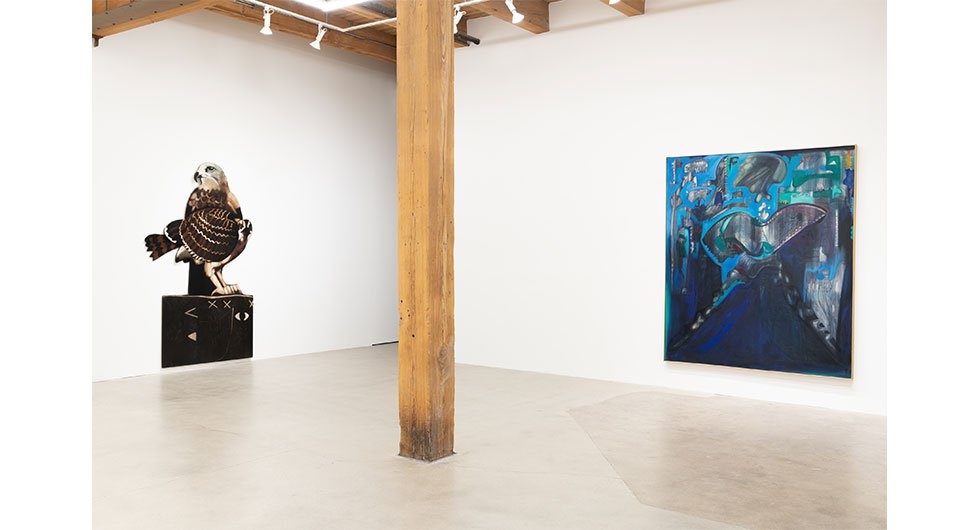 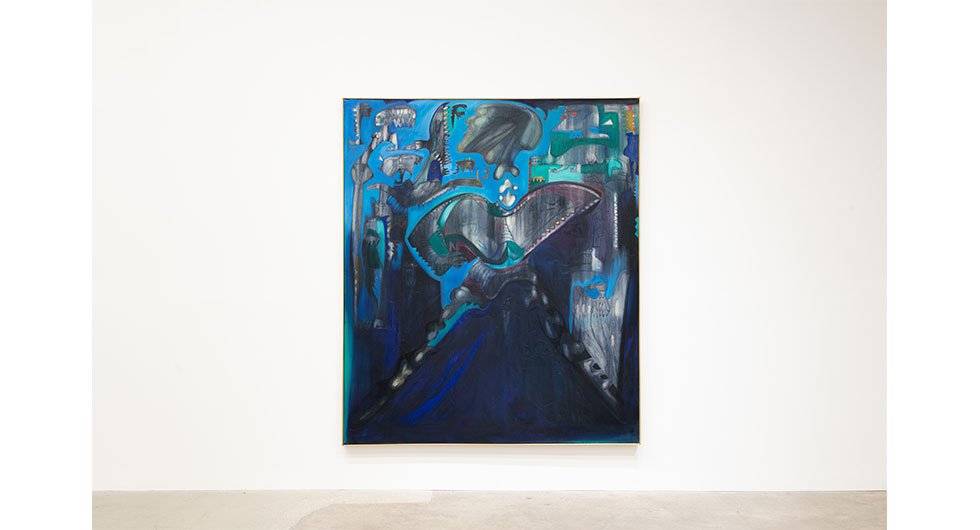 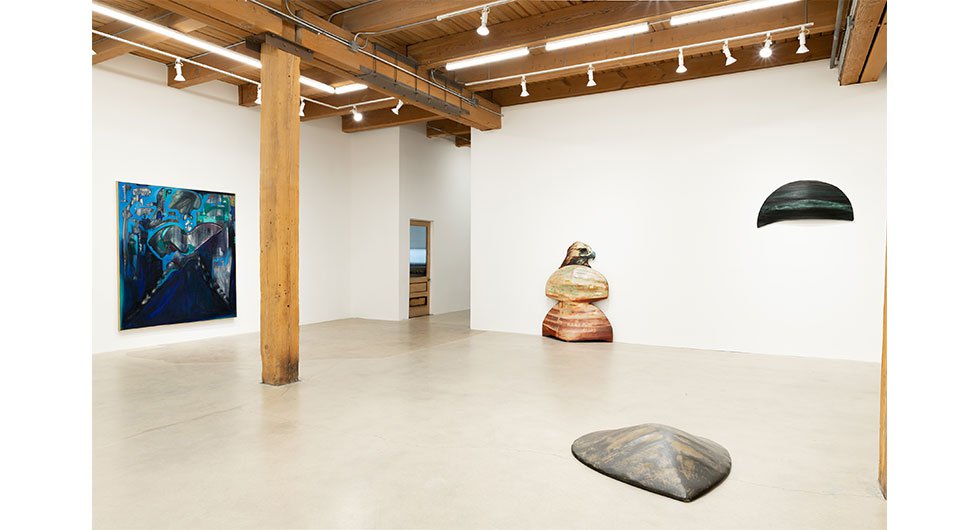 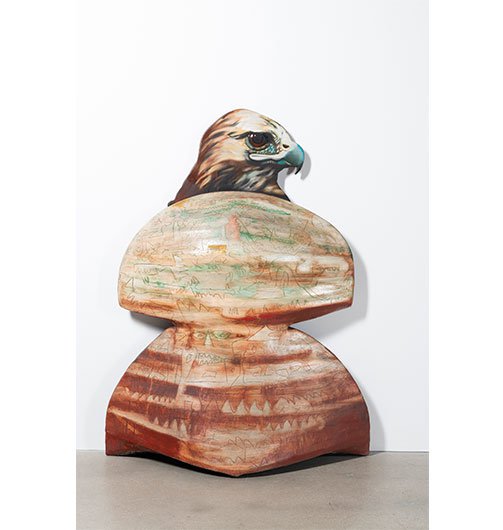 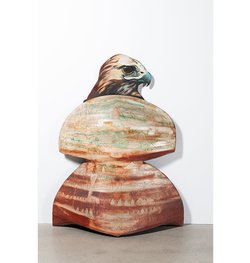 Corbett vs. Dempsey is pleased to present Emilio Cruz, Inter-Planetary Slavery: Paintings and Fiberglass Sculpture, 1970-1979. Cruz was previously featured in CvsD’s Big Dig digital presentations and a 2021 ADAA Art Show booth. This is the first exhibition of his work at the gallery.

Taking its title from a 1969 essay by Cruz, Inter-Planetary Slavery focuses on works made in Chicago during the 1970s, a decade-long period during which he was teaching at the School of the Art Institute of Chicago. The exhibition presents a series of three-dimensional pieces made using fiberglass shaped over wooden infrastructures. These sculptures, roughly human size, were known as the sarcophagi, and they assumed their final form over a lengthy period of development and intermediary stages. In the end, the carefully crafted sarcophagi were covered with acrylic paint into which Cruz spontaneously etched fantastic hieroglyphs and pictograms, mostly demons and monstrous animals. The sculptures contrast – and in one case merge – with a contemporaneous series of flat paintings depicting raptors, executed on shaped wooden substrates, realistic renderings of hawks and eagles. In addition to eight sarcophagi and shaped wood birds, the show includes a canvas from the same period, with etched hieroglyphs of its own overlaid on top of a group of vividly painted totemic figures, showing the connection between the sarcophagi and Cruz’s more conventionally formatted paintings.

Born in the Bronx, Emilio Cruz (1938-2004) was a central figure, alongside Bob Thompson, Lester Johnson, Red Grooms, Mimi Gross, Jan Müller, and others, in the emergence of figurative expressionism at the dawn of the 1960s in New York City. In that period, he showed at Martha Jackson Gallery and Zabriskie Gallery, as well as the cooperatively run Delancey Street Museum. In 1969, musician Julius Hemphill invited Cruz to direct the visual art program at the Black Artists Group (BAG), in St. Louis, and 18 months later he landed in Chicago, where his work transformed dramatically, retaining a lifelong investment in figuration but expanding in both imagery and media. Cruz wrote and performed in a series of plays, some of which incorporated members of BAG and the Association for the Advancement of Creative Music (AACM); in the early 1980s he toured with his piece “Homeostasis,” the music for which was composed by Henry Threadgill. Cruz returned to New York at that time, where he lived and worked until his death in 2004.

As a complement to the exhibition, CvsD is publishing a catalog featuring the essay that gives the show its title – originally published in 1970 in the journal Confrontation, edited by Quincy Troupe – as well as many vintage images of Cruz's works, facsimile reproductions of his poetry, a short homage by Cruz to his friend and colleague Bob Thompson, Amiri Baraka's eulogy for Cruz, a testimonial from Henry Threadgill, images of some of the record covers that featured Cruz works (especially Art Ensemble of Chicago LPs), a contextual essay by John Corbett, and an in-depth conversation between Corbett and Pat Cruz, Emilio’s wife and frequent co-conspirator.