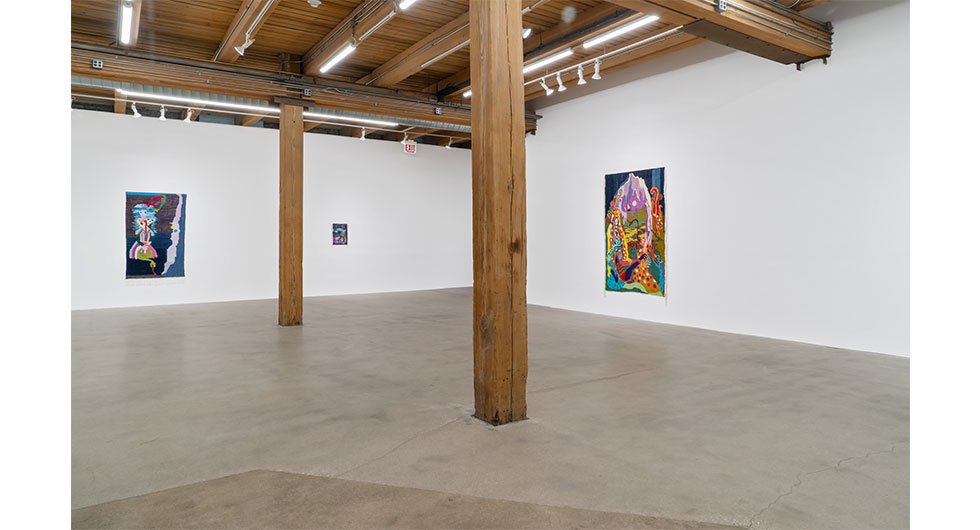 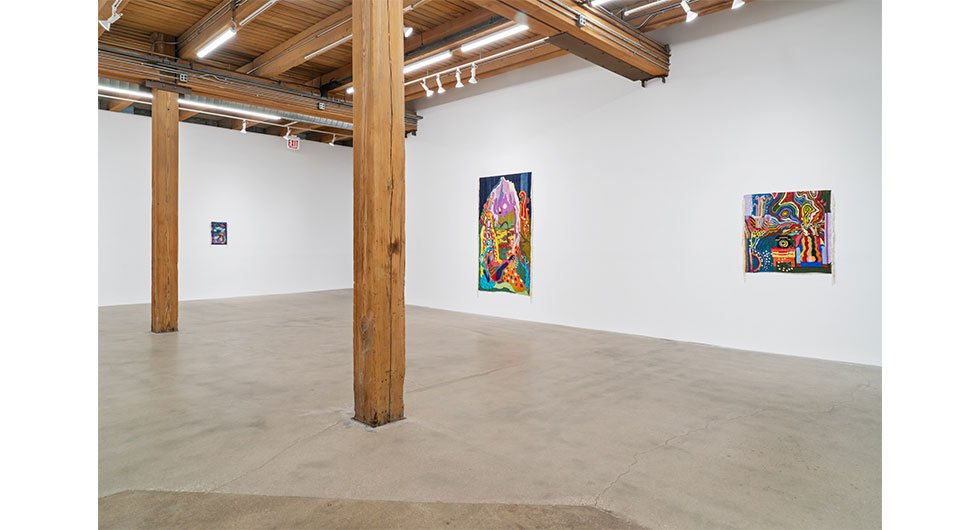 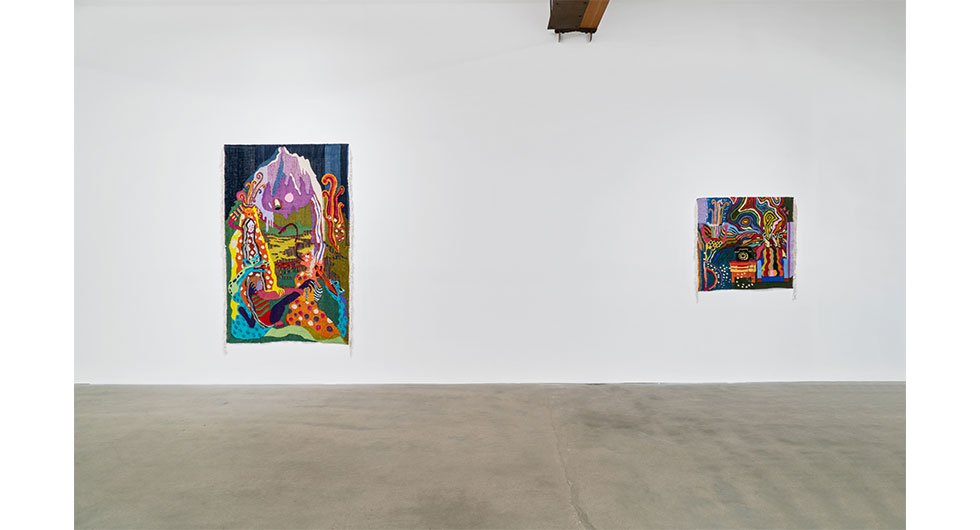 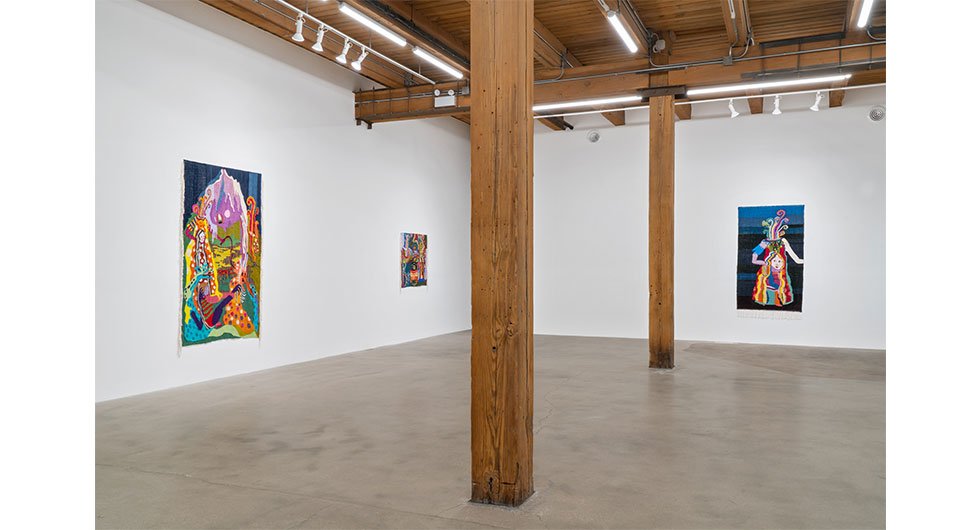 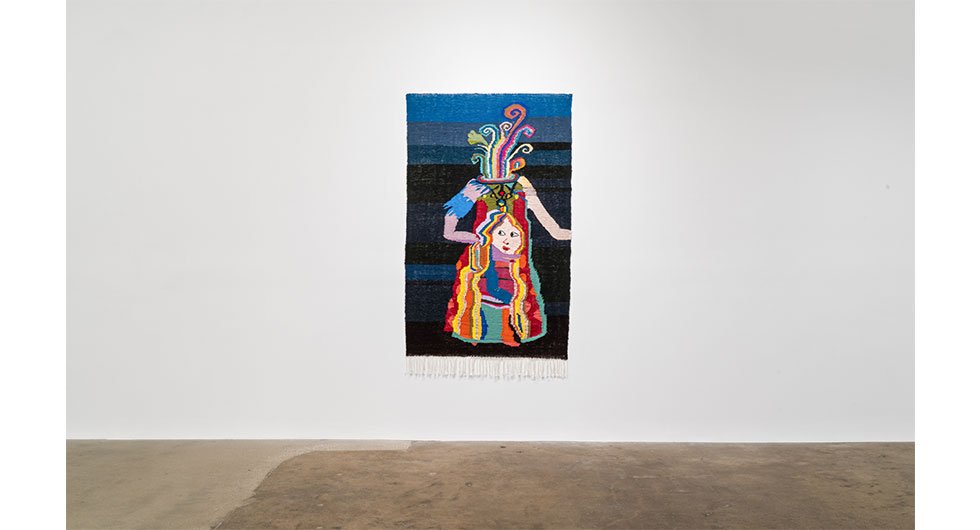 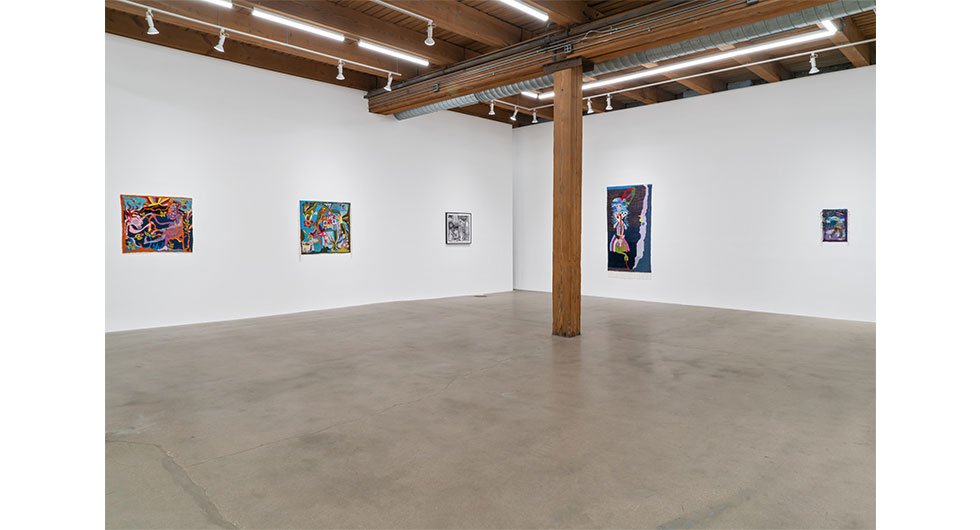 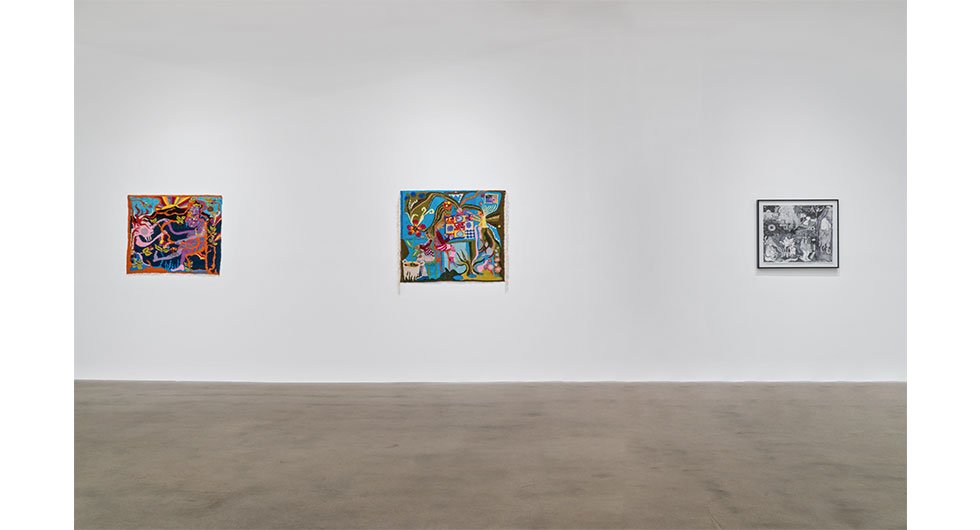 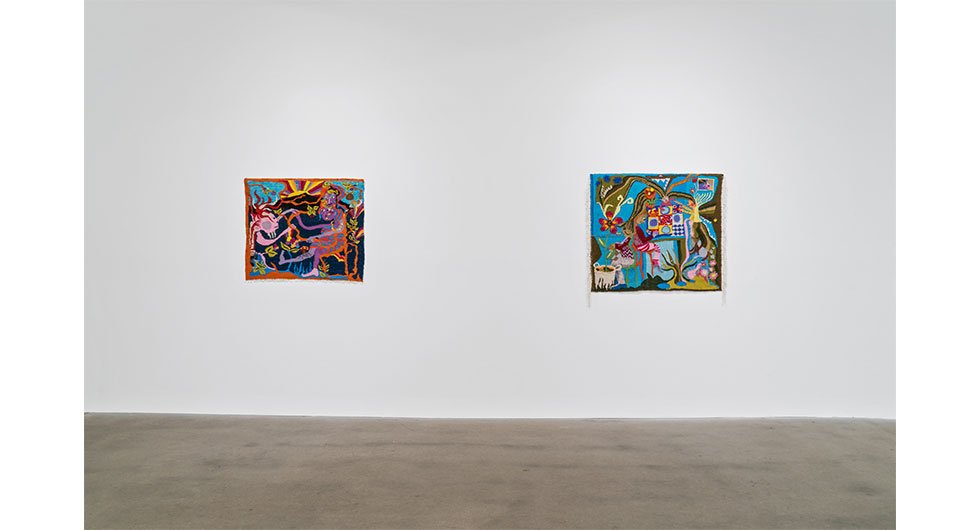 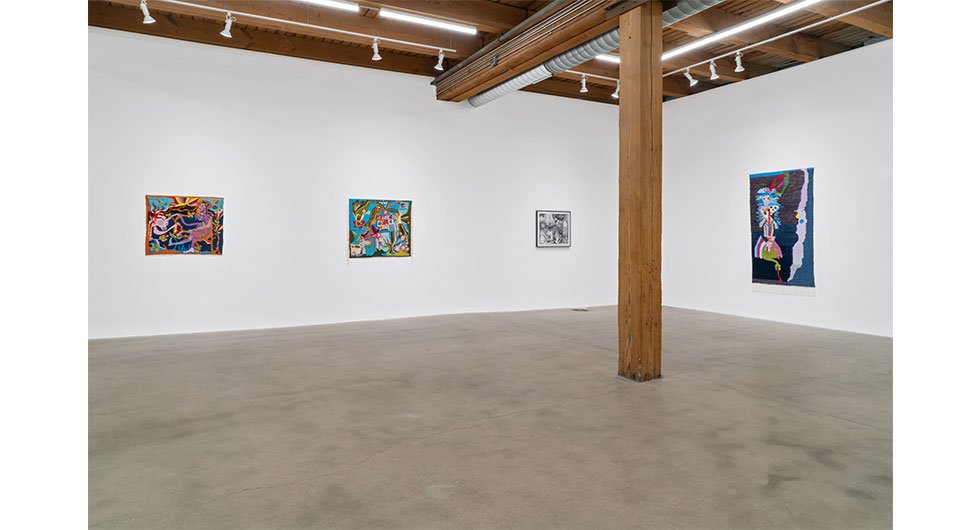 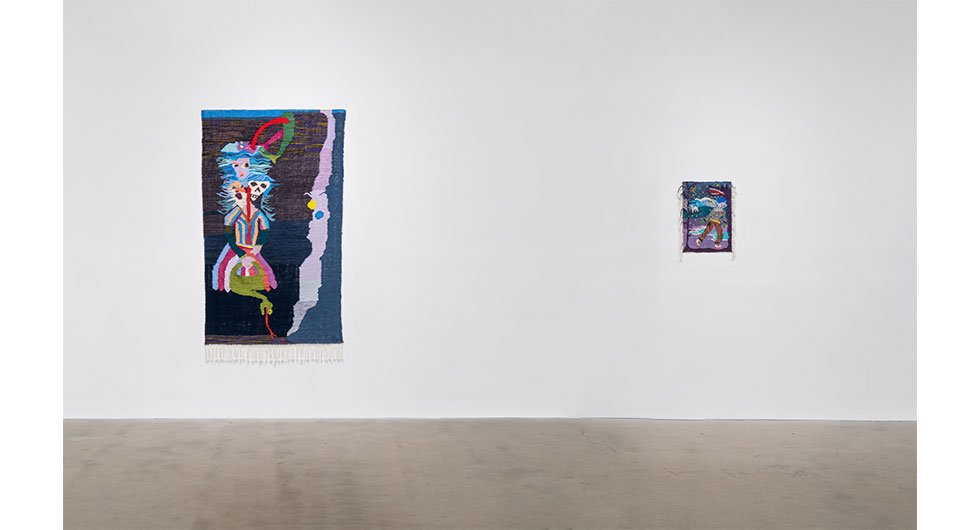 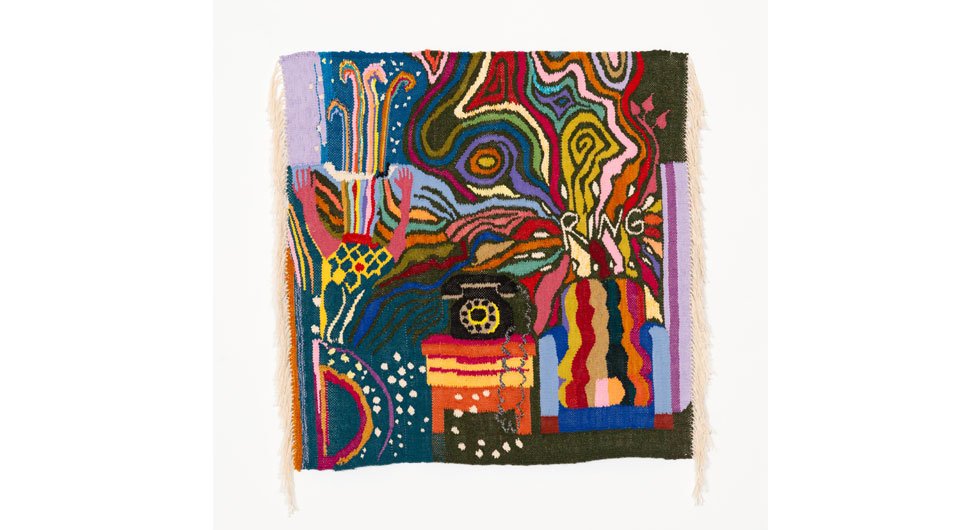 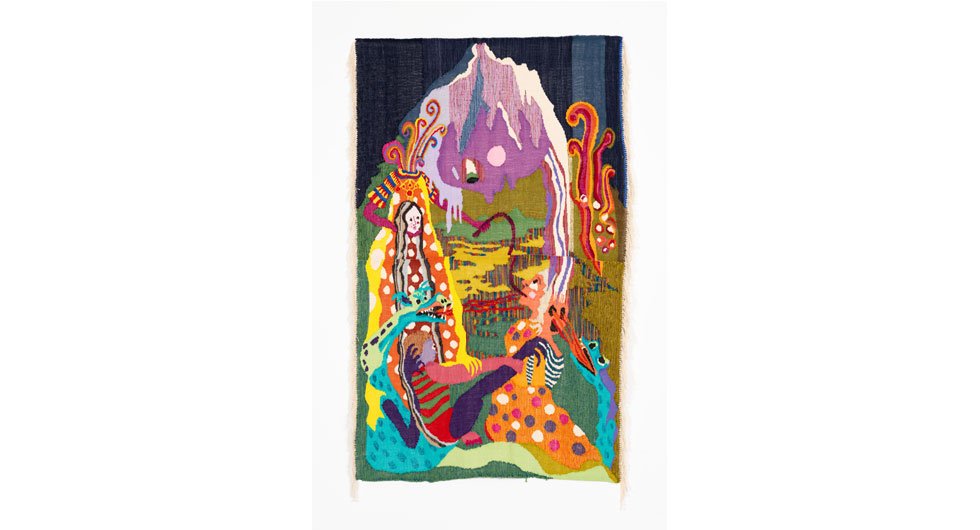 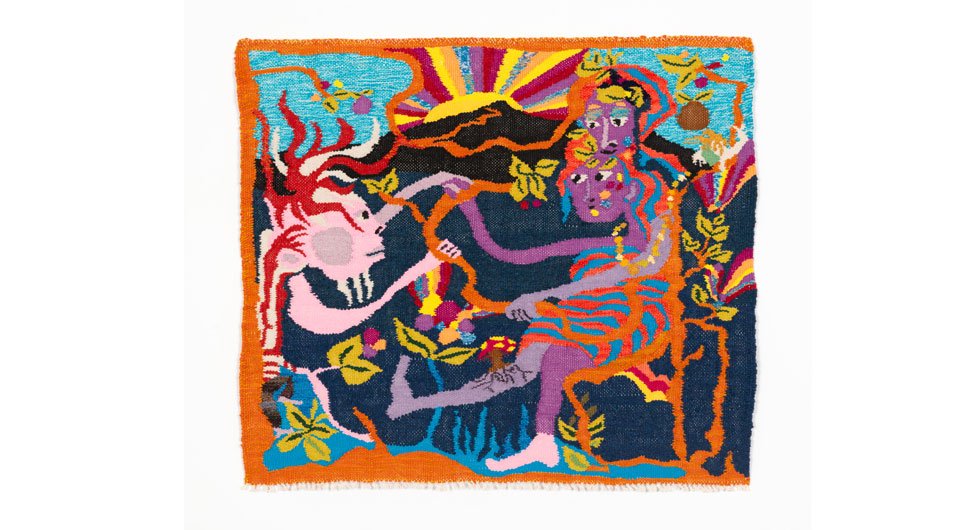 Corbett vs. Dempsey is pleased to present November Calls April, an exhibition of new work by Christina Forrer. This is the artist's second exhibition at CvsD, for which the gallery will present a selection of tapestries as well as ink and watercolor drawings on paper. Additionally, Forrer has made a special zine that will be available at the gallery. Figures within Forrer’s work are most often tangled together or caught in some bracing mode of discourse – hollering into another figure's ear or emerging from it as an aural emanation. There is give and take, but it's never super relaxed, it's agonistic, at times violent, always negotiated. In Forrer's latest tapestries, eight of which constitute November Calls April, some of the female protagonists are decapitated, or perhaps uncapitated, a trait that the L.A.-based artist links to a tradition of headless figuration in her native Switzerland. The large vertical tapestry "Regula" features a solitary woman carrying her own face, ferning vegetation sprouting from between her shoulders. In "Sunset Connection" vine-like figures, one of them two-headed (perhaps to make up for some of the headless ones), intwine tendrils, blurring the divide between flora and fauna. "I have been thinking about connections and ways of communication that are non-verbal," says Forrer. "Connections to past- and future-selves, conduits. Ourselves seeping into others and others seeping into us, ancestors and future relatives negotiating through time and space. Dead entities fertilizing seeds and mountains, Novembers calling Aprils, from Zurich to Chicago, from the middle ages to the industrial revolution. A piece of a skull from the ancient world, another piece from the middle ages, composited to form a relic." As always, the work is daringly composed and sensitively constructed. Forrer's penchant for explosive expressionism and painterly finish push against the mechanical feel of the warp and weft of the weave. A few parallel works on paper – ink and watercolor drawings that contain elements of the tapestries – hang alongside their larger textile counterparts. The tactile is of utmost importance in all these scenes where chronology can experience its polar reversal and the optimistic and pessimistic hunker down on a cozy mattress for an antic game of ‘second that emotion.’ Forrer continues: "My grandmother just called me to tell me that her grandmother called her last night to tell her about her grandmother and that she had a message to give to Chicago April 2021 and the message was November Calling April."