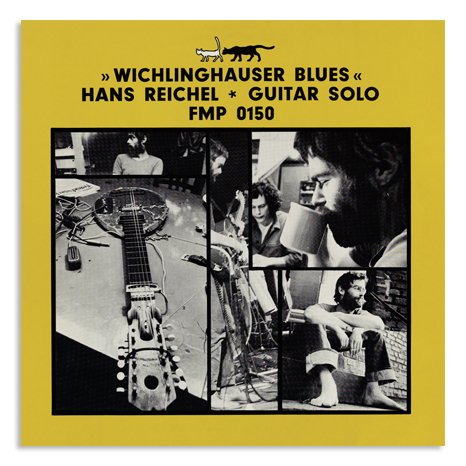 Originally released on FMP in 1973, this is the debut LP by legendary German guitar improvisor and instrument inventor Hans Reichel (1949-2011), a resonant and hilarious document of the nascent genius, recording his peculiar and wondrous music alone in a studio. Acoustic and unfiltered electric guitars turned back into the supremely malleable instruments they were before they'd been firmly encoded as tools for rock or pop or jazz. Reichel is like an improvising Harry Partch, investigating the genesis of lute music. Never before available on CD, remastered from original tapes, packaged lovingly with a gatefold and tip-on cover, reprinting the original design, which was by Reichel.

All compositions by Hans Reichel.

Remark: All tunes have been taped as played (indeed).
A homemade 11-string guitar (3 pickups) has been used for all tunes except the first one.