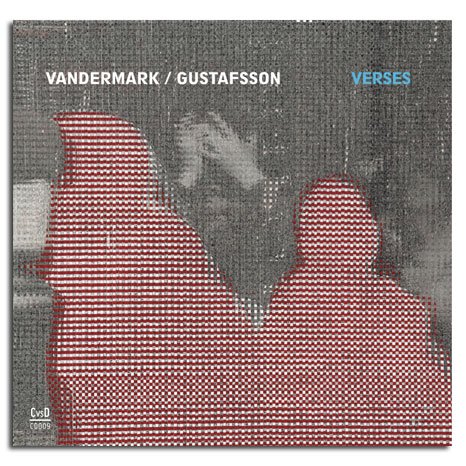 "Verses is a paean to instantaneity. Quite surprisingly, this is the first time that longtime confederates Vandermark and Mats Gustafsson have played as a duo. But what comes across from the first note is the utter certitude of their playing. There's never any question that each can make sense of whatever the other plays, and from this security comes the confidence to take some thrilling individual risks."
—Bill Meyer, review in Downbeat (Nov. 2013)

Swedish saxophonist Mats Gustafsson and
Chicago saxophonist and clarinetist Ken
Vandermark have worked together extensively
since the mid 1990s, in groups of their own and
as members of the Peter Brötzmann Chicago
Tentet. Oddly, they had never performed
duo before March 2013, when they squared
off at Corbett vs. Dempsey gallery. The result was
a delirious journey through extended techniques,
intimate improvisation, and full-throttle
flame-throwing, with an emphasis on the more
delicate, sensitive side. The CD presents the
entire concert, all six pieces in the order they
were performed. A pair of today's master
improvisers, at the top of their game, in
a free music summit built for two.

*Please note: stock is low and there are no plans to reprint this release. Order now to avoid disappointment*