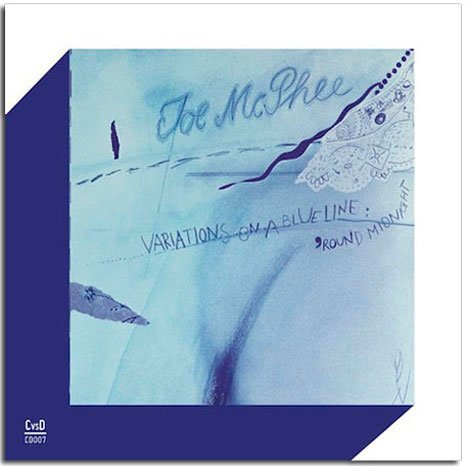 Variations on a Blue Line / 'Round Midnight

Variations on a Blue Line/'Round Midnight was recorded in October, 1977, during a highly significant period in Poughkeespie, NY, multi-instrumentalist Joe McPhee's work, as he was pioneering the transatlantic, collaborative spirit that has helped to define the last three decades of his career. Blue Line comes from a concert in Rouen, France, when McPhee played on a double bill with the Peter Brötzmann/Han Bennink duo. It features the side-length tenor excursion "Beanstalk" (dedicated to Coleman Hawkins), an alternate version of "Knox" (known from his beloved LP Tenor), and two soprano pieces, "Motian Studies" and Thelonious Monk's "'Round Midnight." This record come from a year-long run during which McPhee recorded and released four very different, extremely wonderful solo records, of which only Tenor has ever been reissued on CD. Along with the LP Glasses, this reissue was produced in collaboration with the seminal Swiss label Hat Hut Records and their chief, Werner X. Uehlinger (originally released in 1979).