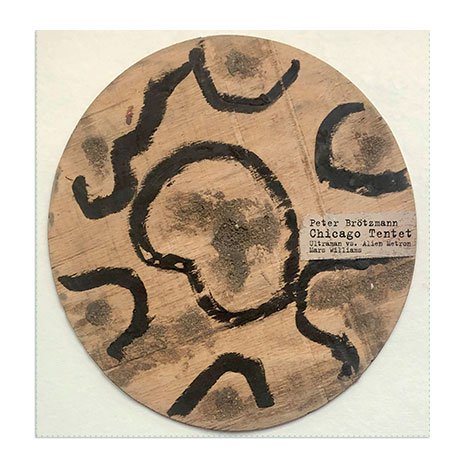 In the first years of its existence, starting in 1997, the Peter Brötzmann Chicago Tentet worked as a collective, inviting all and any of its participants to contribute compositions to the band's repertoire.  Eventually, the Tentet would jettison scores and pre-planned structures altogether, opting for free improvisation, but on their early tours and initial recordings they played pieces written by the various band members.  A marathon set of summer studio sessions in 2002, just off a U.S. tour, yielded material later featured on two CDs for Okka Disk, Images and Signs.  Of two Mars Williams compositions from the session, one was recorded but never issued...until now.  Featuring the original lineup of the band, which combined seven stellar Chicagoans – Williams, Ken Vandermark, Jeb Bishop, Fred Lonberg-Holm, Kent Kessler, Michael Zerang, and Hamid Drake – with Mats Gustafsson, Joe McPhee, and the band's namesake, the Peter Brötzmann Chicago Tentet was a sensationally versatile free music ensemble, capable of going into all sorts of unexpected territory.  The group sports a four-saxophone frontline, with twin trombones (McPhee is on valve trombone here), two strings, and a ferocious drum section featuring Zerang and Drake, who had already worked together intimately for more than 25 years at this point.  Recently rediscovered in his vaults by Williams, newly mixed by original engineer John McCortney, Ultraman vs. Alien Metron is a lost classic of improvised music by one of the premier improvised music bands of its era.  With preposterous juxtapositions of mood, from mostrous lurching heavy rock (underpinning the Japanese Godzilla-esque theme) to hard-swinging freebop and even an incredibly delicate, poignant ballad section, this feature-length track (18+ minutes) is chock full of rock 'em sock 'em goodness.  For the maiden vinyl voyage of Ultraman vs. Alien Metron, Corbett vs. Dempsey has prepared a special package, with artwork and design by Brötzmann.  The format is a one-sided LP, with music on the A-side and the B-side featuring a silkscreen of artwork by Brötzmann.