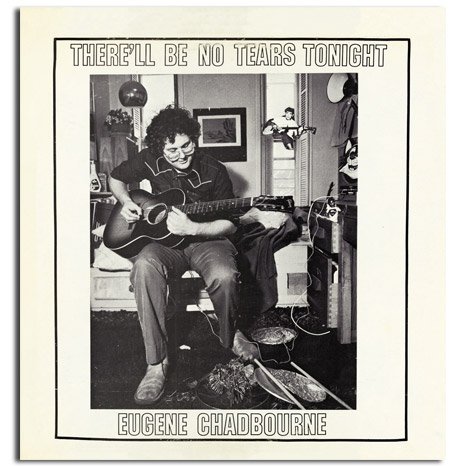 There'll Be No Tears Tonight

One of the absolute essentials of Chadbourne's oeuvre, what he described as "free improvised country & western bebop," featuring his frantic, skewed interpretations of classic songs such as Merle Haggard's "Swingin' Doors," Roger Miller's "The Last Word in Lonesome is Me," and Willie Nelson's "Mr. Record Man," There'll Be No Tears Tonight was recorded in Spring of 1980. It's lineup includes Chadbourne on acoustic and electric guitar and voice, Tom Cora on cello, John Zorn on saxophones, clarinet, and birdcalls, David Licht on percussion, with another set of songs featuring Doctor Chad on electric dobro and singing, with Scott Manring on lap steel and lap dobro, Robbie Link on acoustic bass, Dennis Licht on percussion, and David Licht on drum set. For the guitarist's solo Johnny Paycheck medley alone, this would be worth the price of admission, but the whole show is built on lightning fast juxtaposition and hilarious interjection. Though it was reissued on CD, it's been out of print for years, and here is given the royal treatment, with facsimile repro cover, new photos from the sessions, remastered from original tapes, and an additional 26-minute track titled "Richmond Dobro Massacre." In this deluxe reissue, Tears remains one of the best free song outings ever made and is an absolute must for every home.

Track 2 is a duet by Eugene Chadbourne and John Zorn