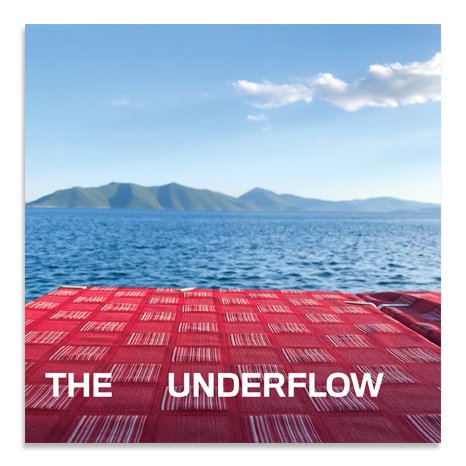 An übertrio drawn from distinct parts of the creative music spectrum, The Underflow was recorded during a sizzling two-night stand in May 2019. In a series of duets and trios, guitarist David Grubbs, saxophonist Mats Gustafsson, and trumpeter Rob Mazurek met headlong for the first time, converging not only their acoustic and electric instruments, but at times submerging themselves in a tangle of electronics, then emerging into shamanic bell-shaking chant or chest-rattling howl. Ranging from extreme noise to delicate texture (even a rare solo by Gustafsson on his first instrument, the flute), the CD’s five tracks mark the beginning of a new group, named – the same as the record – after the venue at which they were recorded, the venerable Underflow Record Shop and Art Gallery in Athens, Greece. Harnessing the energy and intelligence of Grubbs’ recent solo guitar records, the spirit and grit of Mazurek’s hallmark work with the Chicago Underground Duo and recent Desert Encrypts project, and the monster-truck yowl of full- force Gustafsson, The Underflow is a surprise even for its participants, a present they gave themselves. Open with care, volatile contents inside.