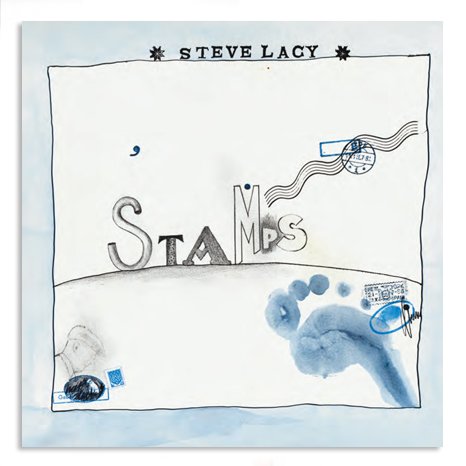 Originally released in 1979 as a double-LP on Hat Hut, Stamps was Steve Lacy’s first for the legendary Swiss label, and it remains one of the strongest statements of what he termed the “scratchy seventies.” With the classic lineup of Lacy’s soprano saxophone, Steve Potts on soprano and alto sax, Irene Aebi on cello (and singing on one track), Kent Carter on bass, and Oliver Johnson on drums, the recording catches the band live, performing Lacy’s angular, intervallic compositions, using arrangements that leave the rough patina, rather than buffing things to a smooth shine. This is the first time the important music has been reissued on CD, adding a bonus track, all remastered from the original tapes. The double-disc package sports a facsimile reproduction of the gorgeous artwork by Klaus Baumgärtner, with action photographs from the concerts on the interior. A must for Lacy fans and for anyone interested in creative music.