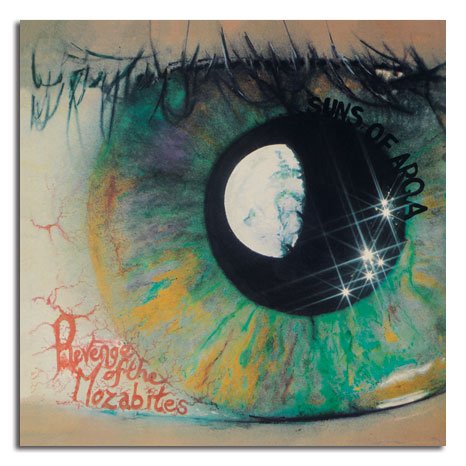 One of the key ensembles in the history of what is now referred to as world music, Suns of Arqa began in 1979 with Revenge of the Mozabites, the brainchild of Michael Wadada. With a ground base of dub – in both aesthetic and method – made palpable by master dub rhythm sectioneers Style Scott on drums and Lizard Logan on bass, and producing in tandem with future On-U Sound maestro Adrian Sherwood, Wadada built an incredibly eclectic and imaginative program, touching on flamenco and Irish music, as well as what would become a Suns of Arqa touchstone, the intersection of Indian music and dub reggae. The results are unlike anything heretofore heard, and Revenge of the Mozabites remains one of the unsung classics of hybrid musicality to emerge from the post-punk ethos, having exerted an unexamined influence on British music in the ‘80s. Upon finding a copy of the ultra-rare original LP in 1982, for instance, Peter Gabriel promptly booked Suns of Arqa to the first WOMAD festival. This is the first time any of Suns of Arqa’s music has been released in the U.S., and Revenge of the Mozabites is restored to its original glory, with the packaging as it was in 1979, additional photos of the band, and three bonus tracks, everything remastered from original tapes.

Music composed and performed by Suns of Arqa.

Produced by Wadada and Adrian Sherwood.

First released in 1980 on Rocksteady Records.

Tracks 12-14 mixed and edited by Brian Hyphen and previously unreleased.