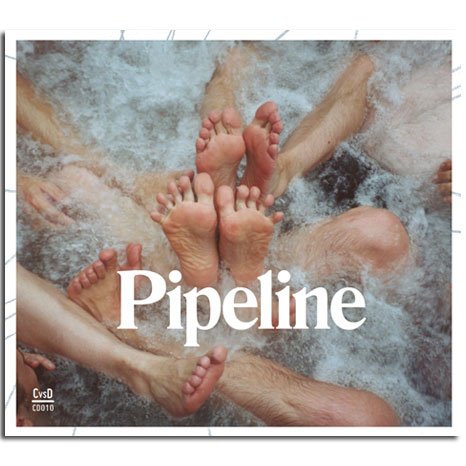 In 2000, saxophonist Mats Gustafsson and curator John Corbett organized a 16-piece free music big-band, featuring key members of the Chicago and Swedish scenes. The ensemble debuted in Chicago, playing and recording two compositions that had been commissioned, “Codeine Picasso” by Ken Vandermark, and “In This Very Room” by Fredrik Ljungkvist. Soon thereafter, the musicians convened in Sweden for a tour of the country that ended at the legendary Stockholm club Fasching. Gustafsson had intended for the music to be issued on his label Crazy Wisdom, which existed for a short, beautiful moment as an imprint of Swedish Universal. Indeed, the recording of Pipeline was mixed and mastered, but the label pulled the plug on Crazy Wisdom just before the release, and it sat dormant for more than a decade. Listening to it again, the music has all the power and originality it did when it was recorded, at the crest of a wave in Chicagoan creative music history. A panoramic group, Pipeline included the Konitz-inflected sax and clarinet of Guillermo Gregorio, the spiky guitar of David Stackenäs, the percussion thicket of Michael Zerang, Raymond Strid and Kjell Nordeson, and Jim Baker's unearthly ARP synthesizer sounds, all mixed into an ecstatic, explosive Scanda-Chicagoan spread – a veritable smörgåsm.