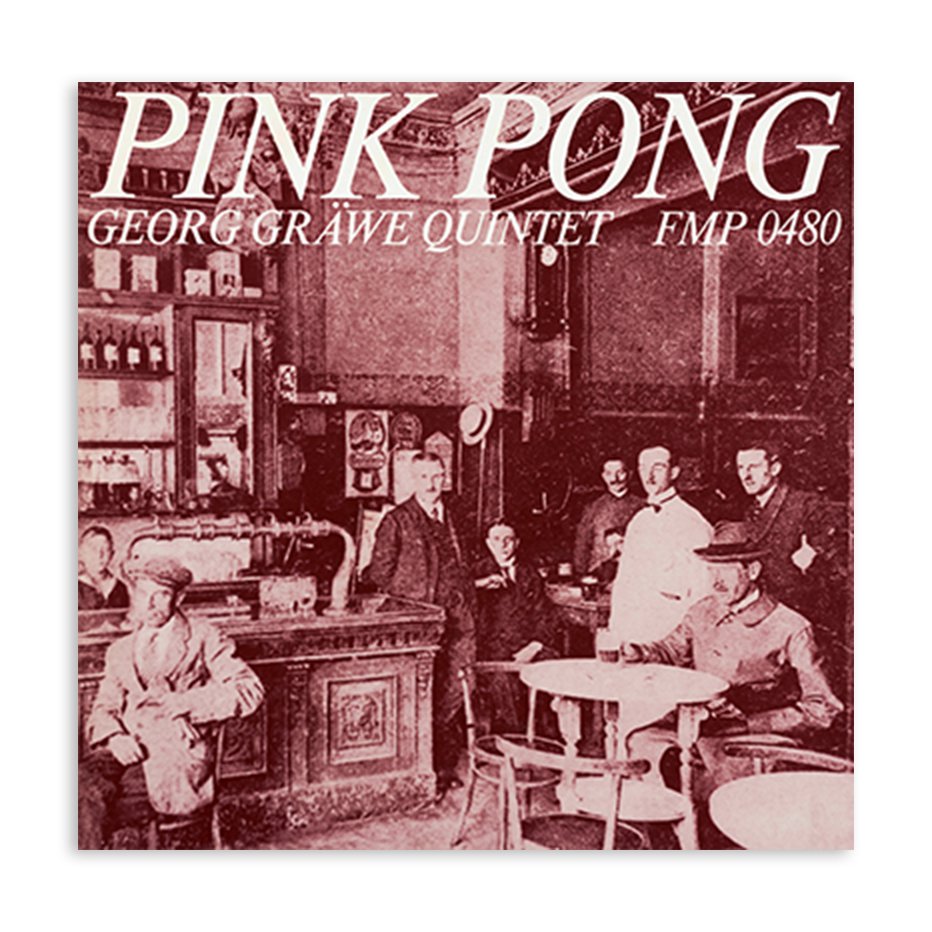 German pianist Georg Gräwe, one of the most impeccable and imaginative improvisers in contemporary free music, made his debut recording, New Movements, in 1976, under the auspices of Free Music Production, the legendary Berlin-based organization run by Jost Gebers. At FMP’s Jazz Now festival, in April of that year, Gräwe presented his working band, a classic hard-bop configuration with trumpet, saxophone and rhythm section. Indeed, some vestiges of that hard-bop feel permeate the music, however it’s been fractured and expanded in its ambitions to include post-bop, freebop, free jazz, and free improvisation, all with an overall set of structures that betray Gräwe’s deep interest in contemporary classical forms. It is an audacious debut, one of the most thrilling jazz-related European outings to emerge from the FMP program. Tenor and soprano saxophonist Harald Dau is spectacular, reminiscent in places of the great Gerd Dudek’s work with Manfred Schoof Sextett – tough as nails, free within a blues-oriented context, totally inventive. He’s matched by lithe trumpeter Horst Grabosch, and Gräwe’s rhythm team is impeccable, with Hans Schneider’s bass and Achim Kramer’s drums. The LP kicks off with a 22-minute-long rollercoaster ride written by Gräwe, and continues with two more long tracks by Dau, all of them featuring thrilling interplay and brilliant tunes.

The same band hit the studio a year and a half later, again for FMP, recording Pink Pong. Even more adventurous and tightly wired, this version of Gräwe’s fivesome plays more concise compositions, a total of eleven of them, spread out almost evenly amongst band members. The resulting LP is one of FMP’s absolute classics, simultaneously a nod at precursors like Alexander von Schlippenbach’s early groups and Manfred Schoof’s killer mid-sized ensembles, but also indicating a new path for a younger set of players. Steeped in a love of folks like Lennie Tristano and Steve Lacy, the band’s points of reference were diverse enough to make them stand out against some of the more exclusively hard-blowing Germans of the era.

Neither New Movements nor Pink Pong has been reissued since they were first available in the mid-1970s. Licensing directly from FMP, with newly remastered music direct from the original tapes, CvsD is proud to put these two important pieces of free music history back into circulation, throwing light on the early years of Georg Gräwe’s music and expanding the picture of what FMP’s vanguard mission meant. Limited edition of 500 copies.