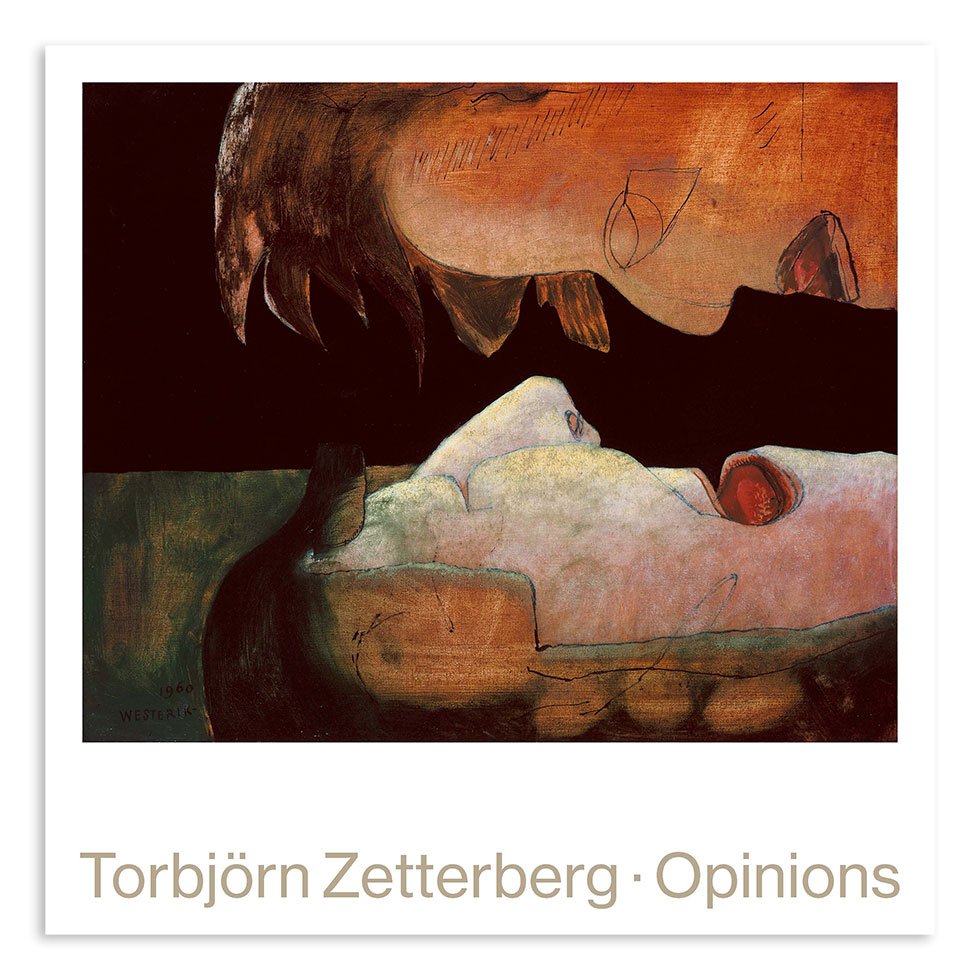 Torbjörn Zetterberg’s new record, Opinions, is not a conventional “solo” outing. It doesn’t represent the bassist, composer, and bandleader stepping away from all that to prove his mettle as a virtuoso unaccompanied improvisor. Anyone familiar with Zetterberg’s small group recordings needs no confirmation of his prowess. And anyway, strutting his stuff is not his vibe. Certainly not the vibe of this record, where the bassist plays more than bass, a solo venture on which he is occasionally joined by others. What we have on Opinions is something altogether different, nearly impossible to describe except in parts – minimal electronic/maximal prog/eco conceptual/experimental song form. With myriad instruments and multitrack studio composition, painstakingly assembled 2020-22, the LP’s tracks have an episodic nature, and in this sense – perhaps this alone – they connect with other parts of the Swedish musician’s oeuvre, his propensity for contrasting and juxtaposing sections, which can be deliciously heard on his records with The Torbjörn Zetterberg Hot Five or Torbjörn Zetterberg & Den Stora Frågen (including the latter ensemble’s 2019 CD Live, also on CvsD). But Opinions is a stand-alone work, a strange and wondrous personal adventure, a set of landscape miniatures contained in a bottle, each one equally abstract and actual, heady and guttural, melodic and textural, reaching for elements from across the musical map but never as pastiche, rather as deeply submerged influence, meditative result, a splash in icy water after the opium of sauna. Not your everyday solo record. Opinions introduces something particular: a chunk of raw coal buried far below surface that emerges faceted and glisteny.

“This is without a doubt my best work so far. If you know me, you probably know me as a bass playing jazz musician. Yes, that's true, but pretty far from the whole truth. You’ll be surprised. Not that this isn’t jazz. Perhaps it is. If you say it is, why? If you say it’s not, why? If you know the answer, please let me know. Me, I only hear music. The 'concept' behind this album was: not to box myself but to let creativity lead the way, all the way. I took guidance from the smallest kids in the playground.

Apart from ‘Brevet från Lillan,’ which was recorded at Zengården, the Zen Buddhist monastery where I live, everything was recorded in my apartment and my studio in Stockholm. Apart from drums on ’Random Thoughts,’ which were played by Konrad Agnas, and Anna Högberg’s alto sax on ’Opinions part 2,’ I did everything myself including samples, singing, playing all instruments, recording, mixing, and mastering. Also, I would like to take the opportunity to thank Greta Thunberg.

I hope you will like this music as much as I do.”

All compositions and arrangements by Torbjörn Zetterberg, except ’Brevet Från Lillan’ composed by Evert Taube.

Recorded, mixed and mastered 2020–2021 by Torbjörn Zetterberg at home and in Studio Clavier, Stockholm, Sweden, except ’Brevet Från Lillan’ which was recorded in the zen buddhist monastery Zengården in Finnåker, Sweden.

Sketch Of The Path

Determination And Nothing Happened