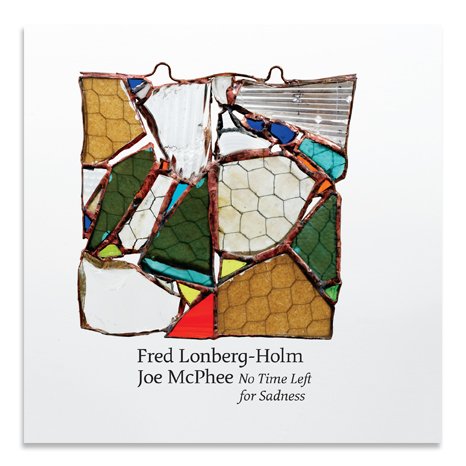 No Time Left For Sadness

Despite having worked together in innumerable settings, including the longstanding Survival Unit III, with drummer Michael Zerang, cellist Fred Lonberg-Holm and multi- instrumentalist Joe McPhee have never released a CD of duets. In an extra intimate studio setting in upstate New York, where both players reside, No Time Left for Sadness demonstrates their incredible musical understanding. Recalling some of McPhee’s landmark records with Marseilles musicians in terms of telepathy and trust, it’s an outing whose intensity is measured not in decibels, but in emotional integrity. Across three tracks of increasing length, culminating in the 31-minute-long adventure “Next Time,” McPhee (hear featured on tenor saxophone exclusively) and Lonberg-Holm redefine chamber music, casting string and reed in a joyous and longing place, a rec room set aflame, a library engulfed in tidewater, a throbbing mezzanine. The cover and the CD face feature original stained-glass works by Lonberg-Holm, and the interior spread is entirely given over to an action shot of the duo by Stevphen Shukaitis.