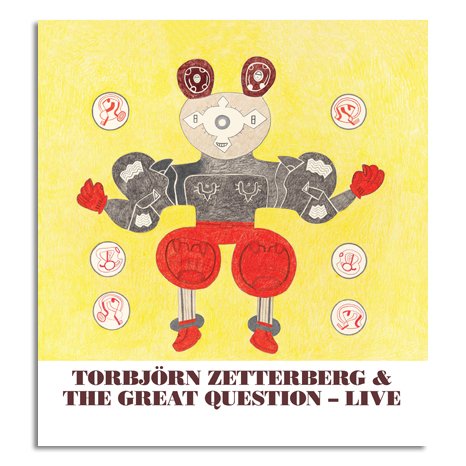 If you’ve missed out on bassist Torbjörn Zetterberg, now’s your chance to play some catch up ball. He’s one of creative music’s most eloquent exponents, having emerged from the fertile Swedish jazz scene a little over 15 years ago. With his band Torbjörn Zetterberg Hot Five, he began a fruitful relationship with the thoroughly excellent Moserobie label, run by his frequent band mate, saxophonist Jonas Kullhammar, and by the time he was making records like Skildrar Kvinnans Kamp and Och Den Stora Frågen, we were completely hooked. Zetterberg is a Mingus for our times. He’s a composer of unusual means – great sense for how to harmonize his inventive melodies; how to make a sextet sound like a big band and how to clear space for an unaccompanied solo; his slightly devious sense of humor underlying all the drive and swing that make the best in a bass player; and best of all a respect for his musicians, who have always found ways to push his great compositions up a notch. This luminous set of tracks was recorded in performance at Stockholm’s famed Jazzclub Fasching. It presents a newly named ensemble, Torbjörn Zetterberg & The Great Question, with Kullhammar and Alberto Pinton on saxophones and clarinets, Portuguese trumpeter Susana Santos Silva, trombonist Mats Äleklint, and drummer Jon Fält. With the exception of the opening passage, which adapts the traditional “Cherry Tree Carol,” all compositions are by Zetterberg, and they make a solid case for him as a jazz writer to be taken seriously. Joyful, powerful, irreverent, and utterly fearless, The Great Question presents its case, answers the initial query, and asks more probing ones. Lustrous gatefold package features artwork by Karl Wirsum, one of the original Hairy Who painters of Chicago fame, and a portrait of Zetterberg by photographer Peter Gannushkin.