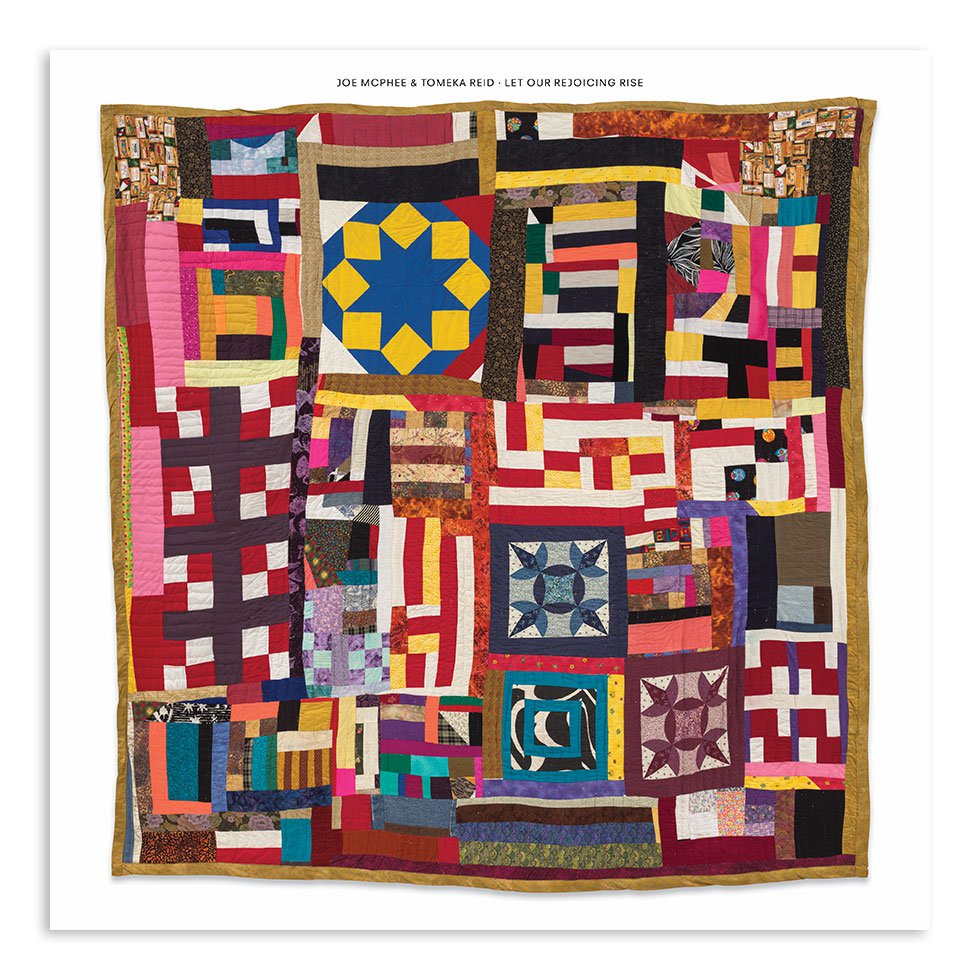 In the year that Juneteenth was finally declared a national U.S. holiday, 2021, Joe McPhee and Tomeka Reid united for a live concert in celebration. Multi-instrumentalist McPhee was deeply moved by the historical nature of the circumstances, the incredible freight of that history of oppression and liberation represented in the legislation, both the insanity of its overdueness and the joy of its institutionalization. As a preamble to the music, McPhee led off with two poems, read with trembling, vehement intensity: “Alone Together” and “Nation Time For Real This Time.” Then, without a pause, they launched into a 33-minute duet for tenor saxophone and cello that gutted everyone in the packed audience, alighting for a brief segment on the late-19th century hymn “Lift Every Voice and Sing,” the so-called African-American National Anthem, lyrics from which the title of the record is taken. At the concert’s end, McPhee was nearly inconsolable, the immensity of the day and the emotion of the playing overtaking him alone in the dressing room. Let Our Rejoicing Rise is a kind of apotheosis, an outpouring of two sensitive souls at the dawn of a new day in an epoch of damnation. With a jubilant cover image by Gee’s Bend quilter Mary Lee Bendolph, recorded and mastered by Alex Inglizian, it’s a once-in-a-lifetime record.

Recorded by Alex Inglizian at Corbett vs. Dempsey, Chicago, June 19, 2021.

Mixed and mastered by Alex Inglizian at the Experimental Sound Studio.