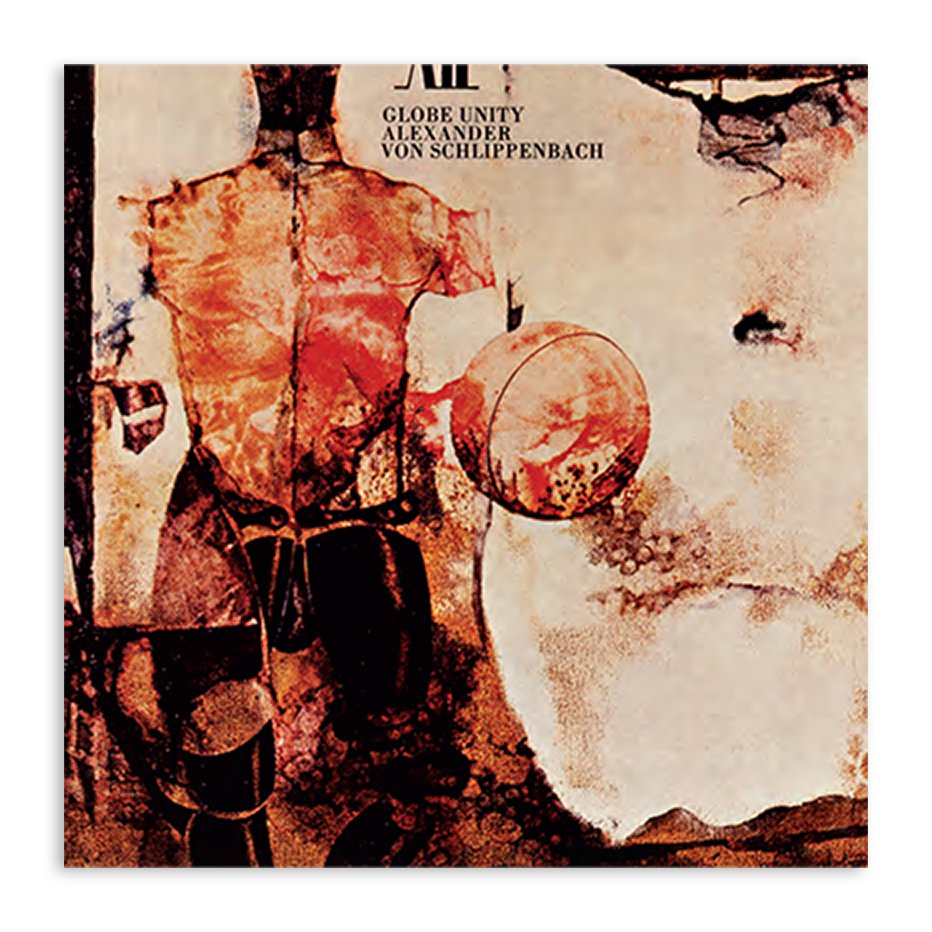 *Globe Unity is now available for pre-sale. Both the LP and CD will begin shipping on Tuesday, September 20th.

In 1966, pianist Alexander von Schlippenbach assembled his first large ensemble to play his compositions “Globe Unity” and “Sun.” This 14-piece band, which brought together some of the leading figures in European improvised music, would eventually expand – incorporating not only Europeans but also American and Asian musicians – and assume its rightful name: Globe Unity Orchestra. In its nascent outing, beautifully recorded at Ariola Studio in Cologne, Schlippenbach’s band was already sensational, performing at various festivals and solidifying the reputations of some of its star players. Most notably among these was a 25-year-old saxophonist named Peter Brötzmann, whose whole band – saxophonist Kris Wanders, drummer Mani Neumeier, and bassist Peter Kowald, the latter of whom would for a period assume nominal leadership of Globe Unity – was incorporated into the large Schlippenbach group. Globe Unity was Brötzmann’s first outing on LP. Kowald’s too. And future drum heroes of the krautrock genre, Neumeier (with Guru Guru) and Jaki Liebezeit (with Can) constitute the incredible rhythm section. If you factor in German early-free-music mainstays Gunter Hampel (here on flute and bass clarinet, no vibes), trumpeter Manfred Schoof, bassist Buschi Niebergall, and tenor saxophonist Gerd Dudek, Dutch saxophonist and clarinetist Willem Breuker, French trumpeter Claude Deron, the enormity of the band’s potential becomes apparent. Add Schlippenbach himself, an absolute cyclone on the piano as well as prominent tubular bells and gong, and the global scene is set. Schlippenbach’s unique position at the time, as one of the foremost players in German free music, but also as a rising young composer who’d studied with Bernd Alois Zimmermann, allowed him to serve as exactly the right conduit for several approaches to creative music, from introducing his graphically notated scores to making a perfect context for the debuts of future star improvisors Brötzmann and Kowald.

Schlippenbach’s Globe Unity was first issued on SABA in 1967, then MPS a couple of years after that. It has long been out of print and has only ever appeared on CD in a tiny Japanese version published in 1999. Corbett vs. Dempsey is reissuing this classic record in a special, strictly limited edition of 500 vinyl LPs and 1000 CDs, with a faithful facsimile of the original LP’s gatefold cover. The music was remastered from the original tapes and is licensed directly from MPS. Anyone interested in the history of improvised music needs to hear Globe Unity, which retains a sense of urgency 56 years after it was waxed.