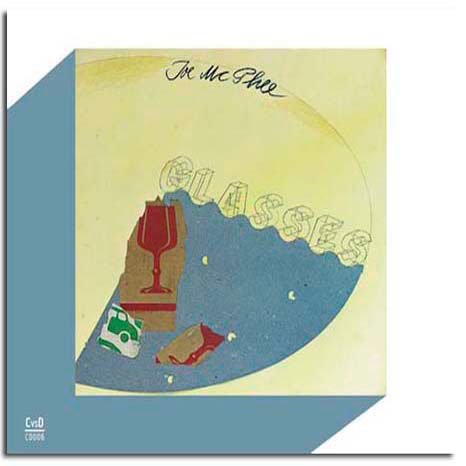 Glasses was recorded in October, 1977, during a highly significant period in McPhee's work, as he was pioneering the transatlantic, collaborative spirit that has helped to define the last three decades of his career. Documented in Tavannes, Switzerland, the set contains sensational tenor work, including the title piece, which finds McPhee ringing out a rhythm on a half-full wine glass, from which he extrapolates a melody on the saxophone, as well as a stunning version of John Coltrane's "Naima." The final 15 minutes are spent in duet with the Swiss percussionist Reto Weber, who was so inspired by McPhee he asked to sit in and did so with his quite extensive battery of drums. This record come from a year-long run during which McPhee recorded and released four very different, extremely wonderful solo records, of which only Tenor has ever been reissued on CD. Along with the LP Variations on a Blue Line/'Round Midnight, this reissue was produced in collaboration with the seminal Swiss label Hat Hut Records and their chief, Werner X. Uehlinger, and was originally released in 1979.