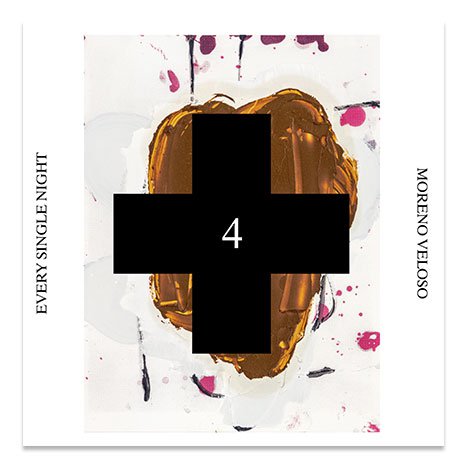 From a time before COVID, Brazilian singer/songwriter/producer Moreno Veloso began singing his children to sleep.  After the virus set in, this habit took on added significance, a father's reassurance.  The music he chose for these nocturnes was drawn from friends and heroes, a selection of beautiful tunes and lyrics that began to form itself into a songbook of sorts, and Veloso started recording these pieces after the kids were tucked in.  Gently surrounded by the night sounds outside his apartment, working very directly and on his own, he crafted a group of these lullabies into a CD that is at once soothing and haunting, the deep sense of emotionality and fragility countered with buoyancy and optimism.  Veloso, who is part of the royal family of Brazilian music, has an angelic voice, his phrasing effortless and light.  Here, with nothing but guitar and vocals, his musicianship shines especially brightly; the program moves along with absolute conviction, one song abutting another as if it was inevitable, nothing else could work, the sequence begging for repeat listens.  This is a first for Veloso, who has almost never recorded anyone else’s music – on Every Single Night he covers songs by or associated with his father Caetano Veloso, Gal Costa (Moreno’s godmother), Nelson Angelo, the rock group Barão Vermelho, Lulu Santos, Augustin Lara, a classic samba and a surprise bonus track from Snow White.  Extensive track-by-track liner notes by Veloso, a photo of the cozy spot he recorded the songs, and artwork and design by Christopher Wool.