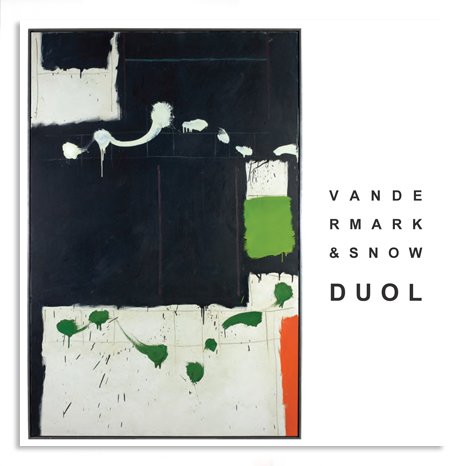 Although he is best known as a groundbreaking experimental filmmaker, one of the architects of structural cinema, and visual artist, Michael Snow has been active as a musician since the 1950s. In Greenwich Village of the 1960s, his loft was the site of concerts by Cecil Taylor and other paragons of free jazz, and Snow’s film New York Eye and Ear featured a soundtrack by Albert Ayler’s group and starred its members. A brilliant keyboardist and occasional trumpeter, Snow was a key figure in Toronto’s improvised music scene, performing and recording with the ensemble CCMC, and as an improvising pianist he’s worked in myriad contexts with many of the world’s leading free players. Saxophonist, clarinetist, and composer Ken Vandermark first learned about Snow as a film student in Montreal, where the classic work Wavelength confounded and fascinated him. In 2015, Vandermark and Snow performed together for the first time as a duet, resulting in three astounding long-form improvisations. Snow dug in hard at the piano, with clusters and repeated figures, while Vandermark was explosive on tenor and surgical on clarinet, opting often for the latter. The entire evening’s music is released here, an early painting by Snow adorning the cover, and a still from the concert’s videotaped footage spanning the gatefold interior.

Ken Vandermark, reeds Michael Snow, piano
All music by Ken Vandermark (Twenty First Mobile Music/ASCAP-Cien Fuegos) and Michael Snow (SOCAN) Recorded on June 20th, 2015 by Ted Phillips at Array Space, Toronto. Edited and mastered by Alex Inglizian with assistance from Ken Vandermark at Experimental Sound Studio, Chicago. Thanks to Ron Gaskin for the invitation and idea; to Ted Phillips, John Creson and Adam Rosen, Alex Inglizian and ESS for their assistance with the recording; to Rick Sacks and Array Space; to John Oswald who also performed that night; to Shannin Porter and Billions for their help with my logistics; and to John Corbett and Jim Dempsey for making this album possible. Painting by Michael Snow, Duol, 1960, oil on canvas, 70.2 x 45.1 inches, Collection of the estate of Signy Eaton. Photo by Laurie Kwasnik. Design by David Khan-Giordano. Publication editor, Corbett vs. Dempsey, Emily Letourneau. Executive producers John Corbett and Jim Dempsey