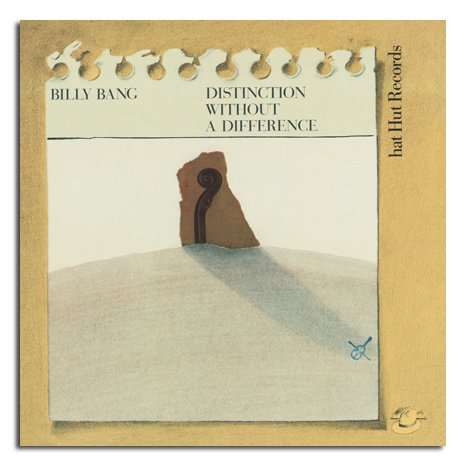 Distinction Without a Difference

The long out-of-print first solo record by American violinist Billy Bang (1947-2011), recorded in 1979 and first released on Hat Hut Records, featuring his own compositions, extrapolated at length in the intimate live concert, as well as traditional and improvised material. Remastered from original tapes and augmented by newly discovered recordings from the same concert. Part of the large cache of historical Hat Hut records that Corbett vs. Dempsey continues to release. Original cover, reprinted in all its glory with a tip-on gatefold. Classic American creative music on CD for the first time!