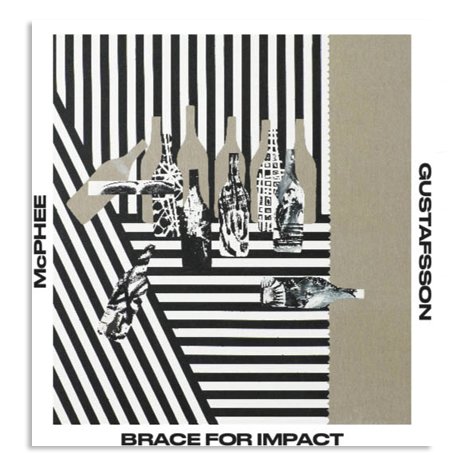 Some recordings, the world is just not ready for them when they're made. In 2008, Swedish born, Austrian resident saxophonist Mats Gustafsson and Poughkeepsie, New York multi-instrumentalist Joe McPhee made a suite of studio recordings that they loved so much they immediately culled, mixed, and mastered them. A decade later, when the original label for which they were planned had not yet issued them, Gustafsson and McPhee offered them to Corbett vs. Dempsey, and when we heard them we couldn't believe the music. As searching and searing as anything either of them has made, the duets lived up to their explosive title. Gustafsson is known for his energy, and it's here in droves, but there are other nuances brought out by McPhee, a supple sense of melodicism (hey now, Gustafsson is a Swede, so by birthright he's melodic) and the love of experimental sound-making that McPhee displayed on his sound-on-sound recordings in the late '60s. Although the two wind-players have worked together very extensively – in Peter Brötzmann's large groups, with McPhee as a guest in Gustafsson's band the Thing, and in all manner of large and small group improvisations – but they have never issued a record of duets before. This duo debut, now a decade in the can, is insanely powerful. We recommend that you prepare yourself for the impact. Cover image by Charline von Heyl, interior photo of McPhee and Gustafsson bracing themselves back in 2002, by John Corbett. The package is completed by a haunting cover image by artist Cauleen Smith.