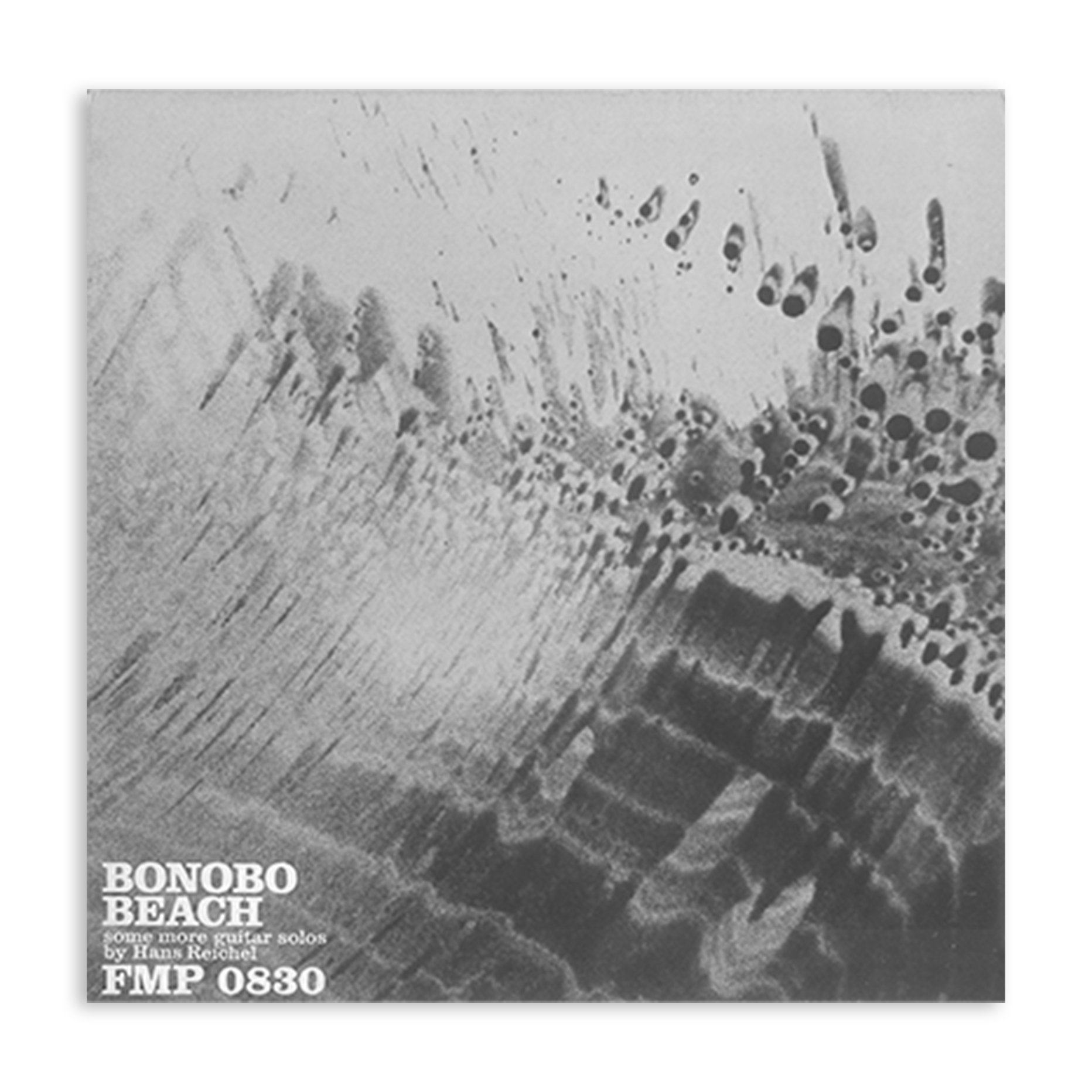 Subtitled “some more guitar solos,” Bonobo Beach was German guitarist and instrument inventor Hans Reichel’s fourth and final record of solo guitar works. After this record, Reichel would turn much of his attention to the bowed wooden-tongued instrument he created called the daxophone. Reichel recorded the six tracks at his home in Wuppertal in April, 1981, and in the process made what might be his masterpiece. These are not just some more guitar solos. Concentrating largely on acoustic guitar with no frets as well as his electric pick-behind-the-bridge guitar, he transforms tones into crystalline formations – patience with resonances, attention to silence, formation of symmetries around a common sonic point, jetting notes that arc and spread and then hover. One might look for other references to describe what Reichel is up to – the magic of Terje Rypdal, the aura of early William Ackerman, the eccentric multiple pickups of Fred Frith – but really this is unique in guitar repertoire. Reichel built his instruments as tools for improvised exploration, and then he dove deep into them, never so far as on tracks like “Could Be Nice” or the quivering “Southern Monologue,” or the two brilliant versions of the title track, “Bonobo Beach.” On “Two small pieces announced by a cigar-box,” the titular box is bowed in a vocal manner that portends Reichel’s development of the daxophone. This CD reissue, licensed directly from FMP, restores Reichel’s original artwork and design for the LP, as well as an amusing insert tracking the development of his guitars from 1972-1981. A beautiful, essential document from one of the great outsider guitarists of all time. Limited edition of 500 copies.