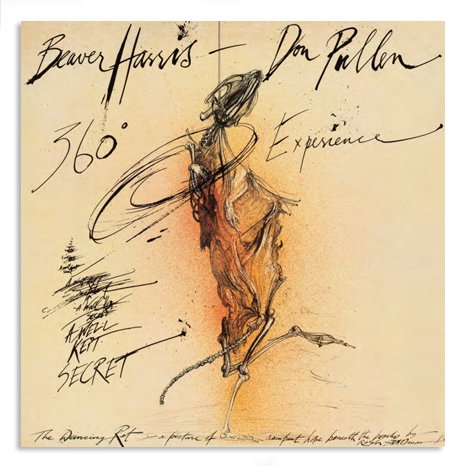 Of all the never-issued-on-CD items in history’s dustbin, A Well-Kept Secret is perhaps the most egregious. The beautiful studio recording, made under the watchful ear of über- producer Hal Willner, was first issued on LP in 1985 on Willner’s own Shemp label. With its unconventional lineup featuring steel drums, Latin percussion, and French horns, along with the co-leaders’ drum-kit and piano, it is among the most wonderful outings of its decade. Pullen was in top form, his inside-outside approach to the keyboard perhaps optimally heard on the exuberant “Double Arc Jake,” where the bright melody suddenly breaks into pieces, snapping back into miraculous shape. The band includes Hamiet Bluiett on baritone saxophone and Ricky Ford on tenor saxophone, along with Buster Williams on bass, Francis Hayes on steel pans, and a special brass section led by Sharon Freeman on the 17-minute “Goree.” All compositions by Harris and Pullen. With the original cover design by Ralph Steadman reproduced in all its glory, the CD was remastered from unplayed vinyl, as the tapes were destroyed in a fire. This is one of the classic records of creative music in the ‘80s, available for the first time in any digital form.