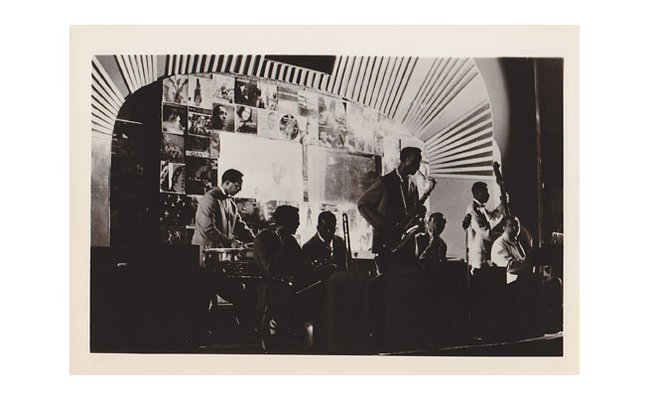 In May 2014, the world celebrated the hundredth birthday of musician, bandleader, composer, and thinker Sun Ra whose terrestrial existence began in Birmingham, Alabama in 1914 and ended in 1993. One of the most profound and exploratory figures in 20th century music, Sun Ra was a jazz musician who combined a sense of vanguardism and tradition in equal measures, reveling in the pageantry and buoyancy of 1920s big-bands like Fletcher Henderson and Duke Ellington, while forging new paths by introducing synthesizers and open improvisation into jazz. His legendary ensemble, the Arkestra – alternately dubbed the Myth-Science Arkestra and the Omniverse Jet Set Arkestra amongst other descriptive monikers – was his vehicle into musical space, formed in the early 1950s and still functional 21-years after his passing, now under the leadership of saxophonist Marshall Allen.

Over the last 10 years, Sun Ra’s significance in the sphere of visual arts has risen exponentially. His writings, many of them only recently published, have been of great interest to young artists, and to the field of Afro-Futurism, a term coined, ironically, at the time of his death and which has subsequently held Sun Ra to be one of its formative pillars. Artists like Ellen Gallagher and Josiah McElheny have paid direct homage to him, as did The Shadows Took Shape, a hugely-lauded Afro-Futurism exhibition at the Studio Museum in Harlem earlier this year, which presented a selection of Sun Ra related material along with work by 28 other artists, all in one way or another part of Sun Ra’s contemporary lineage.

In When Sun Comes Out, a concise Sun Ra exhibition, Corbett vs. Dempsey and David Nolan Gallery will present a group of ephemeral paper materials associated with Sun Ra, including early record cover prints – the full pages that would have been “tipped on” to cardboard sleeves – along with rarely seen photographs, brochures for El Saturn Records, and a riotous, never exhibited press release for Super-Sonic Jazz, one of the earliest Sun Ra releases. Two of the most exciting items in the show are original cover drawings – a sketch and the final design – for the ultra-rare 1976 Saturn LP The Soul Vibrations of Man.