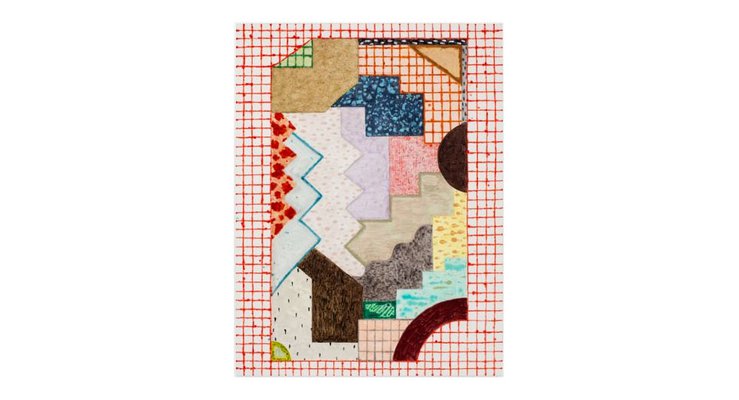 Southafternoon, paintings by Rebecca Morris, at the Bonnefanten Museum

In 1994 the American painter Rebecca Morris (b. Honolulu 1969, lives and works in Los Angeles), gained notoriety with a manifesto published in Artforum, titled: ‘For Abstractionists and Friends of the Non-Objective’. A sentence in her statement of principals declared: “Make work that is so secret, so fantastic, so dramatically old school/new school that it looks like it was found in a shed, locked up since the 1940s”.

Over the past twenty years, Morris has resolutely trodden her own path, developing an abstract visual language that transcends modern traditions such as Modernism, Pop Art and urban culture, with craftsmanship and material playing a leading role. In her work, Morris employs an iconography of fragmented and splintered abstract shapes that continually form new constellations. Sometimes they resemble ice floes drifting within a monochromatic or pointillist continuum, or swollen vermicelli sinking in a primordial soup.

Southafternoon is a presentation of twelve recent paintings from 2009-2013. The title Southafternoon comes from a song by Roberto Cacciapaglia from The Ann Steel Album, and in part relates to the late afternoon sunlight in Morris’ studio in Los Angeles.

A catalog accompanies the exhibition, and is available in Corbett vs. Dempsey’s book shop here.