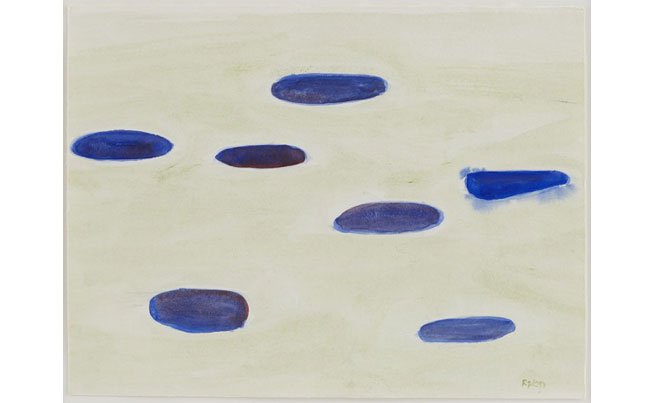 Rebecca Morris in Paintings on Paper at David Zwirner

David Zwirner is pleased to present Paintings on Paper, on view at the gallery’s 537 West 20th Street location. This group exhibition will highlight artists who, by working in an abstract idiom, implicate the specificity of the paper support and the materiality of paint, and will include work by James Bishop, Ilse D’Hollander, Raoul De Keyser, Suzan Frecon, Mary Heilmann, Paulo Monteiro, Rebecca Morris, Ad Reinhardt, Al Taylor, and Stanley Whitney.

This exhibition will focus on artists who make paintings on paper as an integral part of their practice, rather than as preparatory works. In 1986, James Bishop abandoned making large-scale works on canvas in favor of devoting himself entirely to more intimately scaled painting on paper, stating, “I was more interested in… writing with the hand rather than with the arm. I think mostly it was that I could make something that seemed to me much more personal, subjective, and possibly original.”1 Likewise, the artists represented here operate outside of traditional notions of medium specificity, making works that can neither be categorized fully as paintings nor as drawings, but that communicate through their invocation of color, composition, and texture. By privileging the often alchemical ways that paint and paper interact, these artists create works that are distinctly individual and that reflect an intuitive engagement with process.