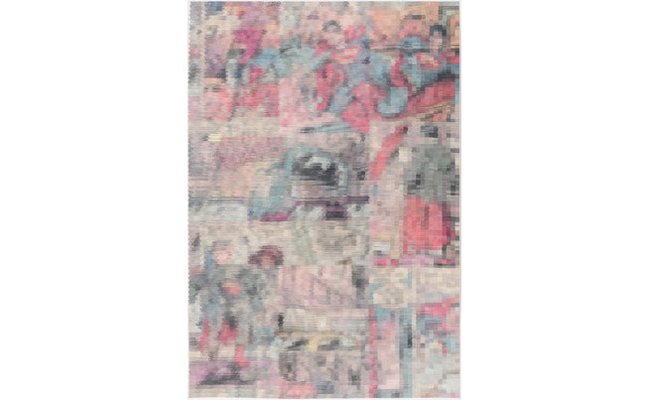 John Sparagana in Terms of Use at Glass Curtain Gallery

When artists working primarily with the photographic image exhaust the route of traditional print techniques, they turn to digital, unorthodox and commercial print applications as tools to make gestures in the studio. Printing works directly onto fabrics, matte board, metal and transparencies was once seen as standard practice for commercial street advertisements and store displays, but now functions as a commonplace technique among contemporary artists. Some artists in Terms of Use adopt these approaches, stripping them of their once singular use and repurpose them to critique today’s visual culture, while others employ such strategies to mirror or confuse the viewer, blur the line between a commercial good and an artwork itself. They mix together digital weaving machines, homemade exposure units, document scanners and even the projection of a negative image directly on the gallery wall to respond to the heavily saturated visual world we interact with everyday.

The artists in this exhibition find themselves spending less time in the studio and more time communicating with the outside world; collaborating with commercial printers, testing application processes and seeking out the ideal material to execute their concept. The manual production of works now happens at the hands of professionals and the studio has become a place to build ideas, reflect on these choices and share successes and failures with others. The studio, once a place of solitude and creation, now functions as a collaborative vehicle similar to one of a factory production line used in making everyday goods.