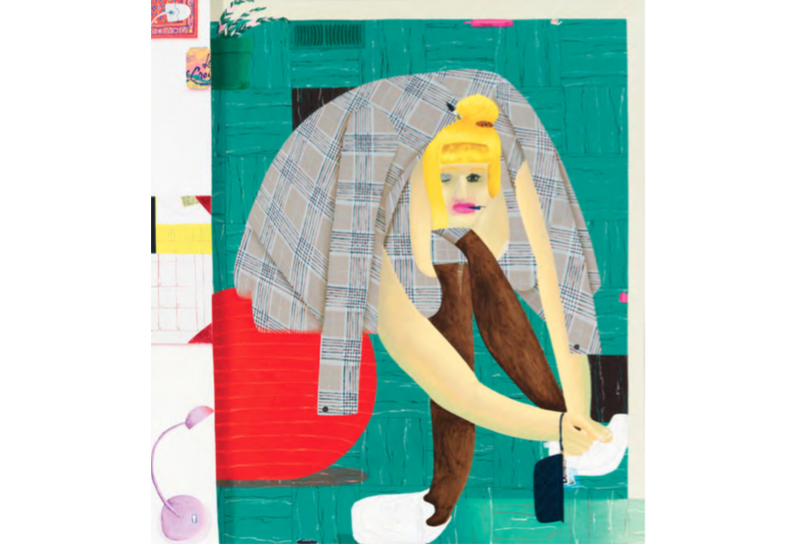 Steven Zevitas writes  “I have been a fan of Celeste Rapone’s work since first encountering it in 2013, the year she was first represented in New American Paintings. She has always been a gifted painter, but over the past few years her work has become more formally complex and taken on a searing psychological resonance. The subjects of Rapone’s work, which are mostly women, find themselves in physically impossible positions, squeezed tightly into the boundaries of the picture plane. They are paintings about doubt, insecurity, and vulnerability; they are about the familiar and the unfamiliar; they are about the struggles we all face in our lives and the myriad ways in which we move beyond them.”