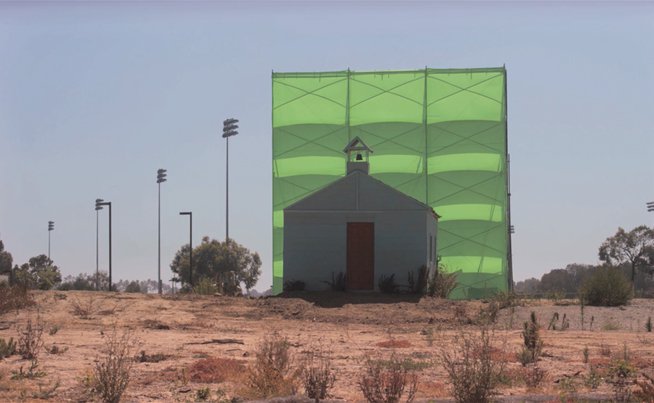 Cauleen Smith in Histories of Sexuality at New Museum

NEW YORK – “Histories of Sexuality” situates Wynne Greenwood’s work in proximity to two programs from the New Museum’s past that focused on sexuality and gender in then-recent video works: “HOMO Video: Where We Are Now” (1986–87), curated by William Olander, and the video programs associated with Marcia Tucker’s “Bad Girls” exhibition (1994), curated by filmmaker Cheryl Dunye.

These provocative presentations—each recreated here in abbreviated form and accompanied by select archival materials—attempted to redress the reductive representation of homosexuality and gendered subjects that their curators perceived in art as well as in culture at large. Both were characterized by works concerned with the texture of individual subjects and communities rather than celebrating some uniform, idealized fantasy of either gay or female liberation. Included in “Histories of Sexuality” are videos that originally screened as part of these presentations, by Jane Cottis, Sadie Benning, Lyn Blumenthal, Gregg Bordowitz, Cecilia Dougherty, Sandi DuBowski, Richard Fung, Stuart Marshall, Alix Pearlstein, Tom Rubnitz, Joyan Saunders, Suzie Silver, and Cauleen Smith..

The exhibition “HOMO Video” traced distinctions within the arena of homosexuality, with Olander working against the idea that lesbians and gay men desired a heterosexual normalcy and that there could be homosexual “types.” The works he selected foreground the subjective and the intimate, or else they turn a critical eye to the inability of the media and mass culture to address with nuance concerns and ideas ranging from the AIDS crisis to biological differences between the sexes to the positive influence of pornography for intimate relationships. While the lo-fi quality of many of the featured works evokes amateur video, several of the works from “HOMO Video” were specifically created for, or reference, broadcast television, with its dual nature of engaging both the personal and the public realms.

The three video presentations that were part of “Bad Girls”—“She Laughed When She Saw It,” “Female Friends,” and GAG”—took up that exhibition’s irreverent feminist humor. Dunye defined the “bad girl” as potent and powerful, positing her as sexually explicit in her work, as transgressive in her politics, and with the agency to utilize both fact and fiction in fashioning her public persona. As a collection, these videos reiterate the lack of representation of women of color that Dunye had rigorously sought to rectify but that she found to be a persistent challenge; while there were feminist video artists making work about race, humor—in spite of its critical potential—still appeared to be off limits. The transgressive potential of humor is, however, detectable in the videos that ultimately screened as part of these programs. Collectively, they demonstrate how the term “bad girl” insinuates empowerment and sexual confidence but also serves to reinforce the very power dynamics that prevent such women from entering mainstream structures of power.

In revisiting “HOMO Video” and the video programs associated with “Bad Girls,” this presentation foregrounds the thinking and production that has taken place at the New Museum around issues of sexuality and gender, contextualizing questions that persist today, albeit under different cultural conditions.

A second iteration of “Histories of Sexuality” will screen in early 2016 on Video Data Bank’s online platform, VDB TV, vdb.org/tv .

“Histories of Sexuality” is organized by Johanna Burton, Keith Haring Director and Curator of Education and Public Engagement, with Alicia Ritson, Research Fellow. It is presented in partnership with Video Data Bank and VDB TV. Special thanks to Electronic Arts Intermix, V Tape, and Women Make Movies.