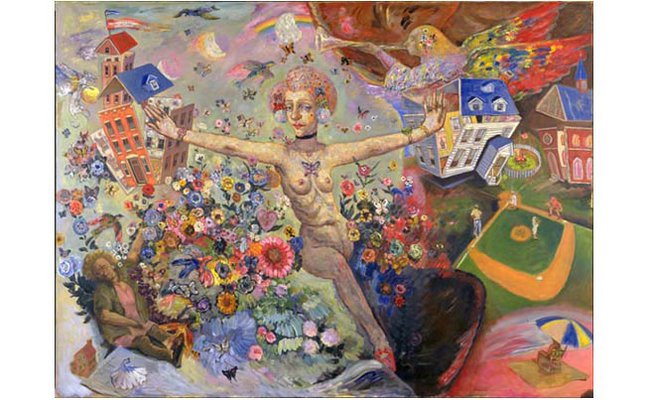 Big Picture: A New View of Painting in Chicago at the Chicago History Museum

CHICAGO – Chicago epitomizes the splendid diversity of American art. A central hub for art education in the United States, the city has retained an eclectic character across the span of a century and a half, welcoming divergences while cultivating stylistic debate. Where other surveys of Chicago art have concentrated on shorter historical segments, Big Picture takes the long view, assembling paintings from the city’s formative years to the present day. In the place of a linear chronology, works are gathered into thematic sections, juxtaposing paintings from distant stylistic worlds, jump cutting between historical epochs, and allowing a rare glimpse of the grand scheme of Chicago’s bountiful artistic legacy. Drawn primarily from the Chicago History Museum’s holdings and delighting in the diversity of aesthetics and approaches, Big Picture presents a vivid story of the major tendencies and minor tributaries of painting in the Windy City.

The Big Picture exhibition is curated by John Corbett and Jim Dempsey, and is on view at the Chicago History Museum from October 20, 2007 – August 3, 2008.