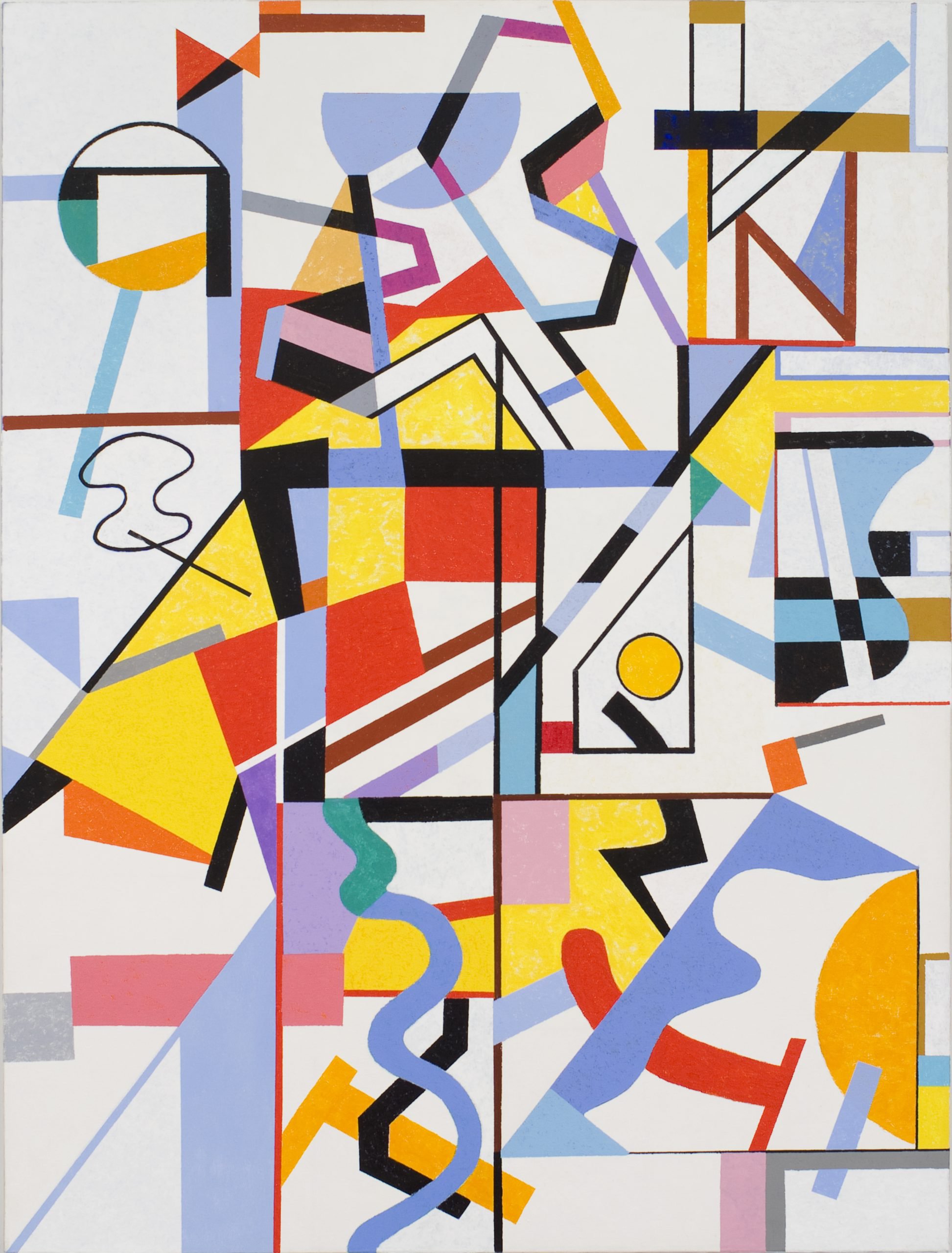 Of all my teachers, Tom had the most grounded gentle presence in a classroom, as if his confidence in the self-restraint of the formal was by example the student’s key to achieving the skill to see with insight.
– Jimmy Wright

Tom had his inclinations…but Tom allowed, in a Zen-like approach, without pushing his agenda…students to open up and be their own creative self.
– Karl Wirsum

I was Tom Kapsalis’s student while an undergraduate at the School [of the Art Institute of Chicago] between 1960-64. I was in his Figure Drawing class multiple times. I remember Tom as an extremely kind, patient and encouraging instructor who was as interested in my ideas about the work as his own thoughts relating to the work. When discussing a student’s drawing he would often ask: “What do you think?”
– Suellen Rocca

The restrained richness of Kapsalis’s paintings must also be connected to his Greek heritage, which is perfectly forthright. The pictures are filled with light; clean, clear, and perfectly organized they are worthy of the highest respect for their lack of pretension.
– Dennis Adrian

In an exclusive online ADAA viewing room exhibition Corbett vs. Dempsey is proud to salute one of Chicago’s great artists and educators, Thomas H. Kapsalis, celebrating the artist’s 95th birthday.

Active as a painter and sculptor since the 1940s, Kapsalis has been one of the steadiest through-lines in the story of Windy City art. A student of Kathleen Blackshear at the School of the Art Institute of Chicago, he went on to teach there for more than five decades, and his combined class rosters are a virtual registry of the city’s artists, including a who’s who of the Hairy Who. His work has remained uncommonly committed to a modernist concept, albeit one inflected by Kapsalis’s unique combination of formalism and humor. A decorated WWII veteran and prisoner of war from the Battle of the Bulge, Kapsalis responded to the U.S. involvement in Vietnam by removing color from his work. This special online exhibition presents a survey of the artist’s career encapsulated in eight works, each piece drawn from a different decade of his painting and sculpting, starting in 1949 and pulling up to the near present in 2014. Kapsalis is still hard at work in the same home studio he’s occupied for the last sixty years, investigating principles of point, line, and plane through is own inimitable lens, creating bright, joyous, ingeniously constructed canvases and sculptures made of diverse materials.