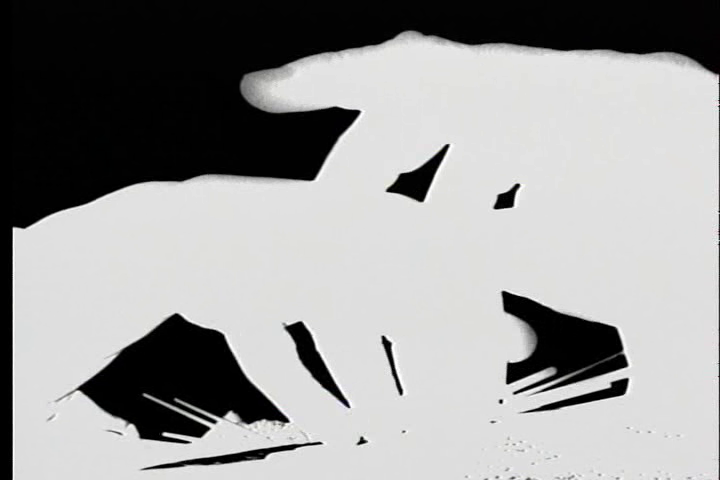 Composer, photographer, and filmmaker Phill Niblock's immaculate experimental film features a soundtrack by bandleader and extraterrestrial Sun Ra and the members of his Solar Arkestra, comprised of rare moving footage of the band in this era. Shot in the mid sixties, when the Arkestra was based in New York, this film was produced using a unique black & white negative process (with no internegative) and ultra-tight close-ups on the moving hands and mouths of the musicians, increasingly frenetic as the images seamlessly turn from negative to positive. The result is a virtually abstract music film, edited with pinpoint precision that emphasizes the independence of image and sound, save a single magical moment of synchronization at film's end.