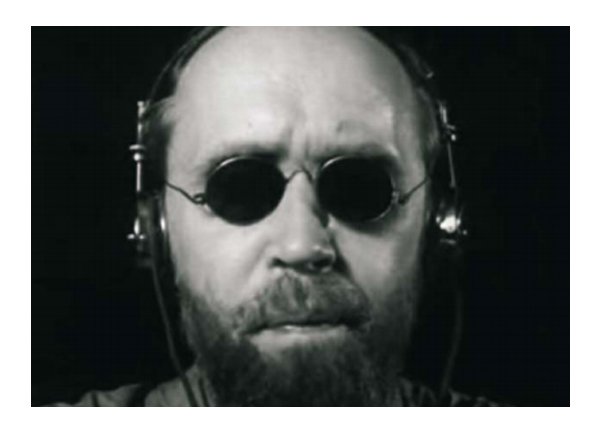 In the Vault, CvsD presents Lågsniff, a 1965 film by Åke Hodell, directed by Hodell and Per Wiklund. One of the great intermedia artists of the Swedish avant-garde, Hodell was a leading figure of the international text-sound movement. This 20-minute black-and-white film features Hodell and a virtual summit of important Swedish text-sound artists in an innovatively edited experimental stage play adapted from a manuscript that he composed two years earlier. Lågsniff manifested in live performances, a book, and this filmed version, which was made for Swedish TV but aired only once before being rejected as too strange to broadcast again. Toggling between a sort of anti-fascist package tour, pure sound poetry, and biographical references to Hodell’s experience crash-landing his plane as a fighter pilot in WWII, the film constitutes what art historian Per Bäckström, writing specifically about Lågsniff, has termed an “intermedial cluster,” pulling into one place many different strands of the original manuscript’s potentialities. (1965, 20 min, b&w)