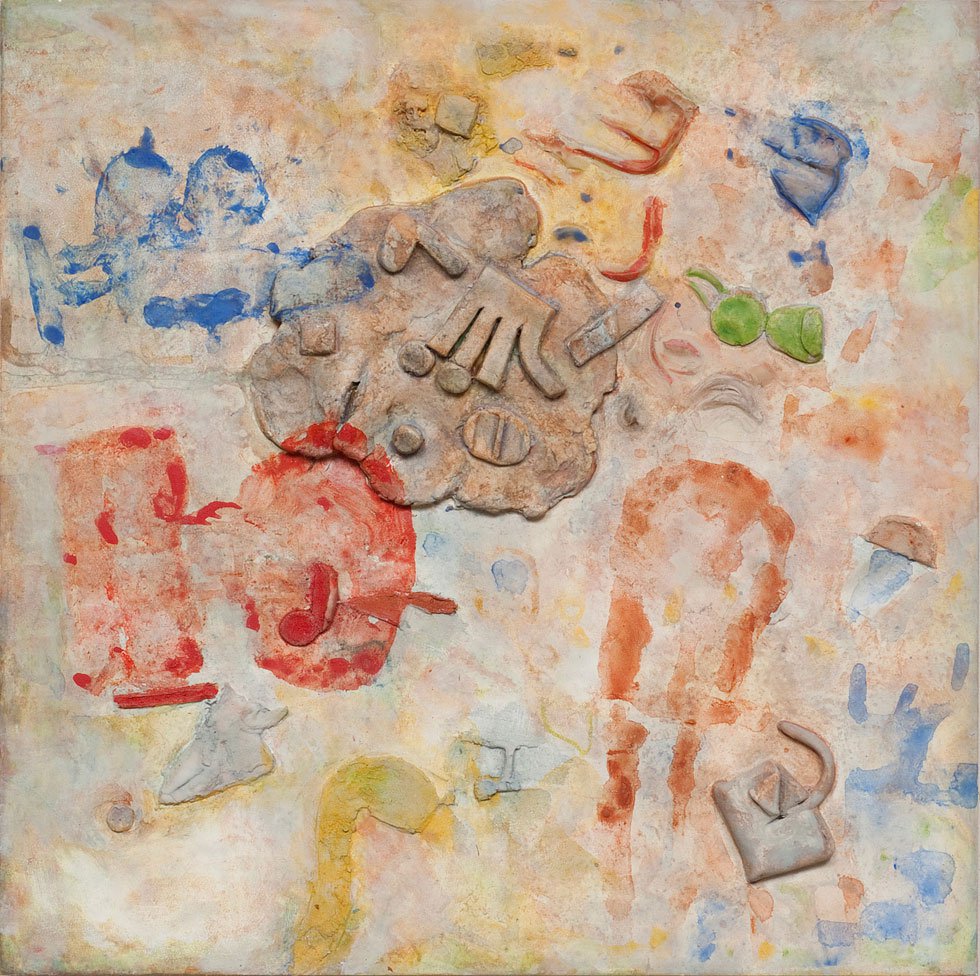 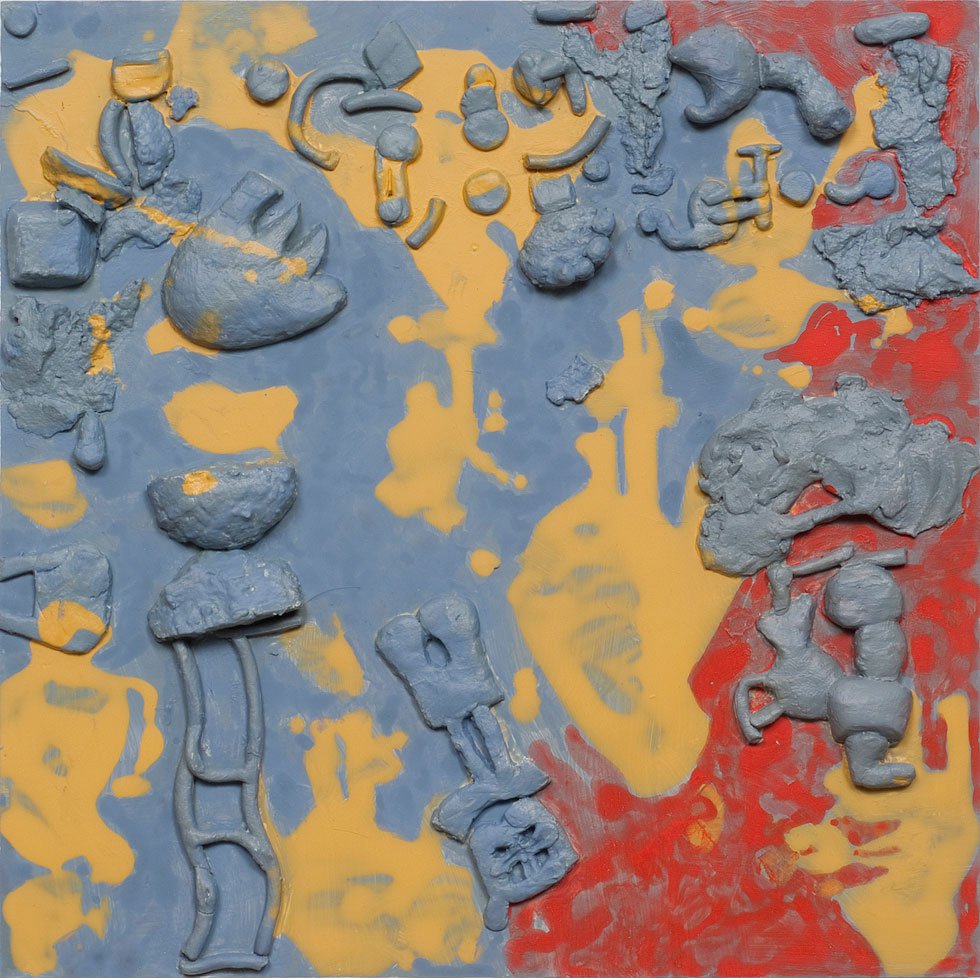 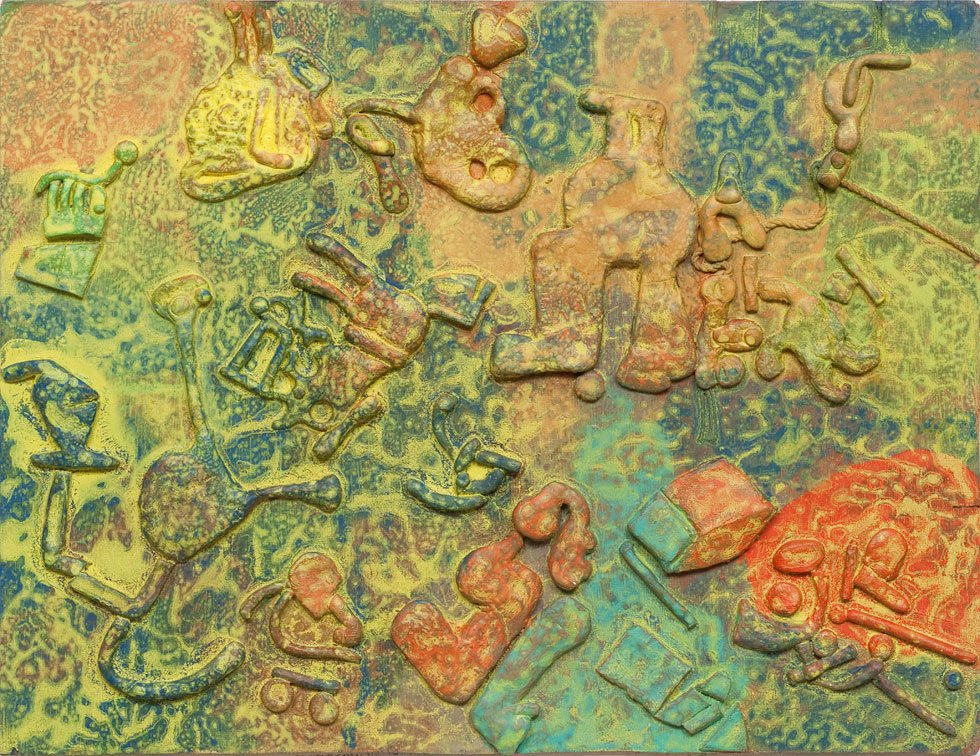 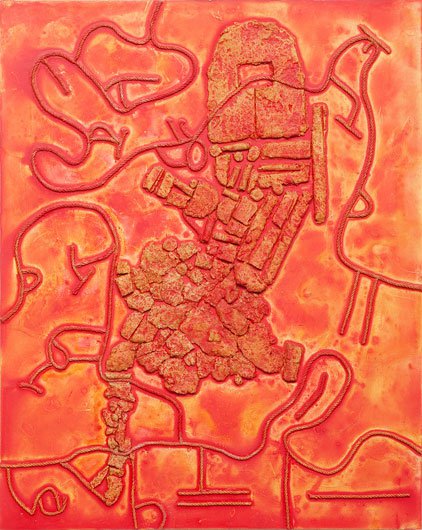 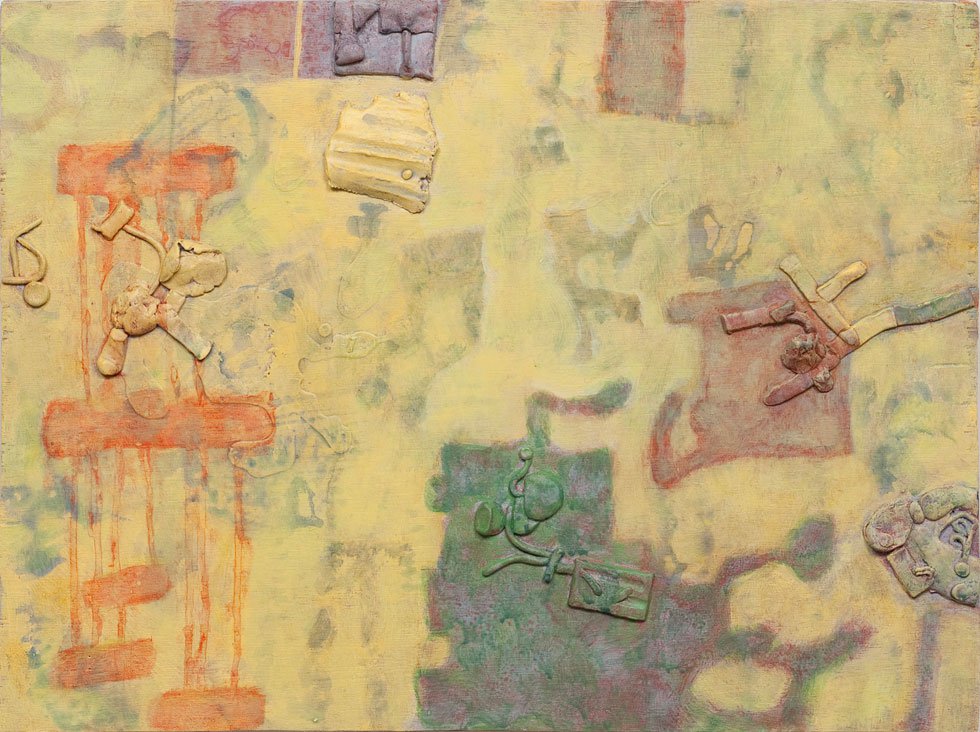 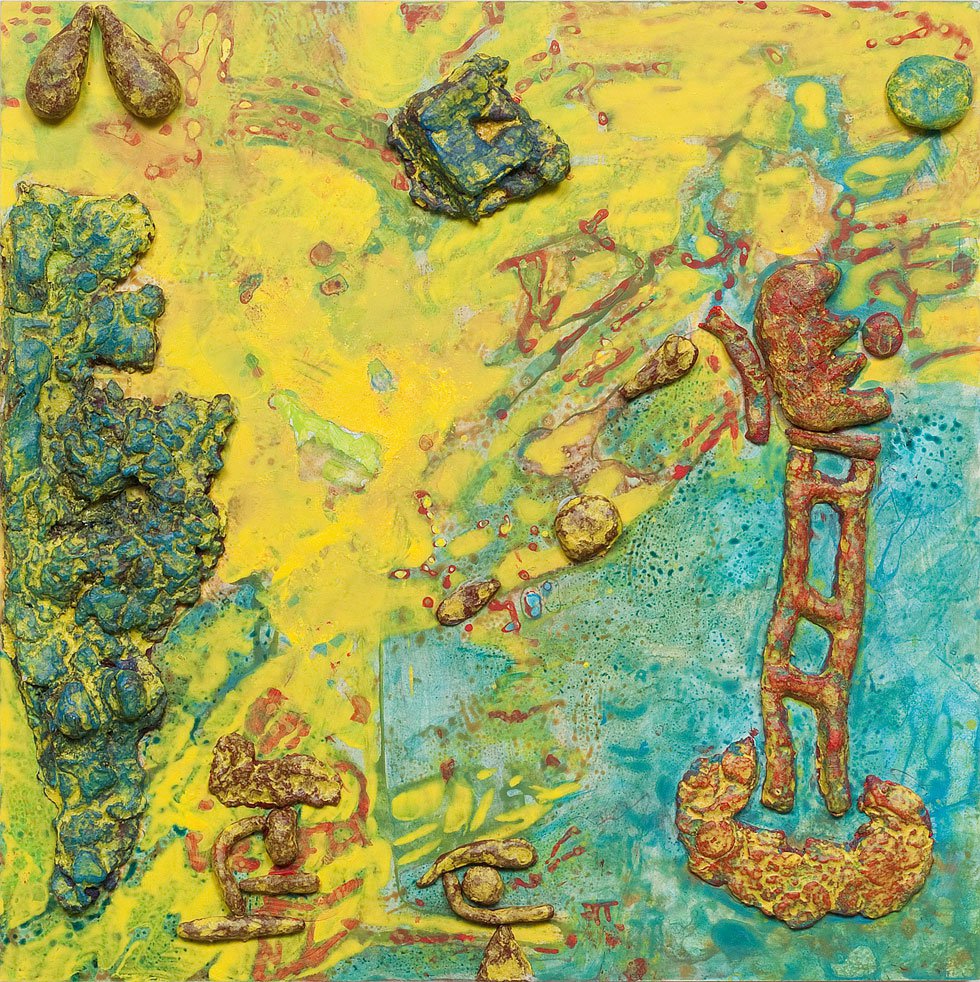 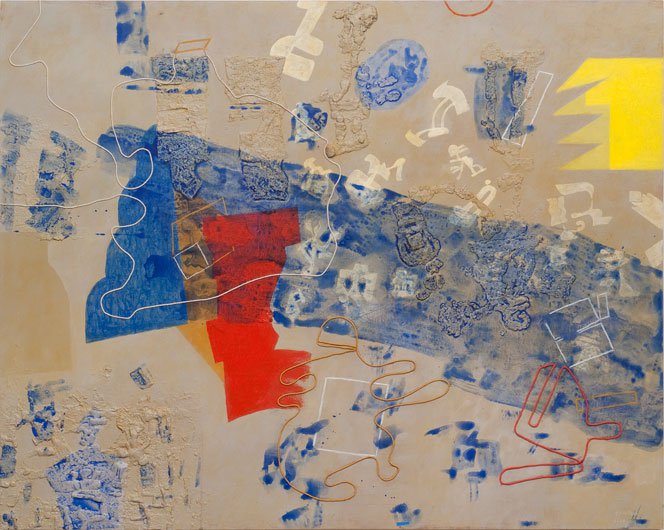 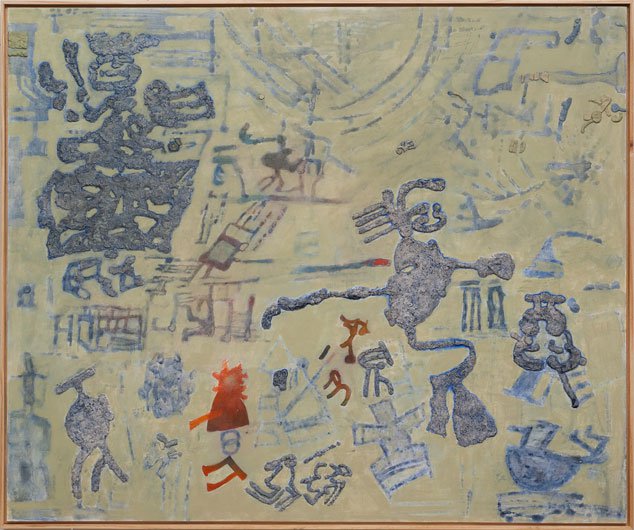 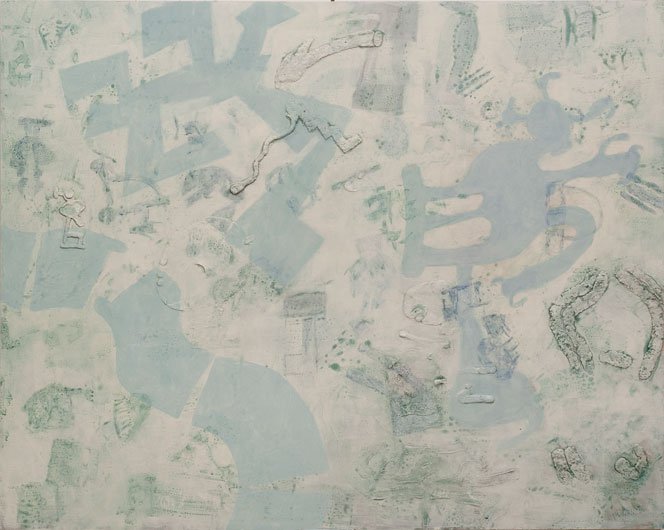 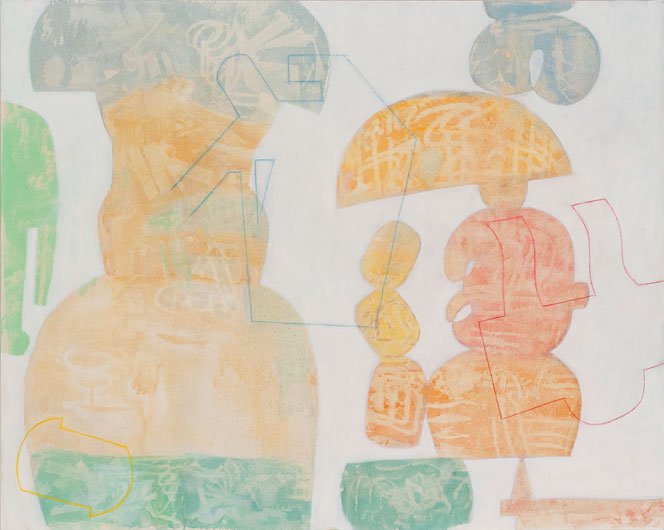 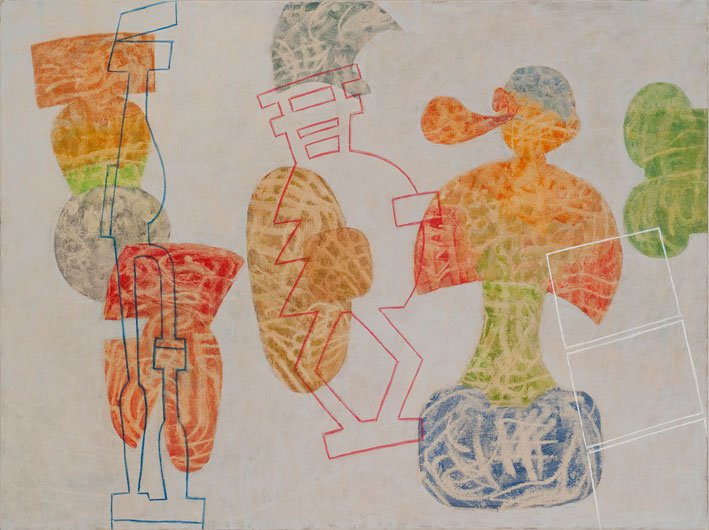 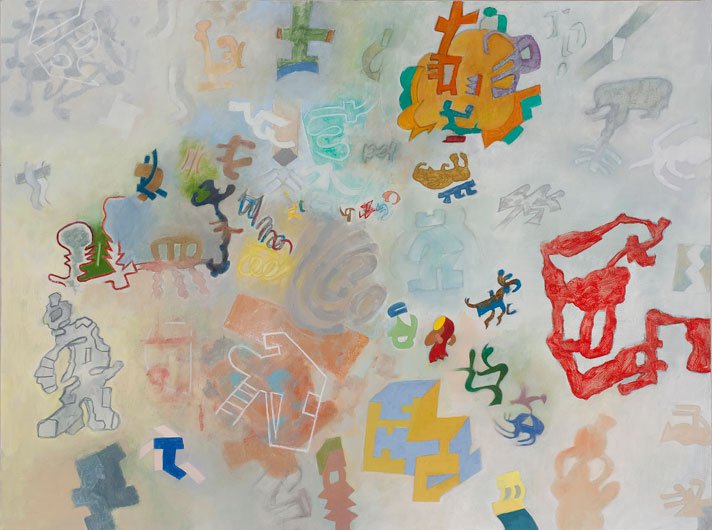 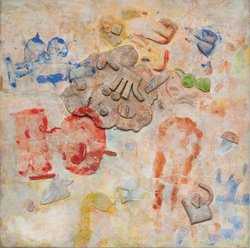 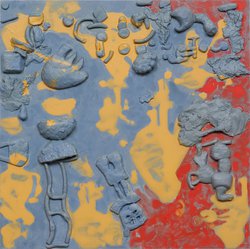 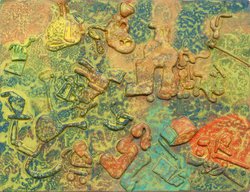 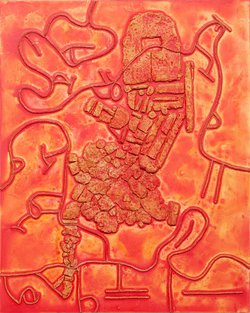 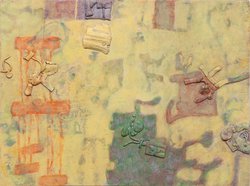 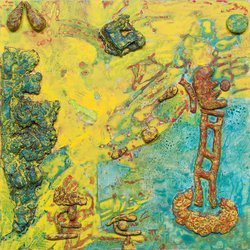 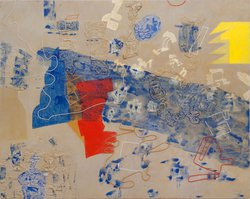 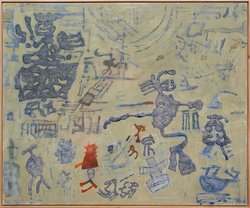 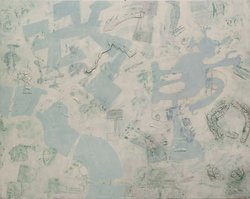 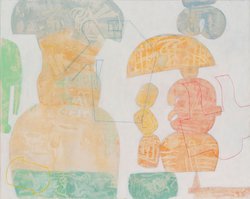 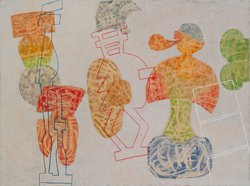 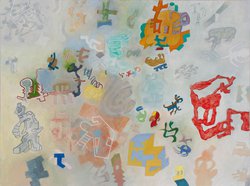 In his signal works of the 1950s and early 1960s, when he first emerged as one of the most important artists in Chicago, Halkin created fantastic figurative scenes painted atop topographic surfaces made of modeling paste and papier-maché, facial features and body parts poking out from the canvases in a vivid 3-D tableaux. In his most recent body of paintings, he extends the abstract elements of recent years, exploring a bright, rich, hard-hitting palette, sometimes tempered with greys and greens, featuring his virtuoso handling of multi-layered totemic and hieroglyphic forms. In many of the paintings made over the last two years, Halkin introduces papier-maché and carefully placed cotton twine as both dimensionality and image, creating yet another layer and heightening the funky energy of these brilliant new works. A Chicago native, Halkin received his BFA from the School of the Art Institute in 1949, and an MS from Southern Illinois University, Carbondale in 1952. Throughout his career Halkin has been the subject of multiple solo exhibitions at Jan Cicero Gallery, Chicago; Phyllis Kind Gallery, Chicago; and Allan Frumkin Gallery, New York. His work has been included in group shows at the Art Institute of Chicago, the Museum of Contemporary Art Chicago, and the Museum of Modern Art. He has taught at Purdue University, Northwestern University, Elmhurst College, and for almost forty years at the School of the Art Institute.