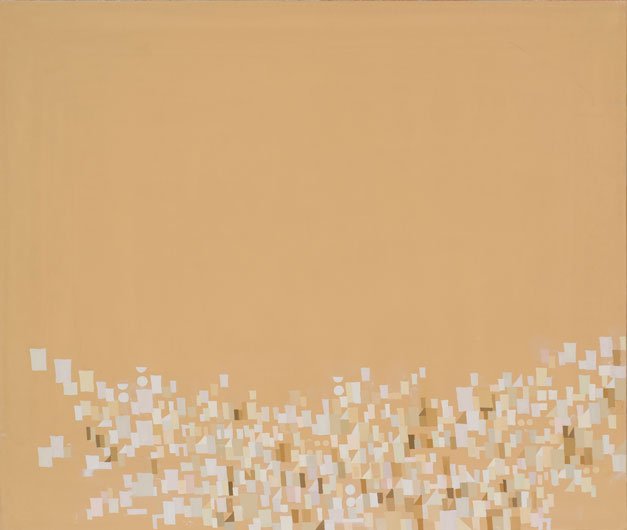 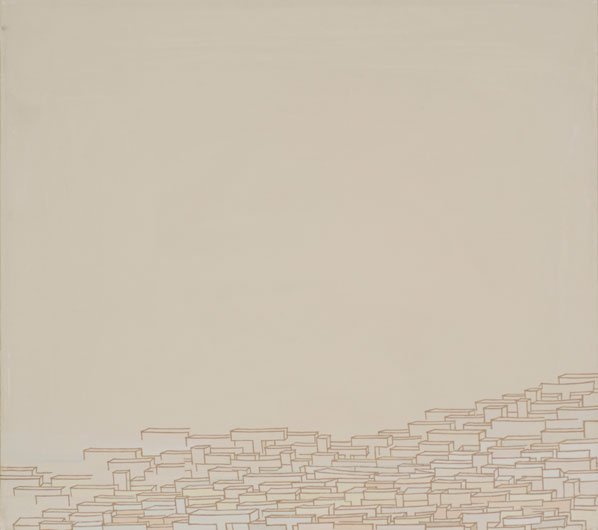 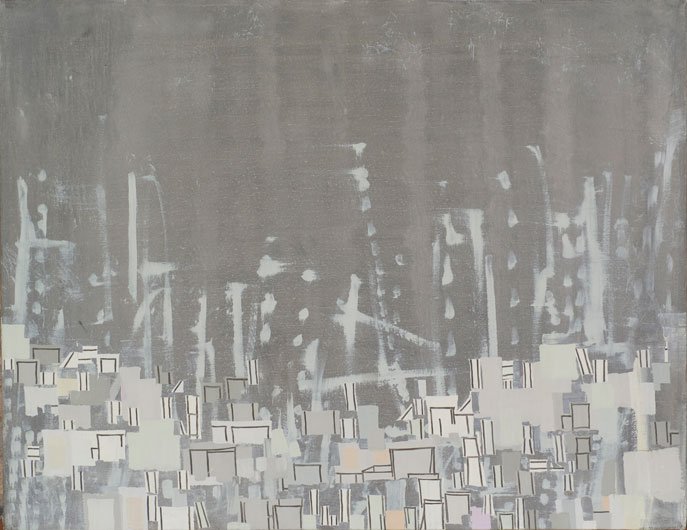 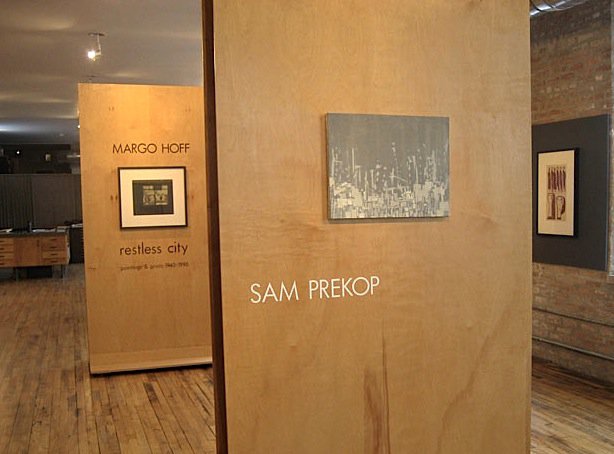 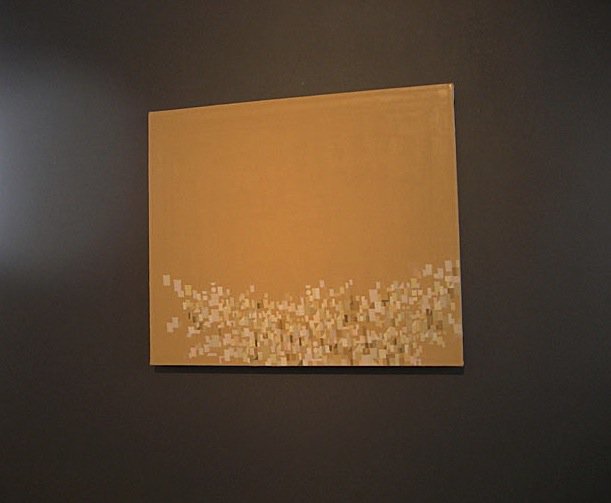 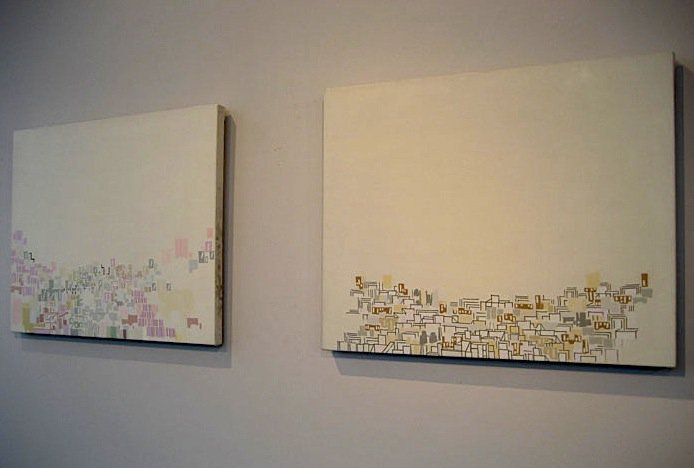 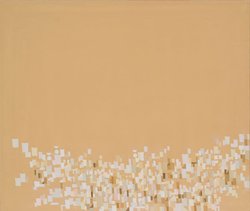 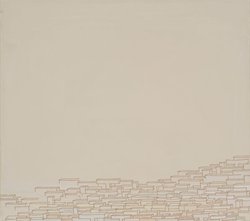 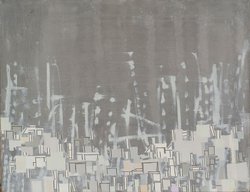 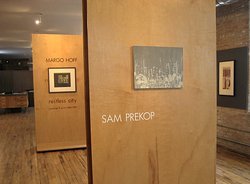 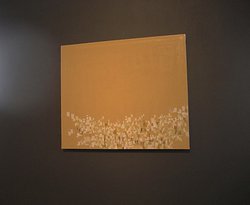 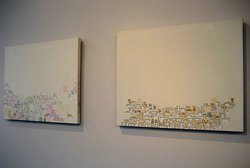 In the Main Gallery-Margo Hoff: Restless City. In the East Wing, Corbett vs. Dempsey presents an exhibition of recent paintings by Sam Prekop.
Prekop is probably best known for his musical endeavors, both under his own name and with the band the Sea & Cake.  Part of an artistic family (father Martin, brother Zach), Prekop studied at the Art Institute of Chicago in the ’80s, working with Ray Yoshida and Thomas Kapsalis.  Over the last decade he has actively shown his paintings and photographs in various international contexts.  His delicate, pale, minimal, and suggestively city-like paintings – which generally feature accretions of boxy forms along the bottom of the canvas – have been featured on various record covers, including his own self-titled solo release and the debut Tortoise CD.  This is the first exhibition of his paintings in Chicago in several years.