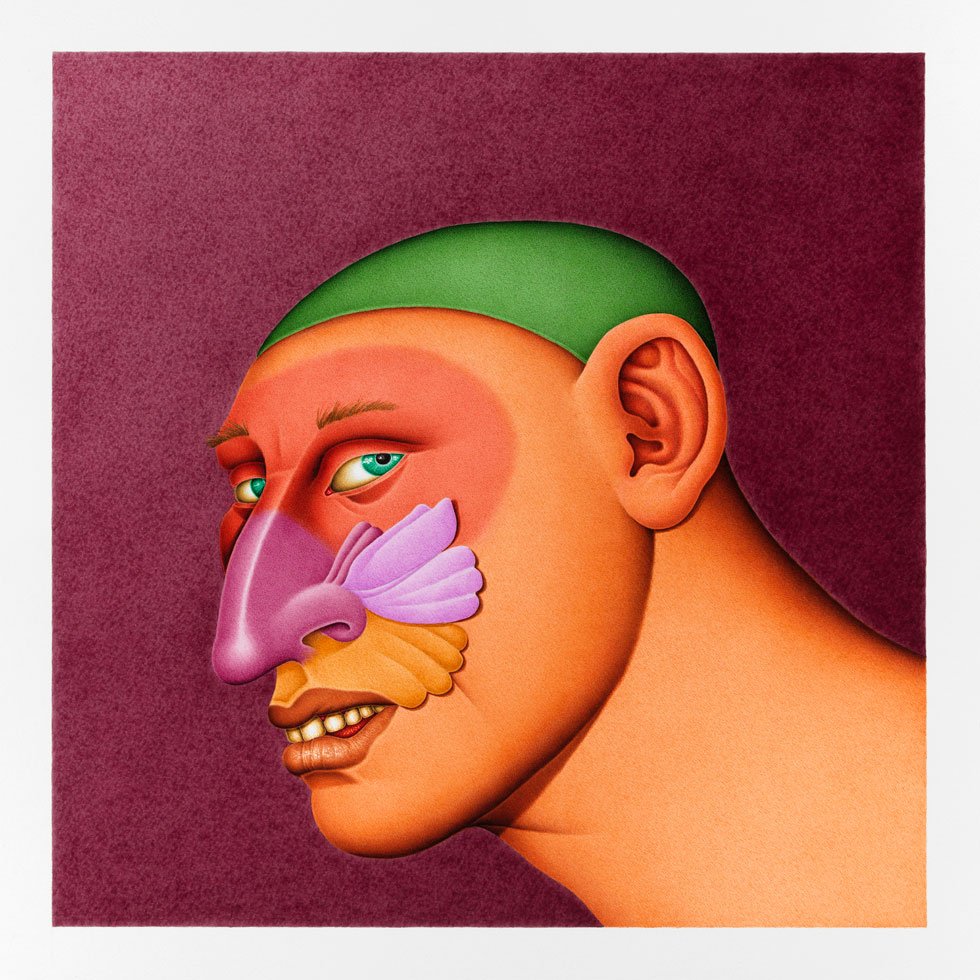 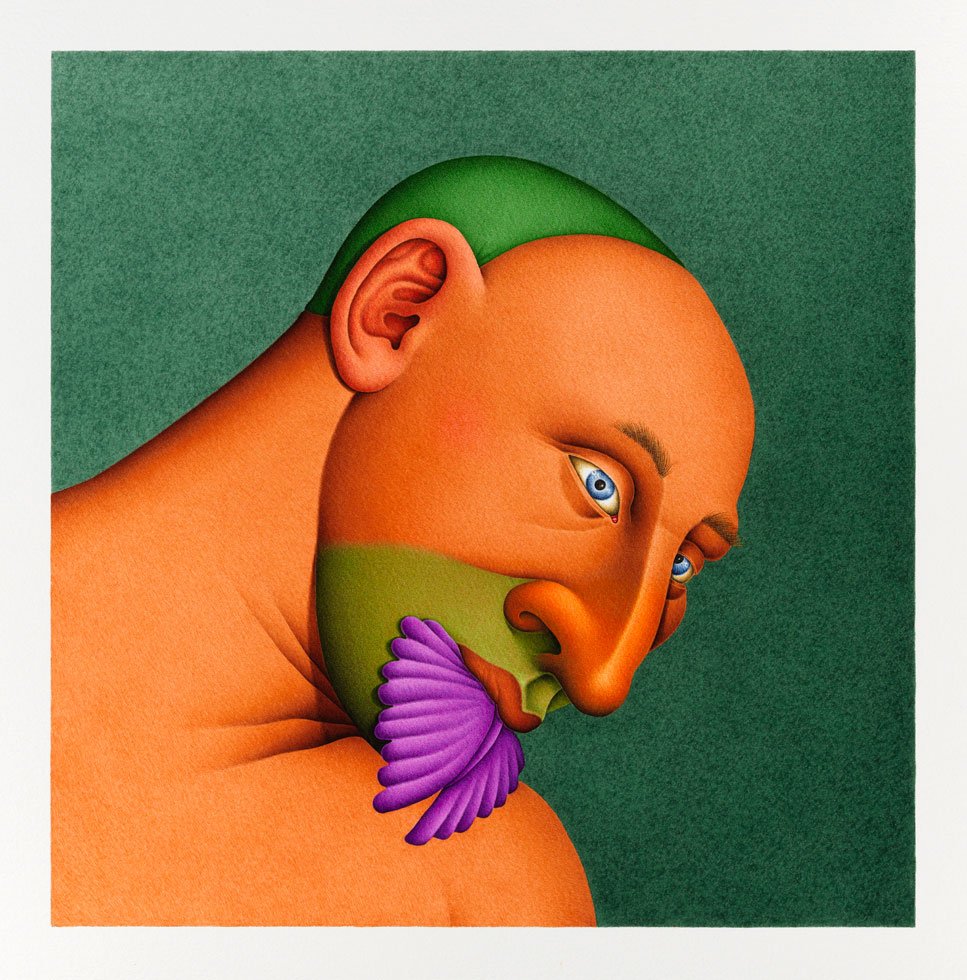 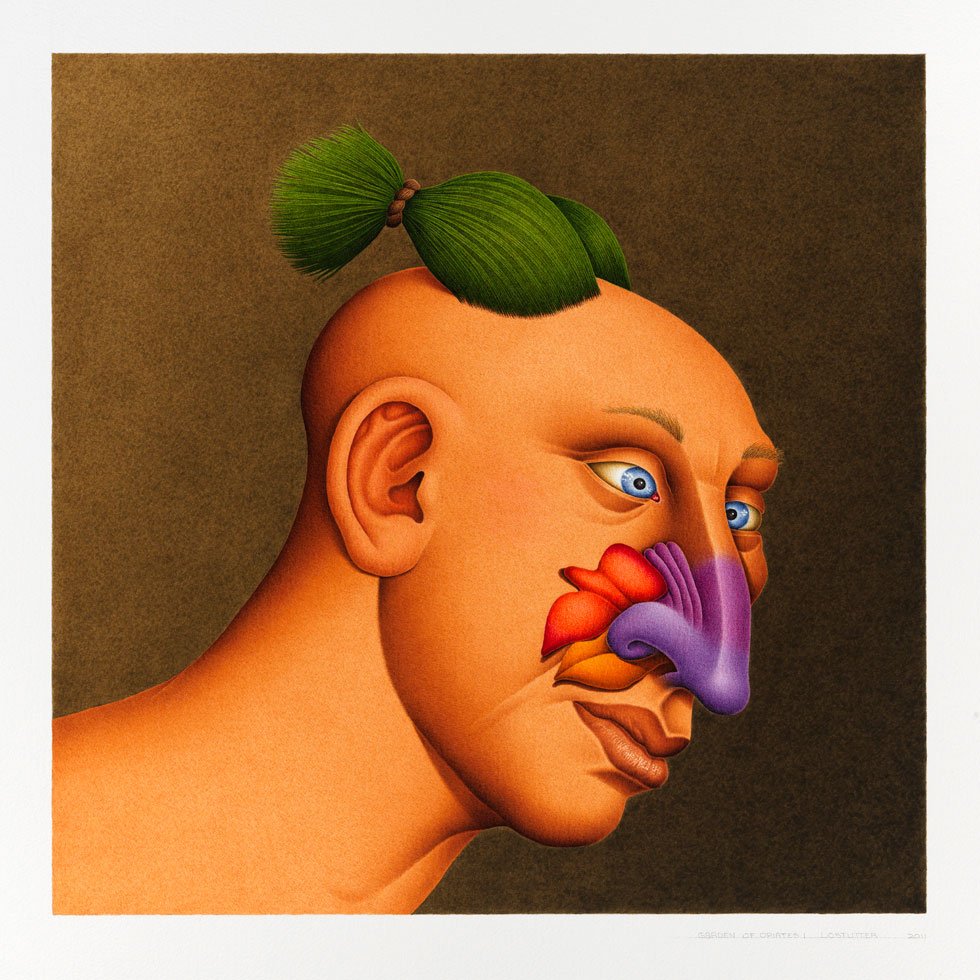 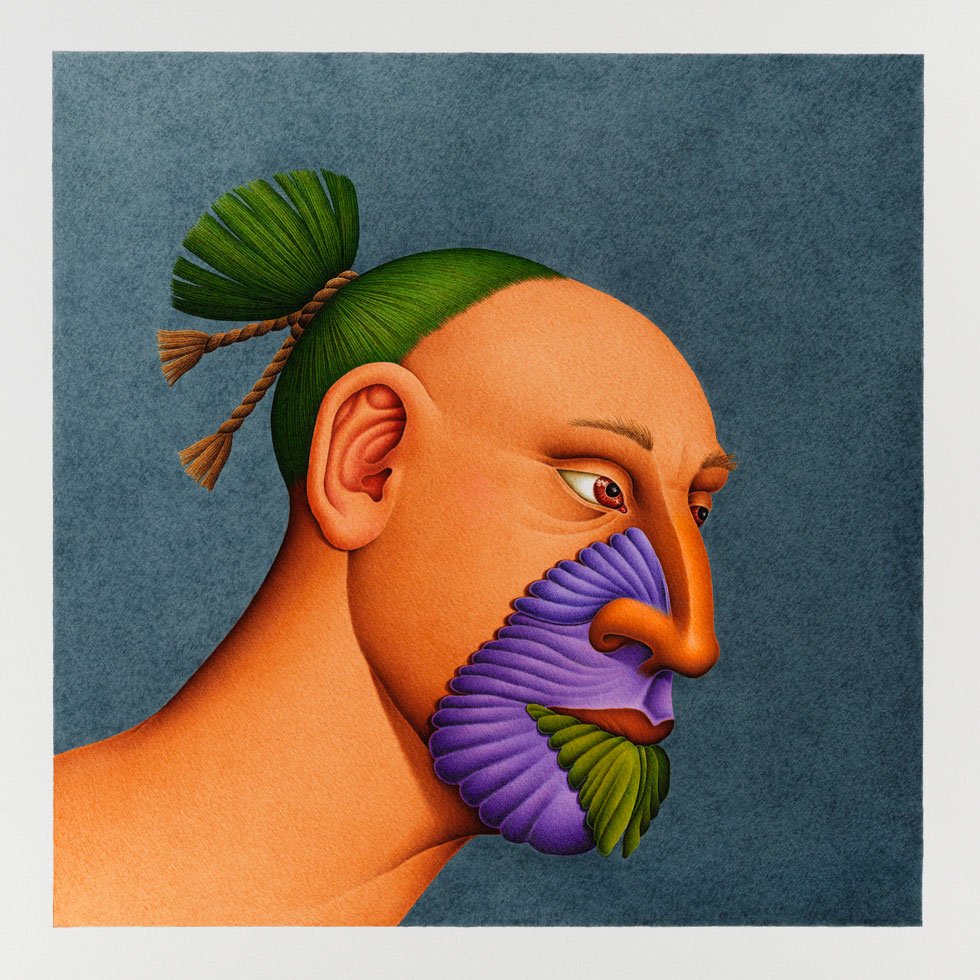 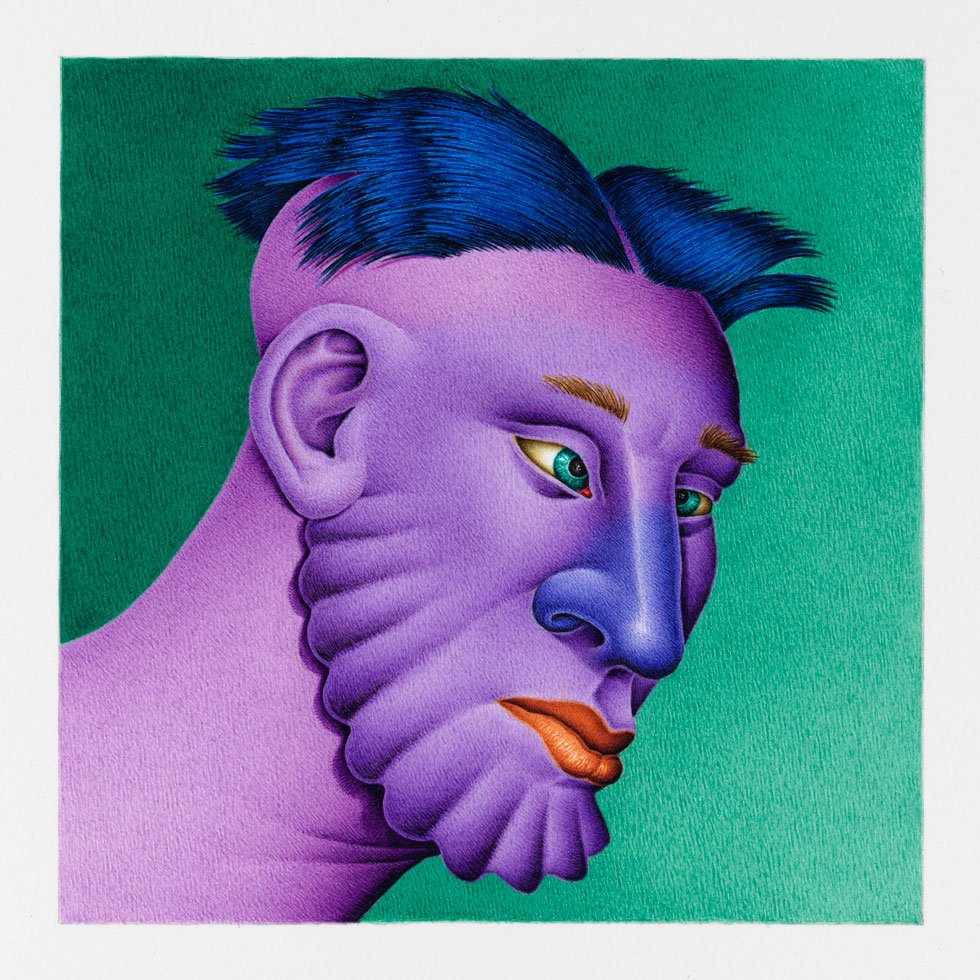 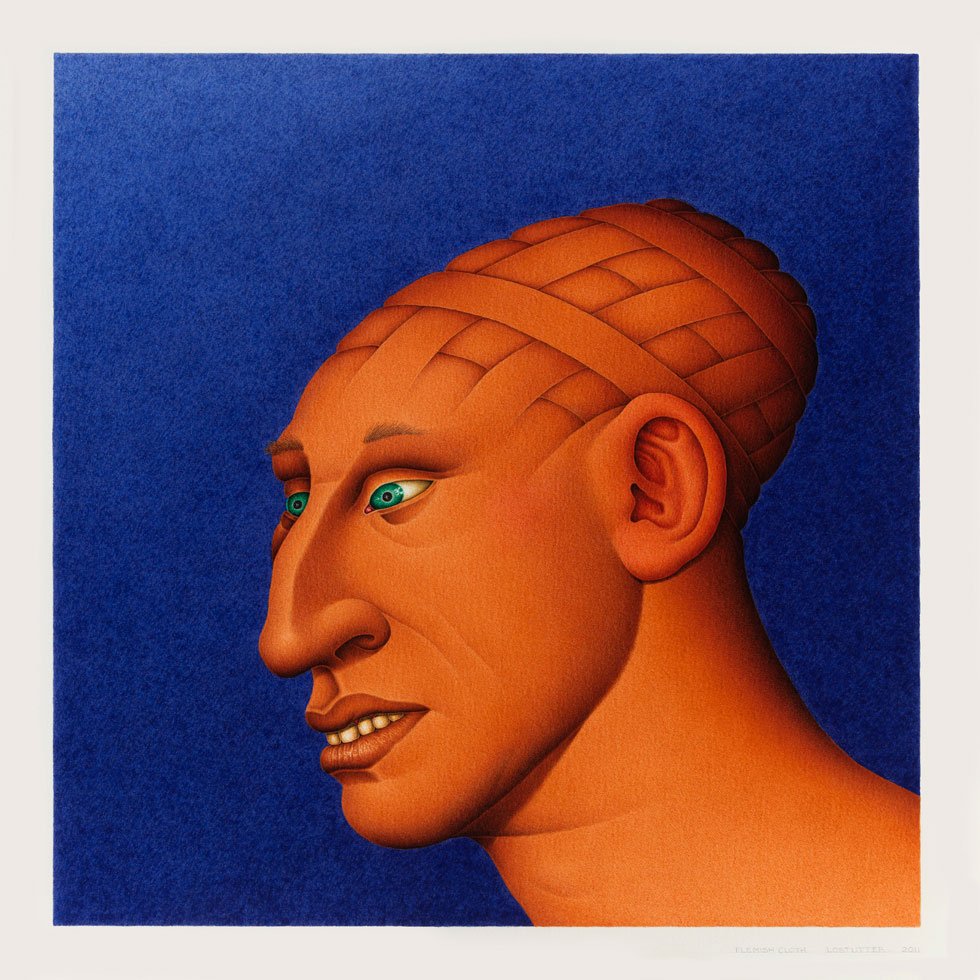 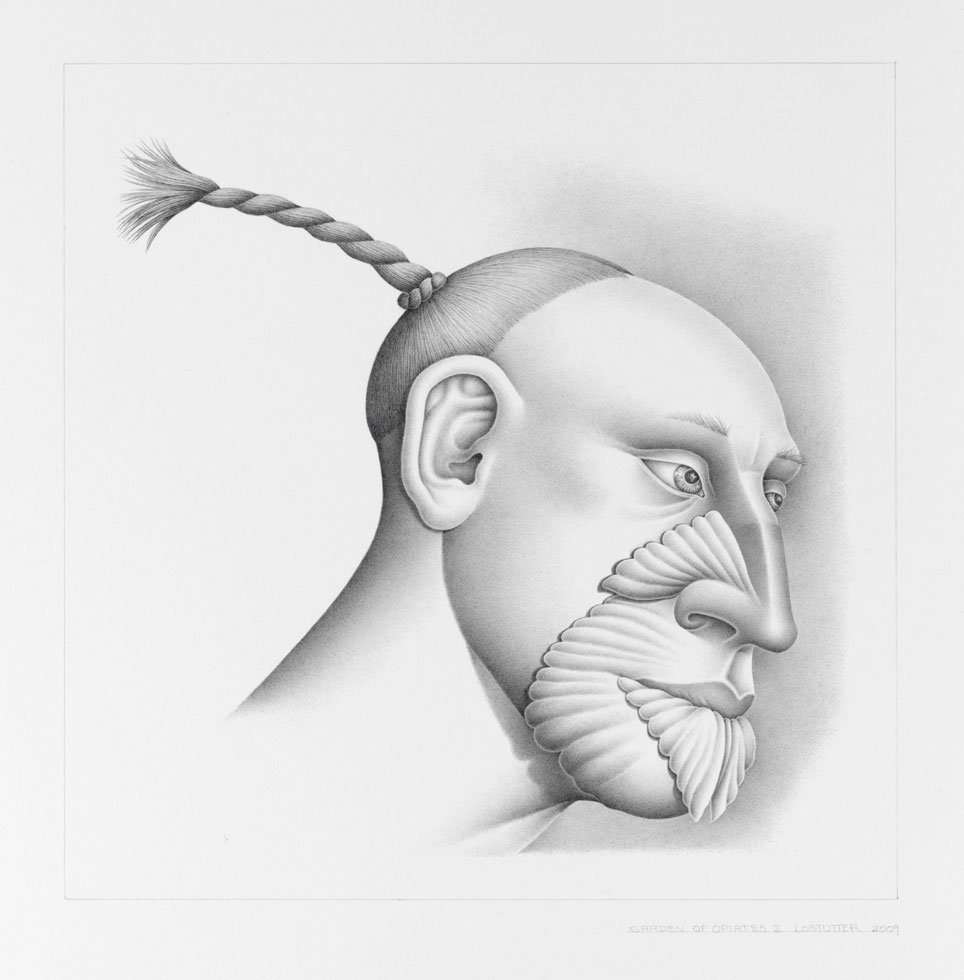 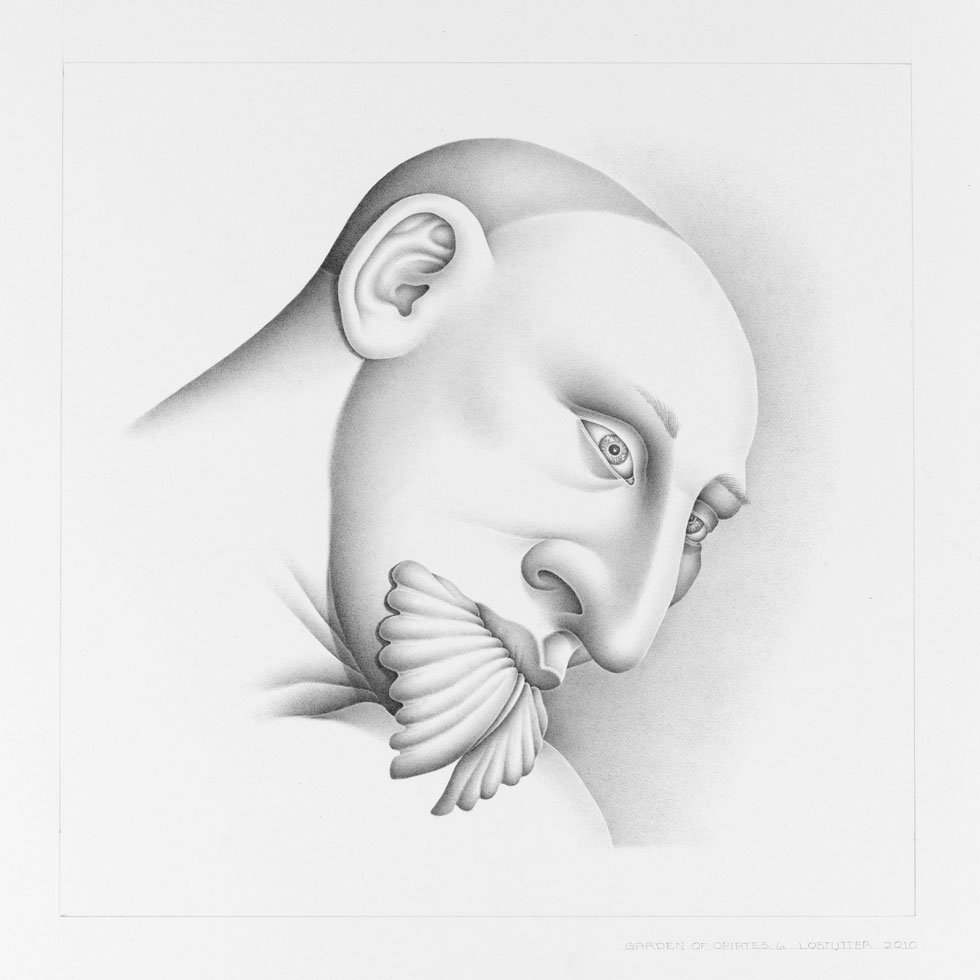 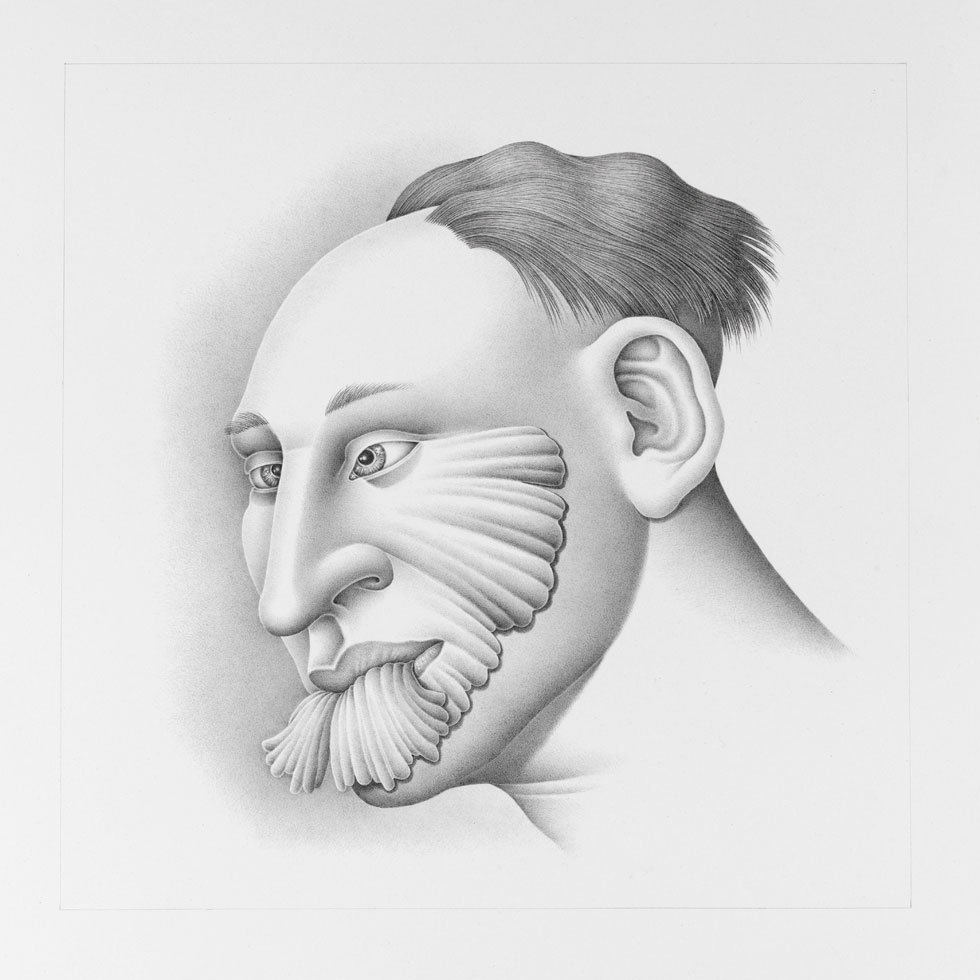 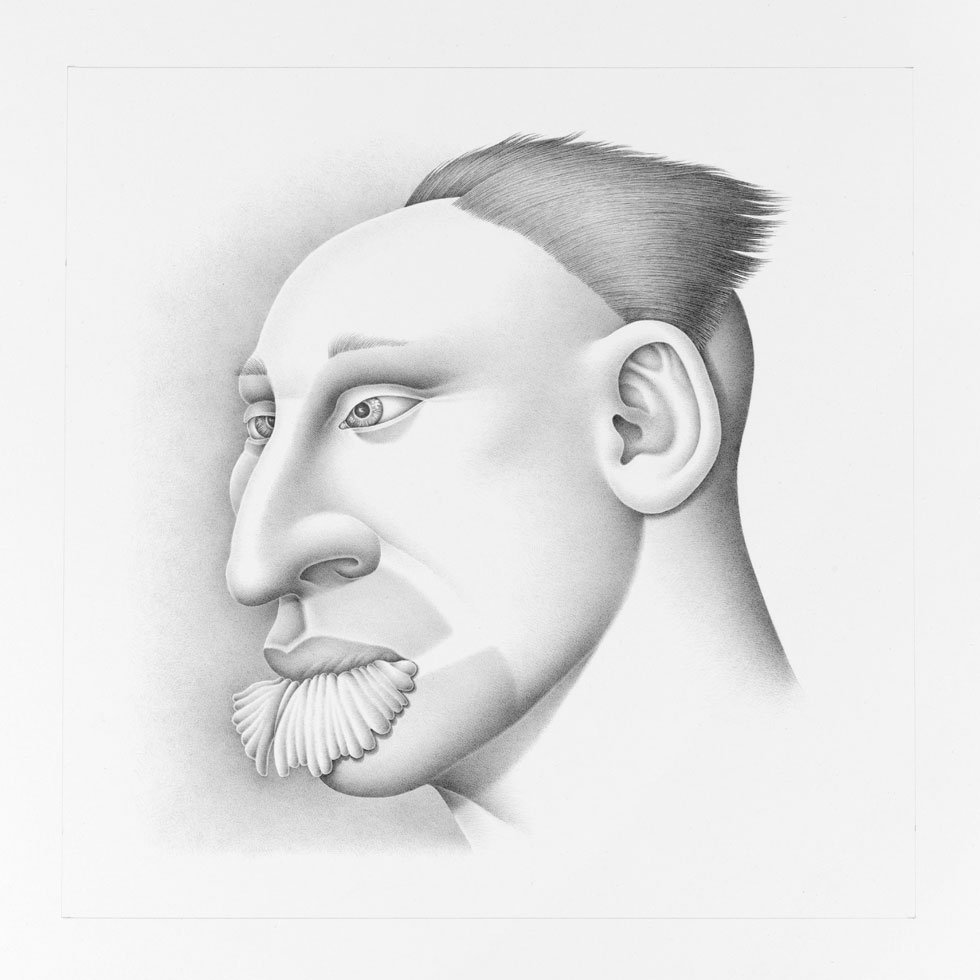 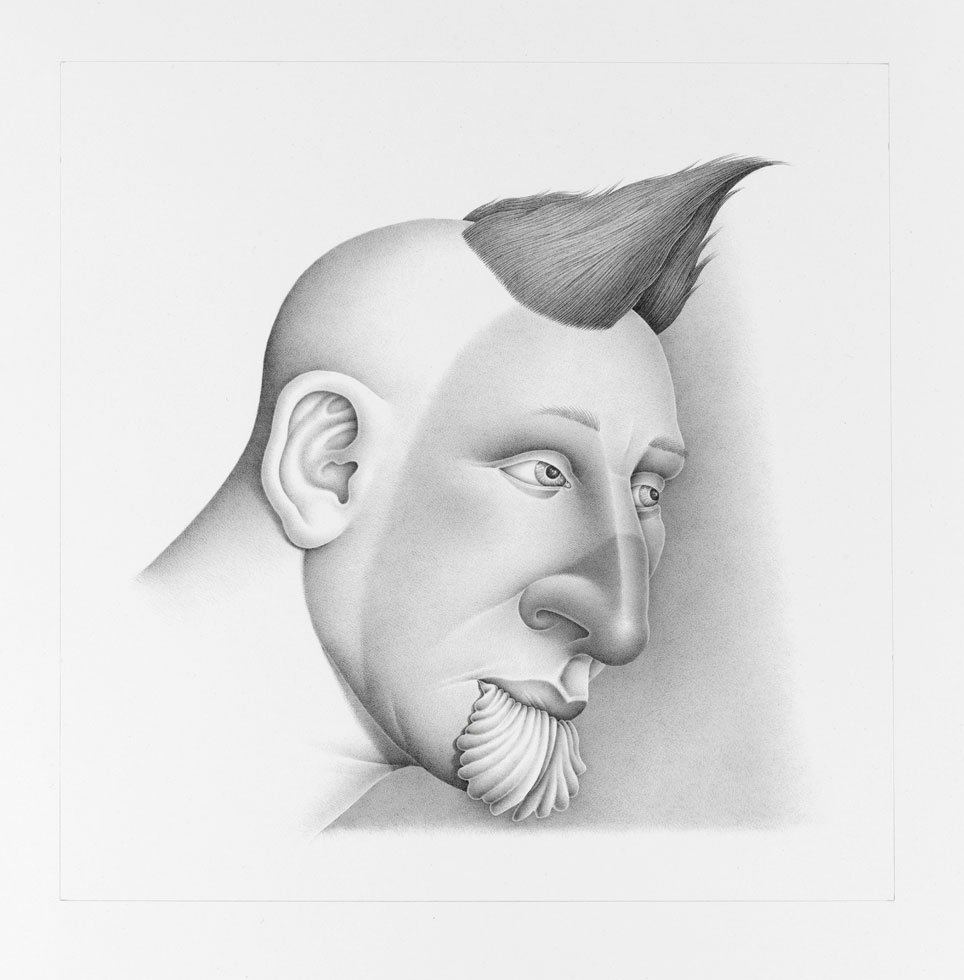 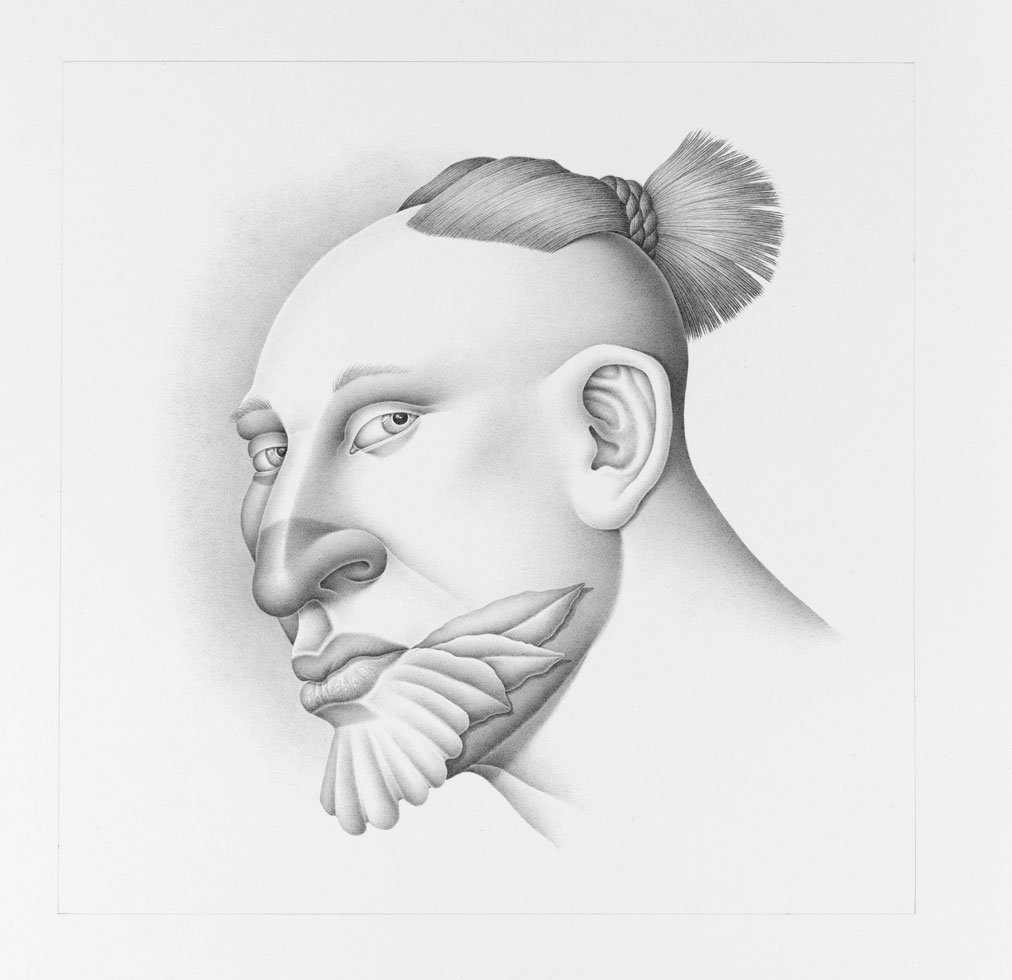 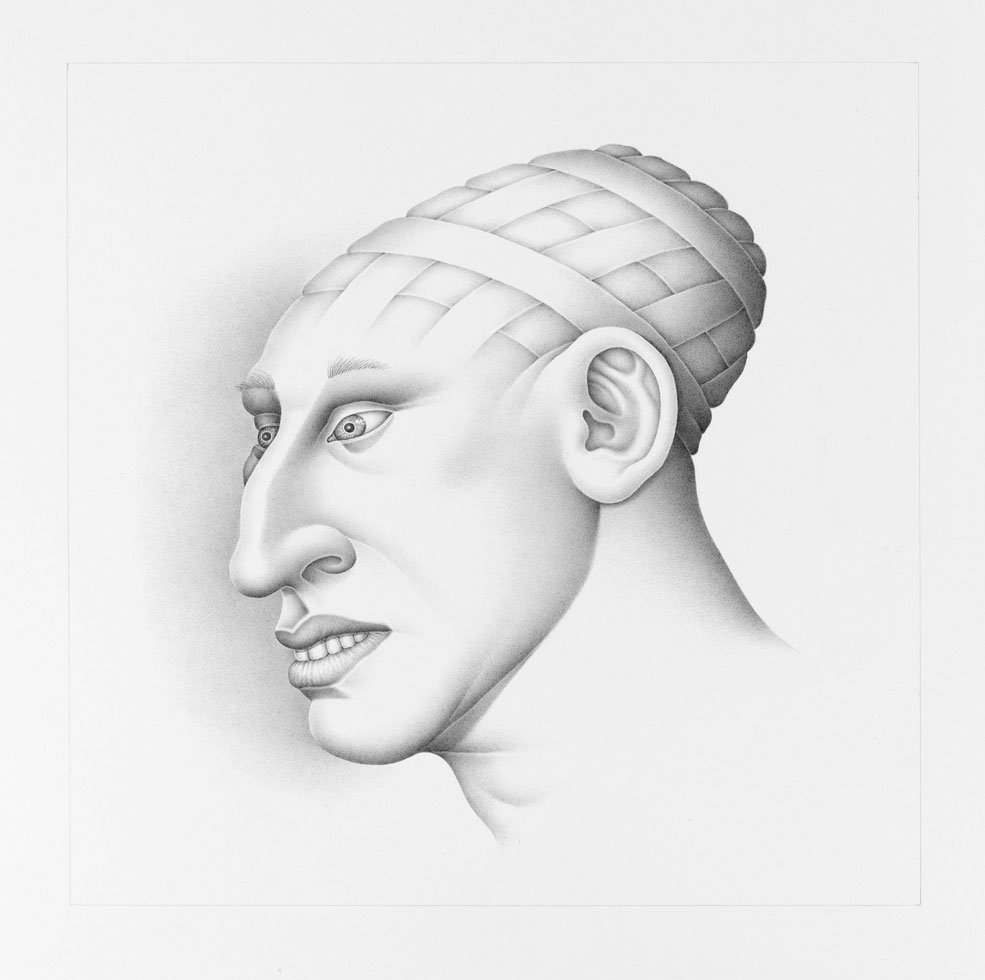 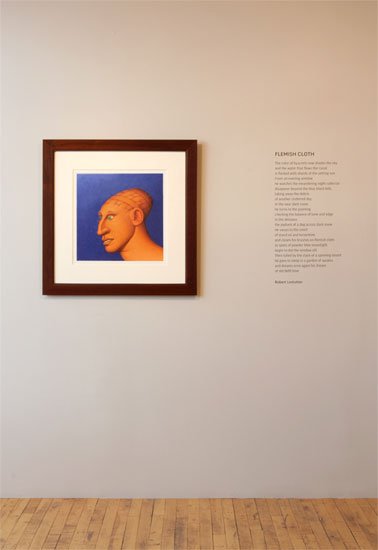 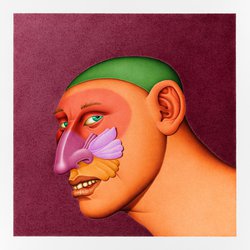 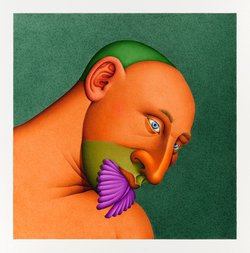 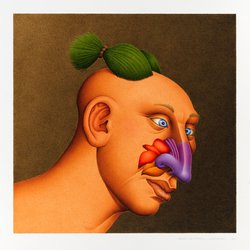 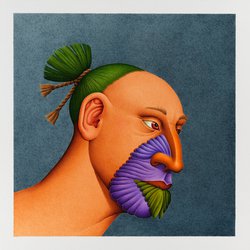 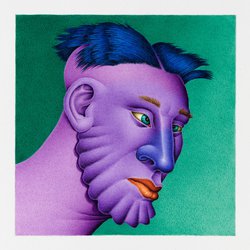 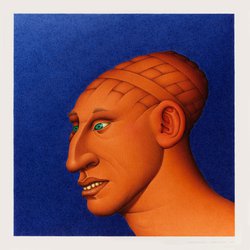 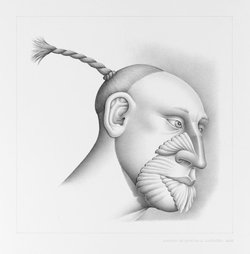 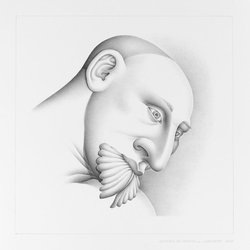 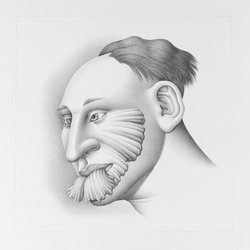 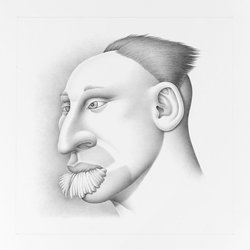 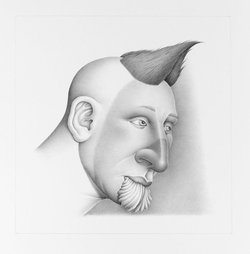 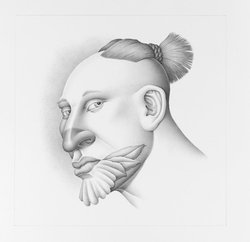 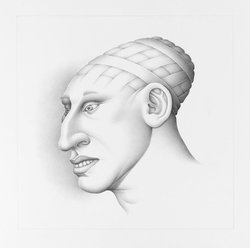 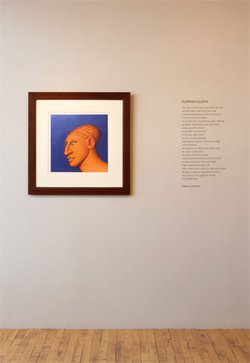 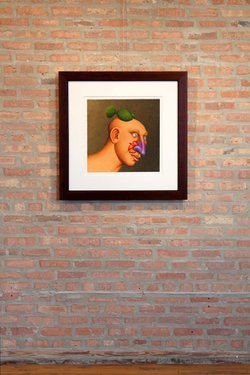 It is with great pleasure that Corbett vs. Dempsey presents Robert Lostutter, Garden of Opiates .

In his second exhibition at Corbett vs. Dempsey, Lostutter will unveil a suite of luscious new watercolors, as strange and particular as anything he’s accomplished to date. These bright, jewel-like works are all portraits of men, each one sporting some feature – a bald head woven in strips; a lower lip morphing into an orchid; face tinted blue; green hair tied up in a special braid – like an unknown, fantastic tribe of indigenous Central Americans. Some of them have slightly crossed eyes, recalling John Graham’s ladies, and these fellows are just as beguiling, a potent mix of psychedelia and Northern Renaissance. The watercolors are complemented by diabolically sensitive graphite drawings, featuring the same figures. Lostutter has been one of the most visible artists in Chicago since emerging on the scene the late 1960s.

The Madison Museum of Contemporary Art opens a major survey of his work, The Singing Bird Room of Robert Lostutter , on October 5th. A 36-page full-color catalog