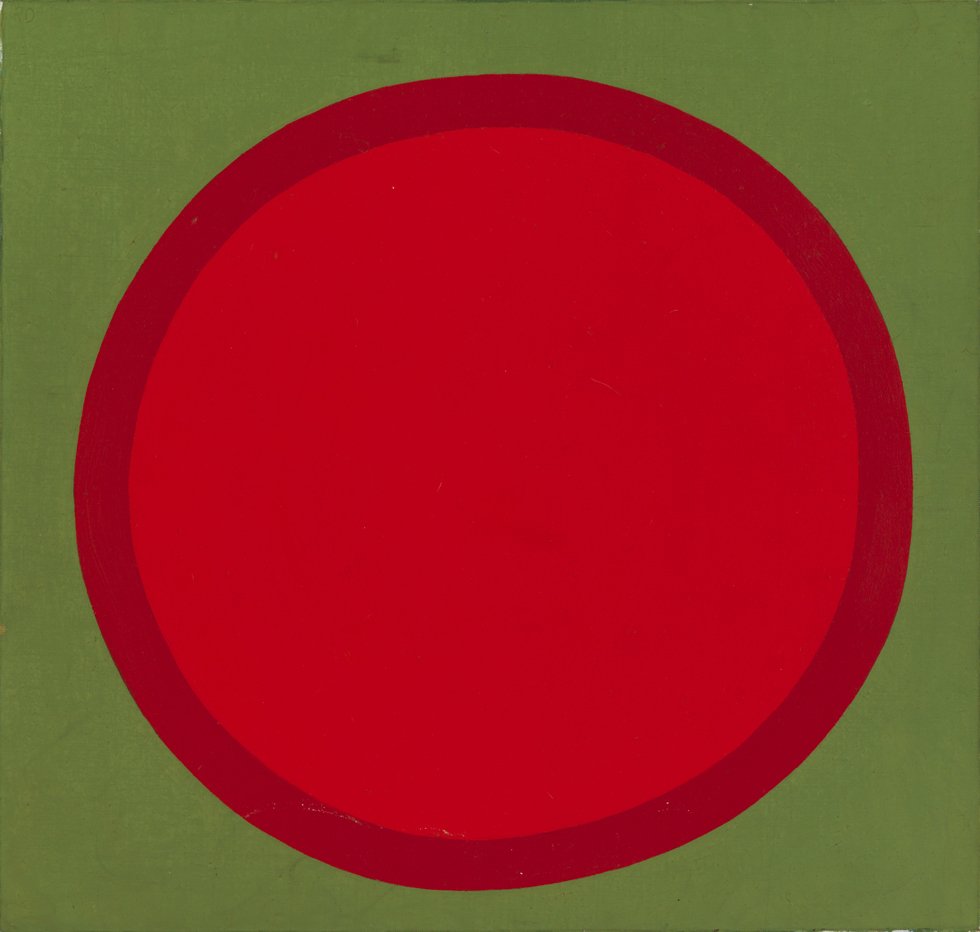 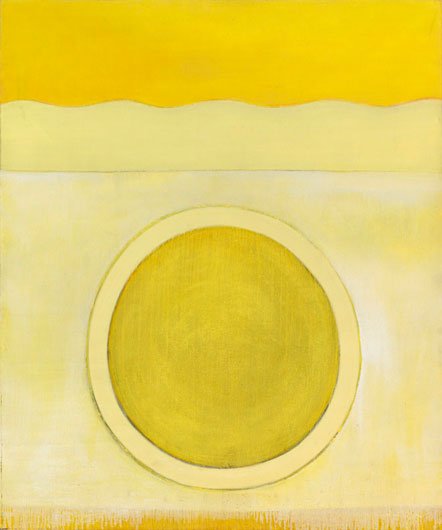 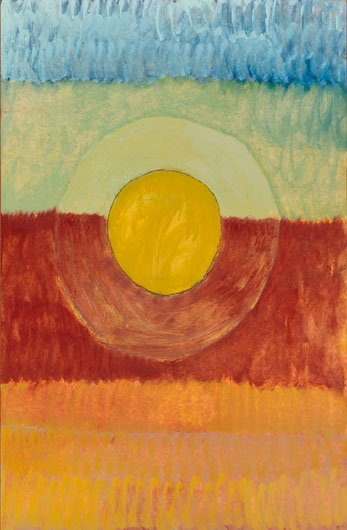 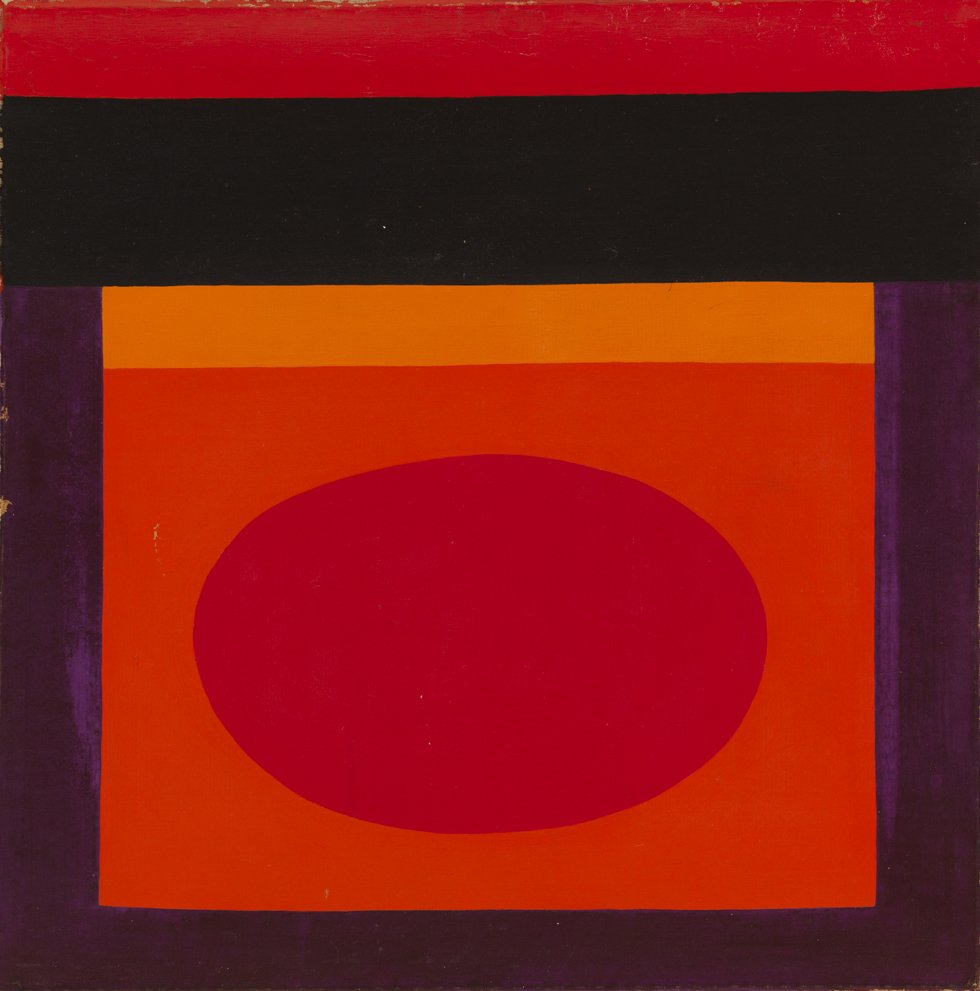 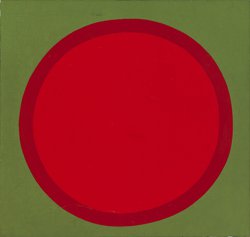 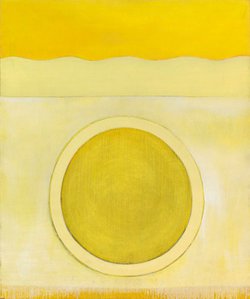 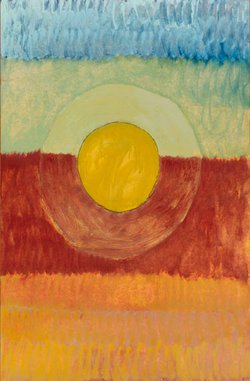 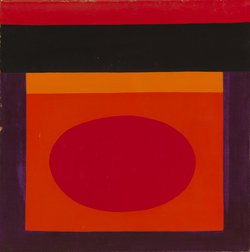 Known for his huge landscape paintings full of hundreds of tiny people, Robert Donley is one of Chicago’s great figurative expressionists, crafting a unique and wholly personal aesthetic since the middle 1960s. However, an entire arena of Donley’s work has never been seen in the Windy City: his color-field paintings. Donley left Chicago for half a decade starting in 1959, moving to Los Angeles, where his work shifted from the abstract expressionist orientation that had been cultivated at the Art Institute of Chicago. Working in the same milieu out of which California’s post-ab-ex community arose, including such figures as Robert Irwin, Ed Moses, and Billy Al Bengston, Donley exhibited his large-scale abstractions at Paul Plummer Gallery and in exhibitions at the L.A. County Museum. Elegant and often highly geometrical, they absorb influences from Josef Albers to John McLaughlin, tempering a hard-edged tendency with brilliant painterly touches, all quite thinly painted in vivid colors. A series of exuberant works on paper from his first year in L.A. show the influence of the California light on the Midwesterner – like the paintings Miyoko Ito executed on the West Coast, Donley’s palette shifted to a soft, saturated, more organic, deeply warm set of dominant colors.

These exciting paintings have not been exhibited in nearly 50 years, and then only in Los Angeles. They offer an exclusive insight into the hidden bridge between Chicago and L.A., two cities that have long played second fiddle to America’s art capital out east. When Donley was living and working in Hollywood, L.A. was still a distant outpost with a terribly provincial reputation. But the town fostered a group of intensely individual artists, with the nascent funk of San Francisco gestating just up the coast, and a small cadre of trailblazing curators taking the reins to be the first to mount major shows by Andy Warhol and Roy Lichtenstein. Donley returned to Chicago in 1964, destined to build on a very different set of images, but the work he made in L.A. remains a spectacular cul-de-sac in his fascinating career.

In the East Wing, three of Donley’s infinitesimally detailed new cityscape paintings will be on view.