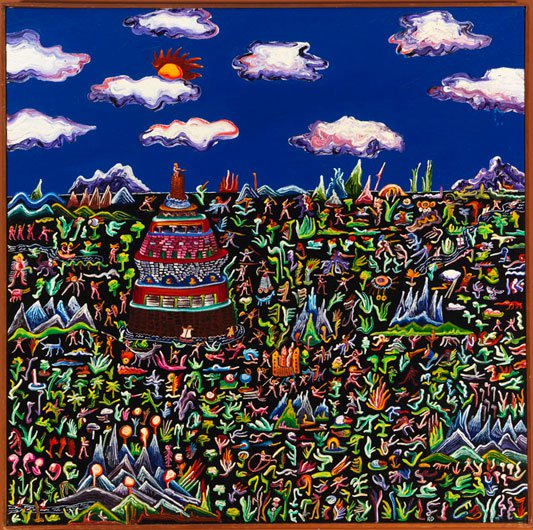 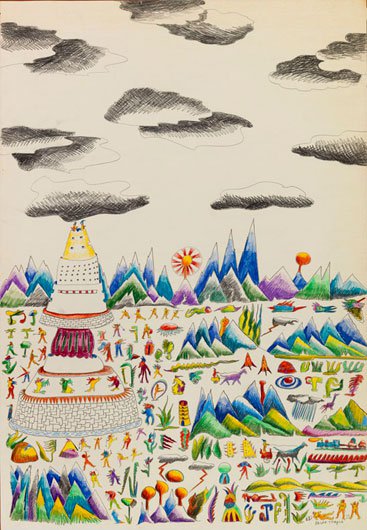 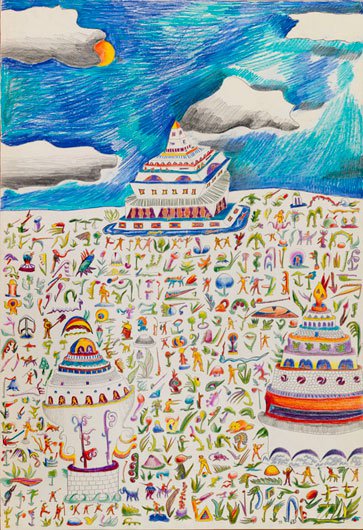 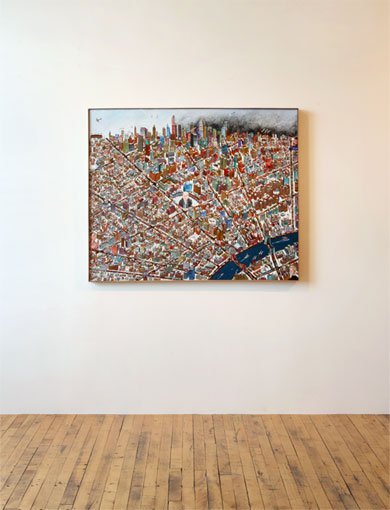 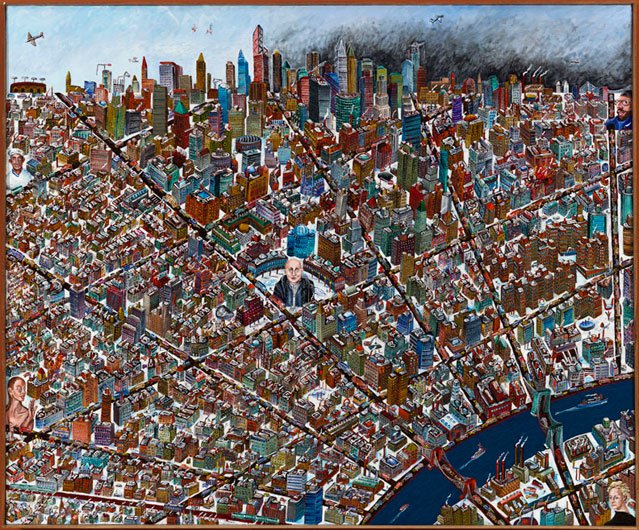 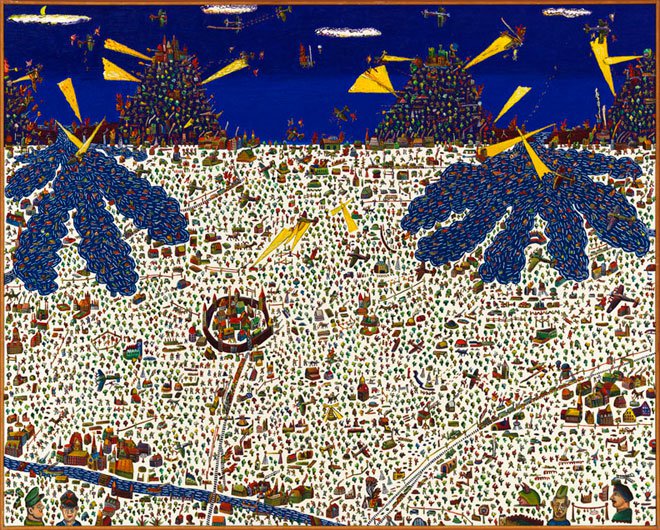 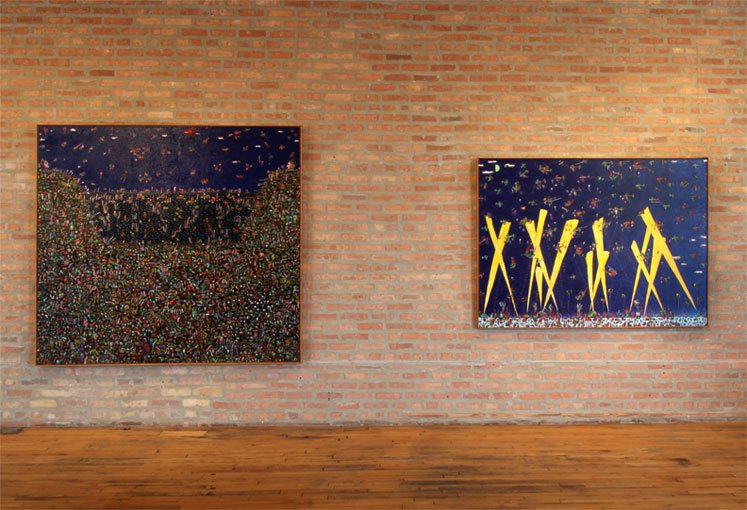 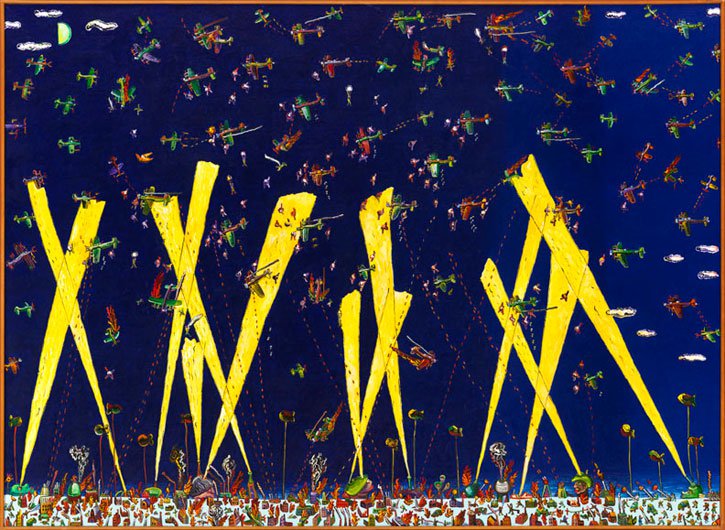 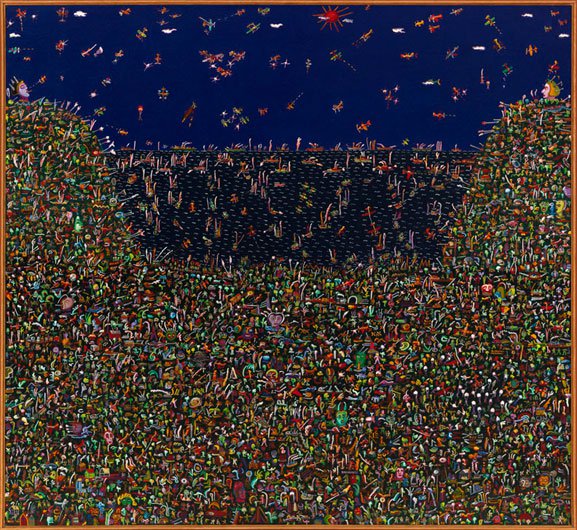 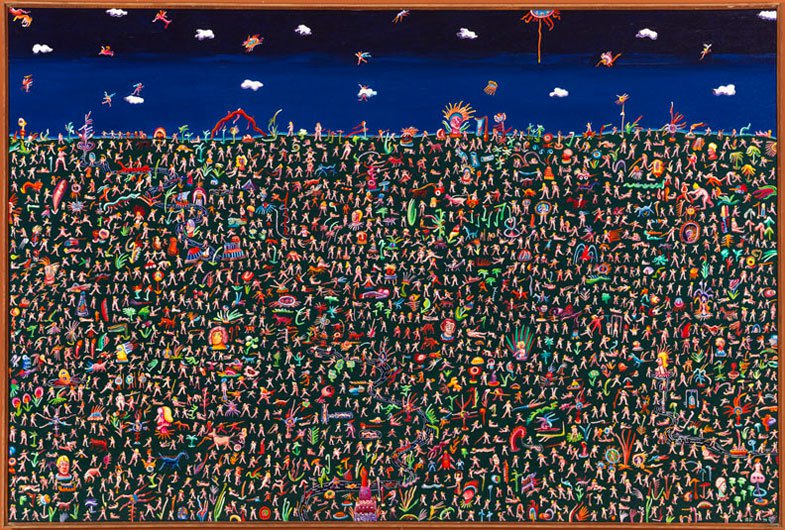 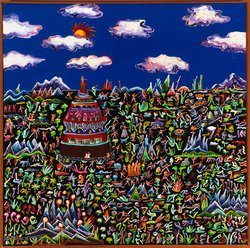 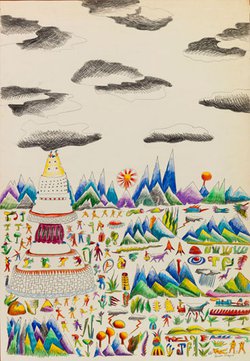 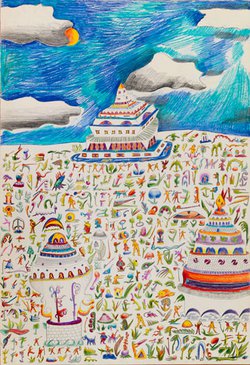 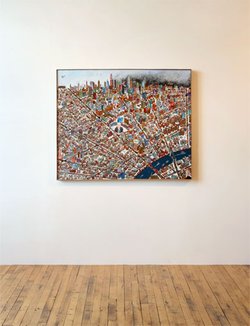 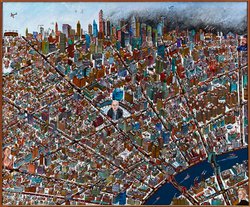 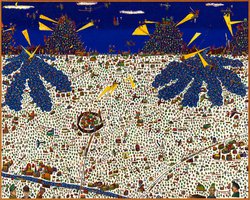 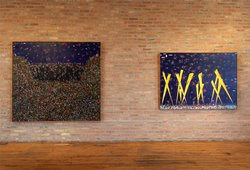 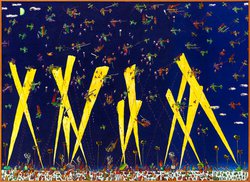 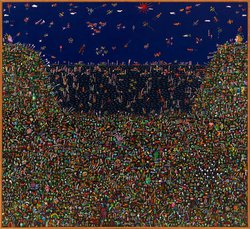 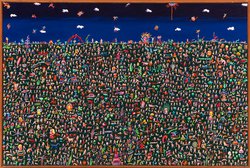 In the words of the Persuaders:  it’s a thin line between love and hate.  In Chicago in the early 1970s, Robert Donley created a group of drawings and paintings featuring orgiastic scenes.  Highly detailed and expressionistically painted, these Bosch-like landscapes describe specific situations— Sodom and Gomorrah , Babel , Mystic Marriage of St. Catherine —that are densely populated with cavorting naked figures.  Within a few years, these bacchanalian parties had morphed into equally detailed war scenes, often drawing on specific battles.  Large-scale paintings such as On Target and Twin Blasted Dams are dizzying representations of WWII conflicts, with hundreds of tiny figures engaged in ground maneuvers and skies filled with fighter aircrafts and bombers.

Donley’s works have a childlike aspect, the toy soldier quality and references to self-taught art perhaps linking them to broader trends in Chicago art of the period, but his concern with the idiocy of armed conflict also harkens back to his anti-war activism in the 1960s.  In this, his second solo exhibition at Corbett vs. Dempsey, Donley will present a survey of drawings and paintings from the 1970s and early 1980s, as well as an example of his recent cityscape works, which exchange the multiplicities of sex and war for the complexity of mapped urbanity.