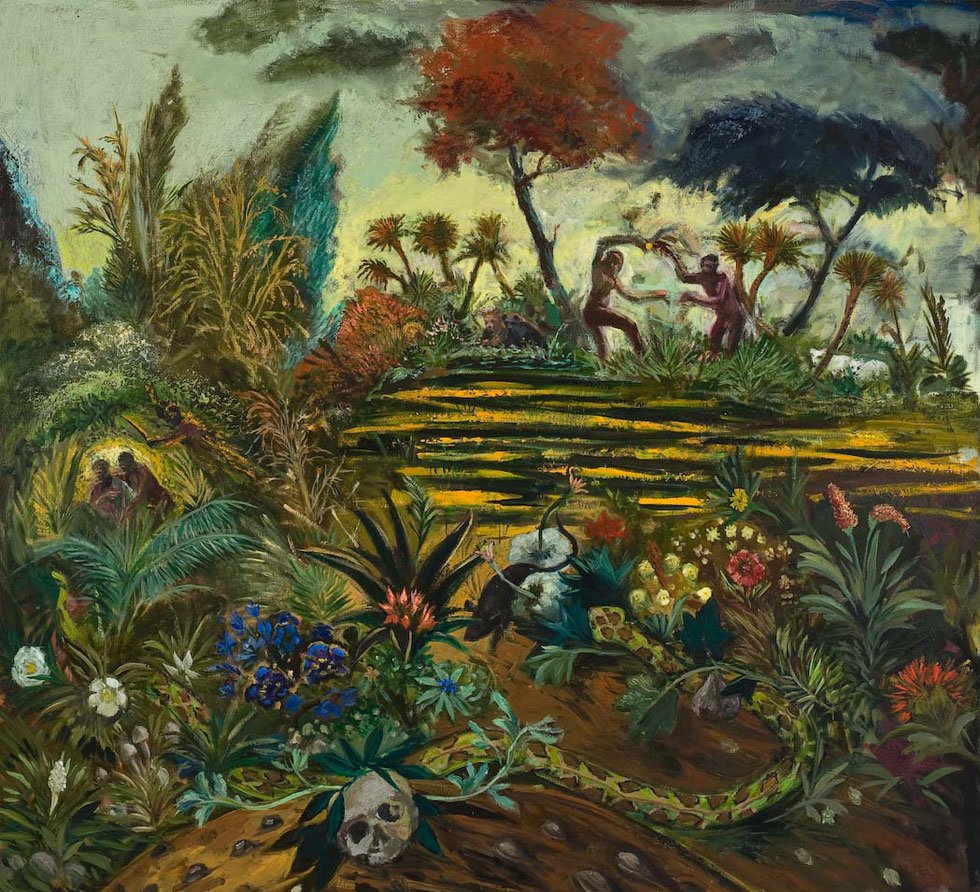 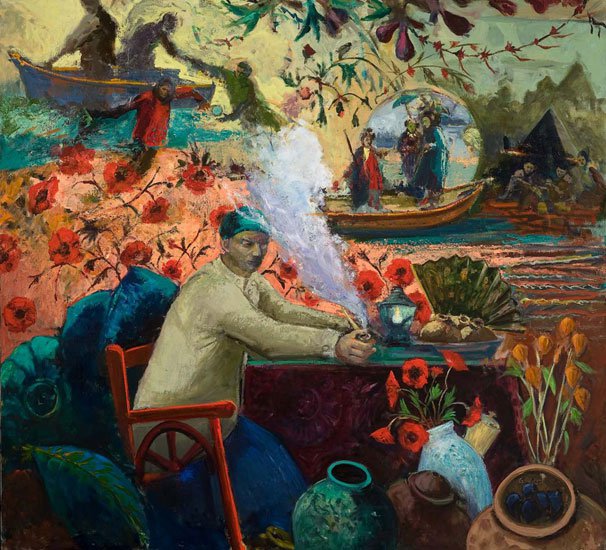 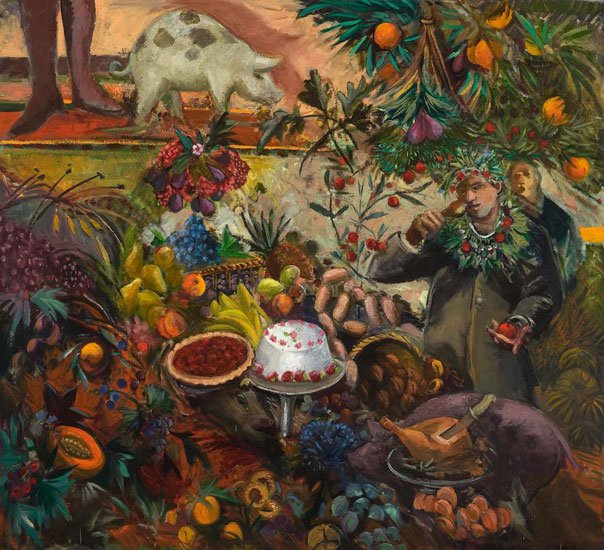 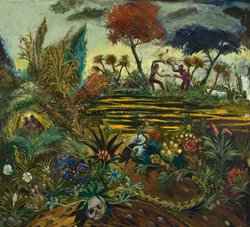 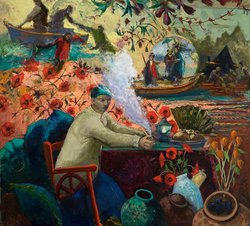 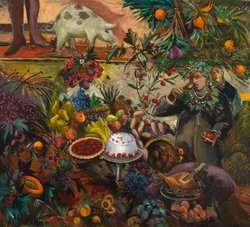 Robert Barnes has been a towering figure in Chicago art since he lived, boxed, and painted here a half century ago. Barnes is one of the great iconoclastic individualist painters. A dedicated figurative artist, he starts each work as an abstraction, drawing the scene forward, introducing characters, setting, objects, action. His lifelong involvement in literature, particularly the work of James Joyce, whose stream of consciousness writing is echoed in the painter’s process, is everywhere evident in his allusive, often narrative inventions, and his paintings, even when at their most mysterious and opaque, are distinctly theatrical. They mediate between a pugnacious, sometimes explosive component, perhaps congruent with Barnes’ early experience as winner of the Golden Gloves in the heavy weight division on the south side of Chicago and a delicate, subtle, intellectually acute and highly poetic sensibility. Rich, layered, complex, sometimes dense with motion, each painting is a virtuoso event, a landmark, go-for-broke performance. In Paradise, Barnes sets his sights on utopian