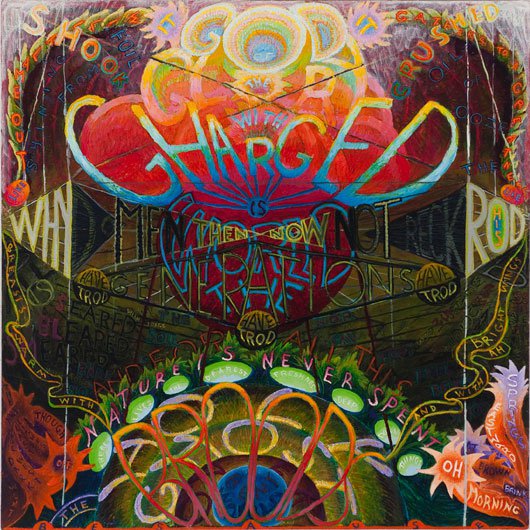 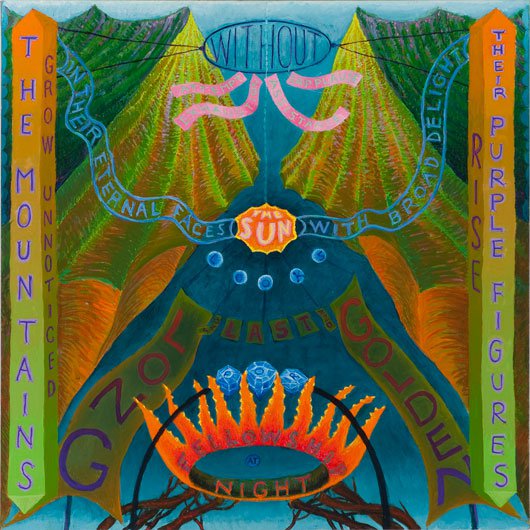 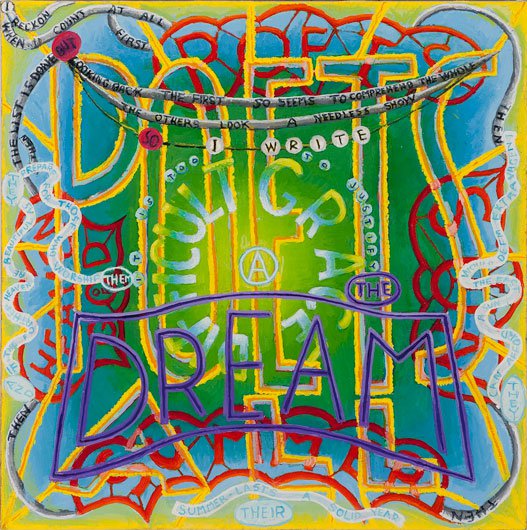 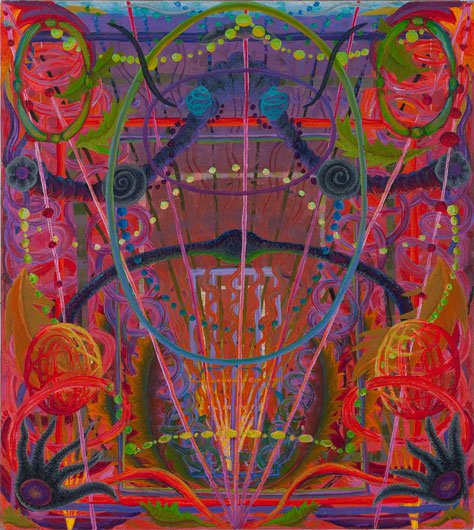 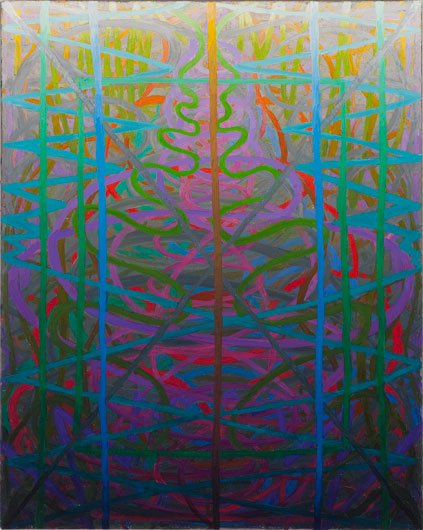 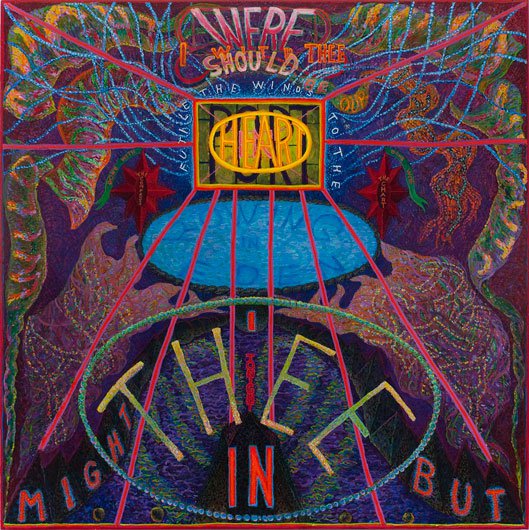 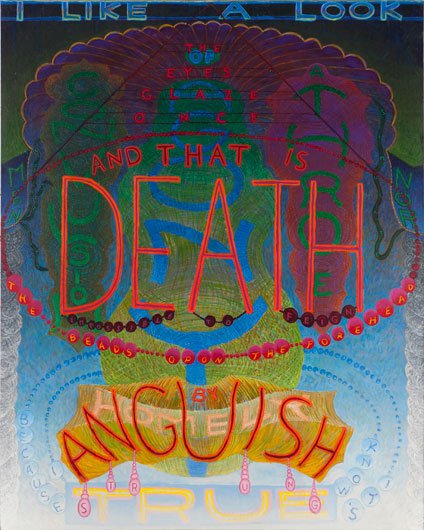 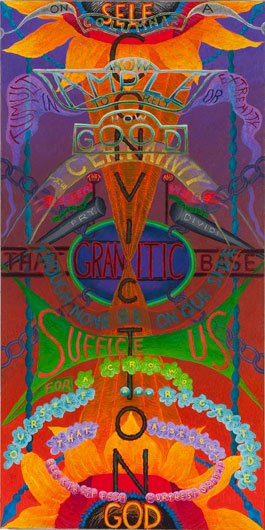 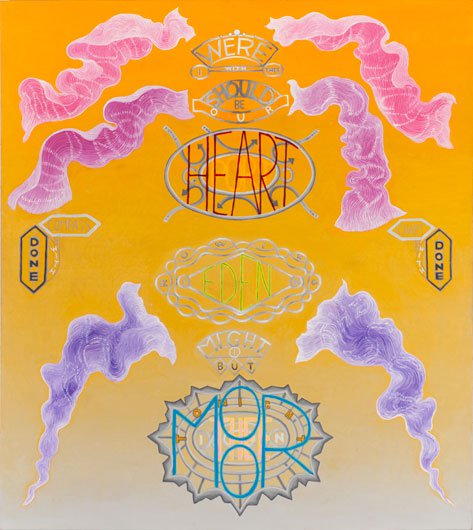 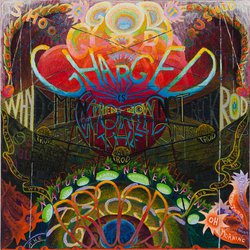 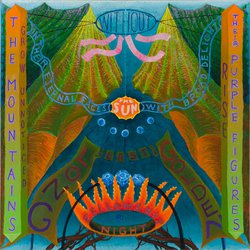 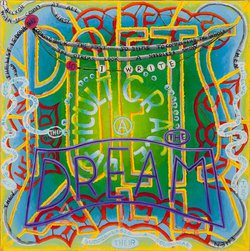 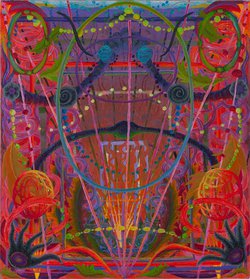 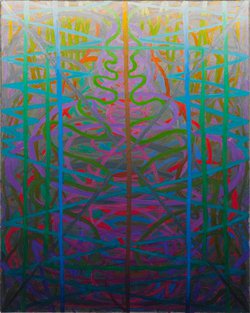 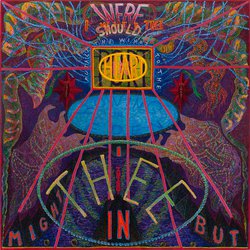 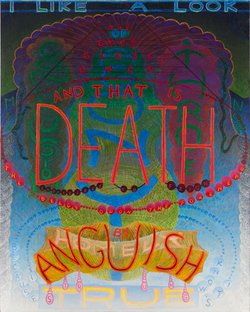 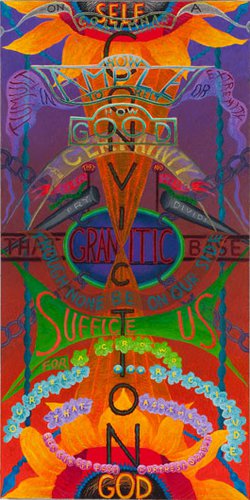 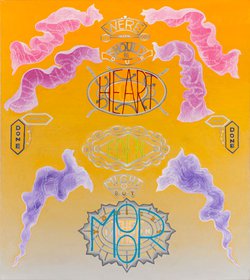 For the last fifteen years, Hanson has explored the intersection of painting and text. Where many artists have approached this nexus in a reductive way – think of Ed Ruscha or Christopher Wool – Hanson has thrown himself headlong into a veldt of words, color and form, opting for vibrancy and a daunting visual complexity. This is an important new body of work by one of the most highly personal Chicago artists to emerge as part of the Imagist movement in the 1960s; Hanson continues to push his ideas in their investigation of color vibration, allusive connotation, and compositional density. Four of these works mark a return to large format painting – arguably Hanson’s most daring and accomplished works to date – while each of the smaller oils packs the wallop of a big canvas. Streaming banners, seashell forms, floral and crystalline shapes, and impossible color gradations are all part of the program, as well as the visual diagramming of language that gives the show its title. The intricacy of Hanson’s compositions is particularly evident in his recent drawings, which utilize graphite and acrylic gouache and which maintain a more reduced, sometimes monochromatic color palette.