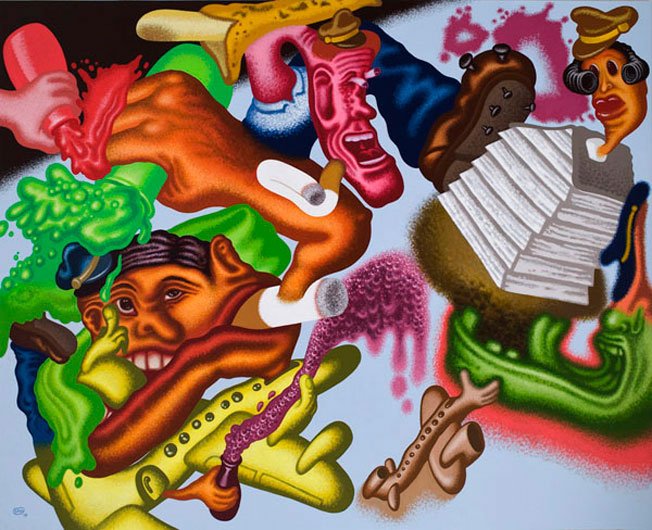 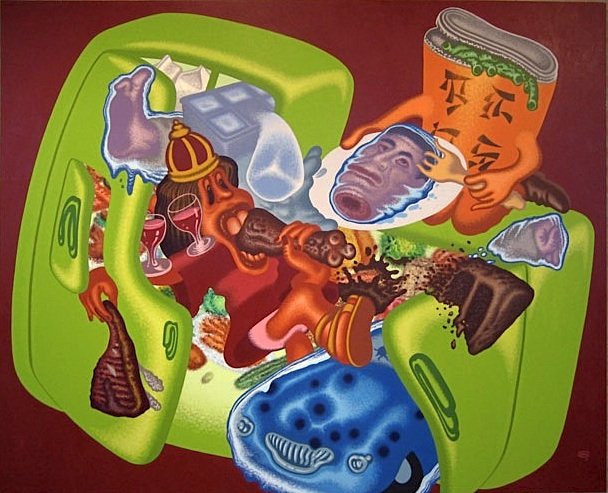 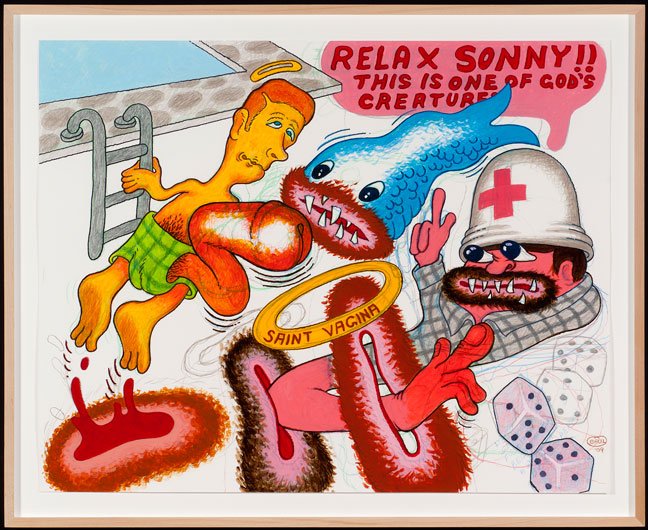 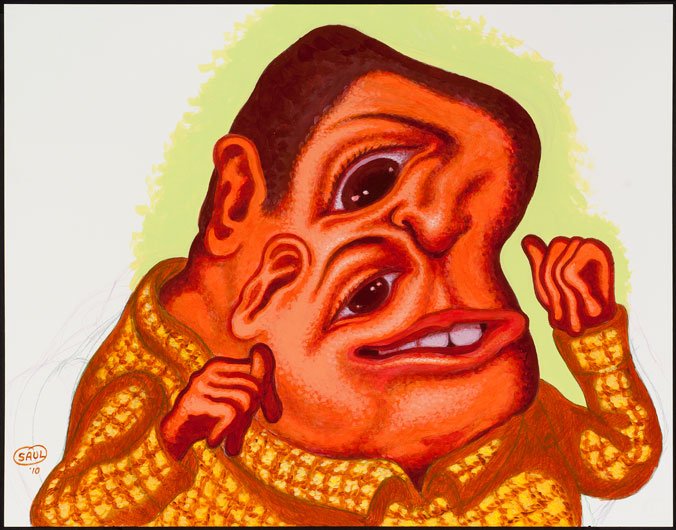 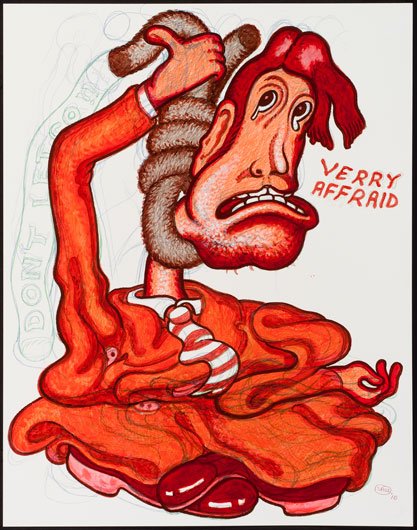 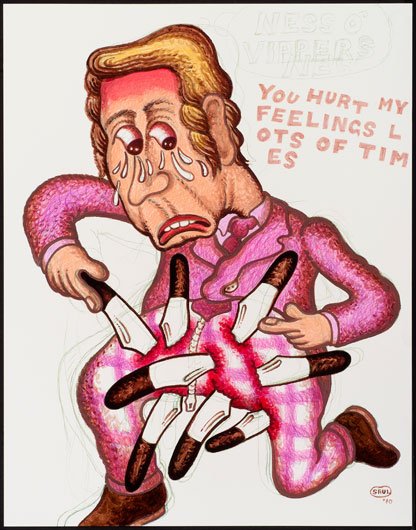 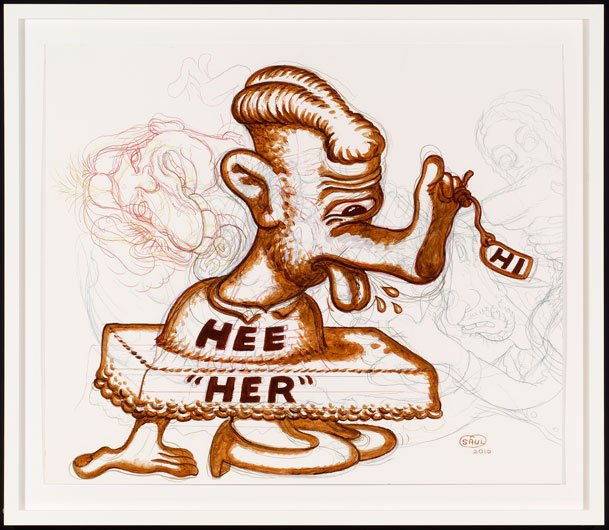 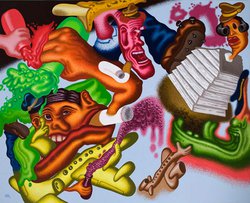 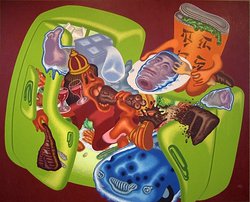 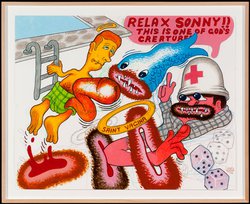 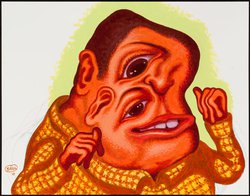 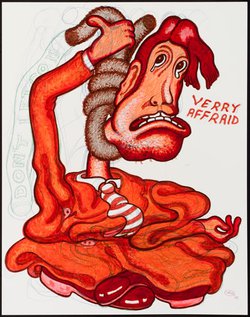 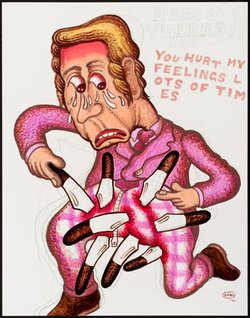 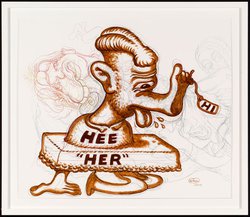 It is with great pleasure that Corbett vs. Dempsey presents Stupid Arguments , the first gallery exhibition of work by Peter Saul in Chicago in 25 years.

Since he emerged in the early 1960s, Saul has been one of the most singular and important painters in America. His first solo show was, in fact, in Chicago, at Allan Frumkin Gallery in 1961. Saul’s association with Frumkin, along with his dedication to figurative painting and his aggressive, uncompromising sensibility, have made him a particularly significant figure in this city; even though he’s never lived here, he’s often spoken of as if he was a Chicago painter. (An early work of Saul’s is included in the companion show to the upcoming Jim Nutt exhibition at the Museum of Contemporary Art in Chicago.) Saul’s work is never easy. He deals with resolutely un-P.C. images, his figures often contorted into impossible shapes like salt-water taffy, his themes delving into the deepest recesses of psycho-sexual and political life. Over the last decade, Saul’s profile has risen sharply; he’s been the subject of sweeping museum retrospectives, as well as a recent gallery survey, “50 Years of Painting,” at Haunch of Venison in New York. Reviewing that show in the New York Times , Roberta Smith wrote: “Saul is a closet formalist…It is a feral version of Abstract Expressionist all-overness that gradually starts making excruciating narrative sense.” At CvsD, Saul will debut two major new paintings, as well as a selection of new drawings, which are achievements in their own somewhat different, but equally edgy, manner.