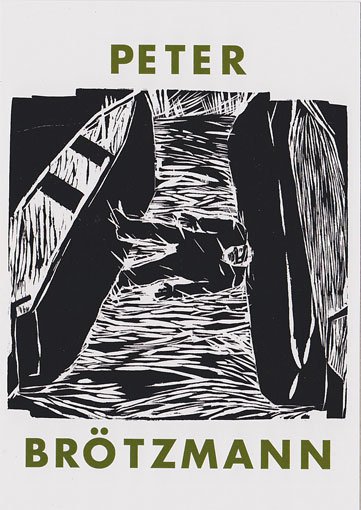 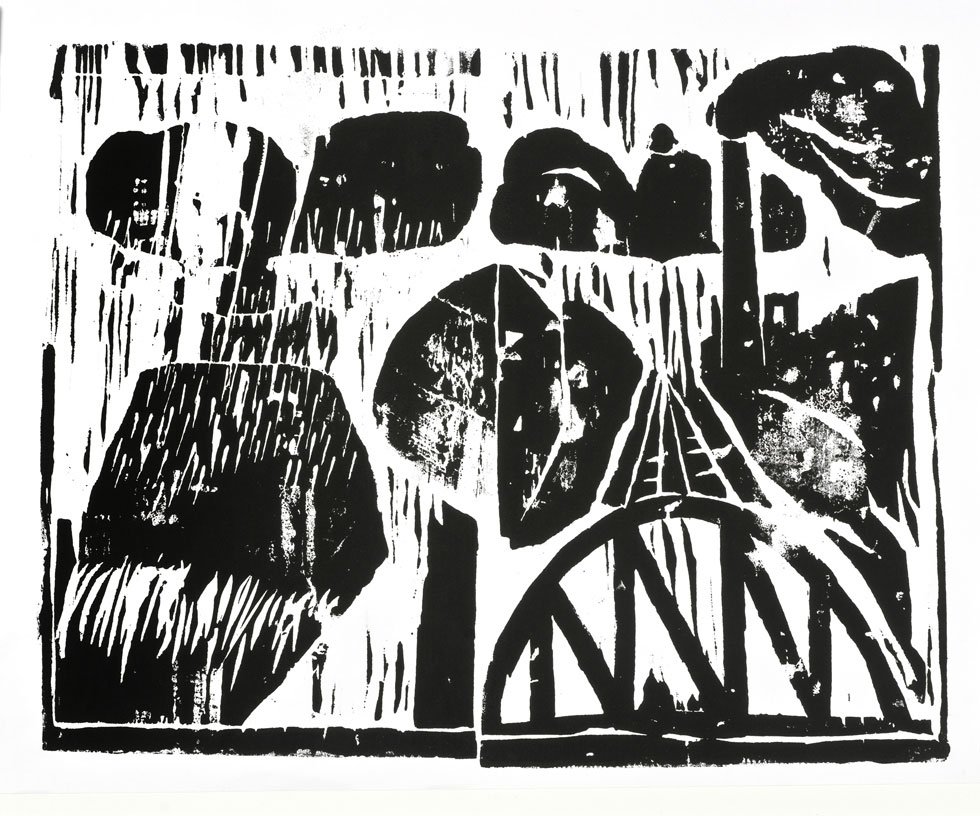 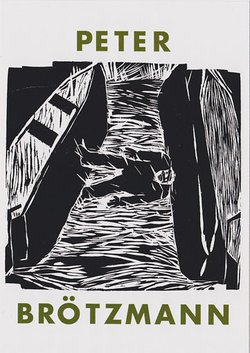 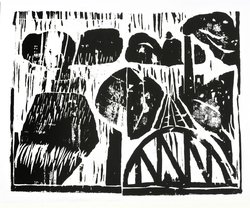 Corbett vs. Dempsey is pleased to present its second solo exhibition of artwork by Peter Brötzmann. Brötzmann is perhaps best known as a musician, but has been consistently making and occasionally exhibiting visual art in Europe and America since 1959. In 2007, CvsD mounted the first major survey of Brötzmann’s artwork in the United States, a show that focused heavily on his large paintings and constructions. Now, two years later, Wood & Water features his recent small-scale work on paper, including woodcut prints and watercolors.

Despite their difference in scale and media, these works maintain the elegant roughness that characterizes both Brötzmann’s music and his larger artwork. Some of the subject matter is the same. For example, his interest in industrial and natural landscapes remains; the belching smokestacks and hump-backed steel bridges that surround Brötzmann’s hometown of Wuppertal, Germany, are gouged out in one of his stark black and white woodcuts. Meanwhile, in his watercolors, Mother Nature’s lumpy hills, heavy clouds, and skeletal trees are painted in gorgeous washes of black, purple, and gray. Brötzmann’s material inventiveness is also on display here. Some of the pieces in the show make use of the textural and chromatic qualities of wrinkled foil wrappers, round paper pie plates, and instant coffee. These prints and paintings require only the simplest ingredients (wood, water, pigment, paper), but Brötzmann’s skill lies in using them to create extraordinary formal complexity and raw emotional power.

Brötzmann’s artwork has been shown sporadically around the world for decades, including a retrospective in Remscheid, Germany in 2005 and an exhibition of early work in Chicago in 2003. Brötzmann came of age in the 1960s at the same time as many of Germany’s most famous artists, including Joseph Beuys and Georg Baselitz. Early on, he worked extensively with Nam Jun Paik and the Fluxus group, and since then he has performed musically all over the world. Until recently, he had maintained his art-making as a relatively private and personal occupation. The intimate artworks in this show are a window into Brötzmann’s sustained accomplishment as a visual artist.