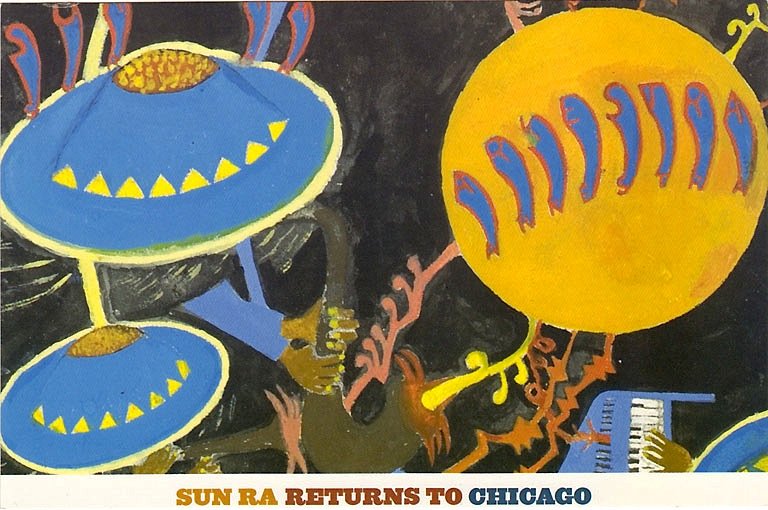 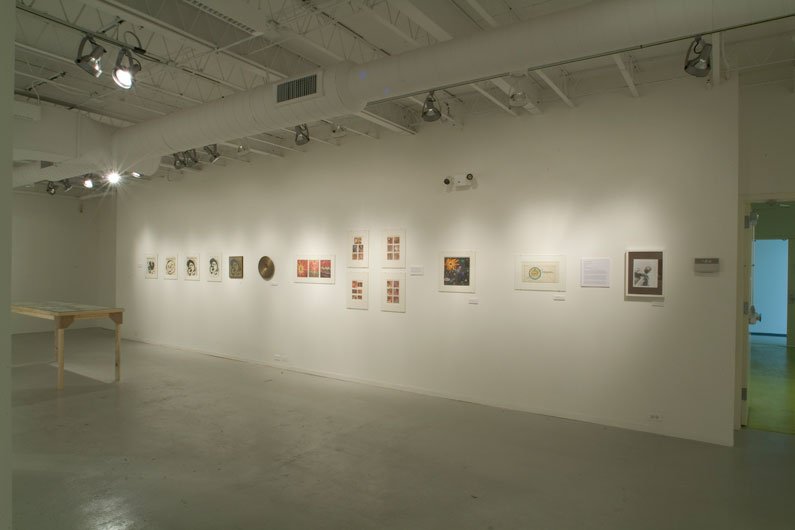 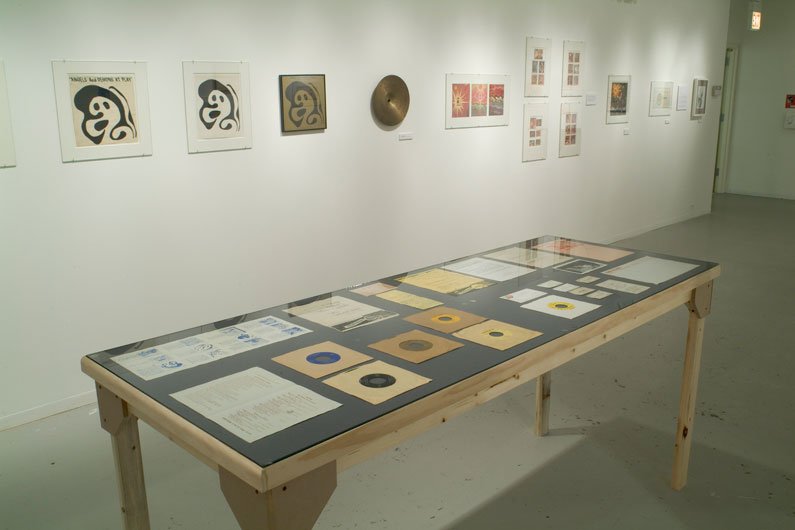 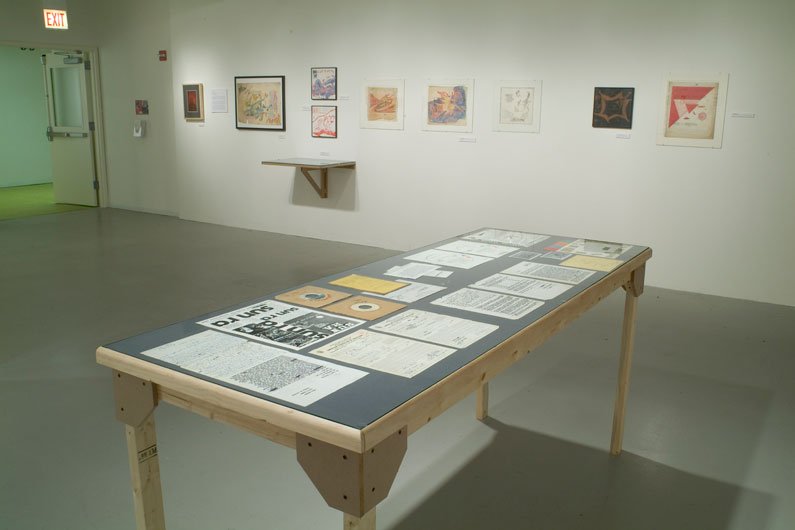 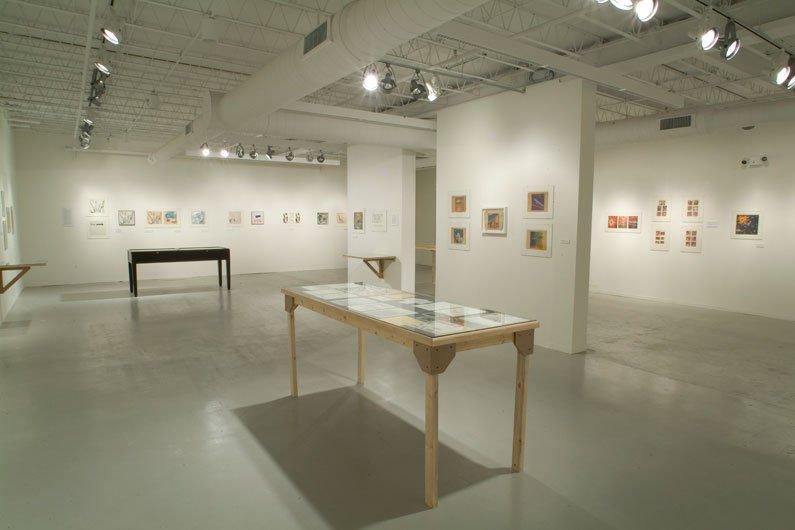 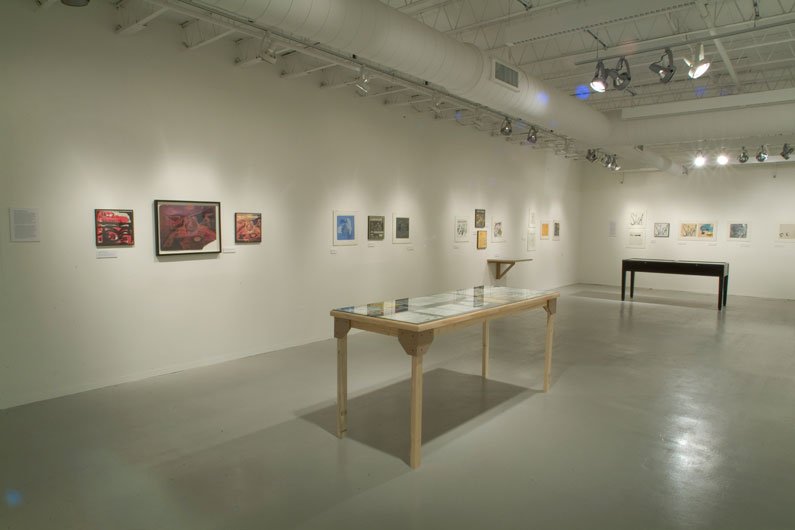 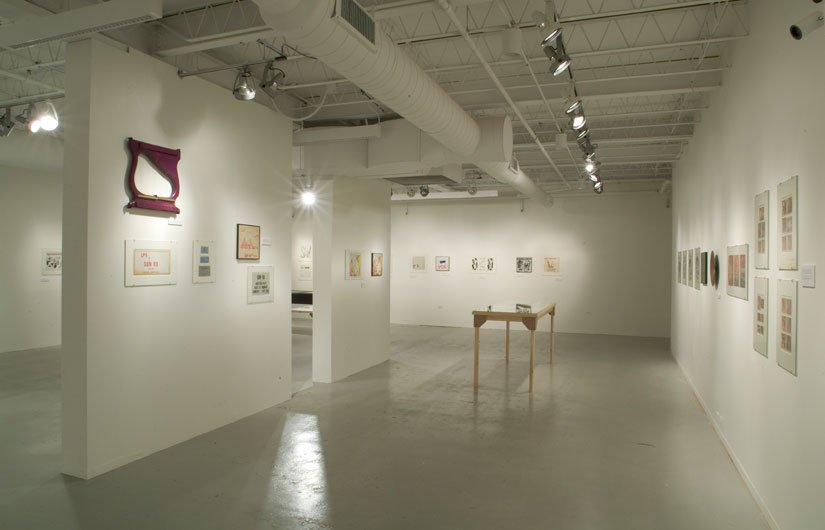 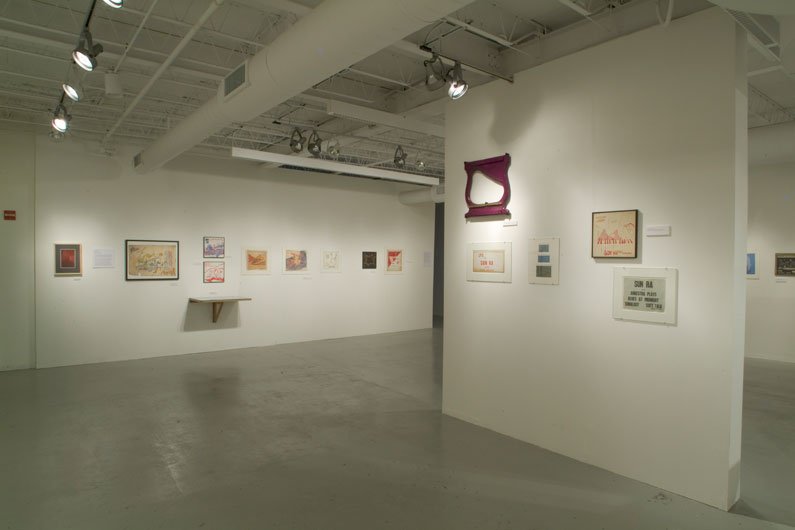 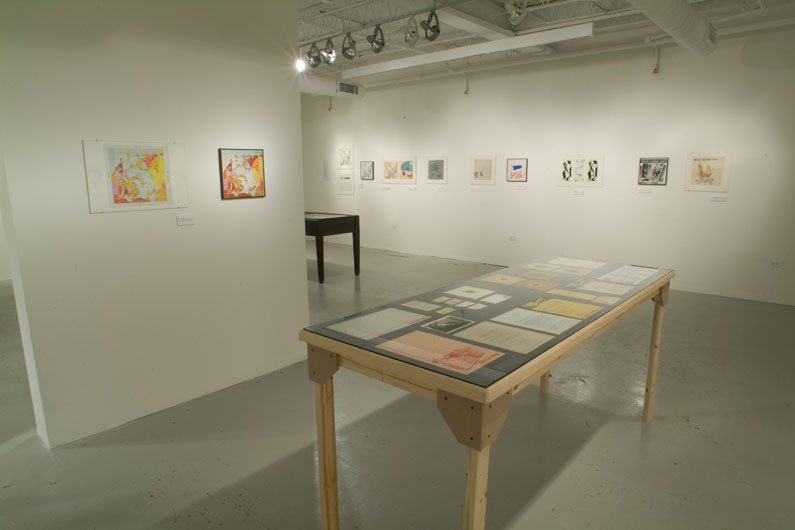 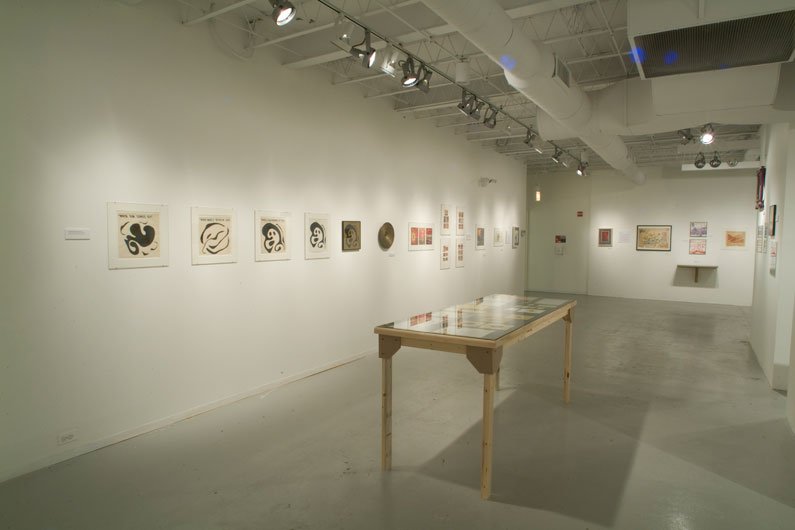 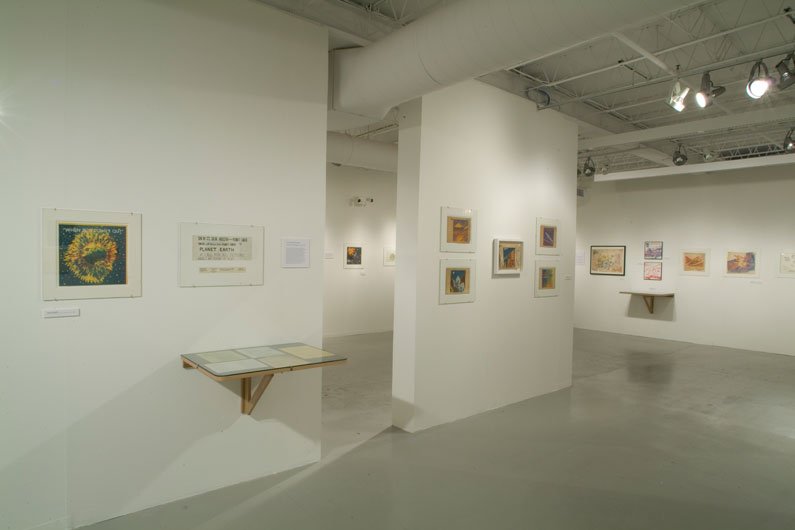 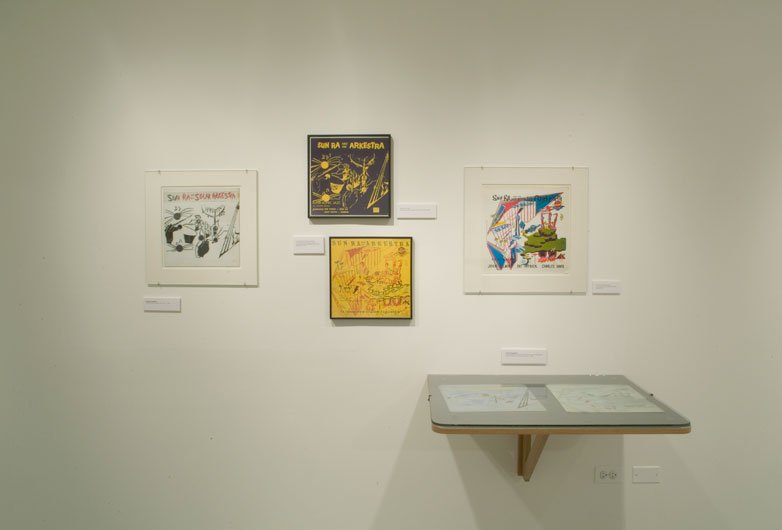 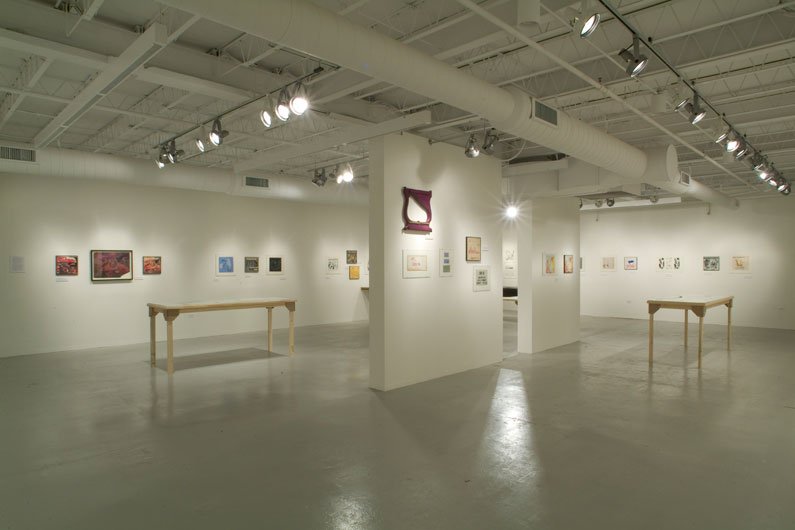 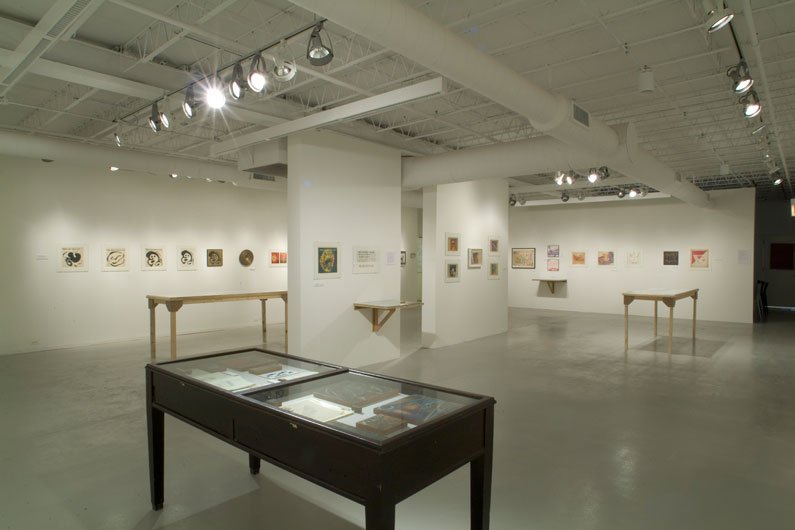 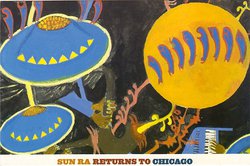 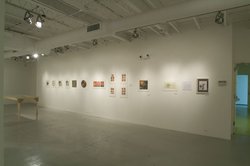 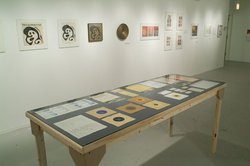 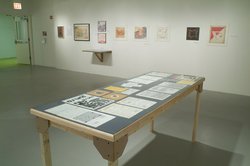 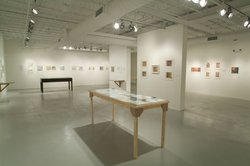 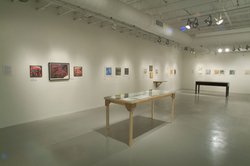 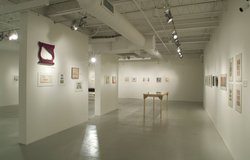 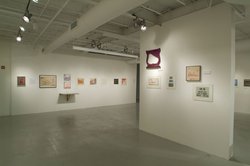 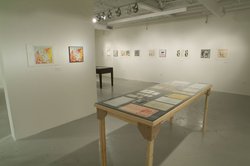 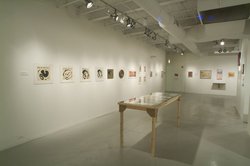 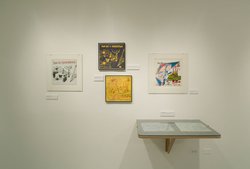 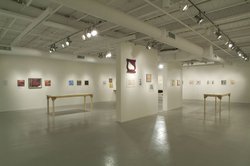 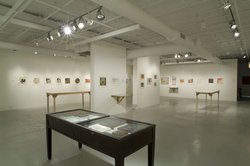 Most of these materials come from Ra’s tenure in Chicago (and the period directly thereafter, where from New York he maintained close contact with his Chicago colleagues), especially during mid-50s when he and his business partner and fellow mystic Alton Abraham – together with a small secret fraternal organization that has remained heretofore but a shadowy part of Ra’s early years – built a network of cryptic associations, amassed a huge library of books on the occult, magic, Egyptology, race studies, Theosophy, philosophy and religion, and began constructing the mythology and public persona that was presented to a crossover audience later in the ’60s in the form of Sun Ra’s Myth-Science Arkestra.

In the same period, Ra and Abraham began assembling an increasingly large jazz ensemble (first called 8 Rays of Jazz, later known as the Arkestra), and in 1957 they began releasing LPs and singles on their own label, Saturn Records, which was, along with Charles Mingus and Max Roach’s Debut label and Harry Partch’s Gate 5 label, one of the very first and most active artist-owned record labels. Pathways to Unknown Worlds will include a great number of previously unknown ephemeral items, including a dictionary of terms that the secret society had created, which has on its back page the names of the members of the secret society (led, at the top, by Herman Poole Blount, later known as Le Sony’ra, Sun Ra, or Sunny to his friends).

A huge array of artifacts from the earliest days of Ra’s record production is a highlight of the exhibition, including his original drawings for the mid-60s albums Art Forms of Dimensions Tomorrow and Other Planes of There and the original artwork for numerous other LPs. These consist not only of the sketches and final versions of the art (including the painting from the Saturn debut, Jazz in Silhouette , and four Hans Arp-like amoeboid cut-out images for covers, including Angels and Demons at Play ), but also all steps along the way to printing the covers. Among the most beautiful industrial objects in the exhibition are linoleum block plates (and a few rubber stamps) used for this purpose, as well as hand-painted color separations for silkscreen images; the exhibition will include several complete sets of transparencies designed for album covers. Along with these materials are a stunning collection of cover designs that were never used, including a number of colored charcoal drawings by an artist named Claude Dangerfield. Dangerfield was a classmate of many of the musicians in the Arkestra at Du Sable High School, and he conducted early experiments with glow-in-the-dark paints, reputedly painting luminous designs on the walls of saxophonist John Gilmore’s apartment.

As well as this large group of original artworks, the exhibition will include a range of different related ephemera, most of it never seen by anyone but a few business associates in the ’50s. Graphically brilliant, with a charming array of space and futuristic themes, these include: stationery, business cards, press kits, and other PR material. An assortment of previously unseen photographs of Ra will also be part of the exhibition, including an astonishing portrait from the late ’40s (autographed “H. Sonne Blount”), some of the only known color photos of him from the ’50s, and a selection of dazzling live performance shots from the south side club the Wonder Inn, where Ra had a long engagement in ’59. One-of-a-kind posters, programs, ticket stubs, and other paper ephemera will augment this incredible, previously entombed representation of Sun Ra’s Chicago period.

In two annexed rooms, the exhibition presents multi-media montages consisting of films, slide shows, clips of some of Ra’s influences (Flash Gordon, Buck Rogers), music, and spoken word, much of it previously unknown. In the period before Ra launched his extraterrestrial jazz into the broader public imagination, he spent virtually all of his time and energy on Chicago’s south side, performing regularly in black-owned and black-frequented clubs, selling his records to small black-owned record stores, teaching youngsters from his neighborhood the basics of a capella singing, and spreading his singular philosophical message via streetcorner lectures modelled on Christian and Nation of Islam preaching. To facilitate the latter, Ra sometimes composed scripts or even roadside/broadsheet hand-outs. Until recently, only one such mimeographed sheet was known to exist – the one that Ra gave saxophonist John Coltrane in 1956. Coltrane was so enthralled by the page’s numerological and philosphical insights that he xeroxed it and gave it to friends and associates.

Also unveiled are a group of newly discovered broadsheets from the mid-50s, typewritten and many of them hand annotated by Sun Ra. Along with this, a manuscript of a planned, but never published, collection of Ra’s poetry titled The Magic Lie will be exhibited. This set of writings – the startling, often harrowingly provocative content of which, by many accounts, was extremely influential on the nascent Black Islamic movement – will represent a gigantic addition to the scholarly and popular understanding of Ra’s achievement. Along with enriching our understanding of Sun Ra, his work and vision, this exhibition will demonstrate a number of more fundamental things about Sun Ra and the incipient grass-roots Afro-Futurist movement in Chicago. These ideas will be of immediate interest and quite accessible to the Ra scholar and the layperson alike. The materials are playful and vibrant, with themes that include flying saucers, pyramids, time-travel and Chicago’s elevated trains. But the fun aspect of the images and sounds belies something profound.

The exhibition reframes the development of Sun Ra as a much more substantive proposition than the mere creation of a colorful eccentric cult celebrity and his costumed band. Instead, it puts the development of the Ra persona and the Arkestra back into its originary context of black independent business, and there it configures Ra’s activities as being part of a broad scheme for disseminating his radical ideas about race, culture, ethics, futurity, alterity, humanity and beauty. It’s essential that this be understood in a black context, on the south-side, aimed at a black audience, drawing on a semi-professional design community working in a way that might be described as “outsider design.” There was an air of unrelenting independence about what Ra did with Saturn Records in the late ’50s, a sense of defiance, a quality of stark separatism and harrowingly singular vision. Indeed, as the exhibition will demonstrate, Ra and Abraham were actively looking for expanses of land to annex via federal programs, and a lovely little collage titled El Saturn Treasure Map shows the manner in they sought to spread their philosophy – pencilled musical notes emanate from radio stations, sweeping Africa, India, and a no-man’s region of 10,000 acres of unclaimed land – but also how immersed they were, at least initially, in a separatist ideology, how drawn they were to the notion of establishing a new space for black people to live, work and create. Thus, the do-it-yourself aspect of south-side creative life is brought vividly to light in the form of a matrix of artists, musicians, business people, writers and thinkers – a genuine organic intellectual community in the heart of black postwar Chicago.