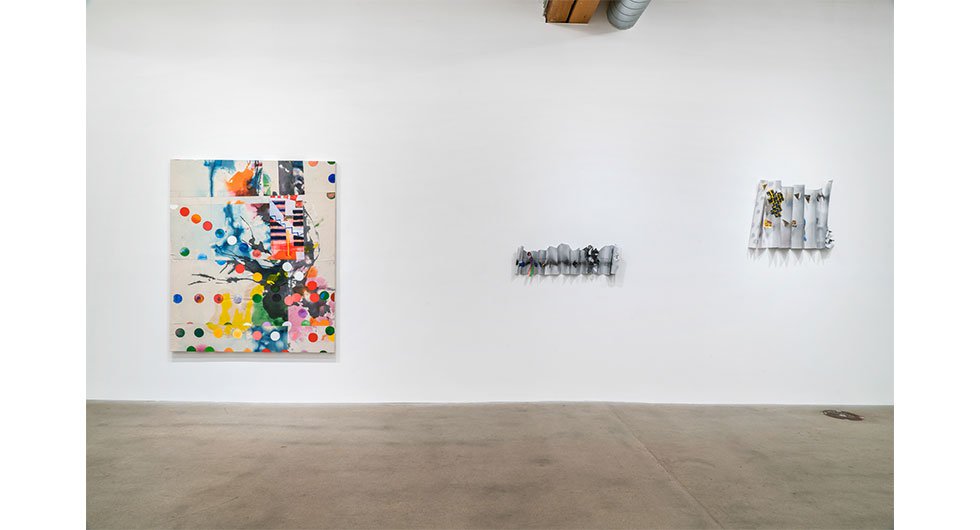 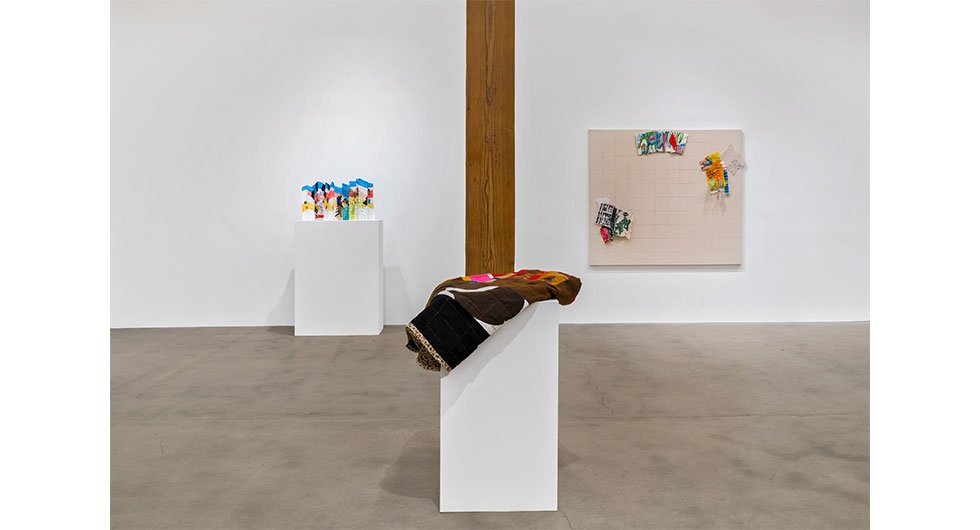 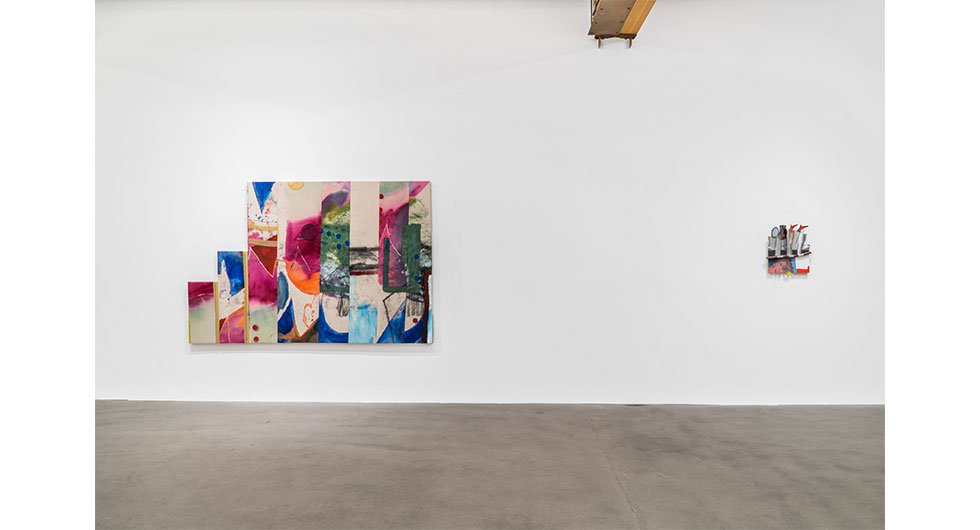 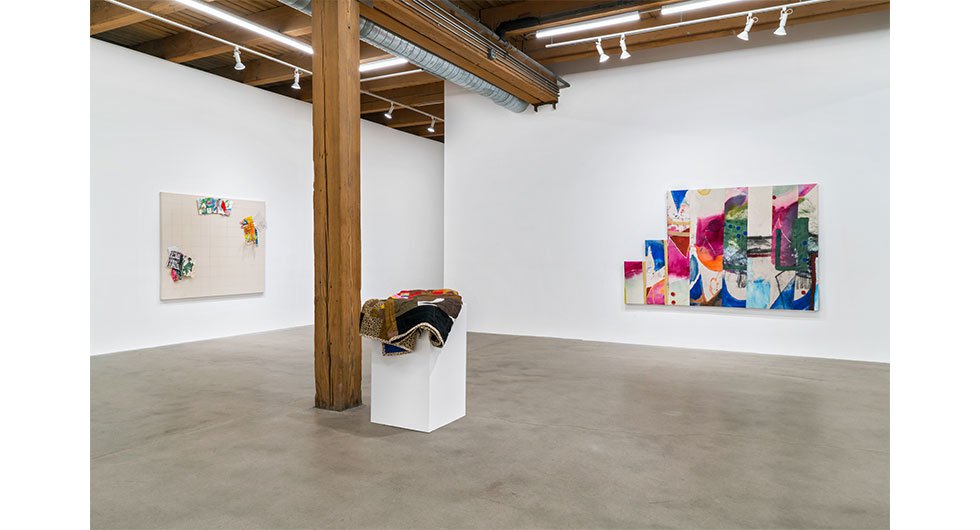 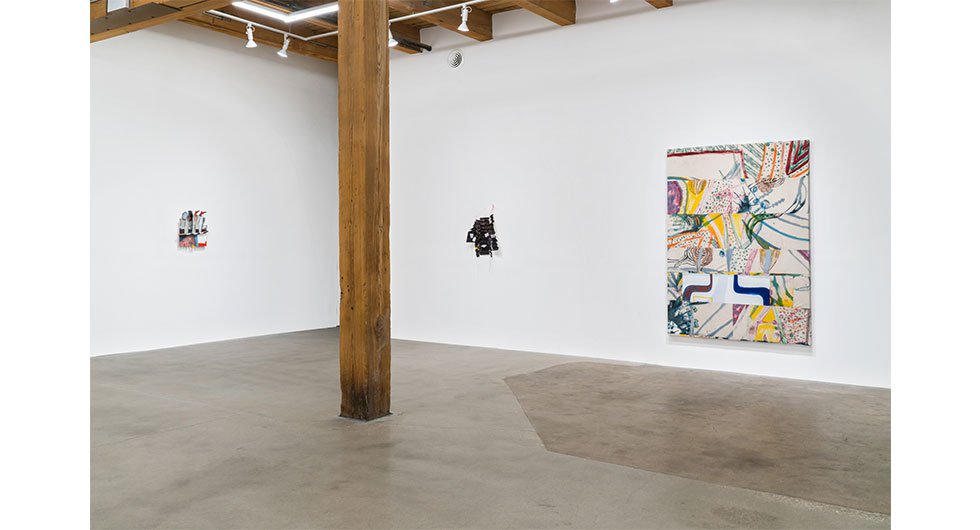 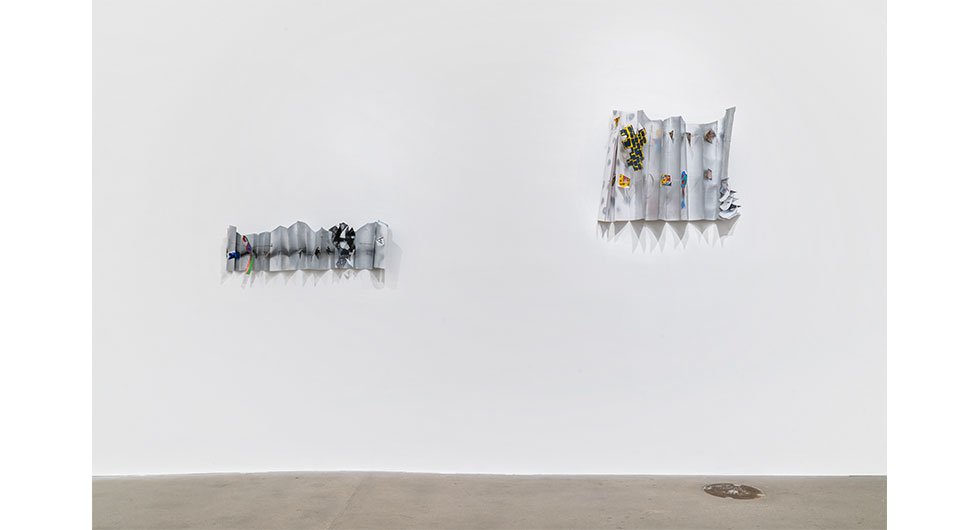 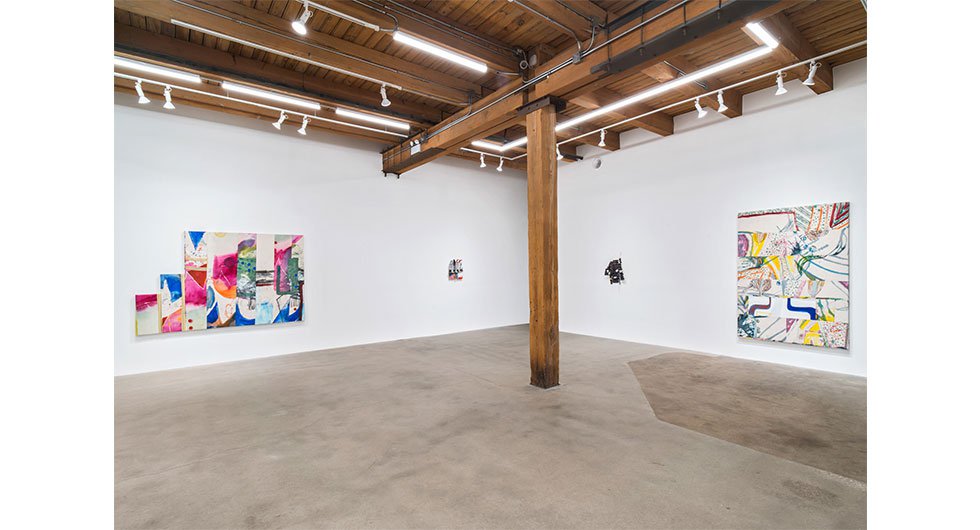 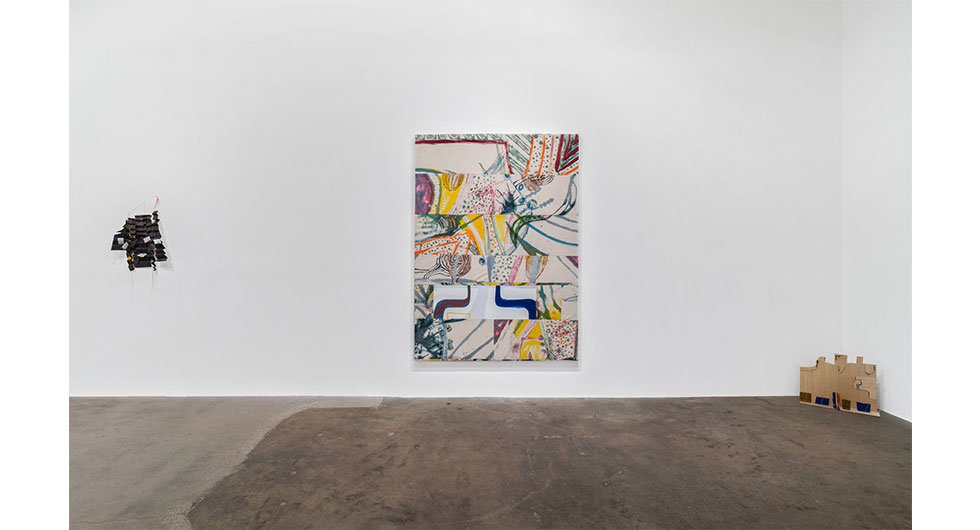 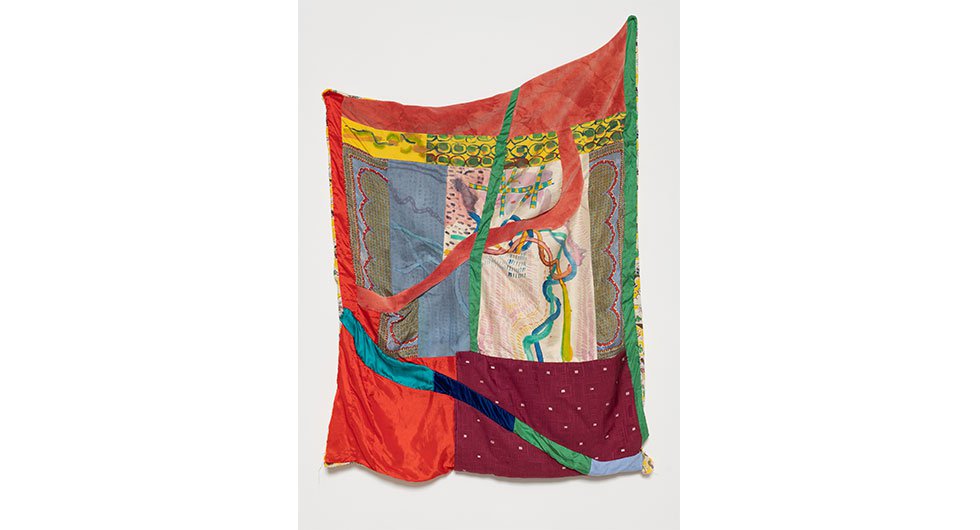 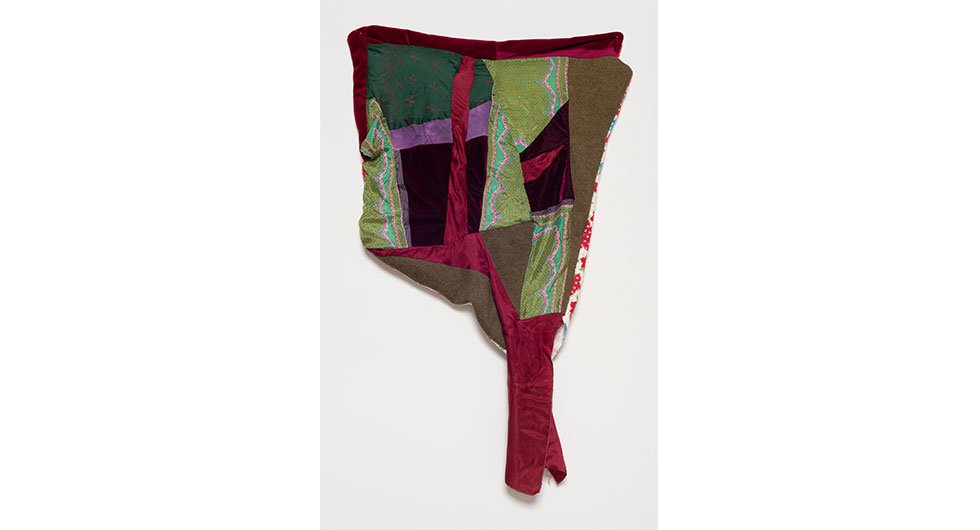 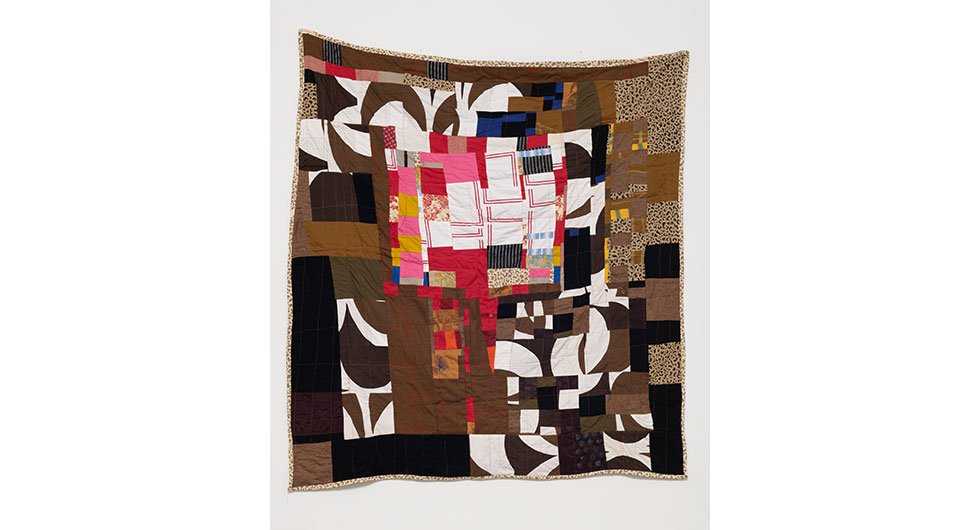 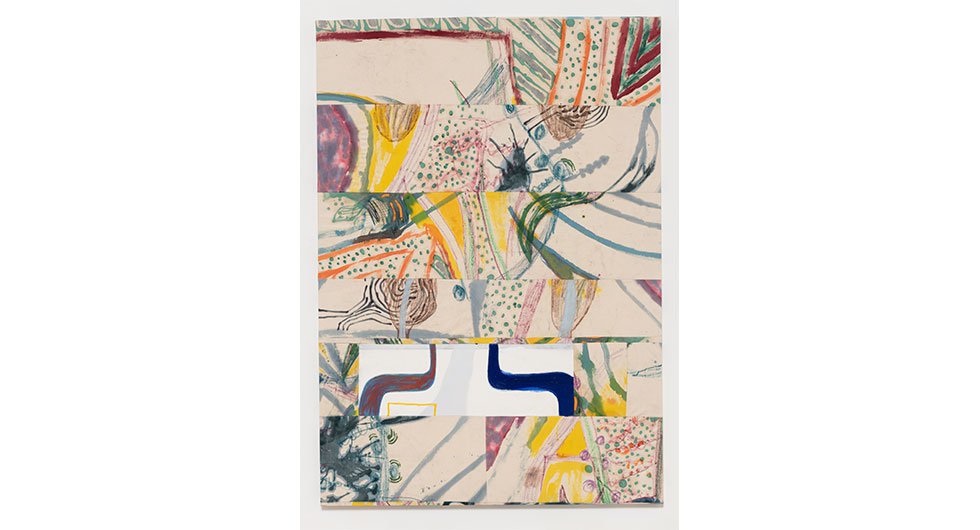 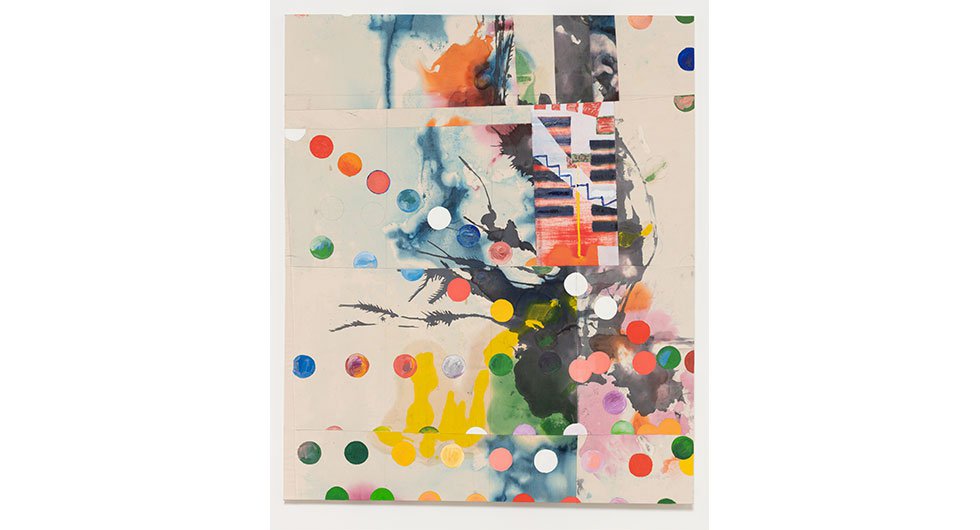 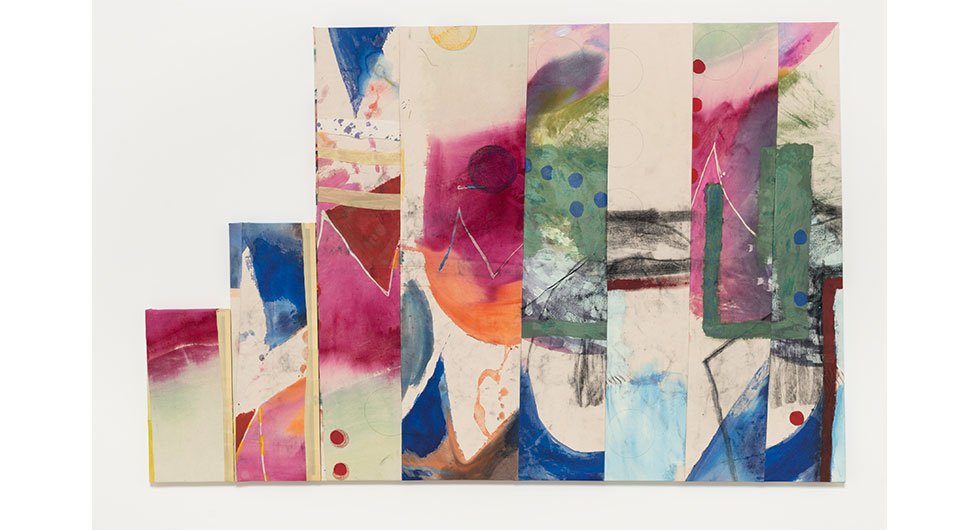 Molly Zuckerman-Hartung, Darkness is to Space as Silence is to Sound, 2021, charcoal, dye and latex paint on sewn canvas and polyester, 63 x 96 inches. Photo: Nathan Keay. 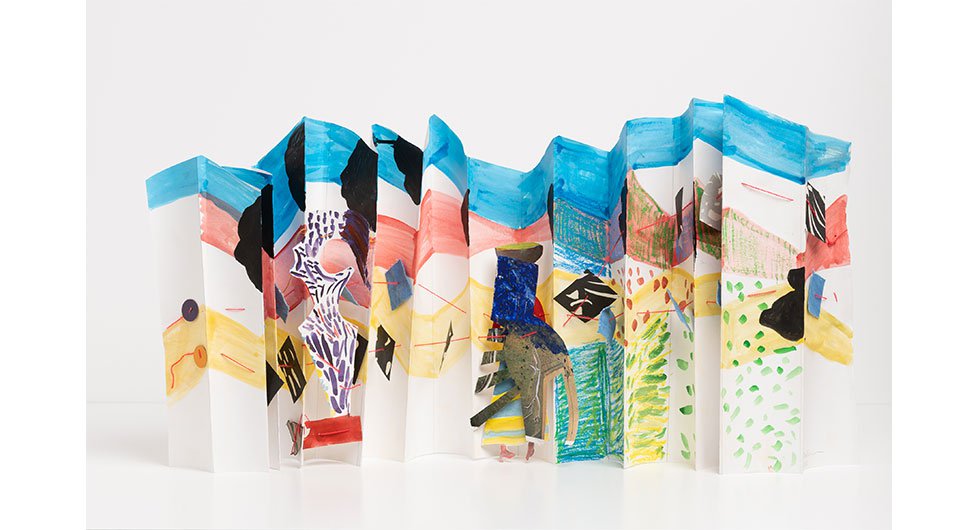 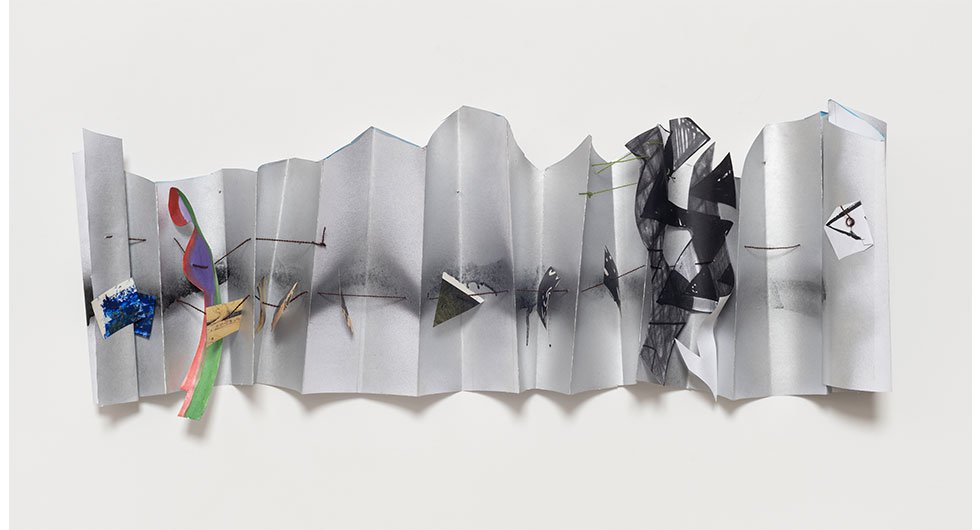 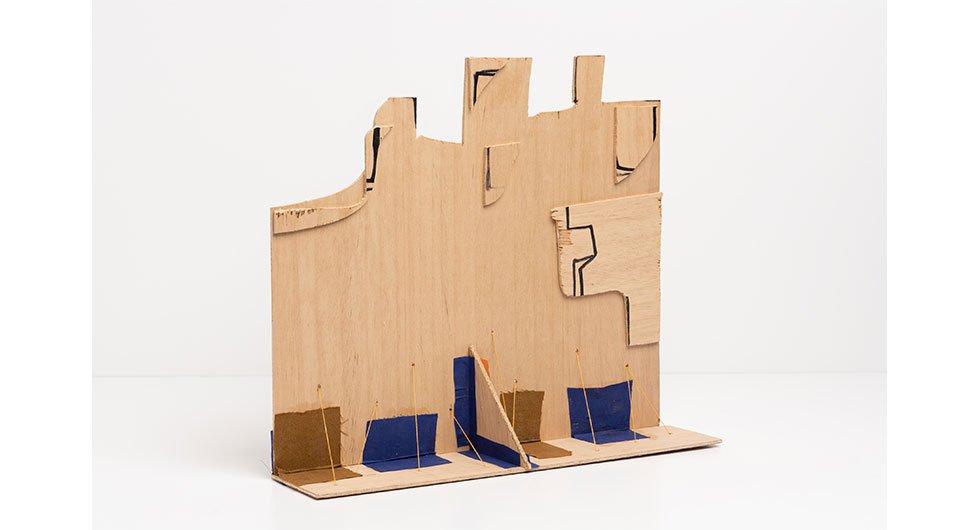 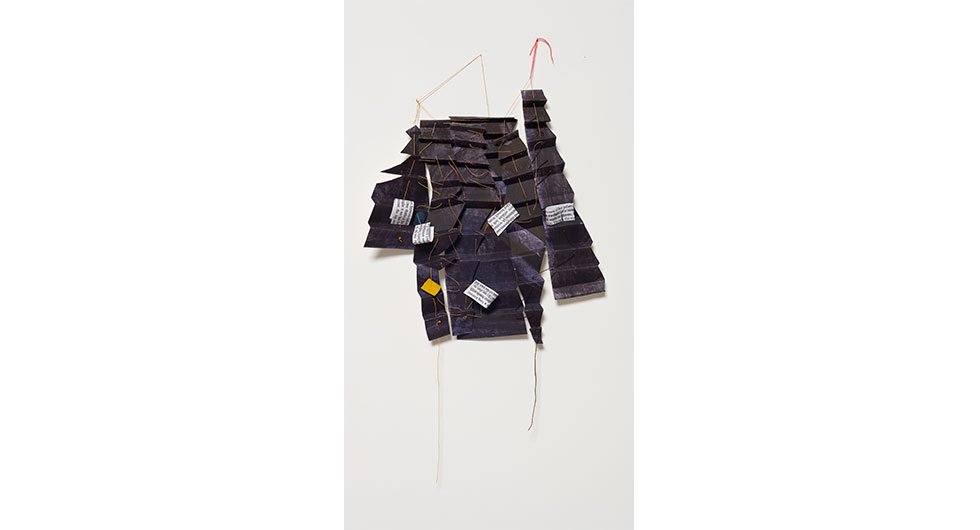 Molly Zuckerman-Hartung, In Praise of Shadows (-tion between the night in darkness One thinks of the face in), 2021, oil paint and xeroxes and string on paper, 39 x 22 inches (variable). Photo: Nathan Keay. 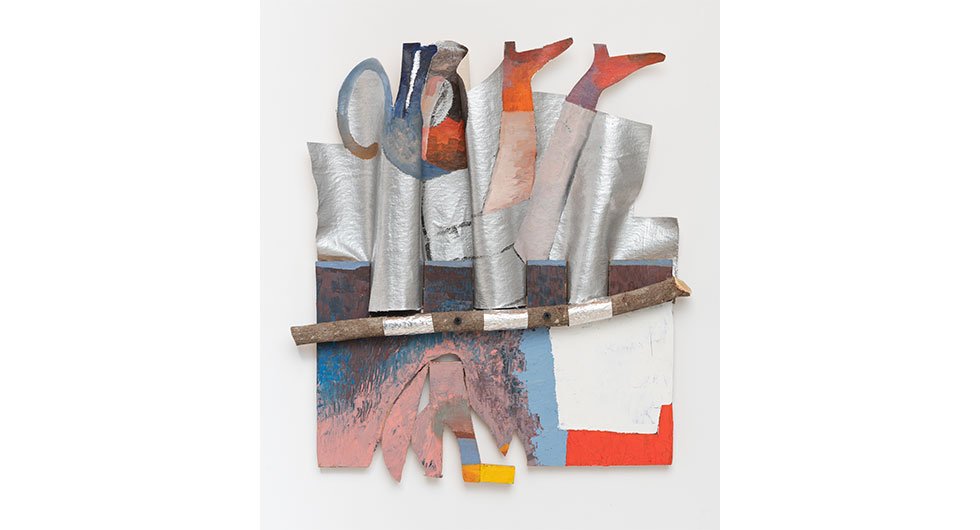 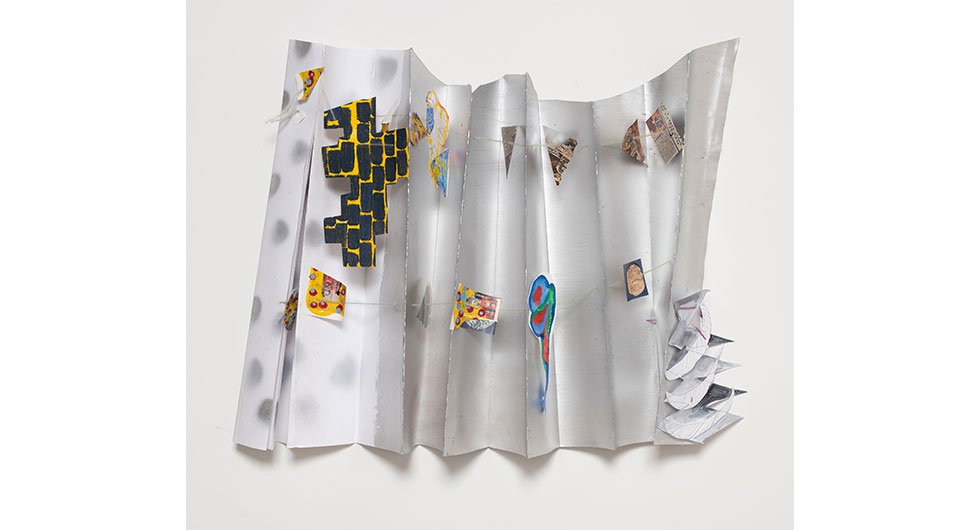 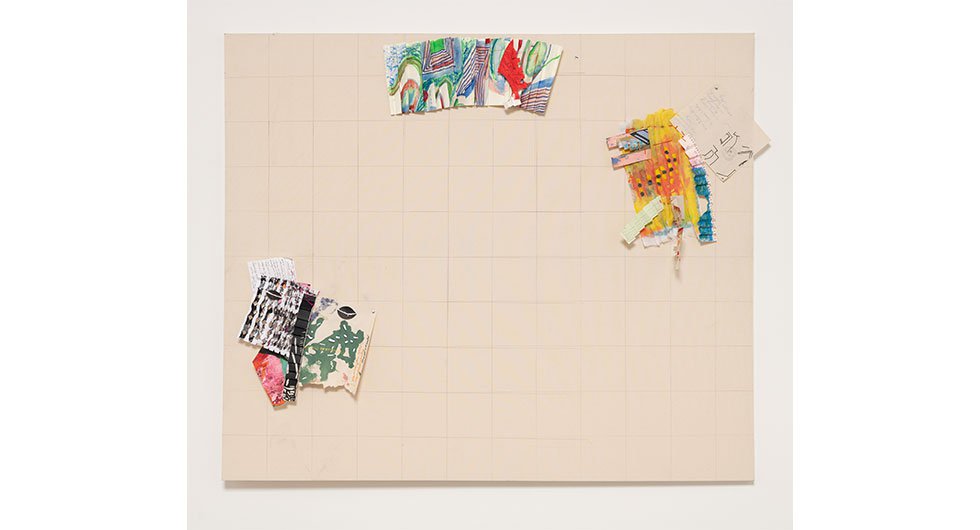 Corbett vs. Dempsey is pleased to present Flim-Flam, an exhibition of new work by Molly Zuckerman-Hartung and the artist’s fourth show with CvsD.

In Flim-Flam, forms repeat and vary, introducing an underlying morphological rhythm that connects the pieces and plots them on a trajectory back into her earlier work. Zuckerman-Hartung ranges freely between expressive modalities, choosing materials as needed, sometimes in order to achieve a particular result and other times to throw a wrench into a piece that’s proceeding too smoothly. “Flim-Flam might have its etymological roots in ‘film,’ as in a thin skin,” says Zuckerman-Hartung. “It used to refer to a con artist or swindler, but everyone knows these days the swindler is no longer a one-man operation, it’s a corporate snow-job! Flim-flam is a linguistic reduplication like zig-zag or flip-flop. It implies a fold, an expressive acceleration, a gathering of energy. The paintings are part-language hybrid objects, in the tradition of Charles Olson’s Projective Verse: ‘…the poem itself must, at all points, be a high-energy construct, and at all points, an energy-discharge.’”

A painter and drawer whose work has hovered in the rich nebulae between abstraction and figuration, Zuckerman-Hartung also works in three-dimensions – indeed, her paintings and drawings often feature relief or sculptural elements. Quilting has re-emerged as a key factor in her work. In this exhibition, draping textiles hang on a wall or sit on a plinth alongside stretched canvases, themselves often containing sewn elements with swatches of painting collaged together into new geometries that challenge rectangularity, the elements of which create unexpected continuities between their disparate parts. Among the 3-D works in the exhibition are a series of folded paper pieces, highly hybridized concatenations built around a basic accordion structure (something that dates back nearly 15 years in her work), forcing their alternating planes off the wall and out into the space, like a dollhouse scrim, privacy screen, or theater backdrop. “The folding has always been about the book,” says the artist. “About the gap, the enjambment, what’s missing or lost. What closes and opens. What hides.” Delicate and fragile – thin-skinned one might say – the folded paper pieces express an appreciation for the ephemeral, a love of the temporary, the makeshift. These are closely related to another group of floor-standing and plinth sculptures that are even more like stages; scale model setups, some with miniature artworks hanging within them, these continue Zuckerman-Hartung’s longstanding interrogation of the presentational context for painting. Three smaller folded paper works, for instance, are mounted on a large unprimed canvas, gridded in pencil. Having been brought together, they form a constellation, a new singularity gently brought into existence out of diverse uniquenesses.

Molly Zuckerman-Hartung’s work has been the subject of many solo and group exhibitions including the Museum of Contemporary Art, Chicago; the UCR/California Museum of Photography, Riverside; MOCA Cleveland; ReMap4, Athens, Greece; Walker Arts Center, Minneapolis; and the 2014 Whitney Biennial. Later in 2021, the Blaffer Art Museum in Houston will present a mid-career survey of her work. She is a Critic in Painting and Printmaking at Yale University.