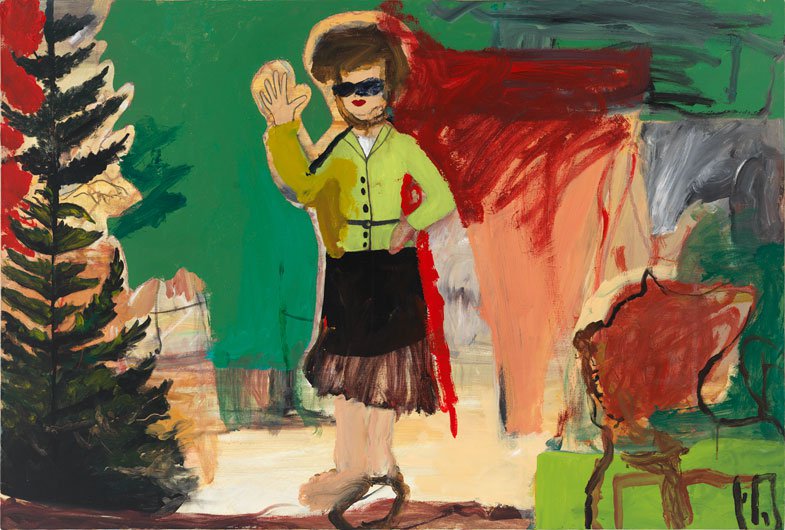 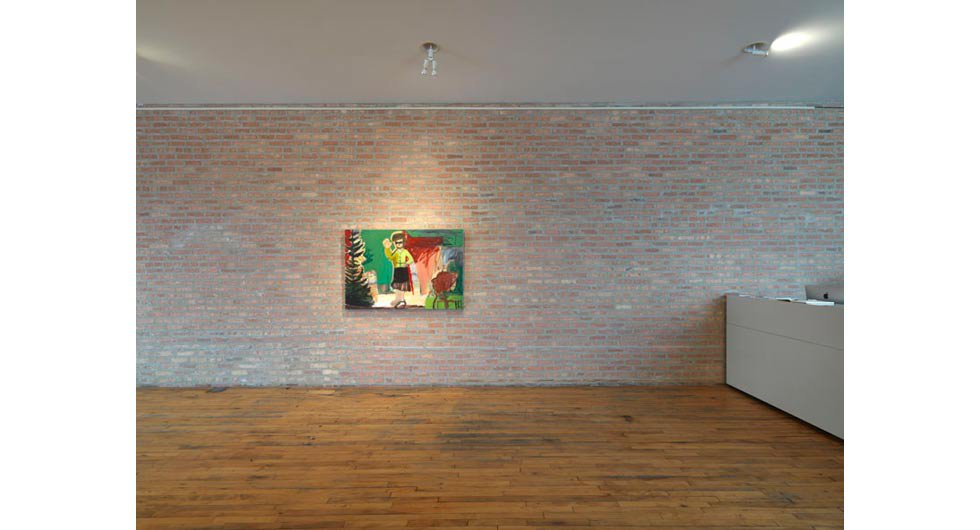 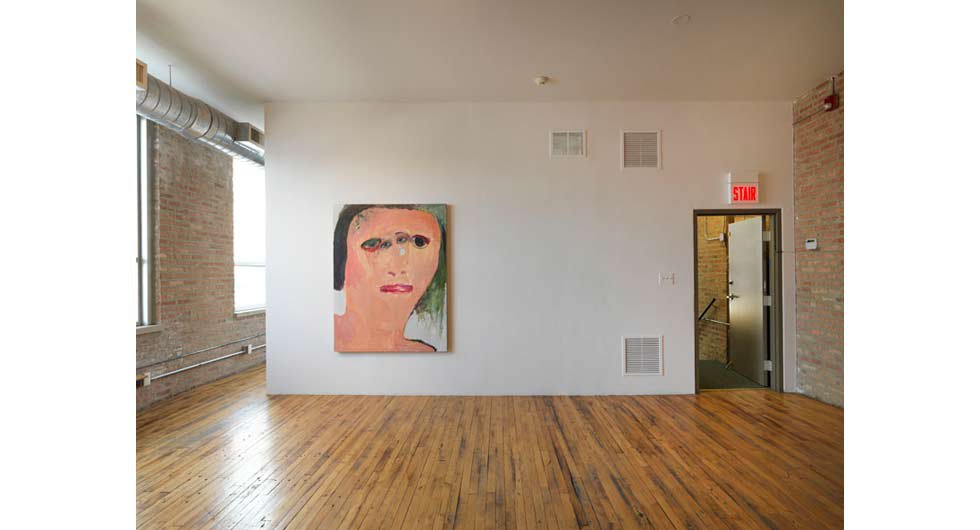 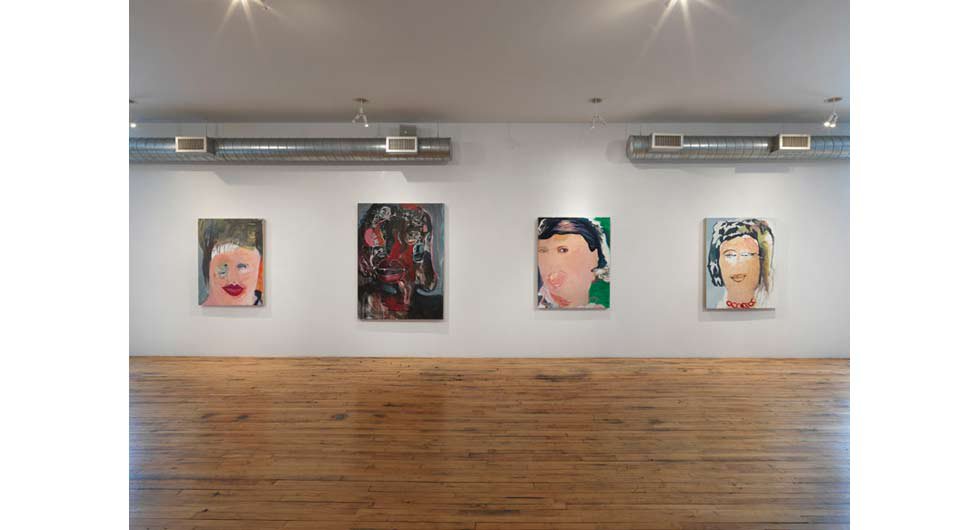 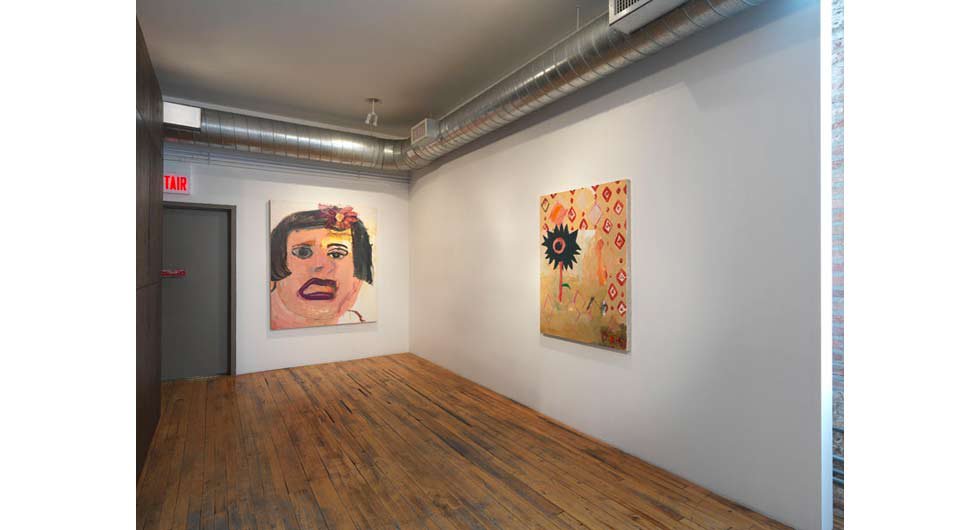 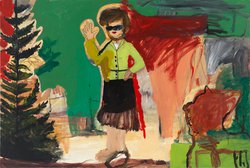 It is with pride that Corbett vs. Dempsey presents Greetings , an exhibition of new paintings by Margot Bergman.

In her fourth solo exhibition at Corbett vs. Dempsey, Bergman unveils an exciting body of work related to and building on the series of portraits she has been working on since 2008. Initially small scale and consisting of a face superimposed on an existing painting of a face (often a borrowed thrift-store canvas), these portraits are exemplified by a painting of Bergman’s in Unbound: Contemporary Art After Frida Kahlo , currently hanging at the Museum of Contemporary Art Chicago. The newest portraits are much larger and are exclusively painted by Bergman, rather than partially masking a found artwork. These works incorporate several different kinds of mark-making—a tight, refined pair of lips; an eyebrow scrawled in crayon; a patch of skin as color-field; a slashing, out-of-control lock of hair—into a harrowing series of visages, brutalized or knocked out of register, each one representing the possibility of a face as an accumulation of disparate features. Psychically charged and challenging, they are at the same time remarkably lyrical and beautifully painted, justifying the show’s slightly ironic title. The faces greet the viewer, returning the gaze and reflecting a projection of complex interior life. A full-color catalog accompanies the exhibition.

In the East Wing, Corbett vs. Dempsey presents an intimate show of three works by California artist Roy De Forest. One of the foremost artists associated with the Funk movement of the 1960s, De Forest’s playful, dense works have clear resonances with contemporaneous Chicago painting and drawing. This exhibition focuses on De Forest’s brilliant works on paper from the early 1980s.