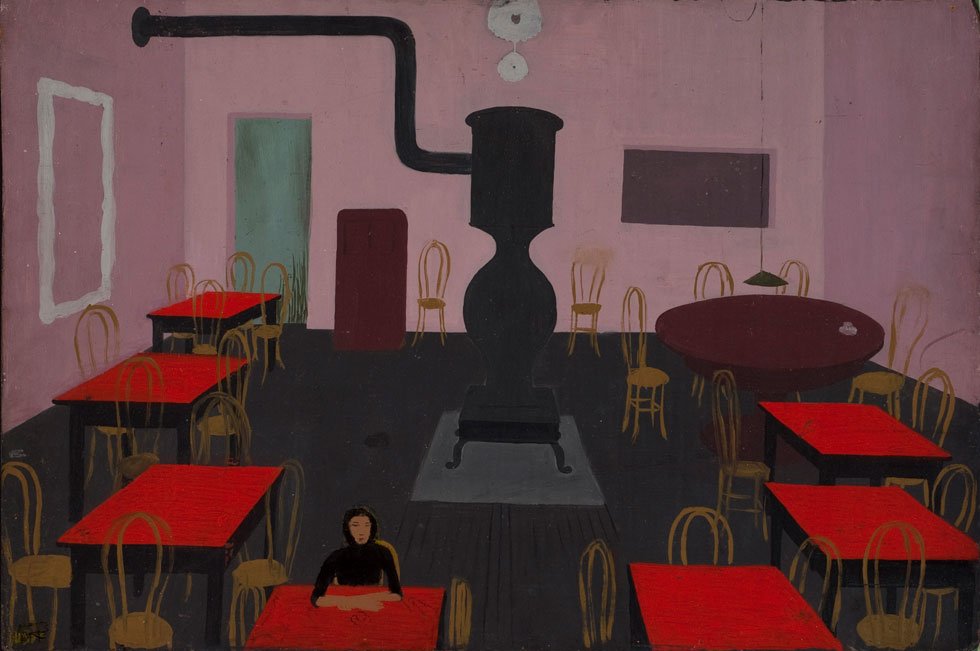 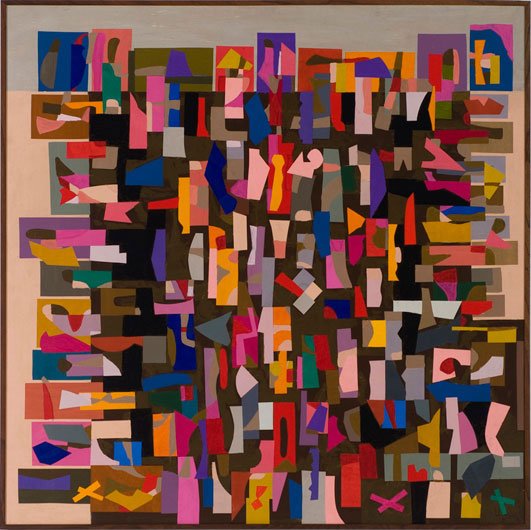 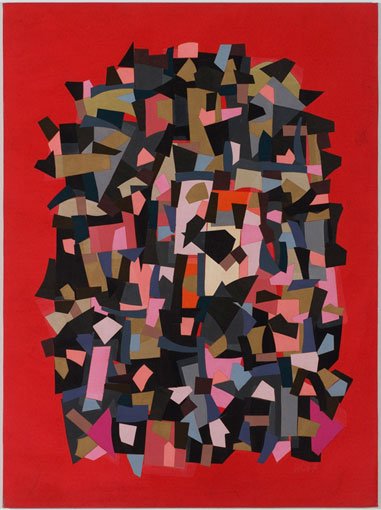 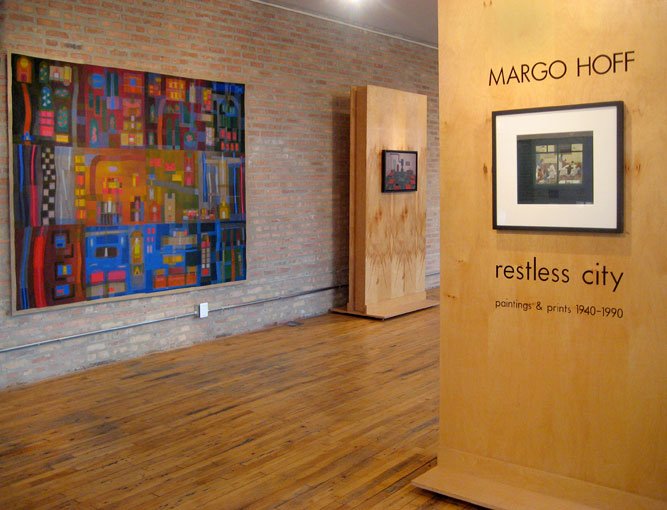 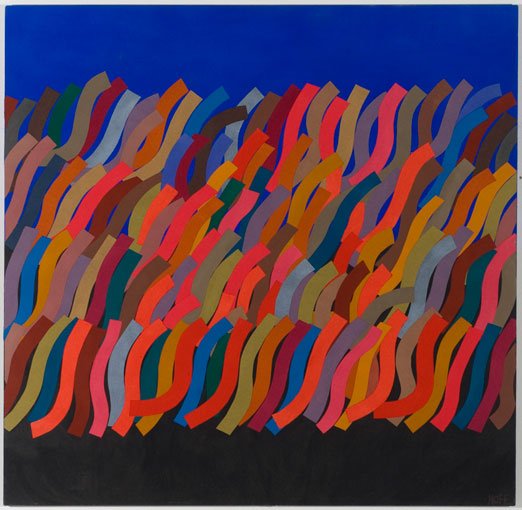 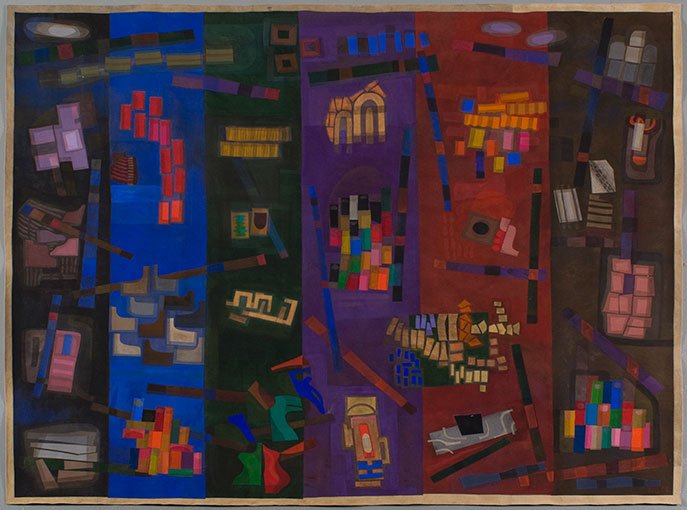 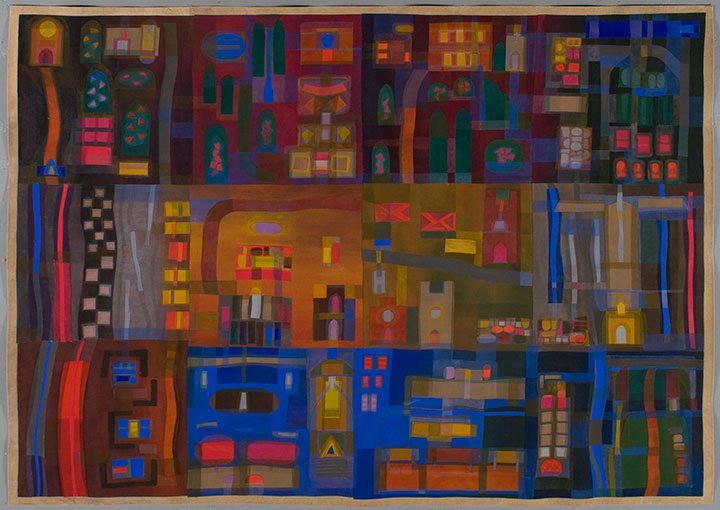 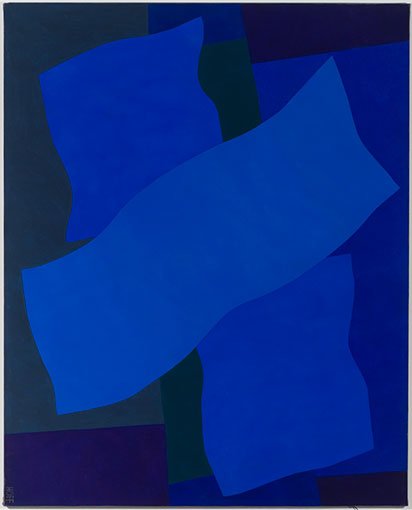 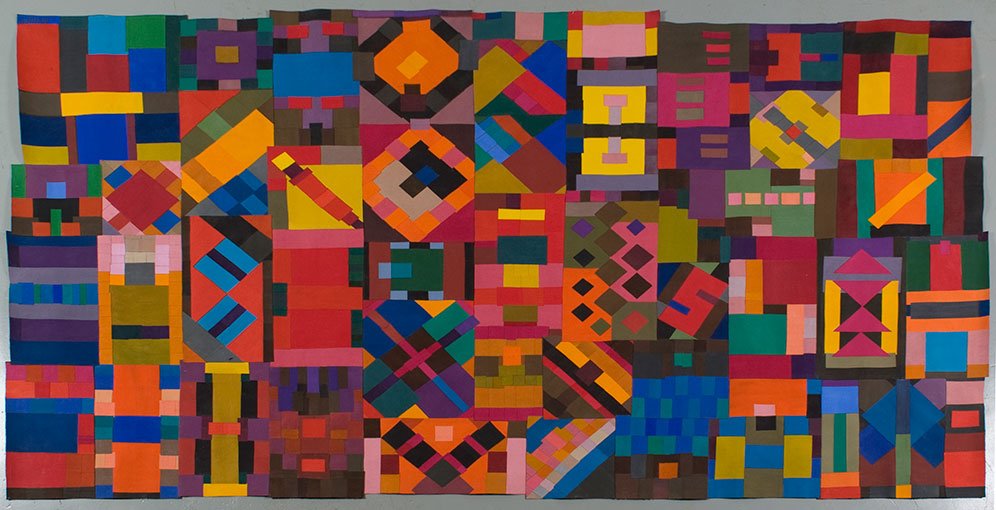 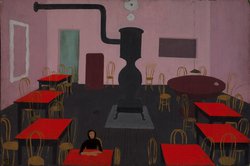 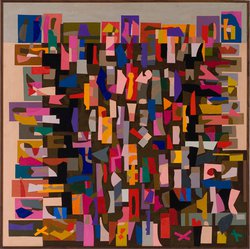 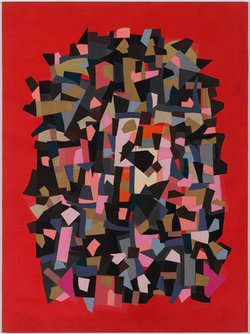 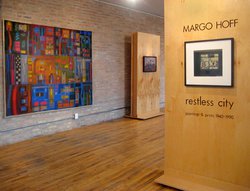 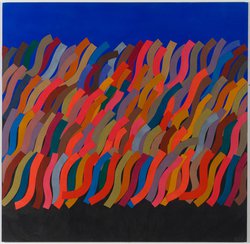 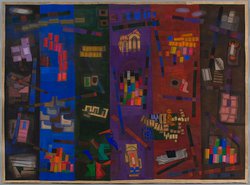 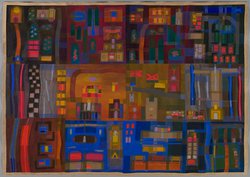 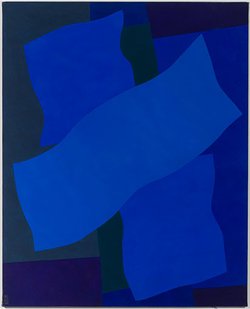 Margo Hoff was a thoroughly international artist, both in reputation and in personal philosophy. Over the course of an astonishing seven decades of artistic production, she was extremely well-traveled, exhibited extensively in many different kinds of contexts, and was celebrated in places far from her three most settled residences, Tulsa, Chicago, and Manhattan. And although her initial acclaim was earned as a painter, Hoff was in the most genuine sense a polyglot artist, working in a range of two-dimensional media including woodcut, lithography, casein, oil, watercolor, crayon, gouache, every variety of collage, textiles, and stained glass. Corbett vs. Dempsey’s exhibition will span the majority of Hoff’s lengthy and prolific career, and features woodblock prints, paintings, and painted “canvas collages” from 1940 through 1990.

After a youth spent as a member of a large family in Tulsa, Oklahoma, Hoff settled in Chicago. It was in the Windy City that she came to artistic maturity and formulated an aesthetic identity. Indeed, for many of her collectors and friends, she remains a great Chicago artist, despite the fact that she eventually spent nearly half a century in New York. But her style as a figurative painter – and to some extent even her signature approach to abstraction – were formulated in the vibrant and highly stimulating environs of Chicago’s mid-century art scene, starting with her studies at the School of the Art Institute.

Hoff’s Chicago work was almost entirely figurative. Her approach to figuration was deeply influenced by the Mexican painters of the 1930s, whose work she encountered early and in person during trips to Mexico. Where her earliest work was rich in volumes and modeling, she eventually began to incorporate more complex patterns, exchanging naturalism for a more stylized kind of figuration. This may well have been impacted by her work as a printmaker, which was quite extensive in the ’40s and ’50s, especially in the tricky medium of woodblock, of which she was an absolute master. Some of her most emblematic images are her woodblock prints, often made in tiny editions, from this period.

With a move to New York in 1960, Hoff’s work changed significantly. More brightly colored and less earth-toned, the new work was also increasingly abstract. Evolving a highly personal version of post-cubist abstraction, in which the play of hyperactive color and geometric form creates energy and motion without relying on definite perspective, Hoff’s New York oeuvre is full of masterpieces, some giant and some miniscule. Her interest in the budding world of fiber arts drew her to use more disparate materials, including rubber and fabric, in her bright, magical collages.