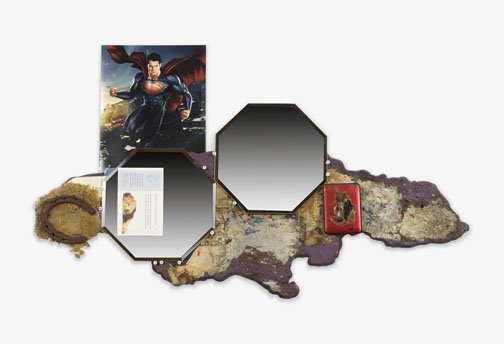 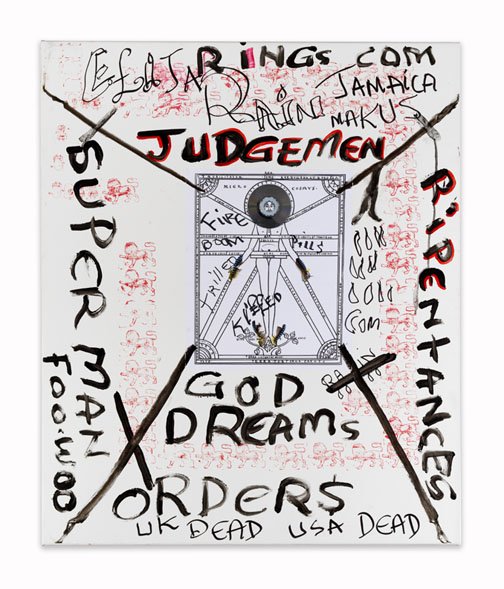 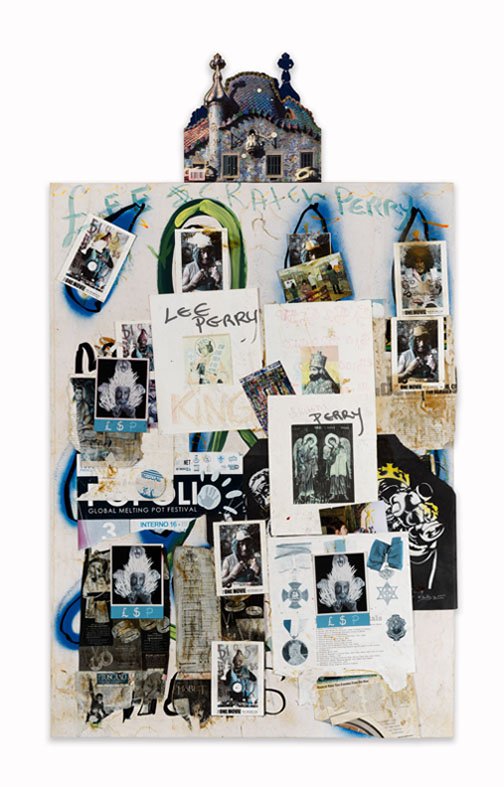 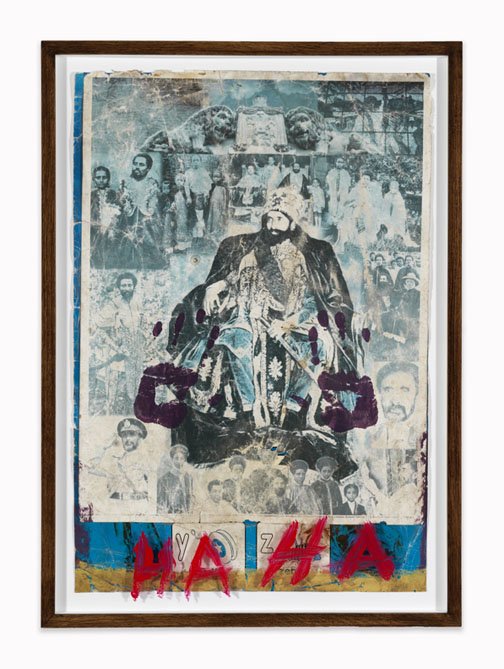 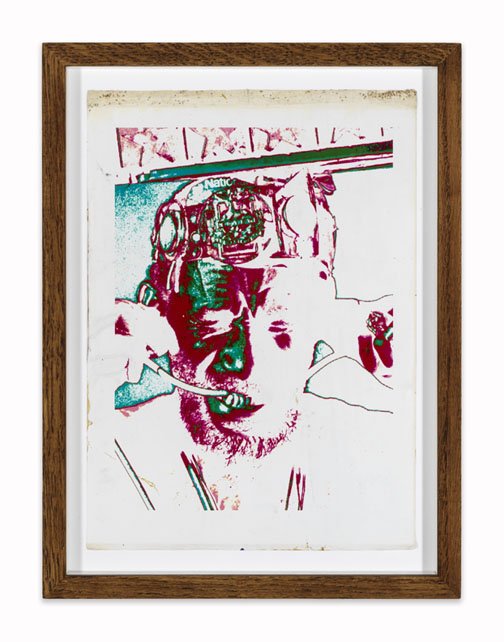 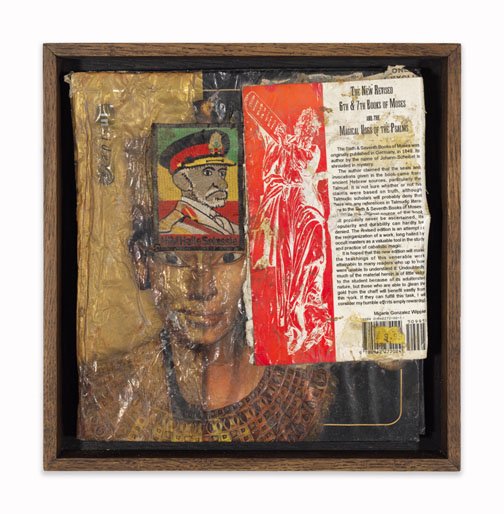 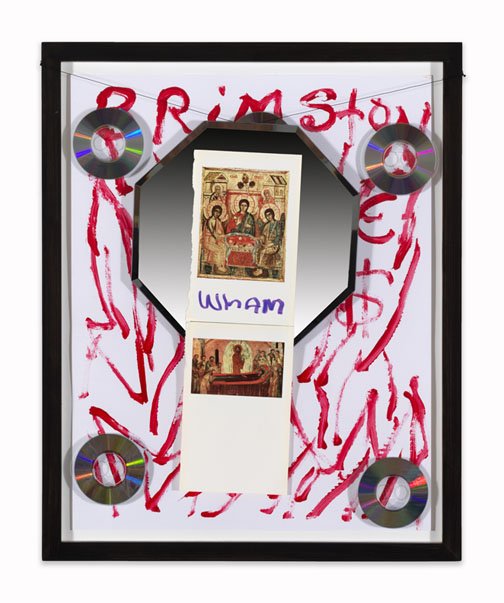 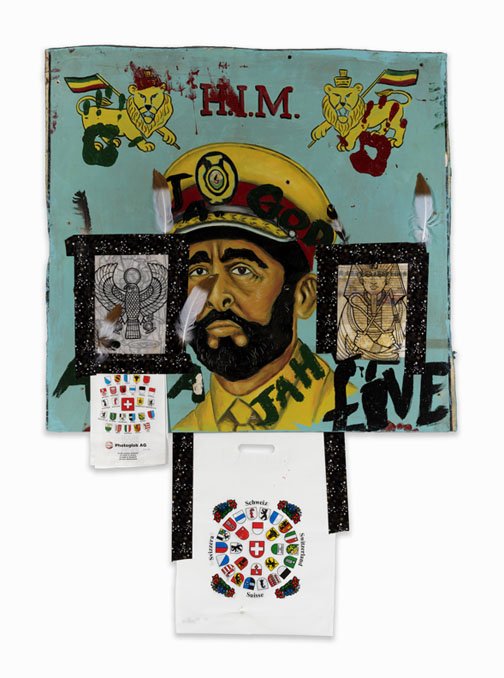 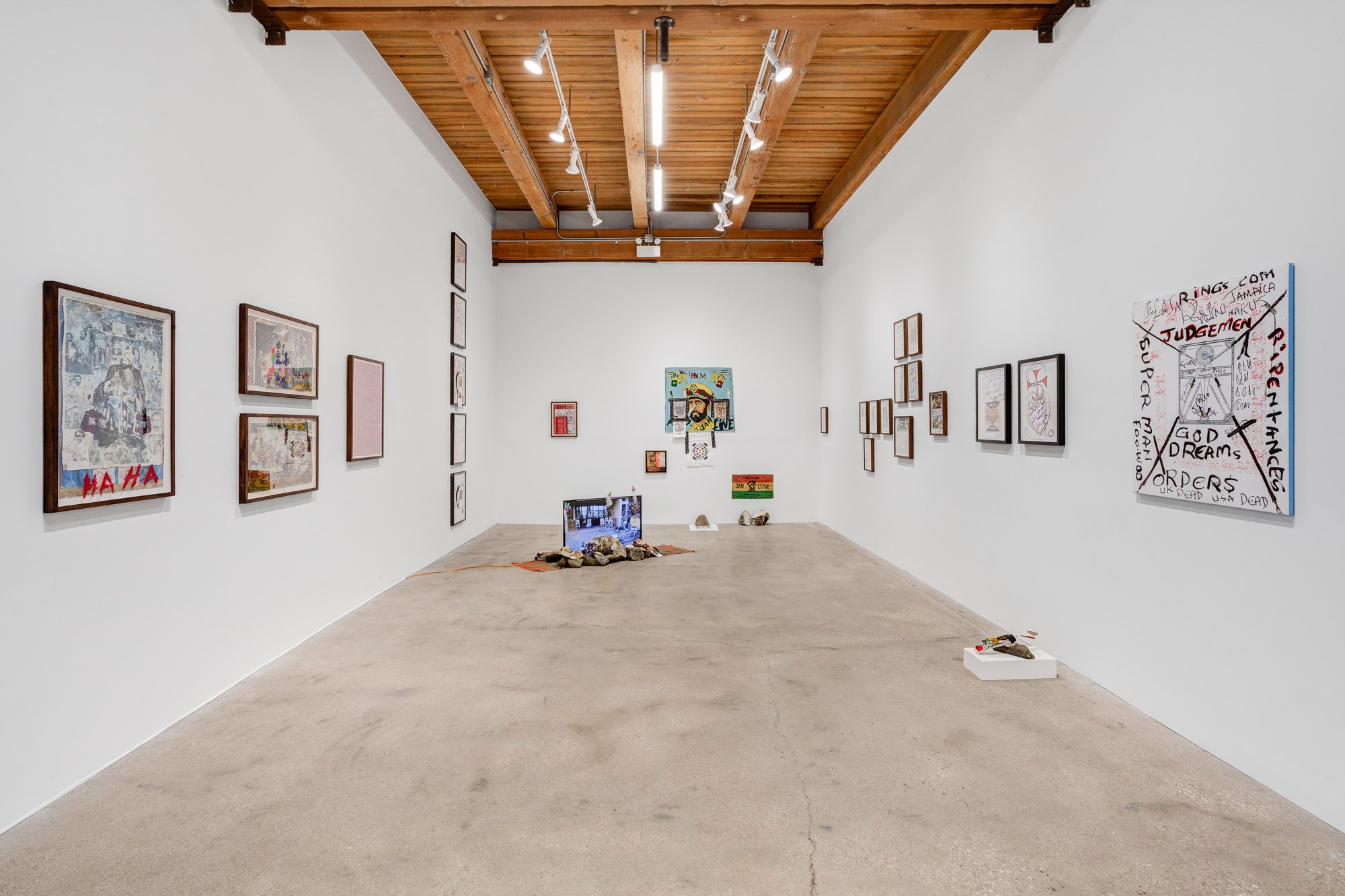 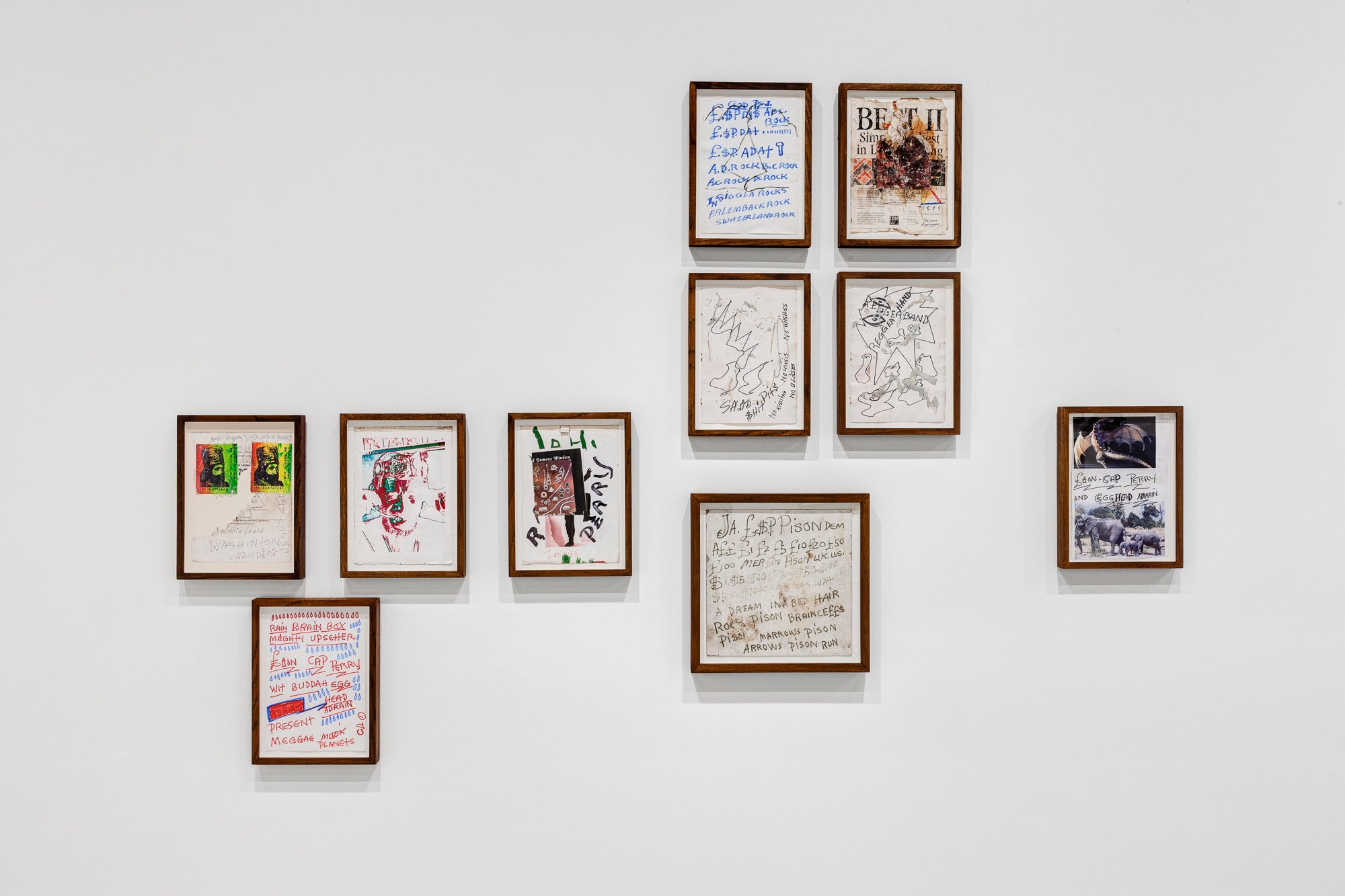 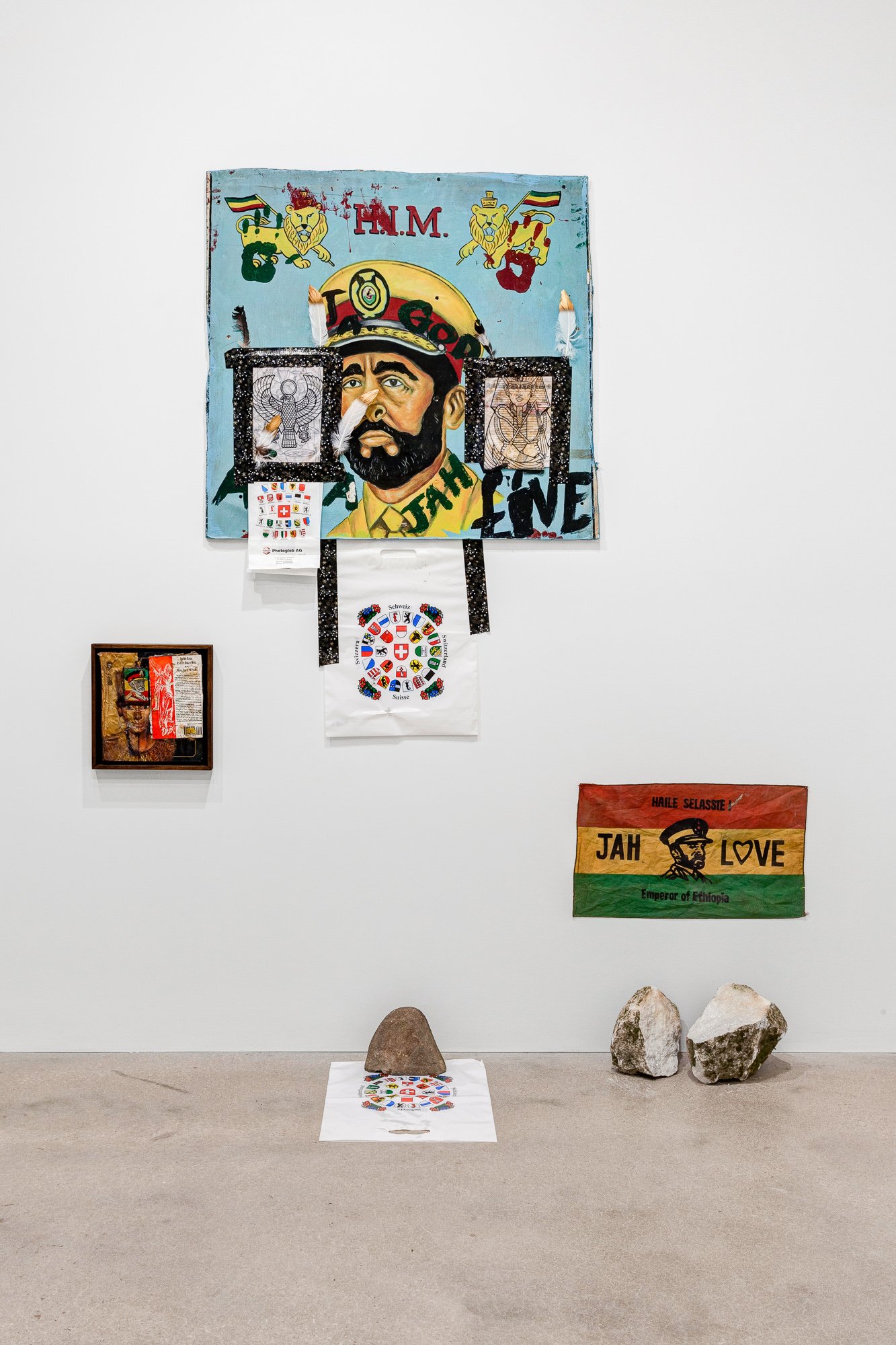 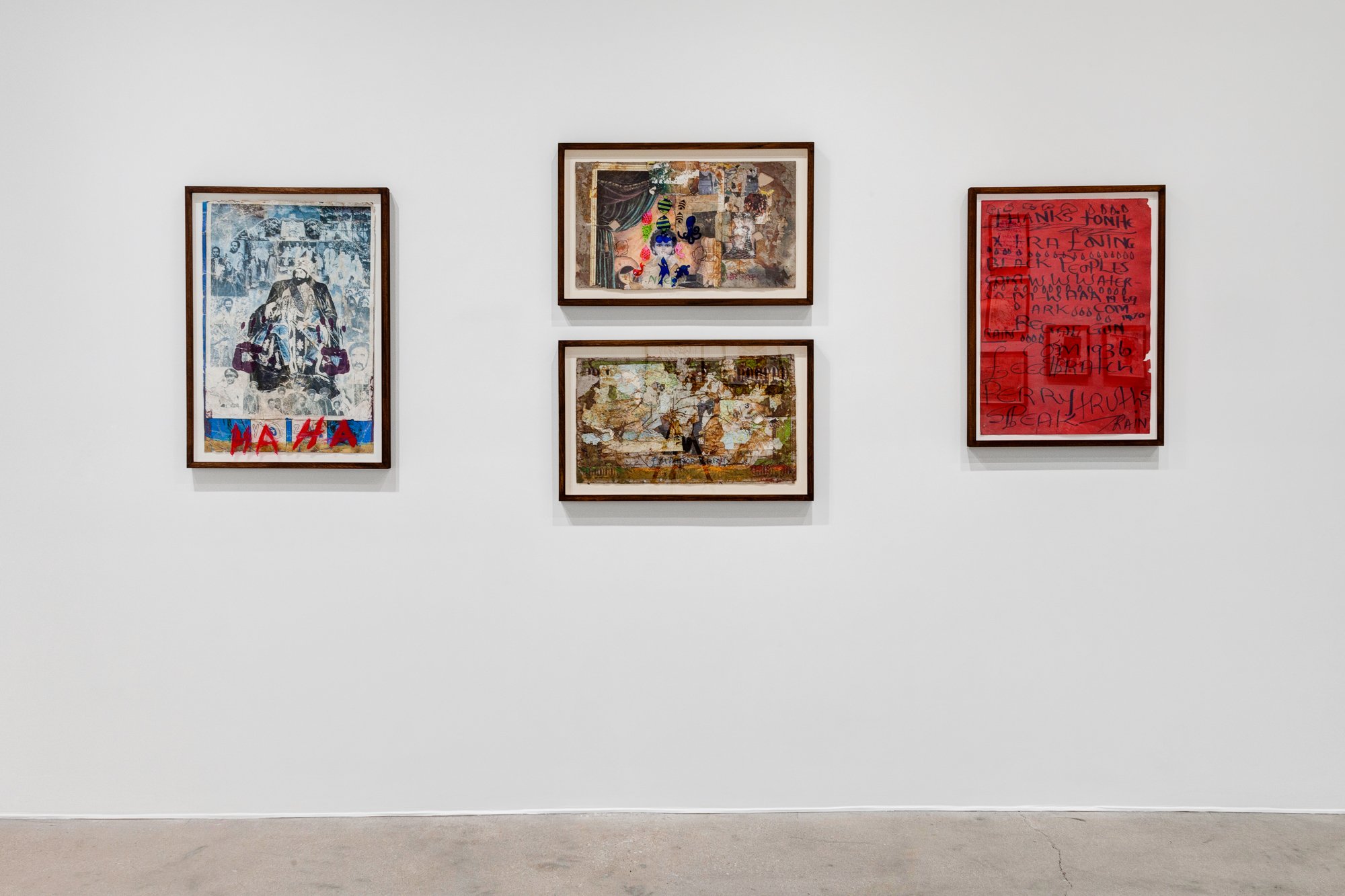 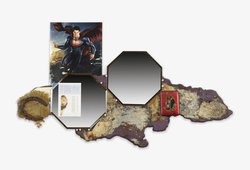 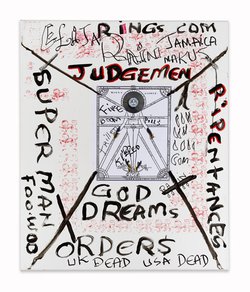 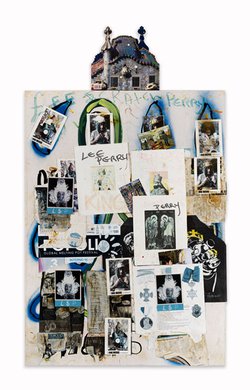 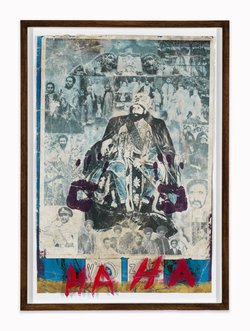 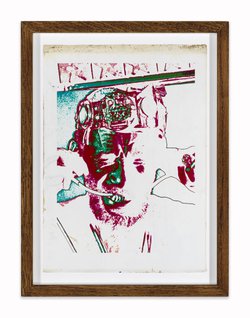 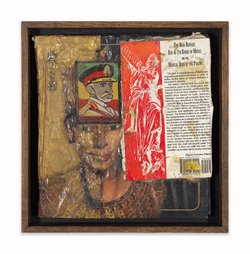 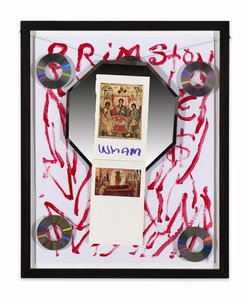 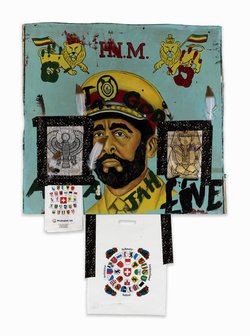 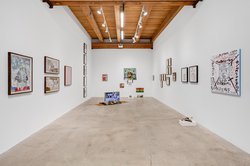 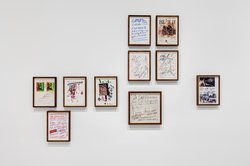 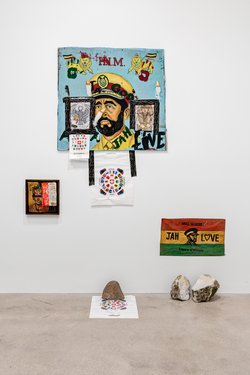 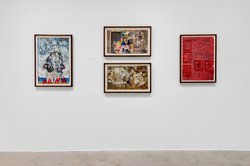 Corbett vs. Dempsey is delighted to present an exhibition of paintings, collages, and installation work by Lee “Scratch” Perry. Originally presented in a different incarnation at the Swiss Institute in New York, curated with Lorenzo Bernet, this remixed version also includes previously unseen works. MIRROR MASTER FUTURES YARD is the first exhibit of Perry’s work in the Midwest and one of only a handful of gallery exhibitions in the world. One of the major forces in the development of reggae music and the related field of dub, Perry is an iconic figure in the history of 20th century pop culture. His myth-enshrouded musical legacy has led to his current expatriate life in rural Switzerland, where Perry remains a complex and contradictory artist. Born in a remote Jamaican village in 1936, Perry settled in Kingston in 1961, pursuing a career in music, after a divine voice directed him there. Perry has been part of every phase of music on the island since the mid 1960s. In 1973, Perry opened Black Ark Studios, where he produced some of the most adventurous music of the era, including pioneer works of dub, an art form that he helped innovate and then explored in depth. Existing songs were drastically reconfigured, stripping out the vocals, pumping up the bass, flanging and echoing the instruments, and adding sound effects to create sonic collages with magical properties. Dub paved the way for the concept of the remix, a notion so central to contemporary global popular production that music now is unthinkable without it. Perry’s work as a visual artist dates back to the prime years at Black Ark, where he covered the walls with text and image, layering them with mysterious signs, occult symbols, and uproarious puns and spoonerisms. The sonic dub work began to crossfade into visual art, his collages and installations taking on similar palimpsest-like encrustations. In 1983, Perry set fire to his studio, assuming a nomadic life until he re-emerged in Switzerland in 1989. He now works out of a mountainside studio he calls Blue Ark, where he makes graffiti-covered paintings that are often self-referential and packed with humor and hidden meanings, sometimes using antiquated laptops and relics from the conflagrated Black Ark as substrates, incorporating mass-produced stickers and wooden sticks, rocks and mirrors, TV monitors and photographs. Lee “Scratch” Perry approaches the world synaesthetically, as an all-encompassing creative project, applying the obeah-dread-rasta-Krishna-alien-space-mirror brain of a legitimately self-proclaimed “miracle man” to his work as an intermedia artist. CvsD is incredibly honored to offer a look under the hood of LSP.